This trip has been full of emotions, new experiences and contact with cultures so different from our own.
The trip to the Okavango Delta was another high point in this African Adventure.
The Okavango river starts in Angola, and flows into the Kalahari desert, where it creates an intricate system of canals that are separated by numerous islands, until it disappears completely in the desert sands.
The Okavango delta covers over 15.000km2 and, despite only discovering a tiny part of it’s ecossystem, was one of the most stunning landscapes I have seen, and one of the most extraordinary experiences I’ve ever had in my life! 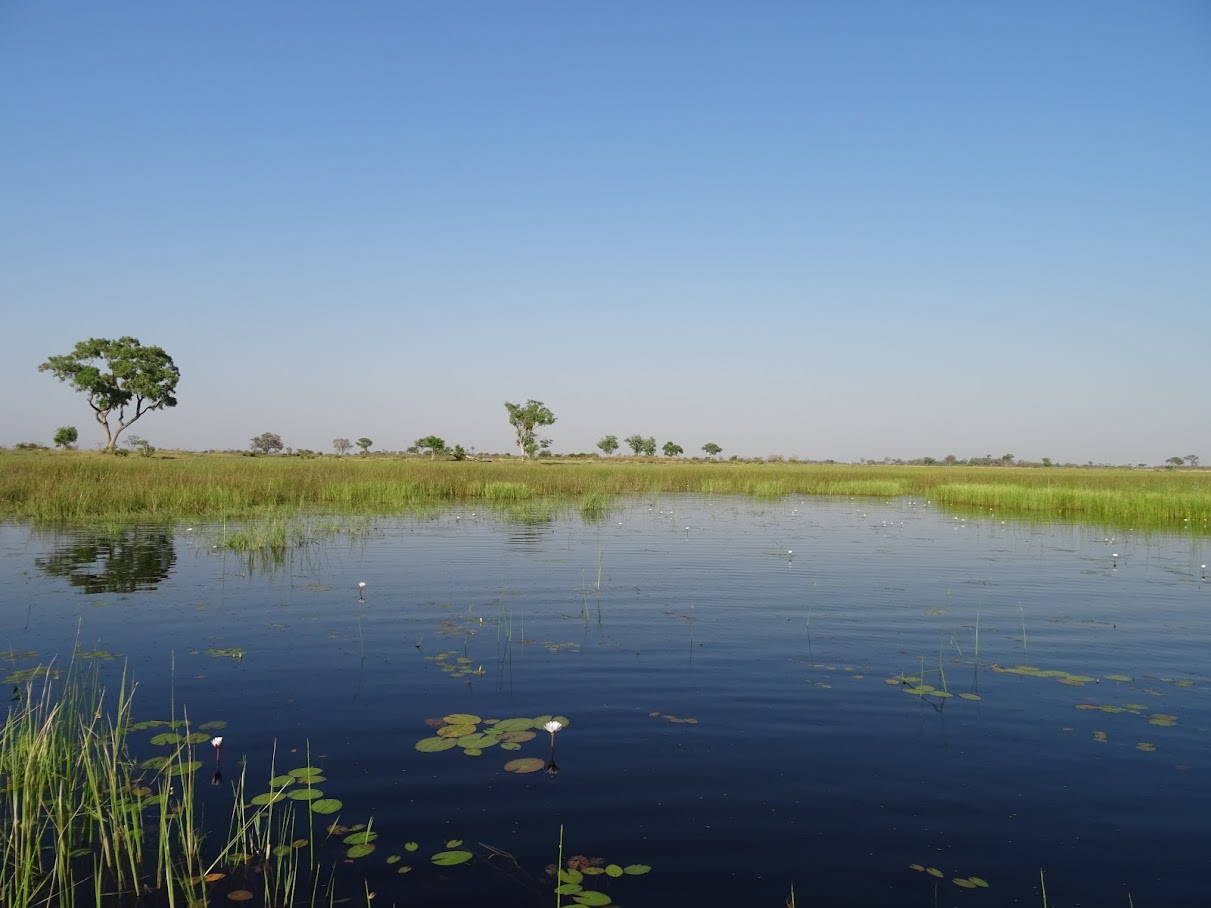 Our incursion into the delta was by the local boat, the mokoro, which is a type of canoe without paddle. It’s the polers that use the pole to push us between the dense vegetation that comes out of the water. It was like being inside a National Geographic documentary. And, at the same time, was a moment of great peace. Only the sounds of the water and the birds were around us. The sun was already very hot although still not at it’s peak. The green colors of the vegetation and the blue of the sky created a tranquil contrast. 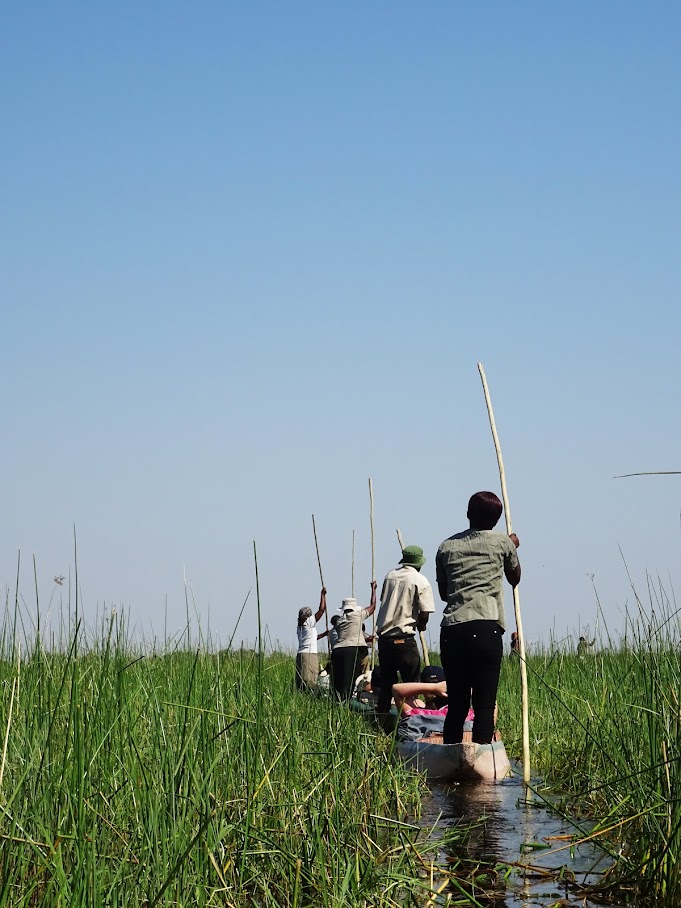 The hour that passed since we left the shore until we reached the campsite was, in fact, a moment of wonder towards Nature. We saw some elephants, toads, different species of birds and hippos. On the way back these last ones were to blame on the biggest scare of my life, but we will get to it… 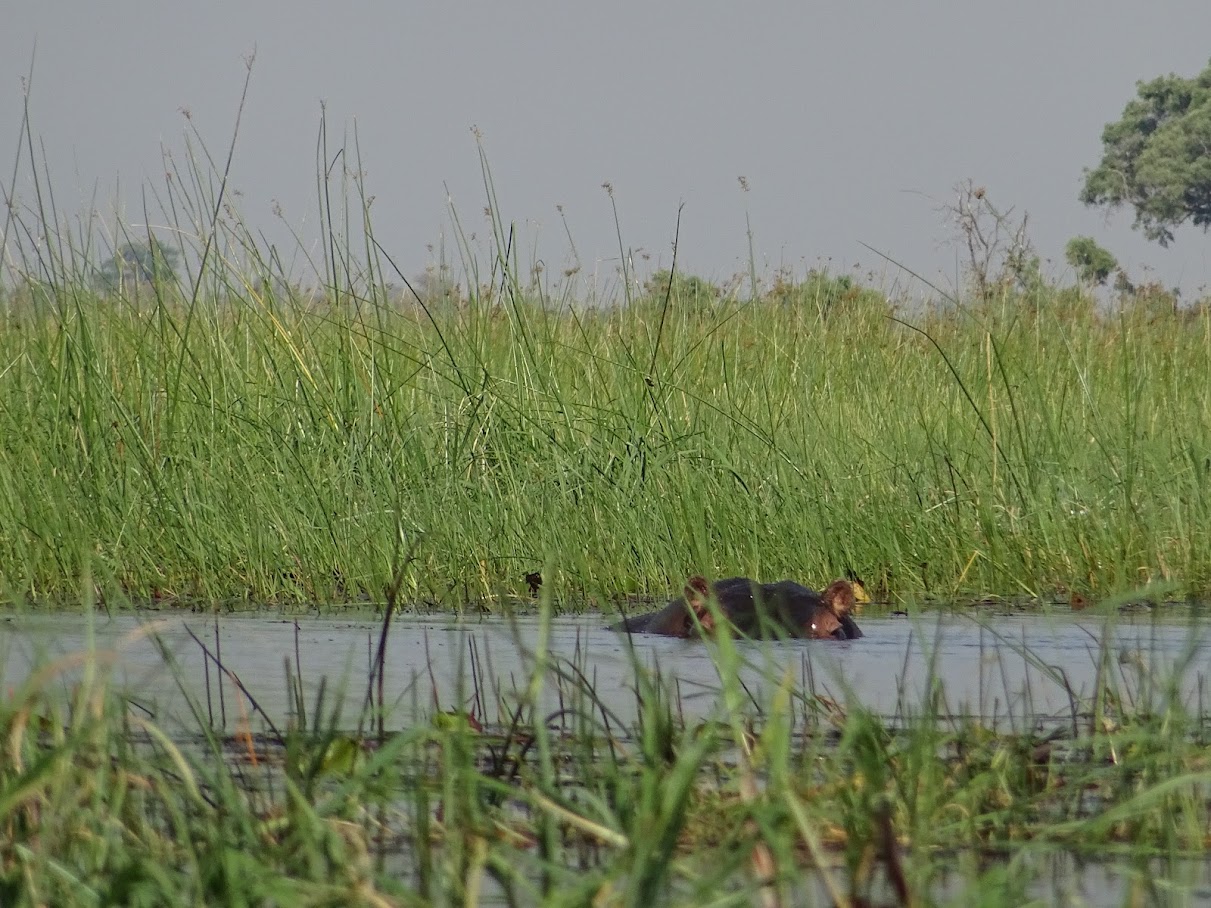 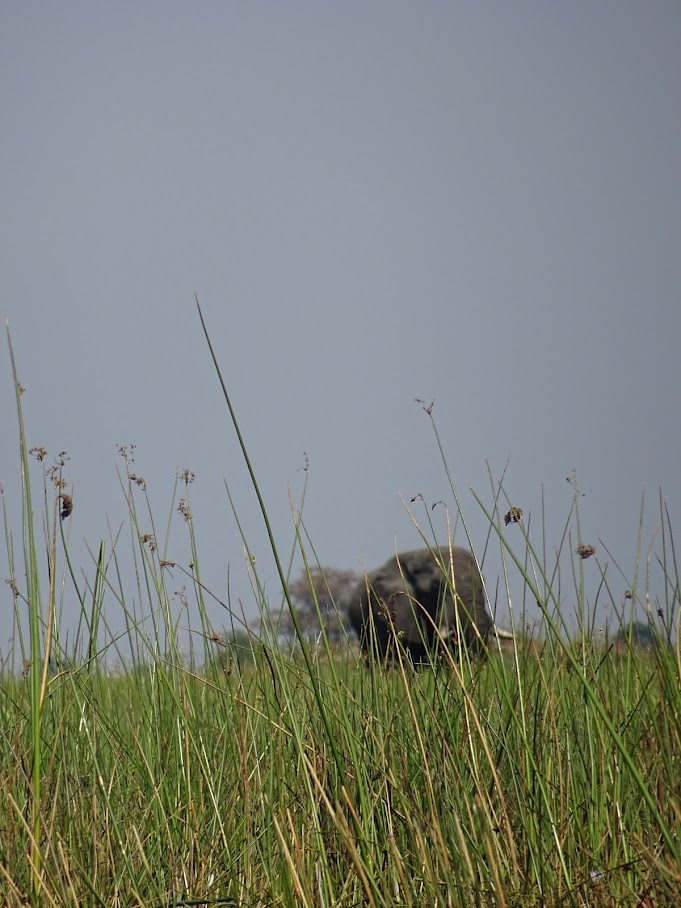 When we arrived at the camp around 10:30 am, the heat was unbearable, but it got even hotter as the time passed.
Some time before sunset we went on a kind of safari, but on foot! We knew that the Okavango delta is rich in animal life, including lions, buffalo and leopards, but the scenery was so calm that it was hard to conceive the notion of being afraid of something.
We came to know later that our guide had been in more than one dangerous situation with lions… Thankfully I did not hear that before!
Our guide, Sparks, was very shy, and the tallest and skinniest among all the polers that transported our group, but he was always smiling and had the eyes of a hawk! He could spot animals from a much further distance than I ever could. It was impressive! 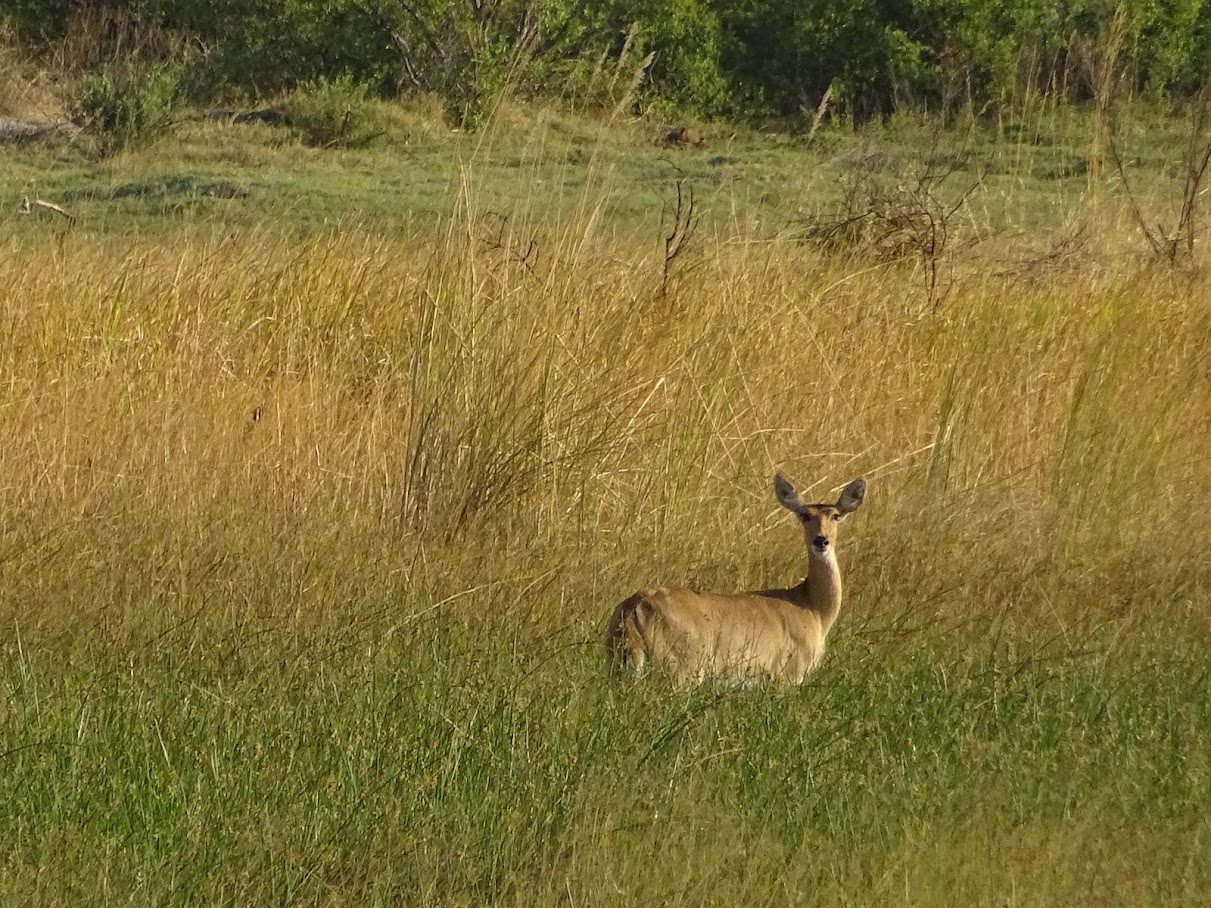 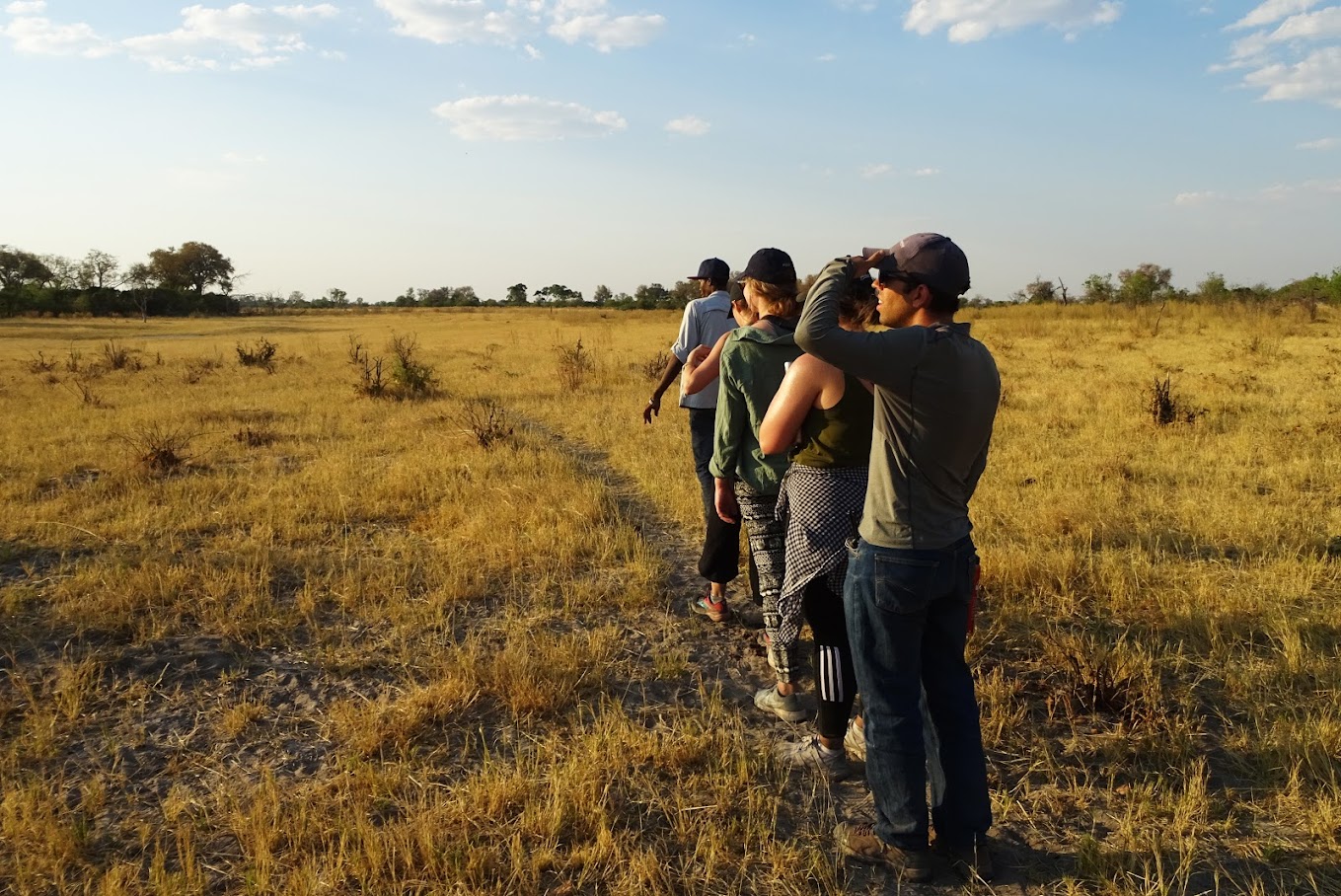 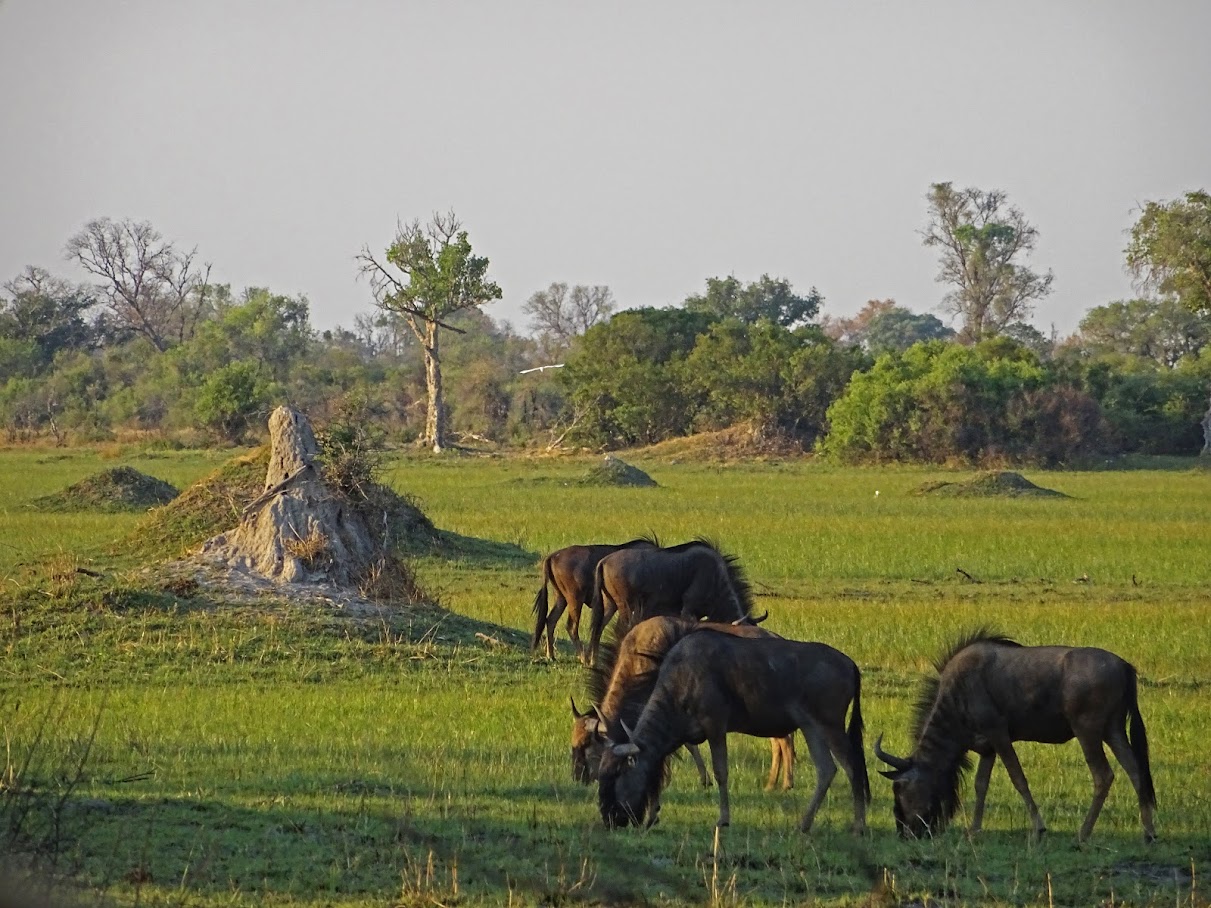 Even though we did not see animals in great numbers, it was an incredible experience. Much different than a safari on a 4×4, where the noise of the engine doesn’t let you feel the peace of being in the heart of Nature’s symphony.
It’s truly beautiful to be in the African wild. The sunset was one of the most incredible as well. 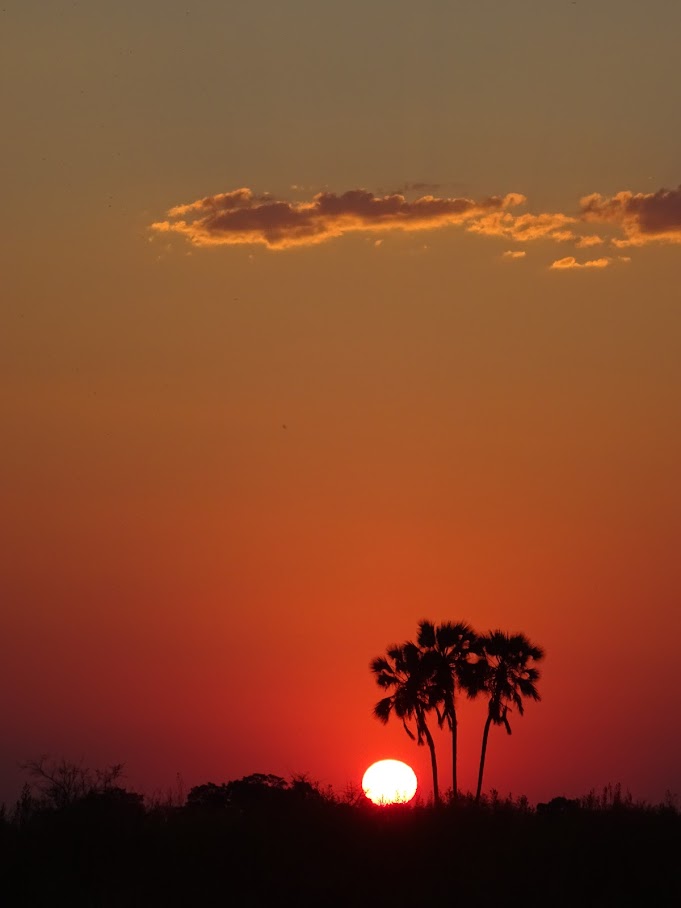 By the time we arrived at the campsite, it was dinner time. A moment around the fireplace followed, under a magnificent sky. 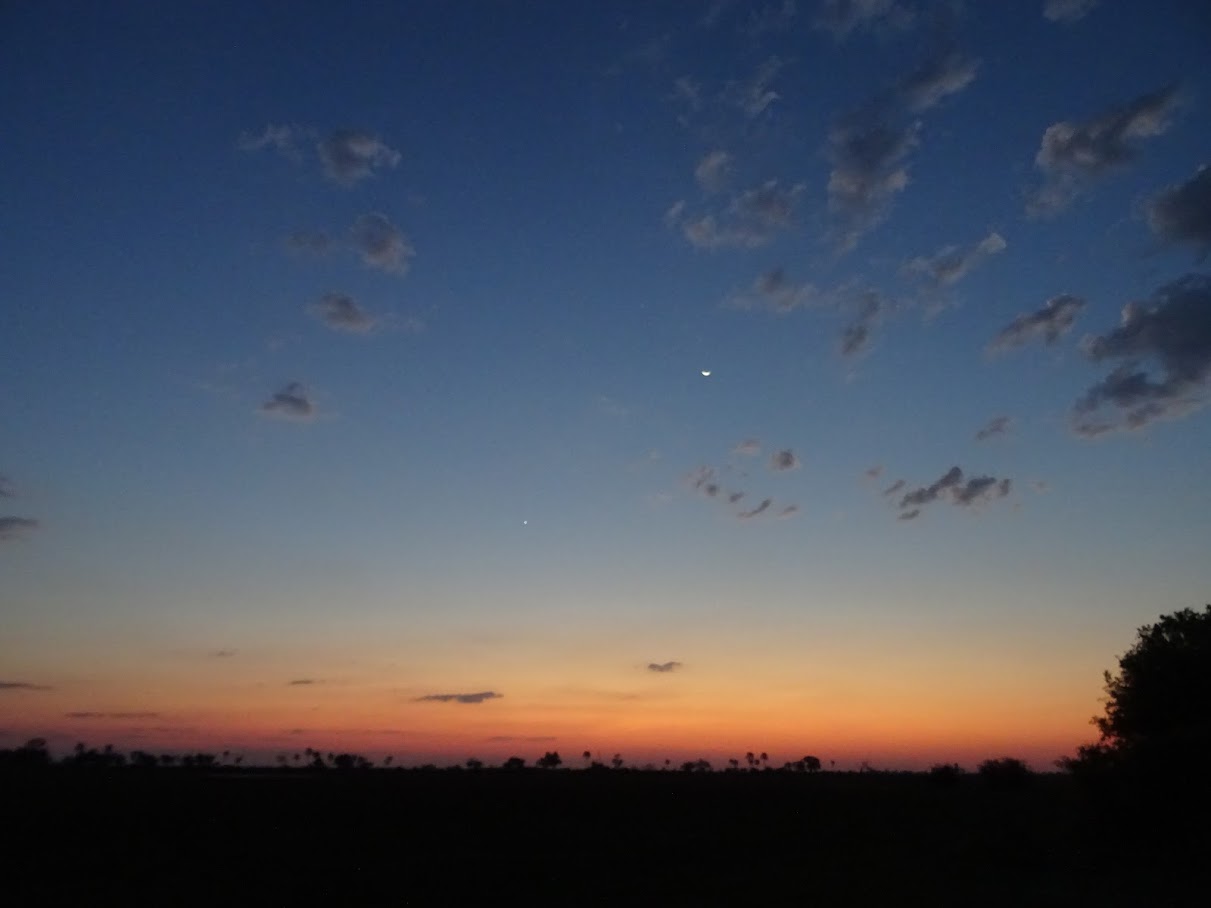 On the following day we did the return trip in the mokoros, enjoying once again the beauty of the landscape and wildlife. When we were already close to shore, while I took a picture of some far-away hippos, one came up suddenly, very close to our mokoro, making a threatening sound and opening it’s huge mouth. That was definitely the biggest scare of my life! Our poler rushed to push us to the side, surrounded by more vegetation, and from there to shore.
For those who don’t know, hippos are known to be the animals that cause the most amount of deaths (not counting mosquitoes). They can seem big and slow, but underwater they can be very quick, and due to their size they are very deadly when they feel threatened.
My heart started beating at an enormous pace and only settled down when I put my feet back on the shore!
Thankfully everything ended well and I’m back here to tell the story. 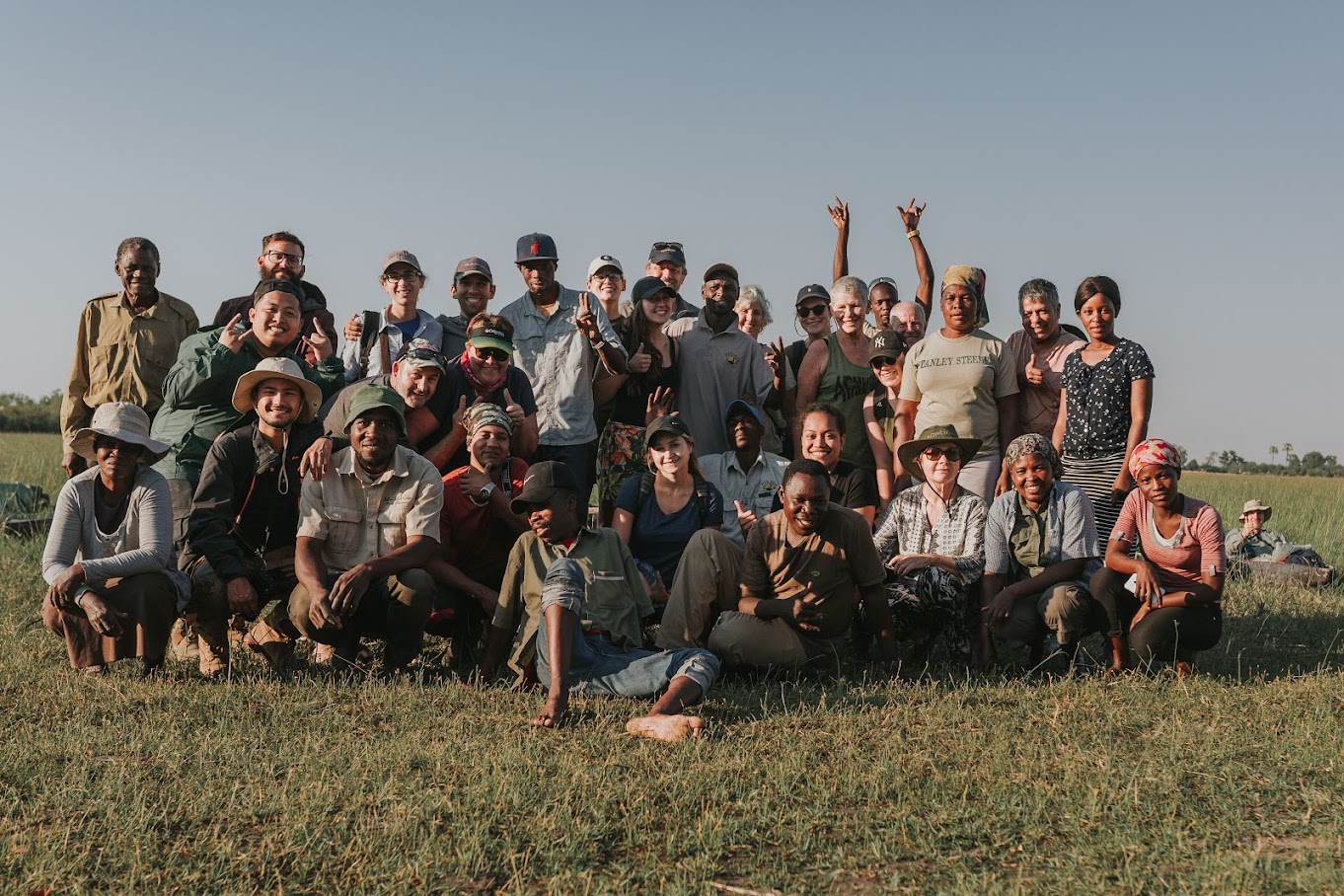 If you go to Africa, go to Botswana… You will fall in love forever!
Margarida