All the buses to Singapore were almost full when we got to the bus station in Malacca. We barely managed to get a ticket, but it was to the west side of the city center. Fortunately, Singapore’s transportation network is top-notch, so it was extremely easy to get an urban train to our accommodation closer to the center.

Our expectations of Singapore were more than met. In many aspects, it is what a modern city should be. There are plenty of green spaces, of which our favorite was the amazing Gardens by the Bay. The traffic flows better than in any other Asian city we’d been to. Getting around by bus was easy, cheap and quick. Unfortunately we didn’t have much time before our flight to Indonesia, but we tried to make the most of it. Having an extra day or two would have been great, as we would jump at the opportunity to go to Universal Studios.

“Gardens by the bay” were our first destination, and we made it just in time for the beautiful light and music show that happens every night. It happens in a small “garden” of huge Supertrees, metallic structures in the shape of trees. Following that we had dinner in a mall close to the impressive Marina Bay Sands. The famous hotel is a memorable sight, and I kept staring at it while I was in the downtown area. The pictures don’t do it justice, it is a masterpiece of architecture and engineering. 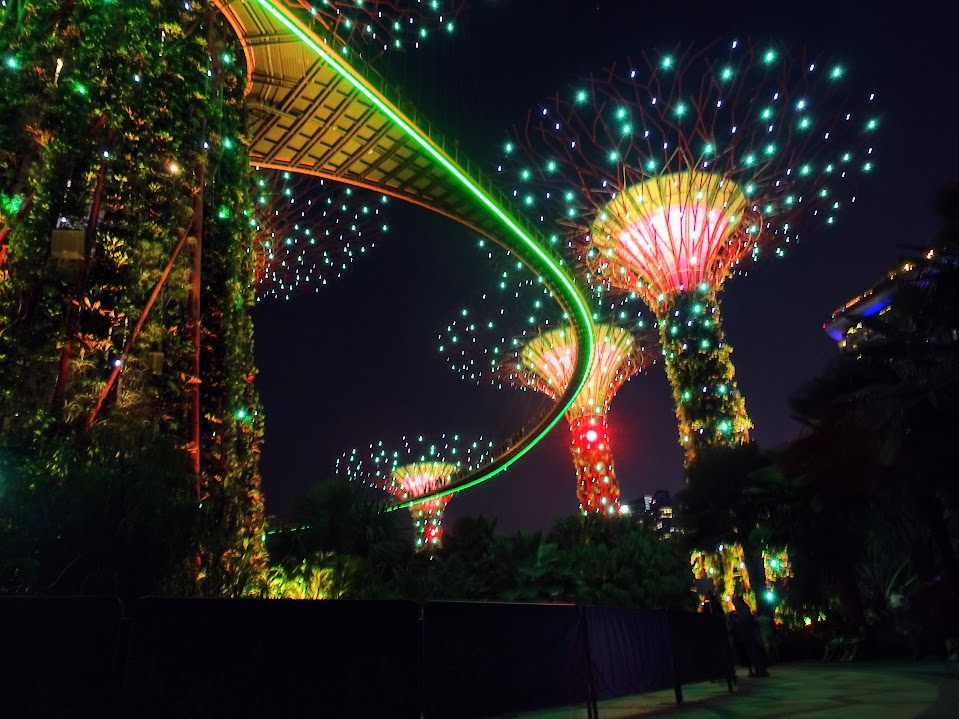 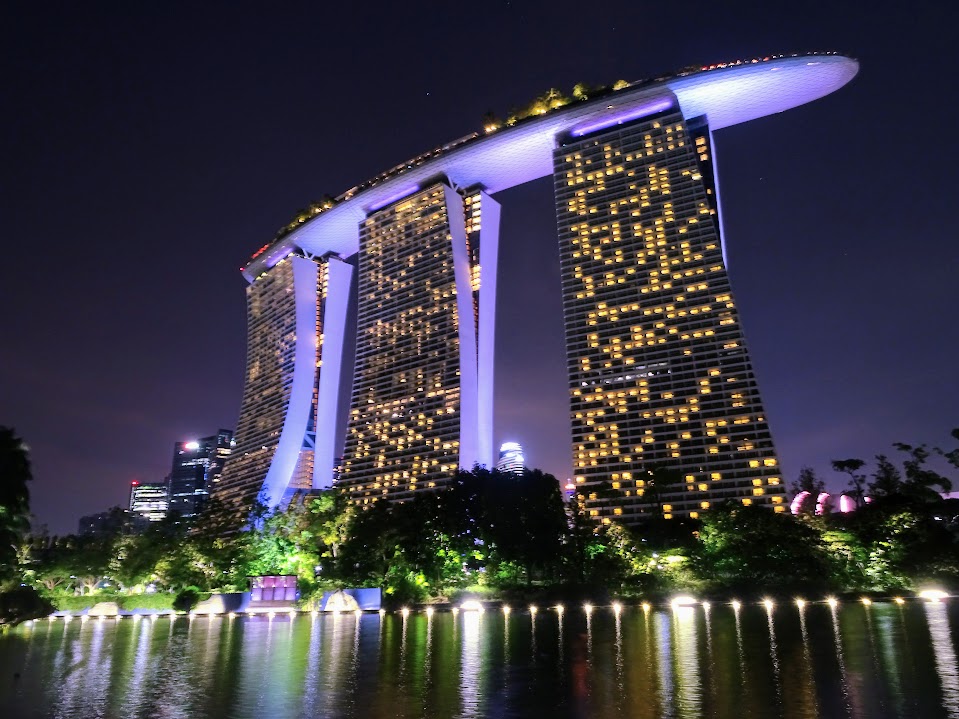 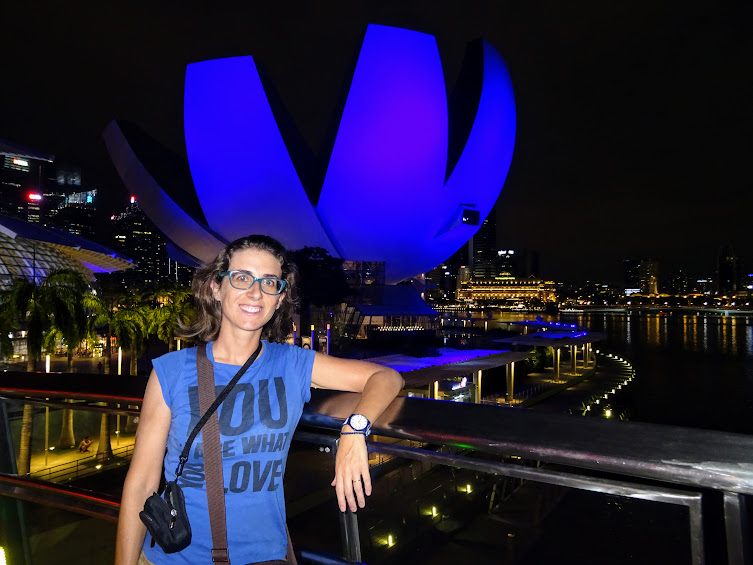 The next day we came back to the downtown area, and took our time walking among the older colonial time buildings, starting with the Buddha Tooth Relic Temple, until we hit the bay area again, this time on the other side of the river. 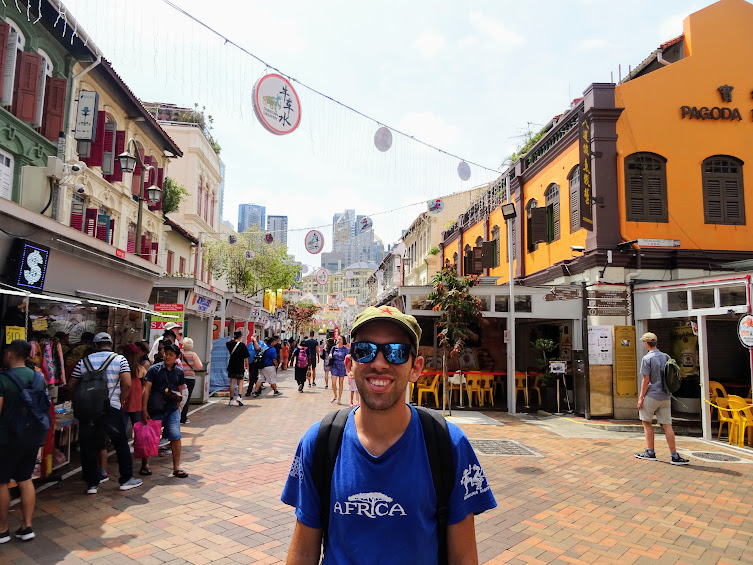 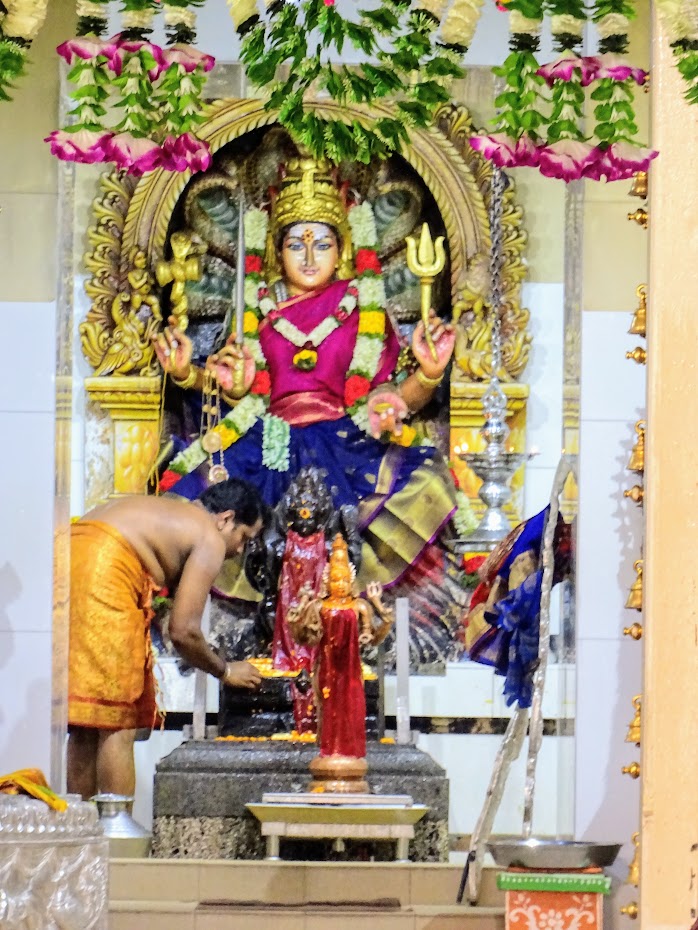 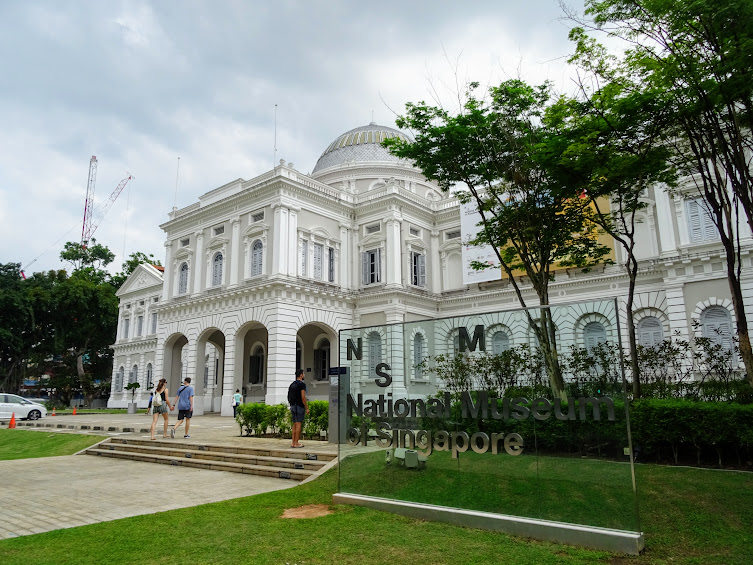 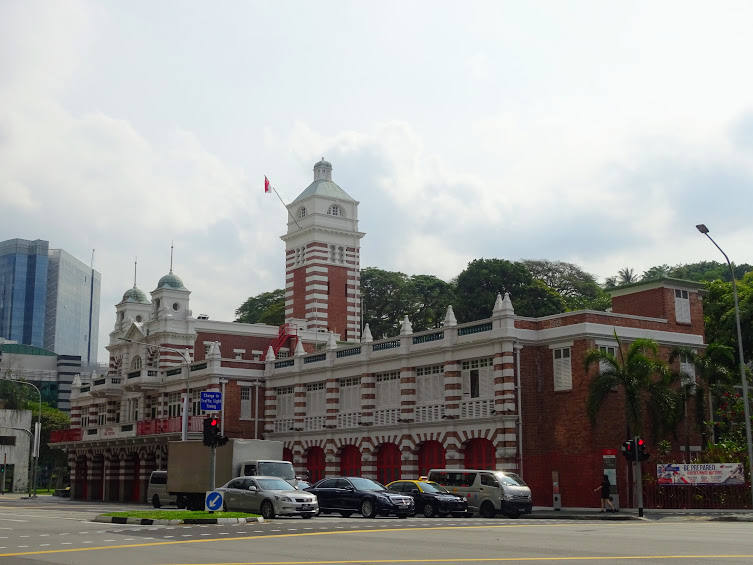 As we arrived at the Esplanade – a theater and concert hall shaped like a Jackfruit – we were pleasantly surprised to see a small band playing, they were rehearsing for the free show later that evening, meant to showcase some of the young talents of Singapore. They sounded so good that we came back to listen! 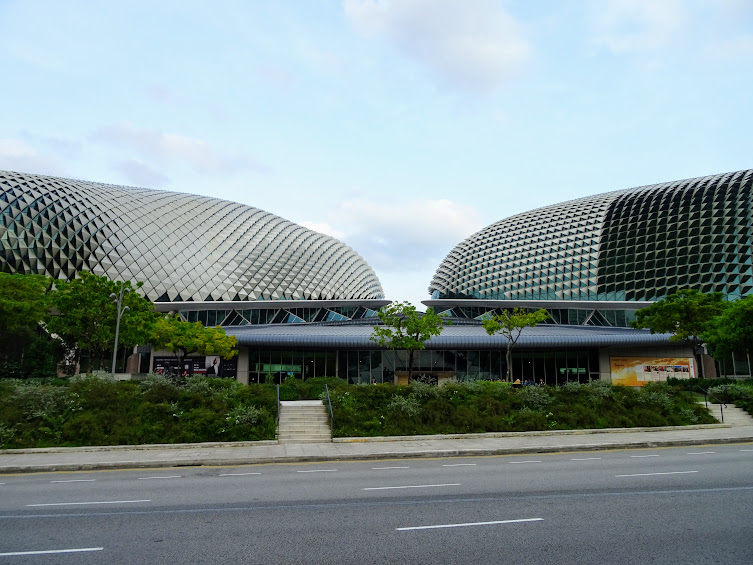 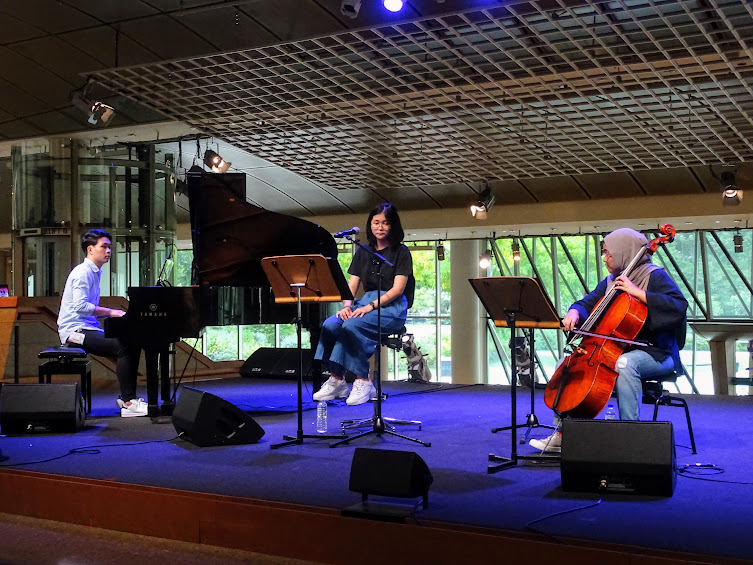 When that was done we crossed the river and watched another light and music show, this time also with water, in front of the Marina Bay Sands Convention Center. Staring at the downtown skyline made up of banks and megacorporations, I could see myself living and working in Singapore. We’ll be back someday! 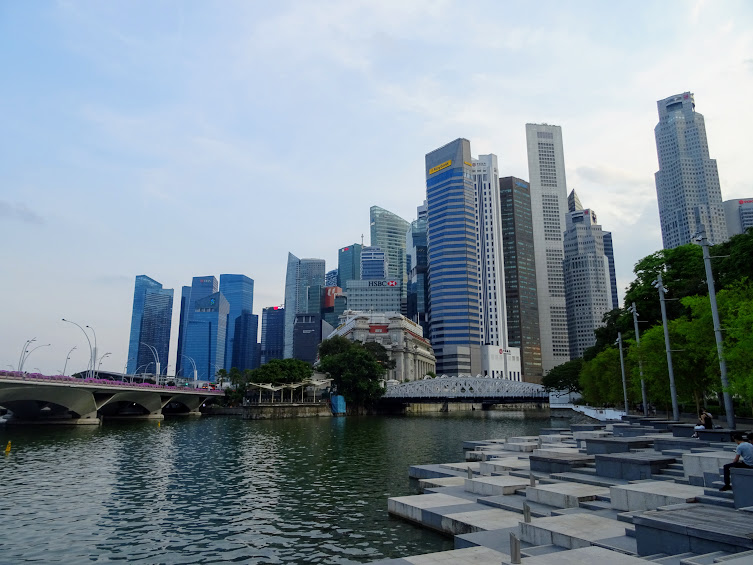 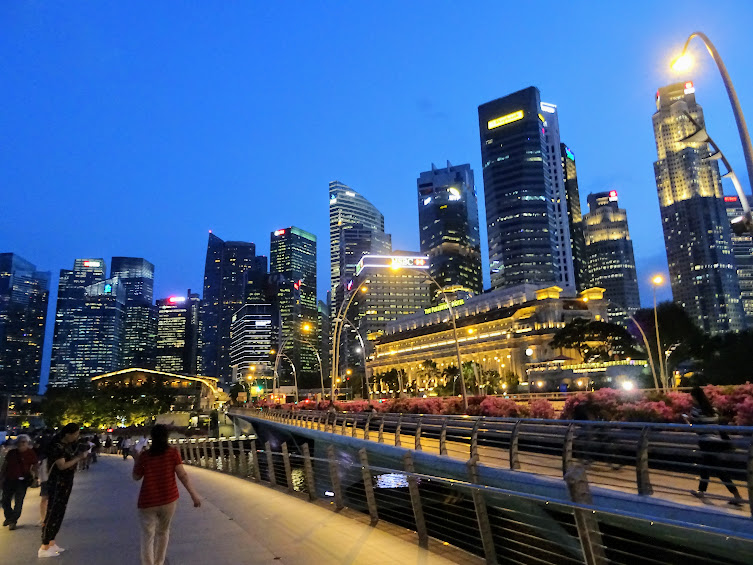 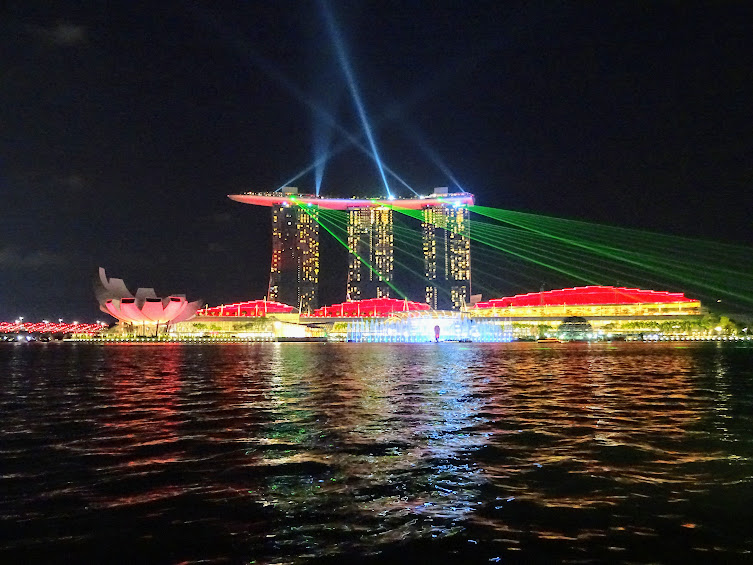