After the incredible experience in Khao Sok National Park we returned to the Island life. A simple life, flip-flops, beach and sea breeze.

Thailand has hundred of islands, which makes choosing difficult. We already had been to two in the gulf of Thailand and we went to to others in the Andaman sea: Ko Phi-Phi and Ko Lanta.

Phi-Phi Don, with a size of 9,73 km2, is overflowing with hotels and services to cater to the many tourists. In the steepest and highest hills there is already construction. Even with the “garbage tax” charged to tourists upon entering the Island, it is easy to realize there is a problem in the treatment of solid waste. Despite there being no cars, it is a noisy Island and sought after for parties.

It’s neighbour Phi-Phi Leh, where The beach was filmed, was closed to tourists since June 2018, to allow for the natural regeneration of it’s ecosystem. The boat visit around the Island still takes place, but the famous beach can’t be visited.

We spent two days exploring the beautiful (despite so many tourists) Phi-Phi Don. 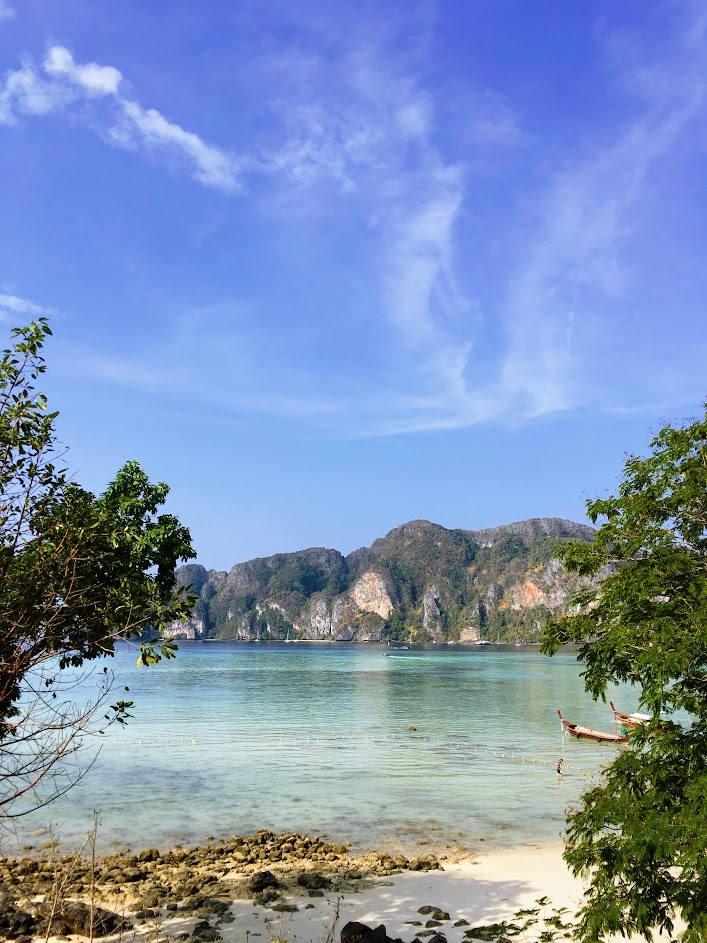 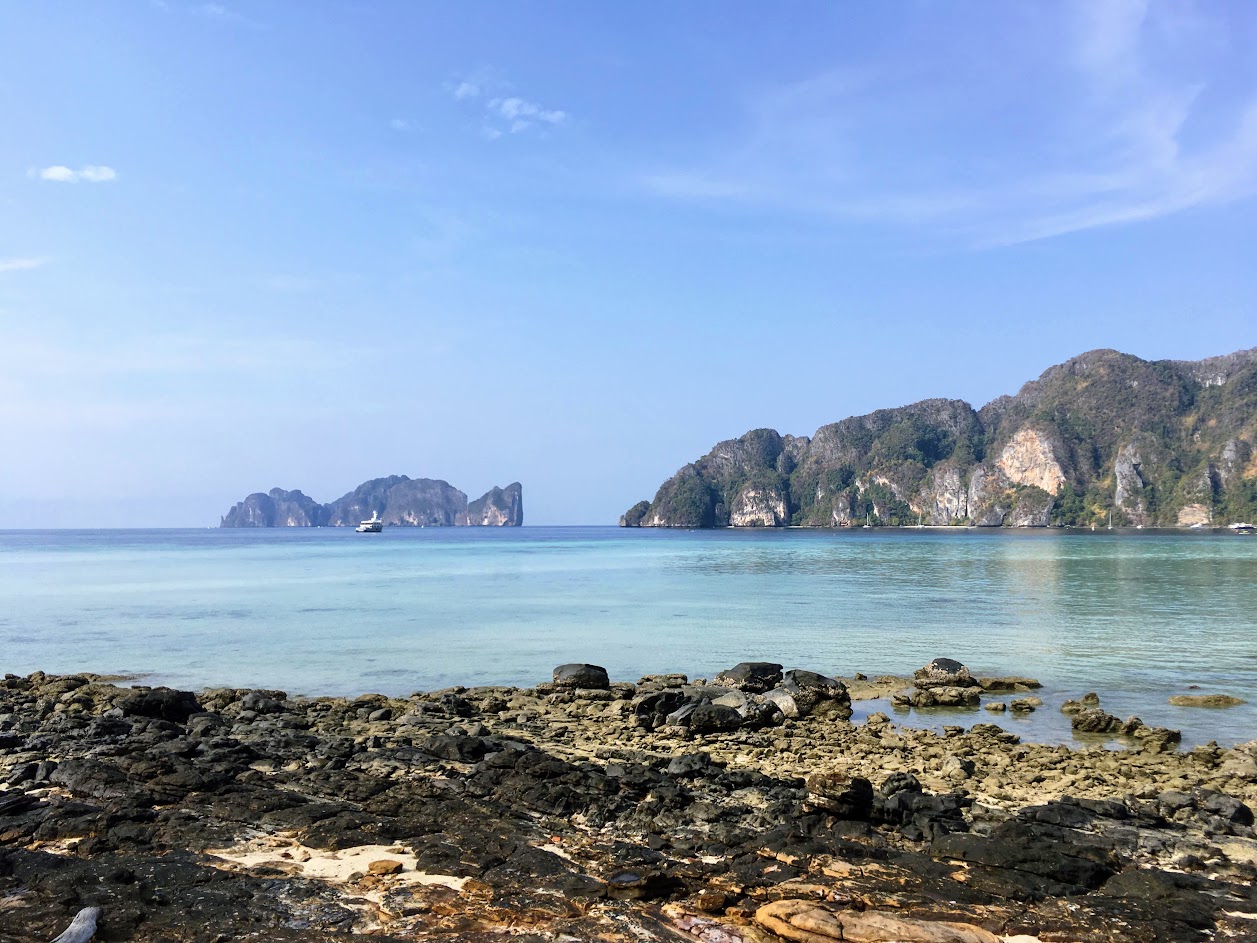 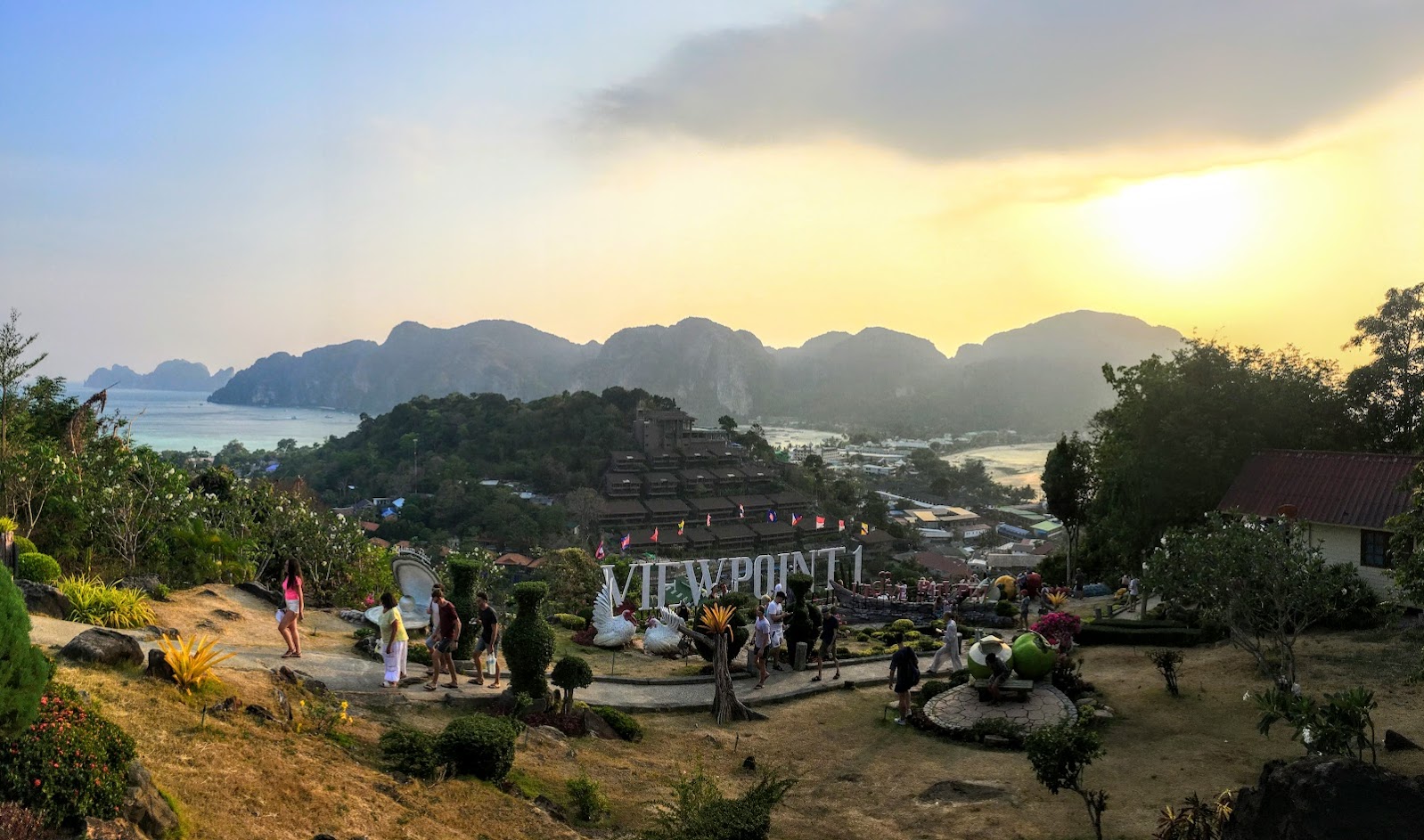 In one of the days we did a boat trip to Phi-Phi Leh, with a few stops around the Island, where we did some snorkeling. The sights are really impressive. 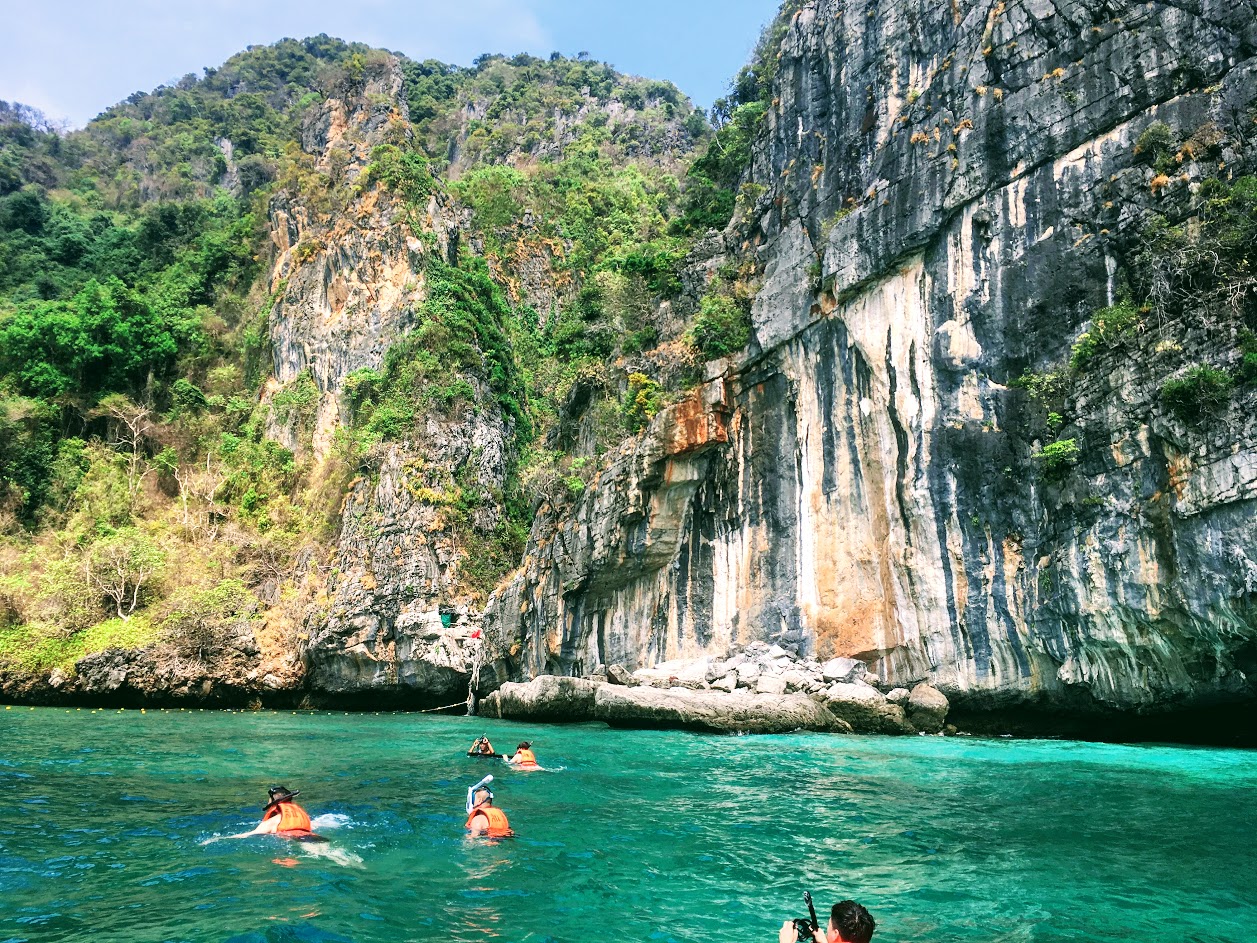 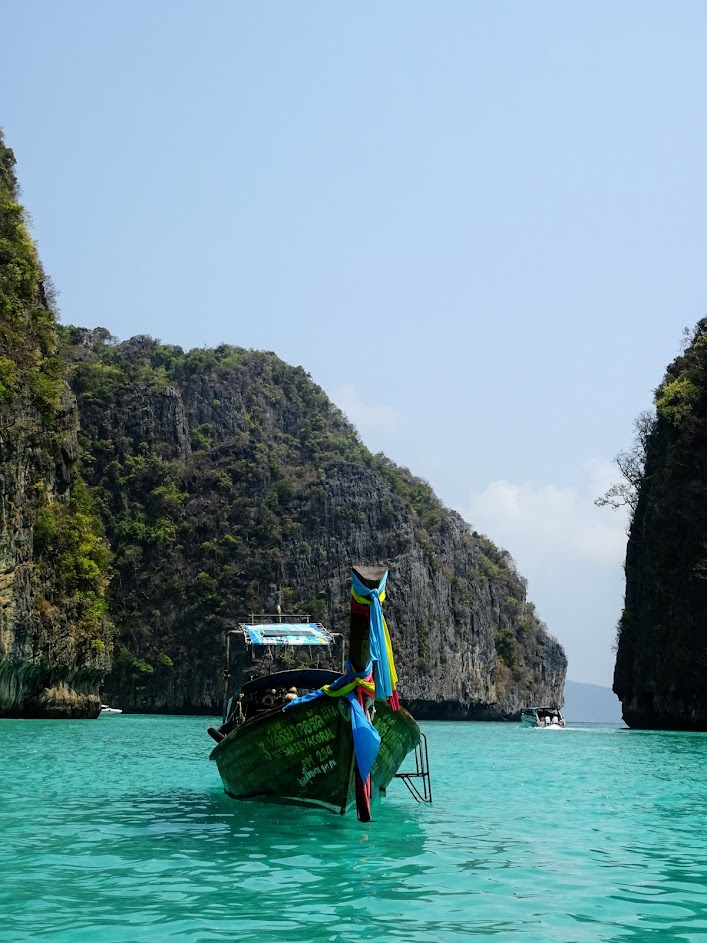 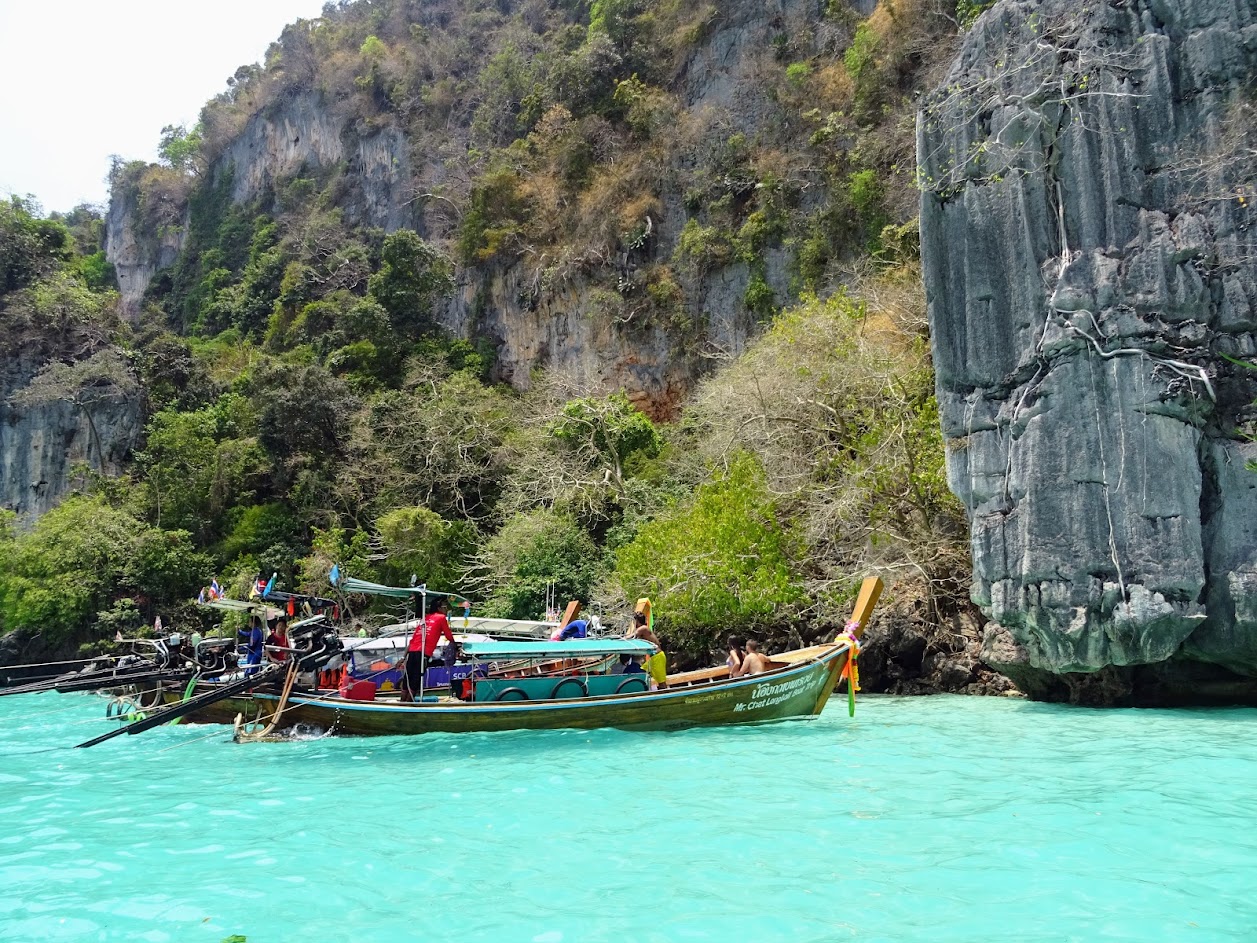 After visiting Ko Phi-Phi, Ko Lanta was a marvelous way of finishing our Thailand tour. A more relaxed atmosphere with less pressure from tourism, allowed us to really enjoy this Island.

With a size of 339,8 km2, we rented a scooter to explore the various beaches of the Island. We dedicated a full day to going from beach to beach, stopping as we saw fit. Once again we decided that to explore even further the best would be one of the organized tours. We booked a boat tour with stops in some neighbouring islands. 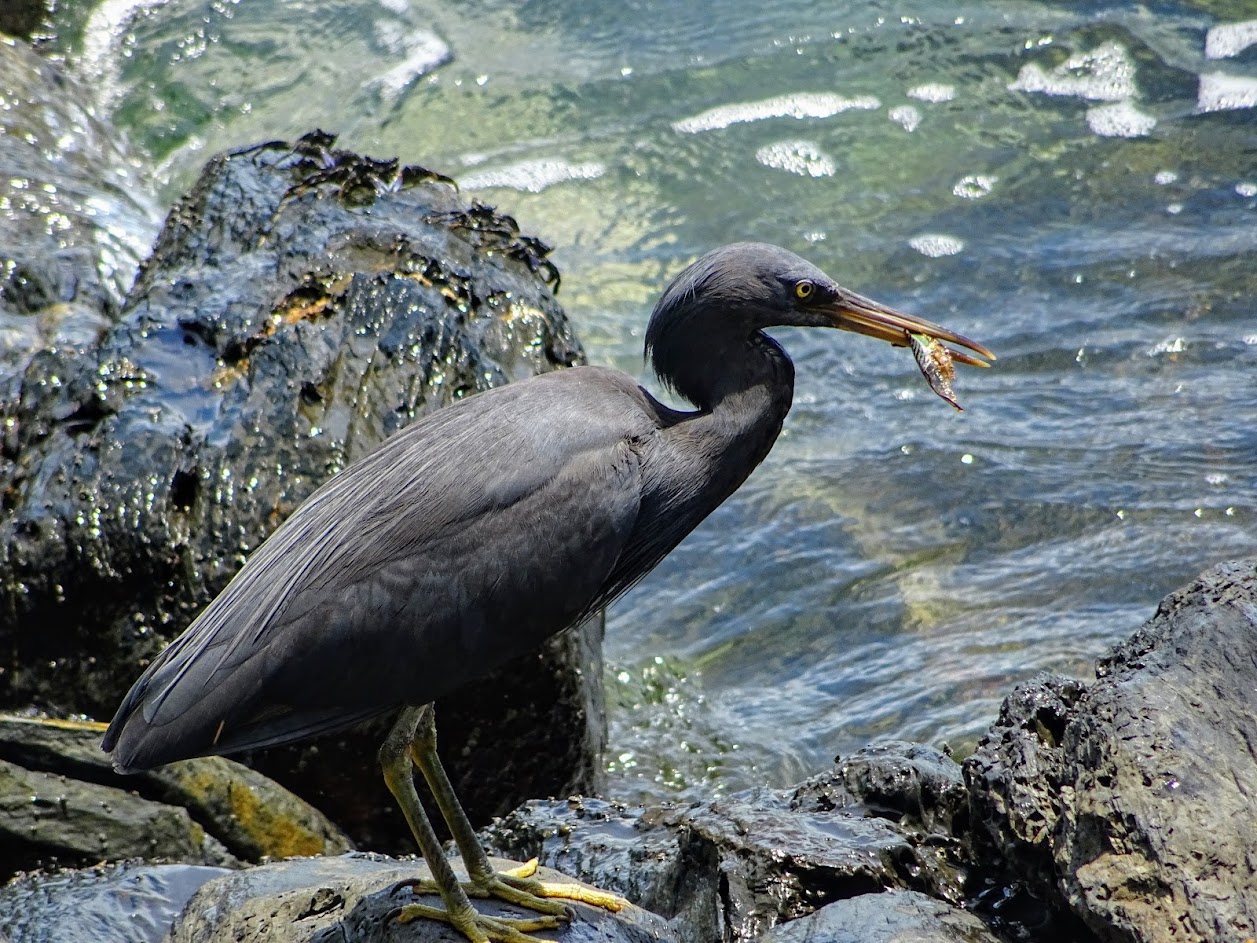 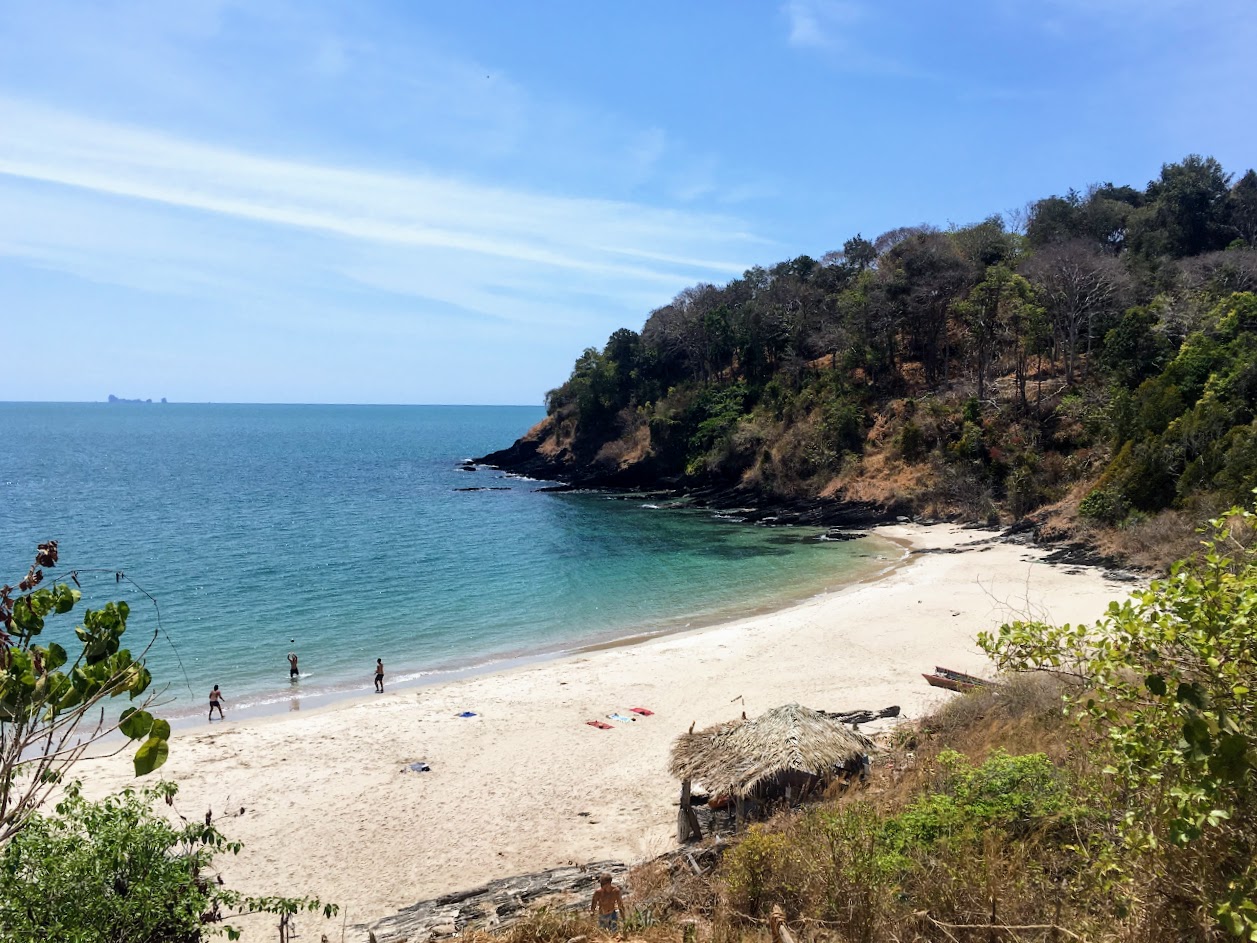 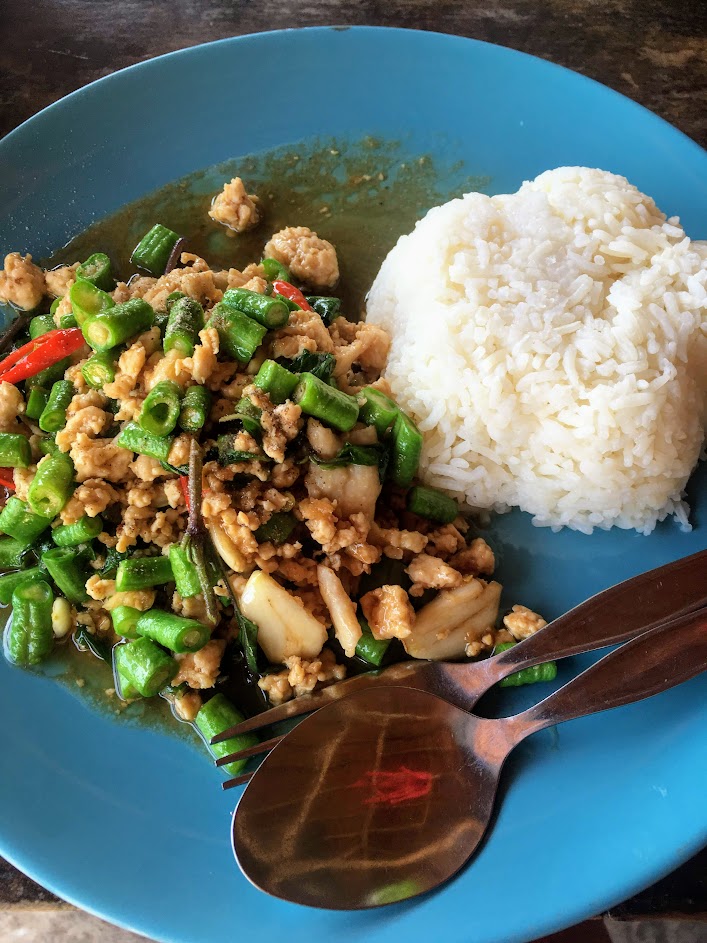 On the day we did the boat trip, we took about na hour to reach the first Island. A true paradise of incredibly white sand contrasting with the green from the palmtrees and the crystal blue water. The snorkeling was very nice, since there was still a lot of coral alive, which meant there were many colorful fish of different species. 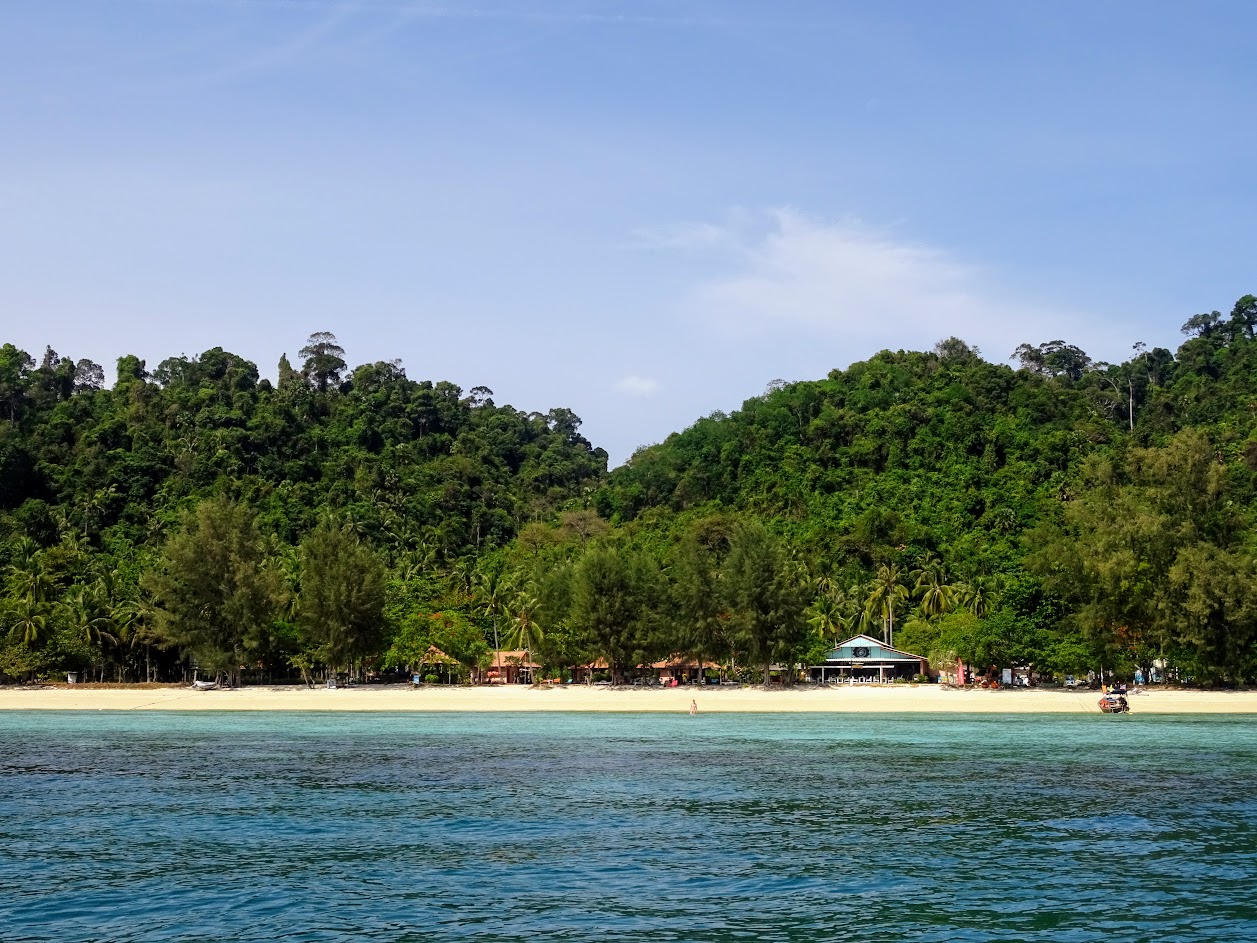 We had lunch there and then visited three more islands, small and steep. We snorkeled again in the first two. In one of them we saw the “house” of an Island guard (we didn’t understand the guide’s explanation, but it had something to do with bird nests inside a cave). 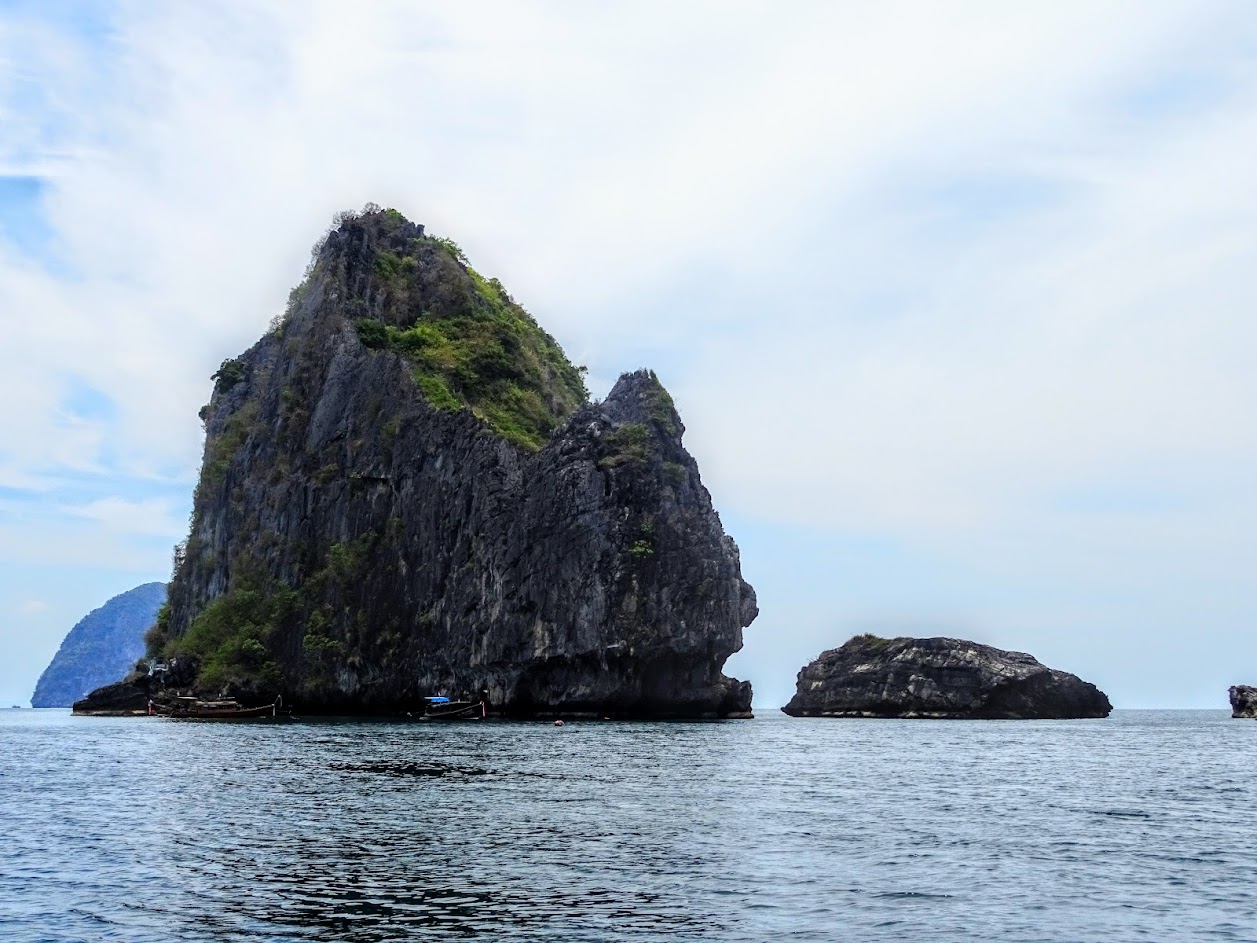 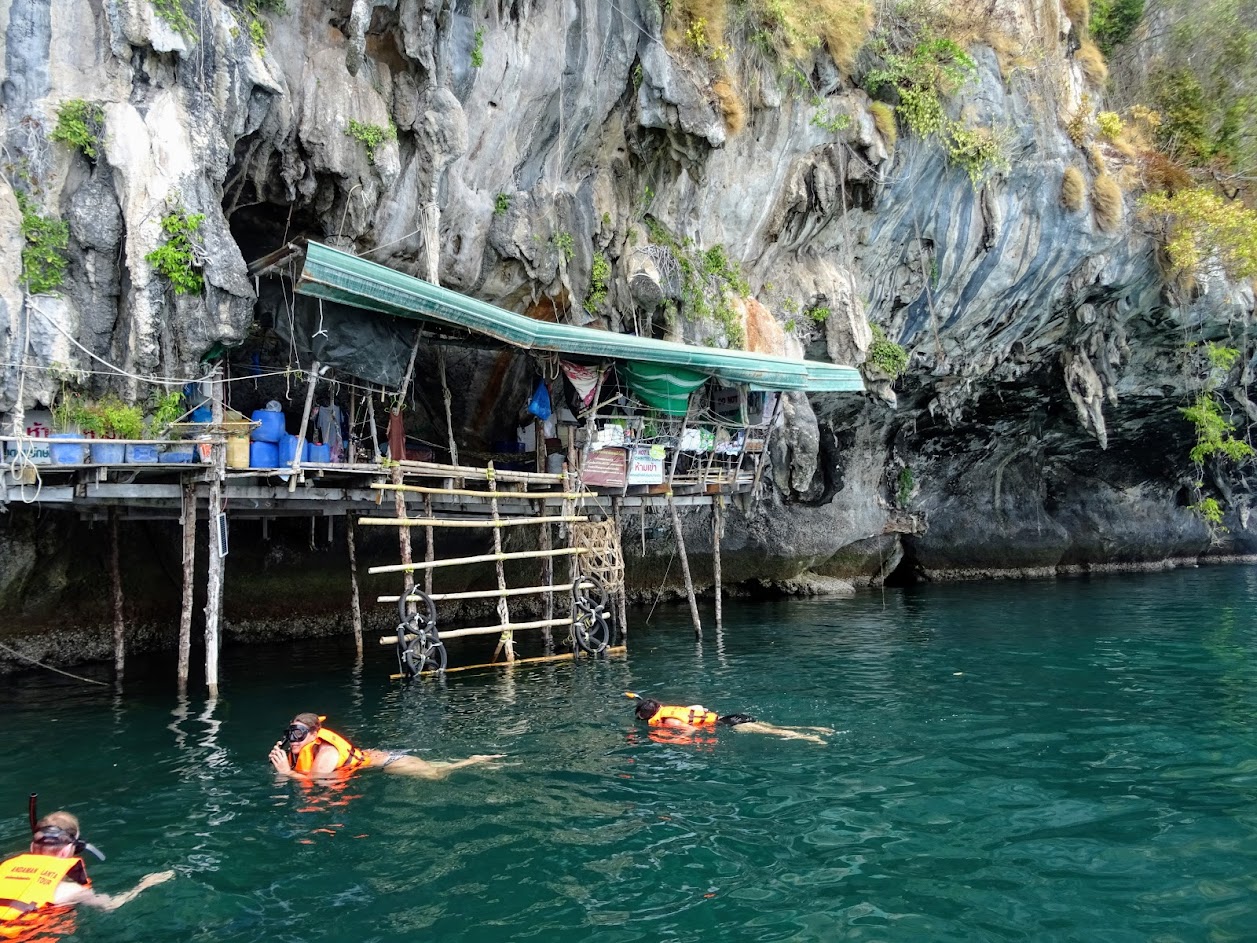 In the last Island, we left the boat with our life-vests, and the instructions were to follow the guide, that had a small head torch. We knew that we were going to face the darkness of a cave, swimming, until we reached a beach surrounded by rock formations. I immediately followed the guide and so had the privilege of being the first to enter that Paradise. It was something magical. It was like being in a movie where the main character finds a secret beach inside a cave, but open at the top, which allows for the development of a lush green vegetation. Unfortunately the pictures can’t do justice to this “emerald cave”. It was, without doubt, one of the best tours on our trip! 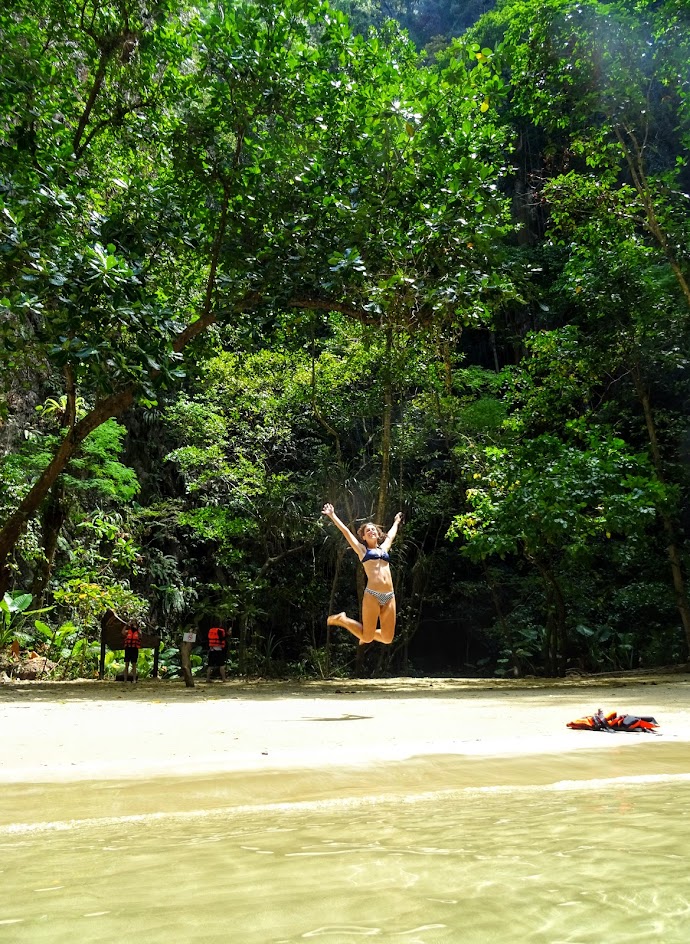 We leave you with the advice: If you come to Thailand’s islands, come to Ko Lanta.