Khao Sok national park was, in my opinion, the highlight of our trip in Thailand. When a good friend told us it was something not to be missed, we decided to follow his advice, and it was well worth it. It was like the cherry on top of the cake!

We left Koh Phangan in the morning after the full moon party. As was to be expected, the boat was basically empty. When we arrived in Surat Thani, already in mainland Thailand, we took a bus that dropped us in Khao Sok, where we stayed at smiley bungalows. Despite the spartan style of these wooden bungalows, being at the treetop level was very pleasant.

As usual, we had nothing booked as far as exploring the national park goes. Fortunately our accomodation also operated tours inside the park and had their own floating bungalows. After discussing whether to do the one day tour or the overnight one, since the price was above our daily budget, we did the right choice: two days inside the National Park, which included all meals, a night safari by boat and one in the morning, a night in the famous floating bungalows, and a cave expedition.

Many belive the jungle of this natural reserve (the rainiest place in all of Thailand) dates back 160 million years, making it one of the oldest rainforests in the world. Other than it’s dense jungle, we could also observe karstic rock formations shaped like towers. Some of these come out of the artificial lake cheow lan, inaugurated in 1987, after the construction of a new hydroeletric dam. Wild species of both fauna and flora can be spotted, such as monkeys, gibbons, several species of birds and others we didn’t get a chance to see, such as the giant flower Rafflesia (the blooming period had passed already), tigers and elephants. 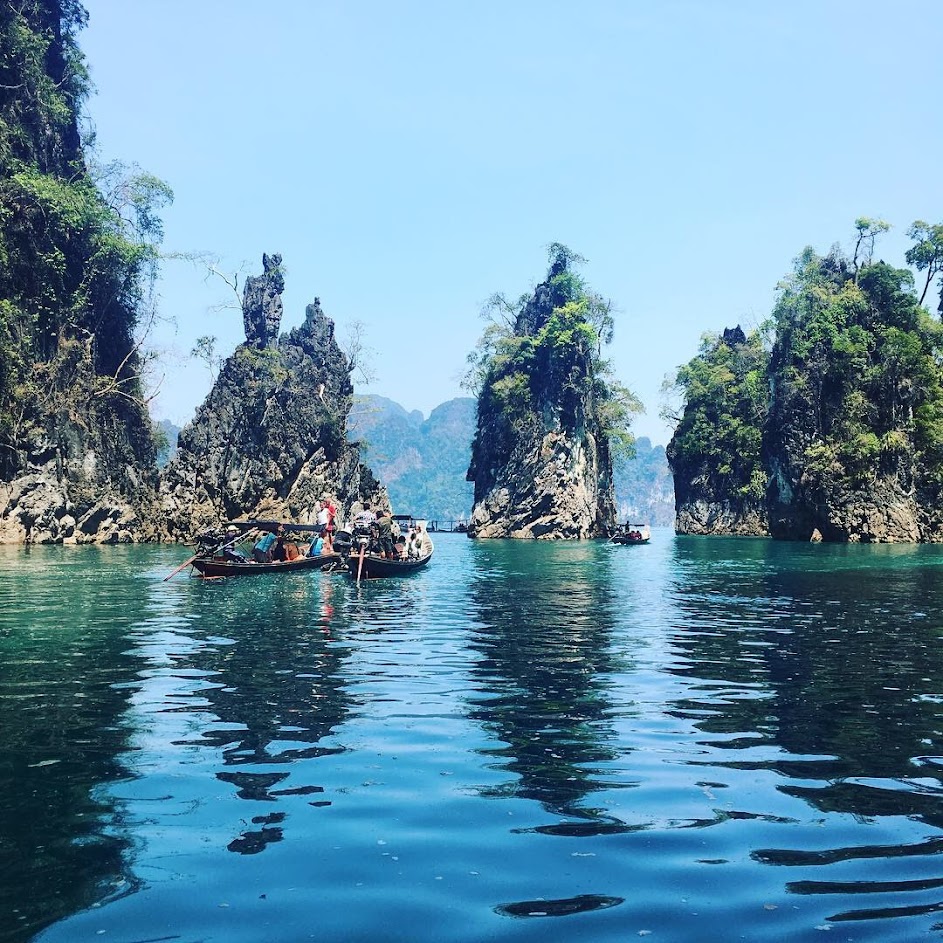 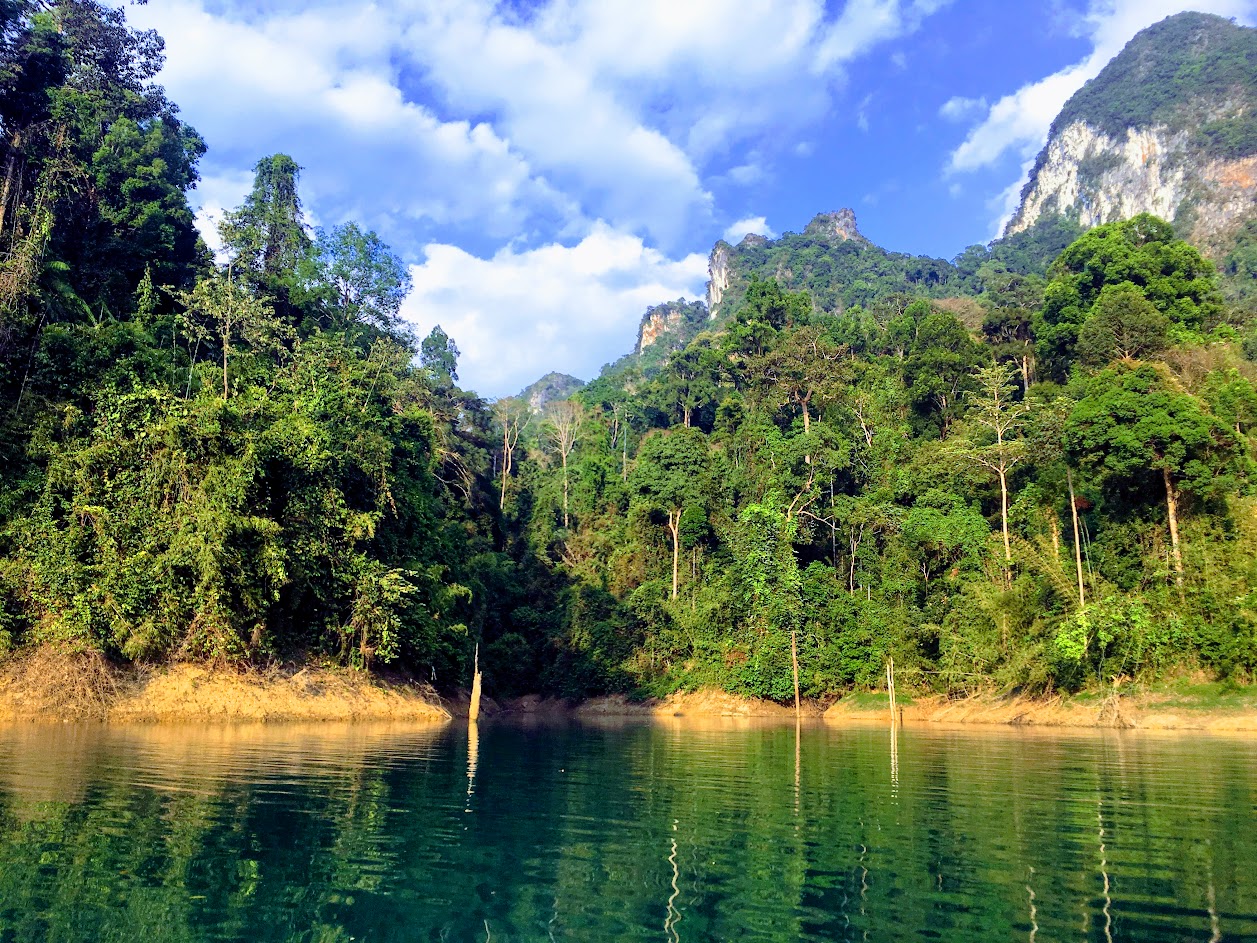 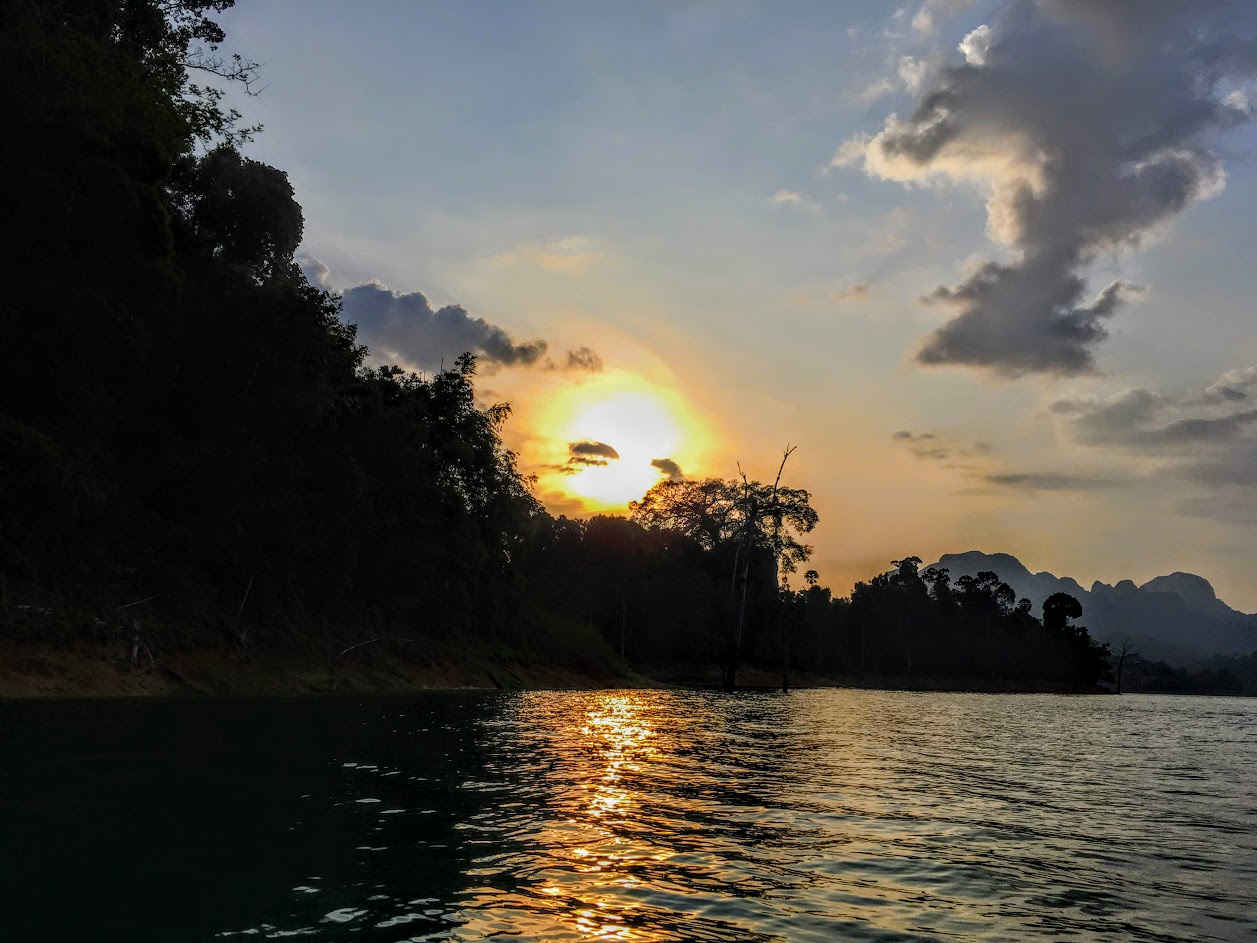 After a night floating, we started the day very early with a boat safari. The light mist and some rays of sunlight piercing the clouds, made the atmosphere something truly mystical. Many tree branches here and there breaking the continuous sheet of water that took their leaves, and their life. They remain still, as if they wished to be remembered for the life they once had in that place, but that was taken from them. Sad, but at the same time beautiful. 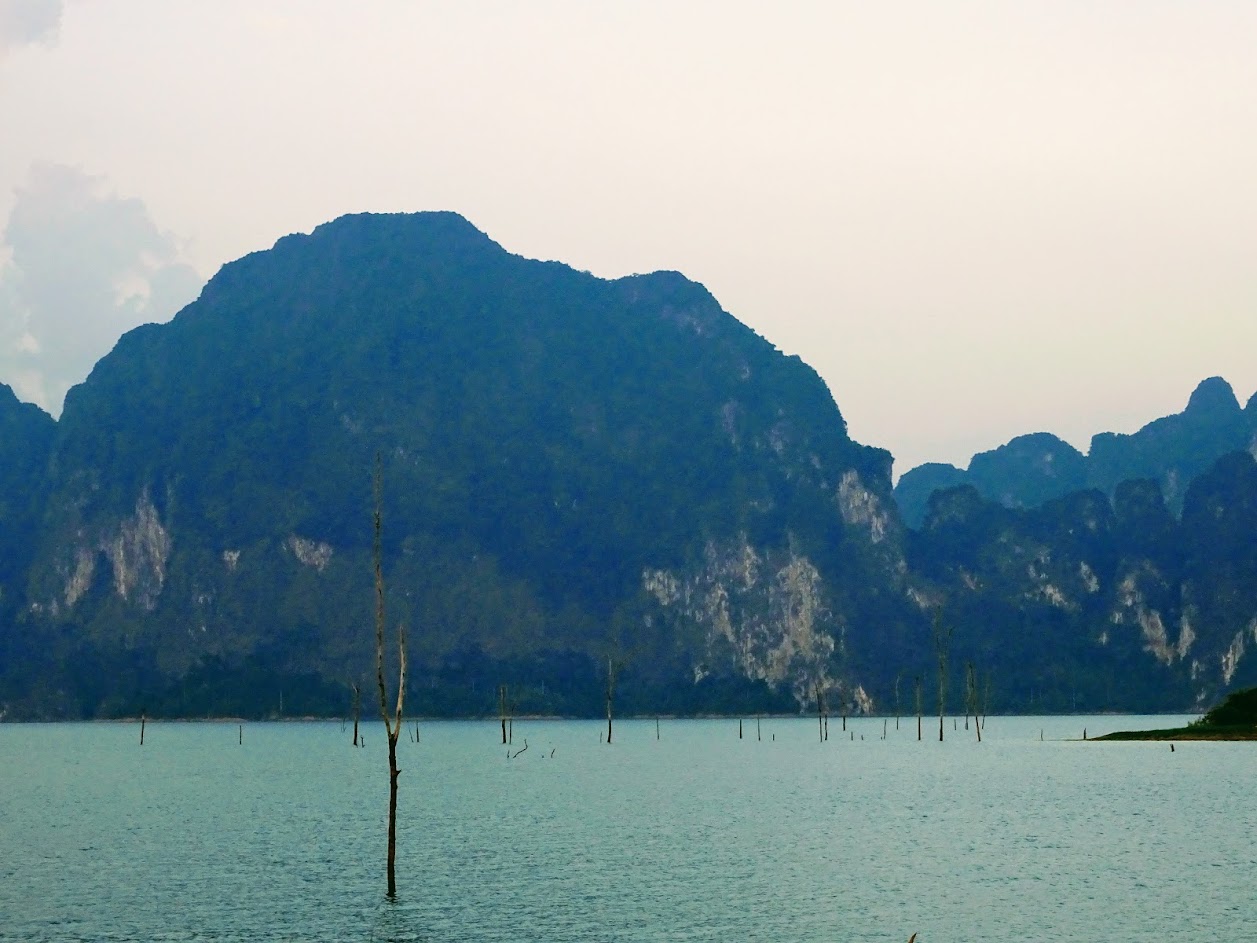 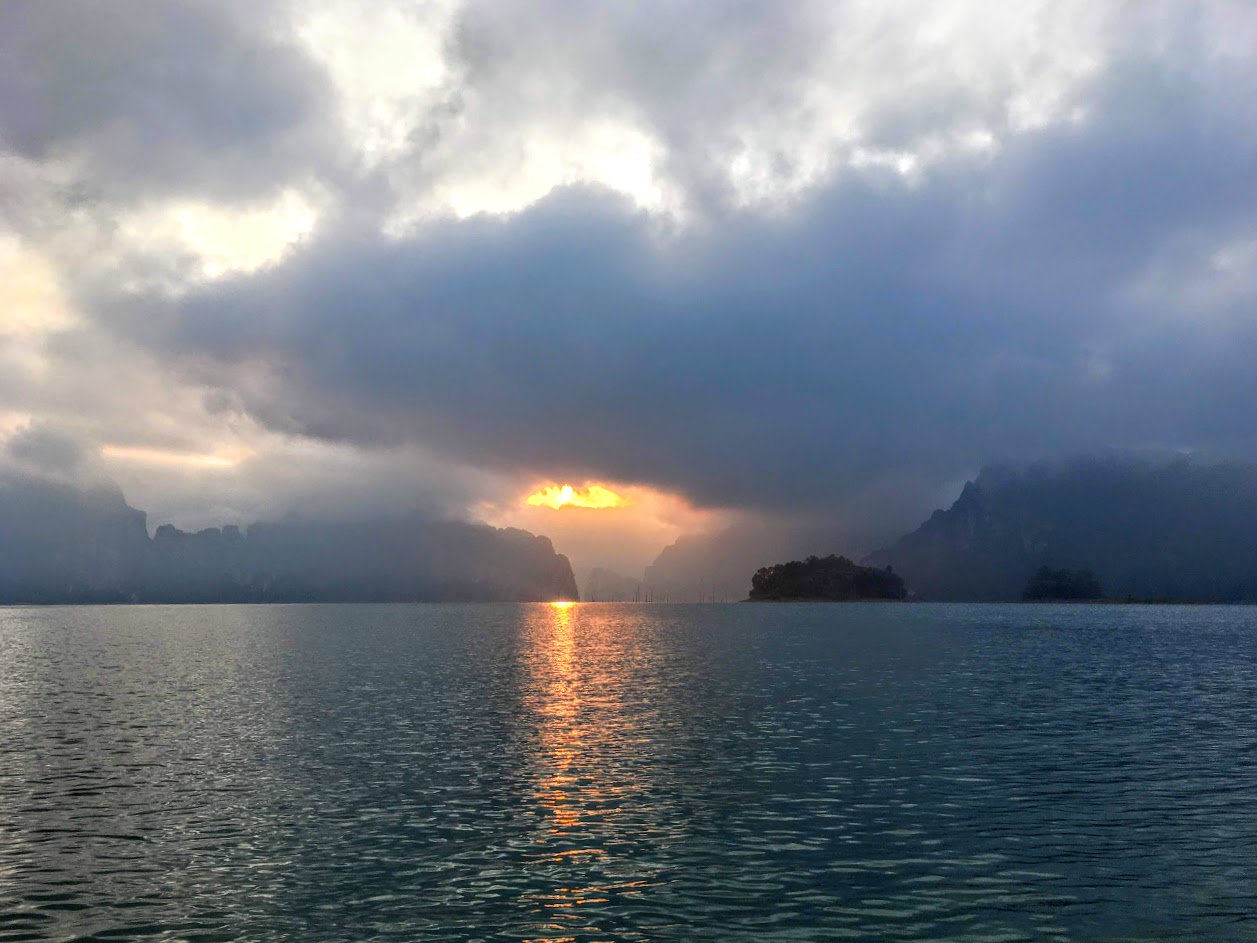 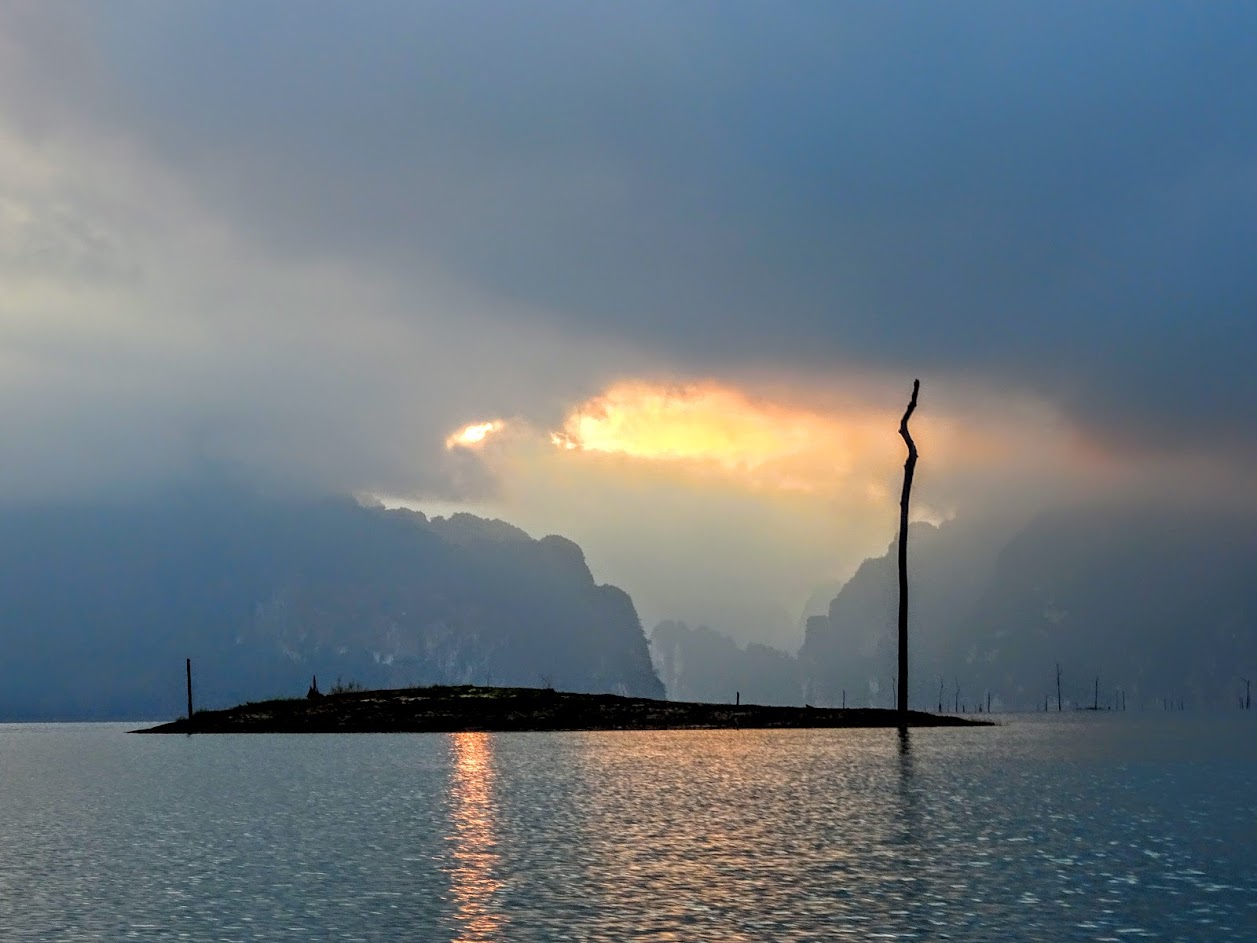 We saw some groups of gibbons and monkeys in the jungle, but it’s not easy to snap their picture. As soon as they hear the noise from the boat, they run away. 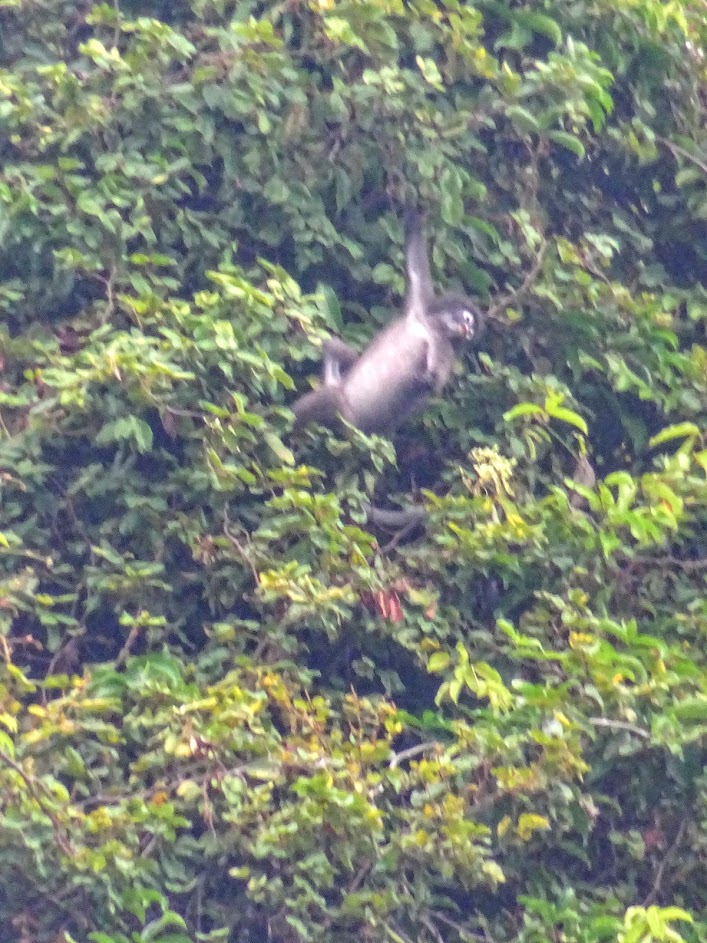 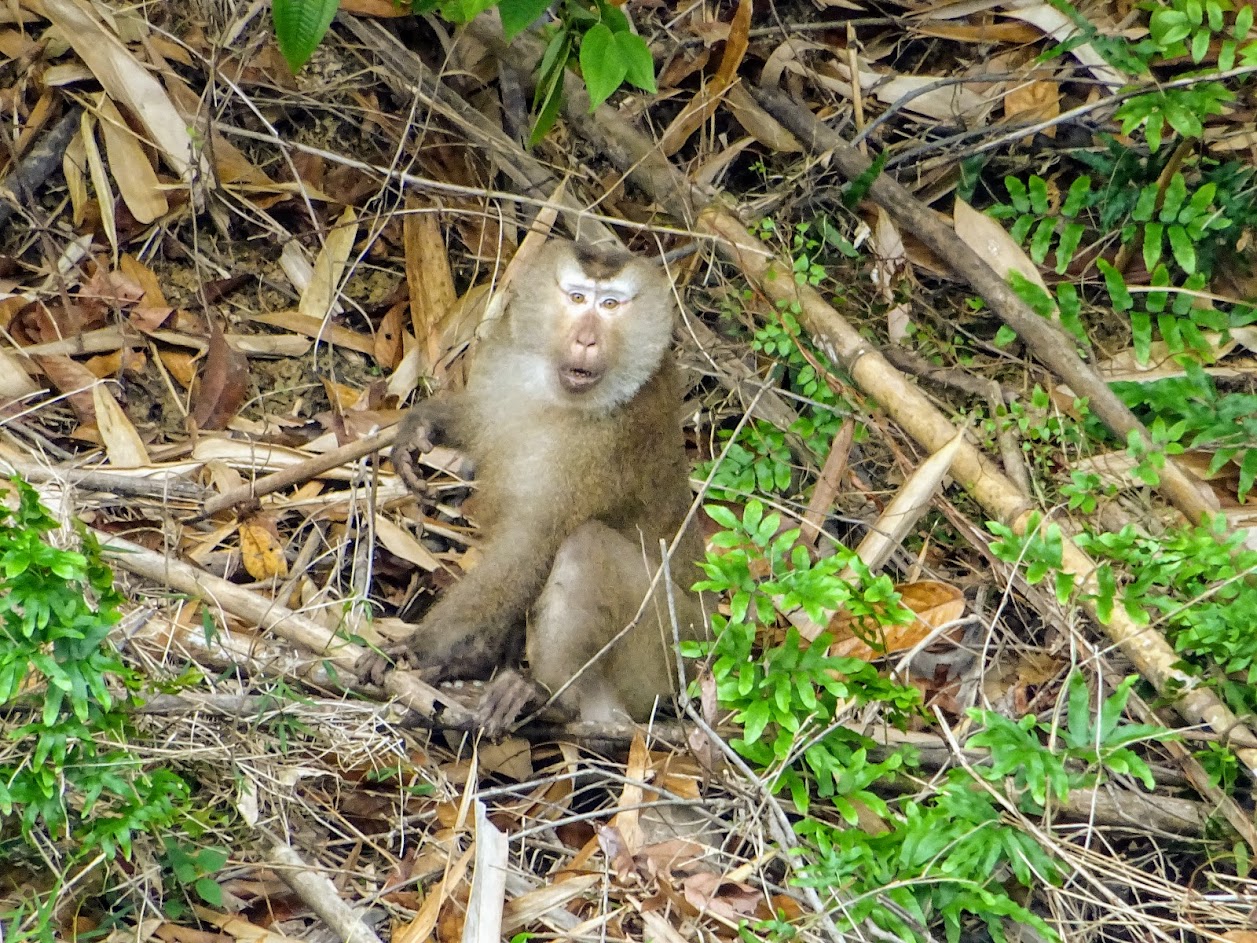 After the safari we did a jungle trek, that took us to the Nam Talu cave, where we had an amazing experience! Inside the darkness, broken only by our head torches, we saw a snake, a huge toad, many bats and some species of spiders. Most of the way inside the cave was along a stream of water, and there were moments where we had to swim. Even though the water was cold, the addrenaline kept us warm! 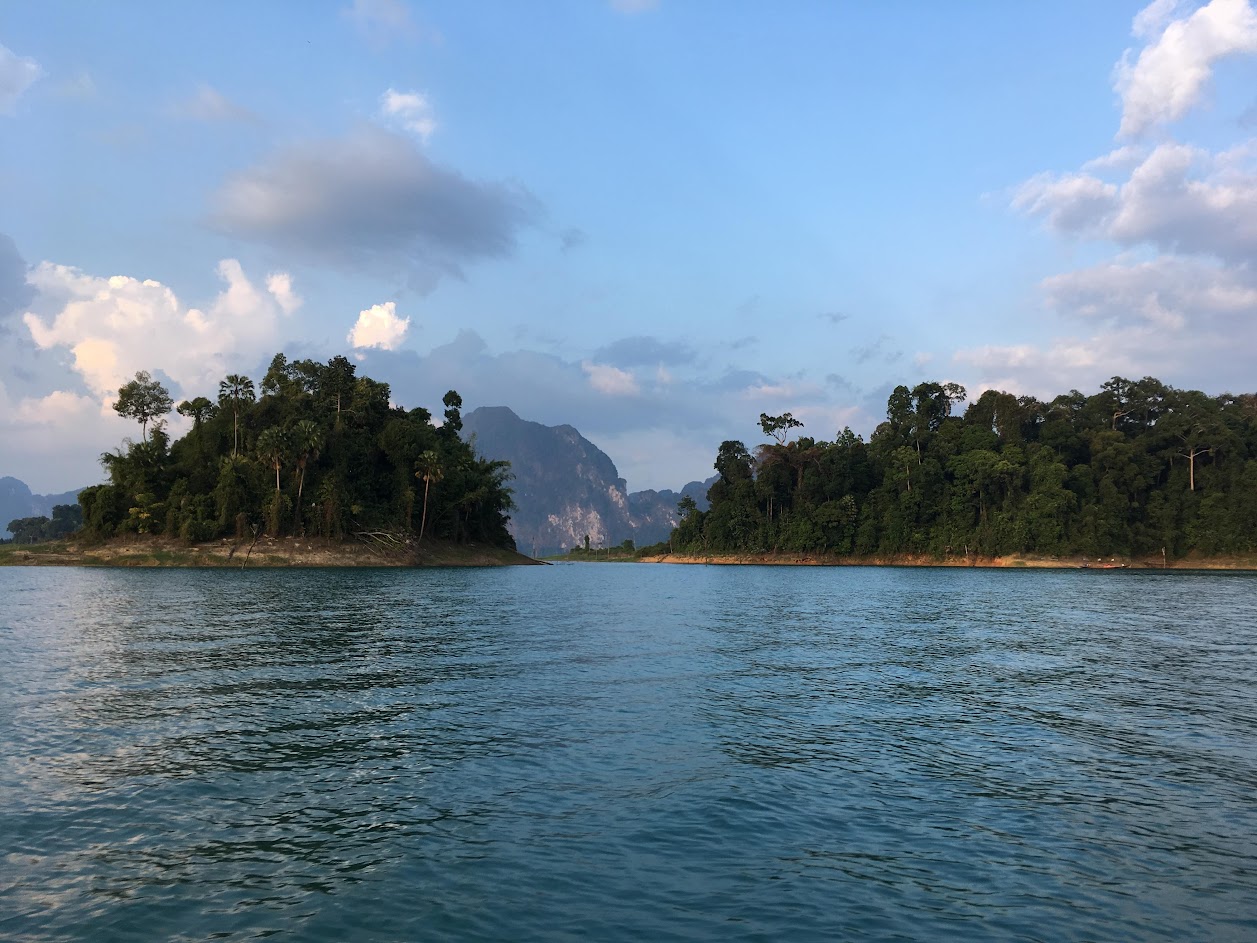 In the middle of so many strong emotions, we had a really sad one, brought by one of the other participants in our tour. I leave you a text I wrote and published in our facebook page, the 12th of April (in Portuguese then).

“In this trip we have met many travellers. From those that are travelling for two weeks until those that have been for seven years and still counting (this was the longest we heard from another traveller we met).
The stories we share with the people we meet, also become part of the story of our trip.
A lot of people travel. Families, solo travellers, hippies, professional travellers, short and long term travellers, those who have everything planned and those who still don’t know what they’re going to do the same day (often our case!).
I’d say there are almost as many types of travellers as there are destinations. But they all have things in common: The love to meet new places, new cultures, new flavours. Sometimes we change only few words, othertimes we end up having longer conversations.
Recently a brave traveller shared with us her story.
We were in the idyllic Khao Sok National Park, in Thailand, in a boat that took us on a morning Safari looking for birds and monkeys in the forest next to the lake… The lady from Singapore and her small son, who were part of our group, were throwing something in the water. Maybe food for the fish, I thought. But I decided to ask her.
She started by saying they were the ashes of her late husband. The guide stopped the boat engine. The occasion demanded it. “I was travelling just like you. I met my husband in a trip in South America.”
She told us how after South America they went to travel in Europe by bicycle. Their son was born in Madrid. “After a year we decided to travel again by bicycle, the three of us, in Asia. We started in China and made our way to Thailand.” It was there that they had a serious accident involving a truck and which her husband didn’t survive. Only her and their son survived. That was in 2015. By now, listening to this story was hard for us but we can’t even imagine how devastated she must have been, even though she kept smiling. I could barely keep from crying. Life is truly fragile. We are never really safe.
After all these years she had decided to return to the accident scene, and go to the hospital to thank the nurse that took care of their child while she was hospitalized. She also went to the temple where they buried the ashes of her husband, that she brought with her, and they made a cerimony closing the tomb.
And there was this woman, with a smile, her 5 year old son with her, and with a completely different life than what she dreamt of when she got married.
With chills running down my spine, I couldn’t say anything. Nobody could.

“Life is what we make of it. Travel is the traveler. What we see isn’t what we see but what we are.” Bernardo Soares in ‘Livro do desassossego”