Despite the incredible pollution, overpopulation and lack of order in the Thai cities, this is a country with a lot of history, as well as it’s neighboring countries. Even so, in school we learn almost nothing about what happened here.

Those who know me know I love History. From a very young age it was one of my favorite subjects and one for which I studied a lot, because I liked it so much. Maybe that’s why I like to travel so much. Because I also travel through time.

After Chiang Mai we visited Sukhotai. The Sukhotai kingdom (Rising of Happiness) flourished between middle of the XIII and end of XIV centuries. This period is often seen as the golden age of Thai civilization. These days, Sukhotai is divided between the new and old towns. In the latter we can find partially rebuilt ruins of the Sukhotai kingdom in an area of about 45 km2. This is one of the most visited historic sites in Thailand.

The ruins are divided in five main areas, of which the central one is the main. It was the one we visited because it has the most impressive ruins.

The characteristic architecture of the Sukhotai temples is most typified by the classic lotus-bud chedi, featuring a conical spire topping a square-sided structure on a three-tiered base. 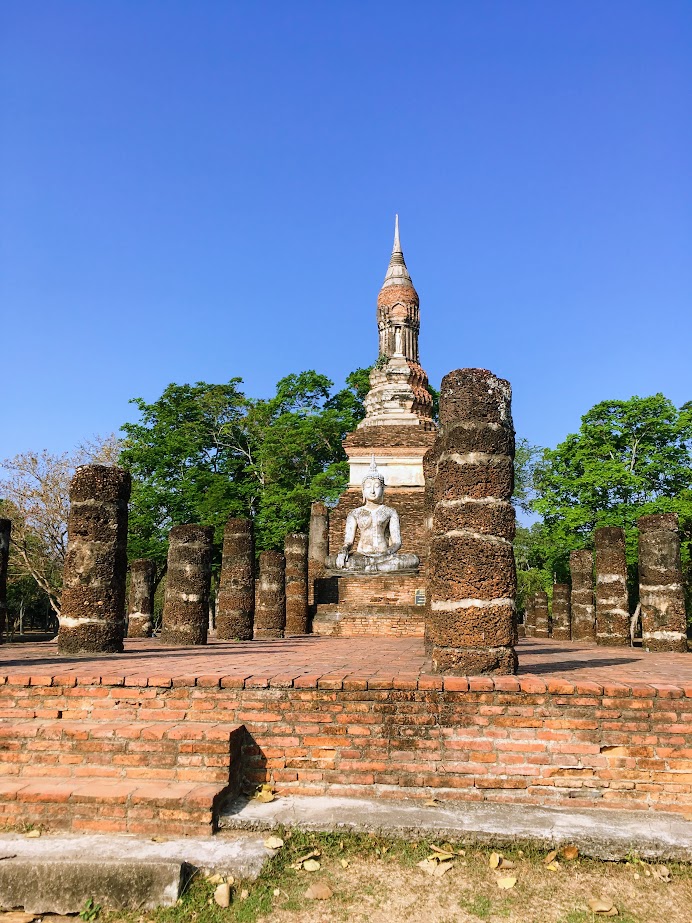 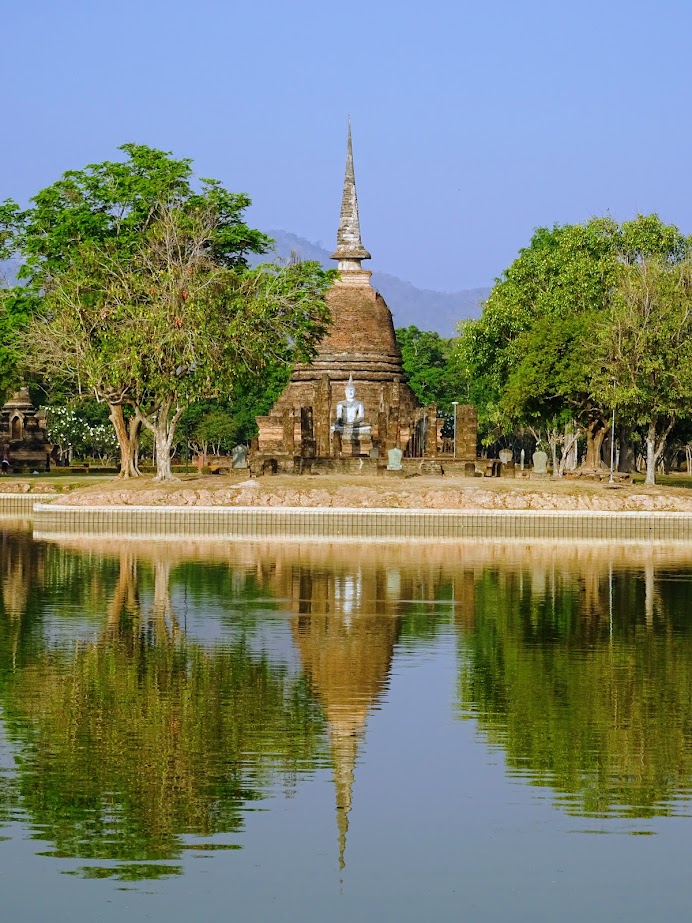 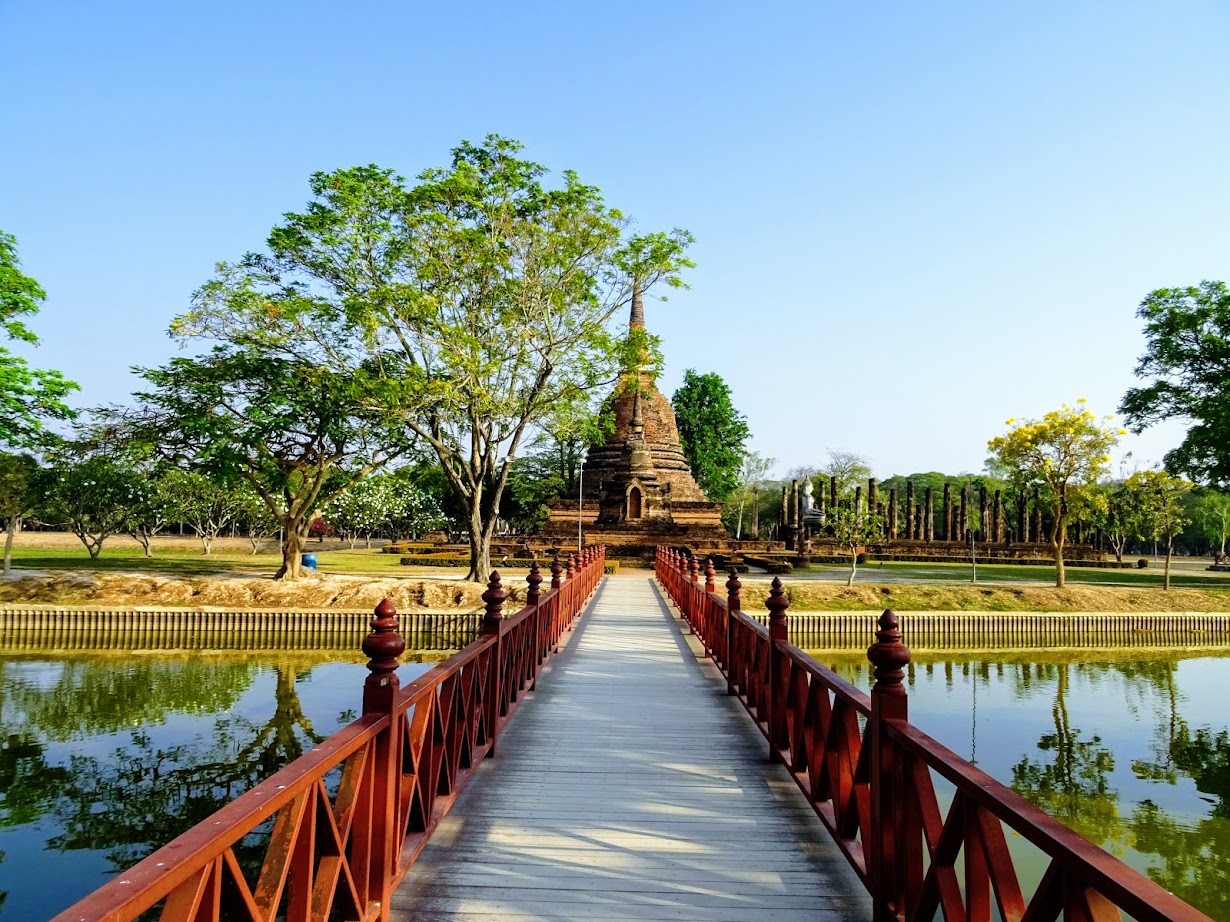 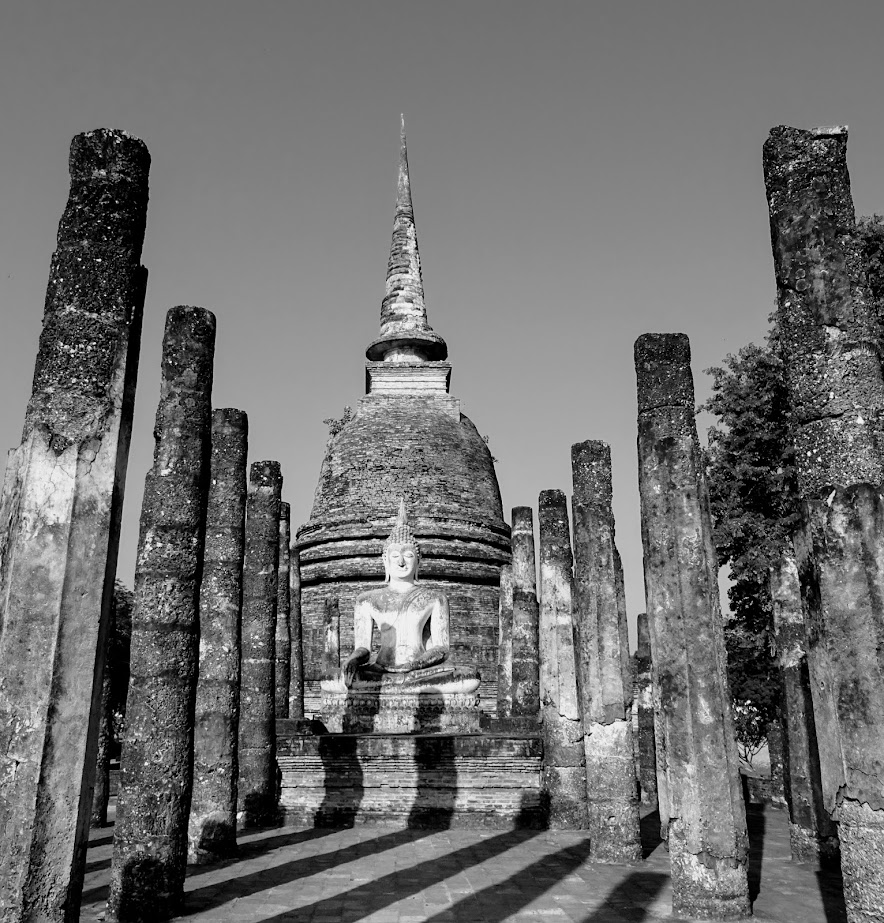 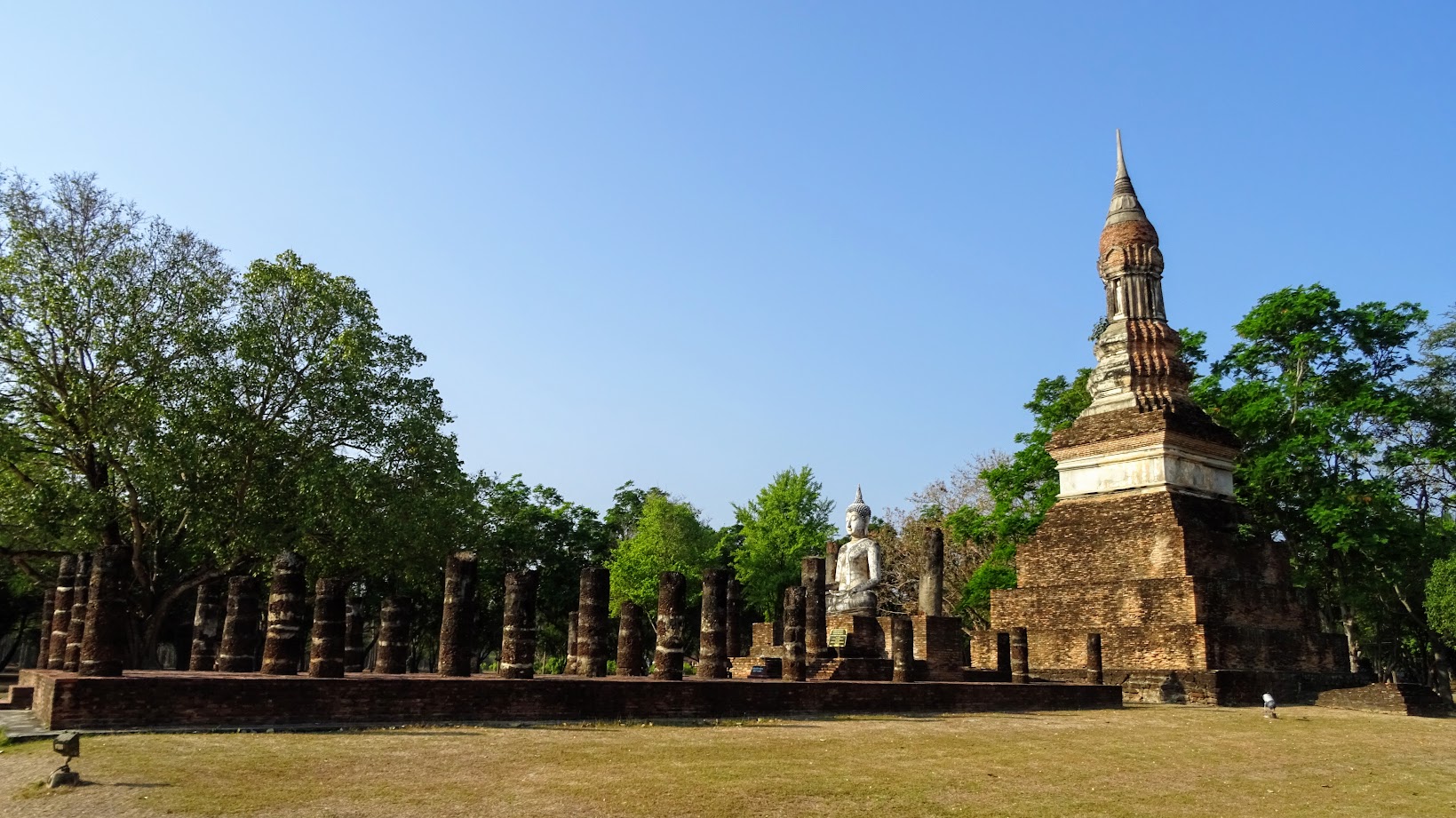 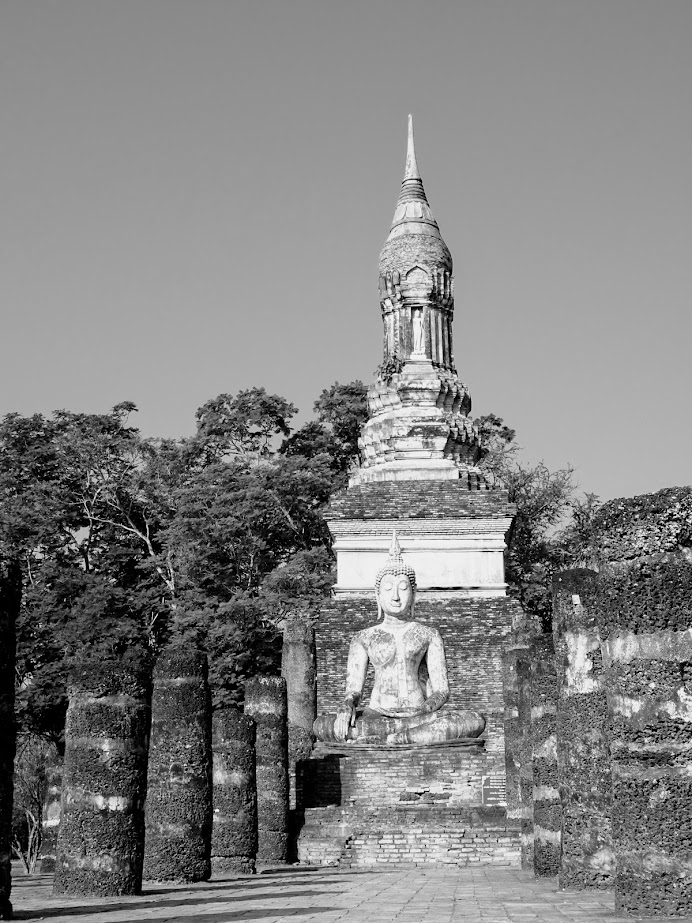 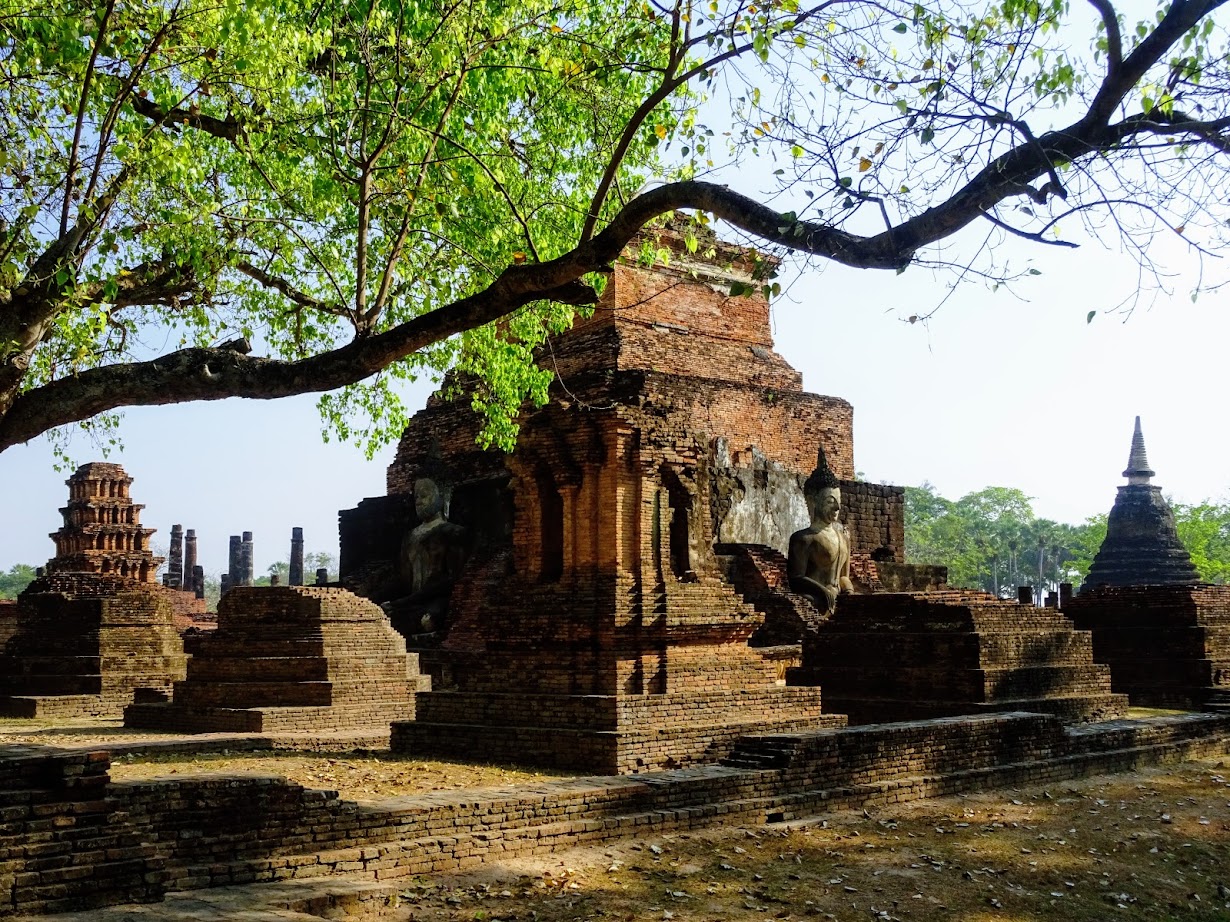 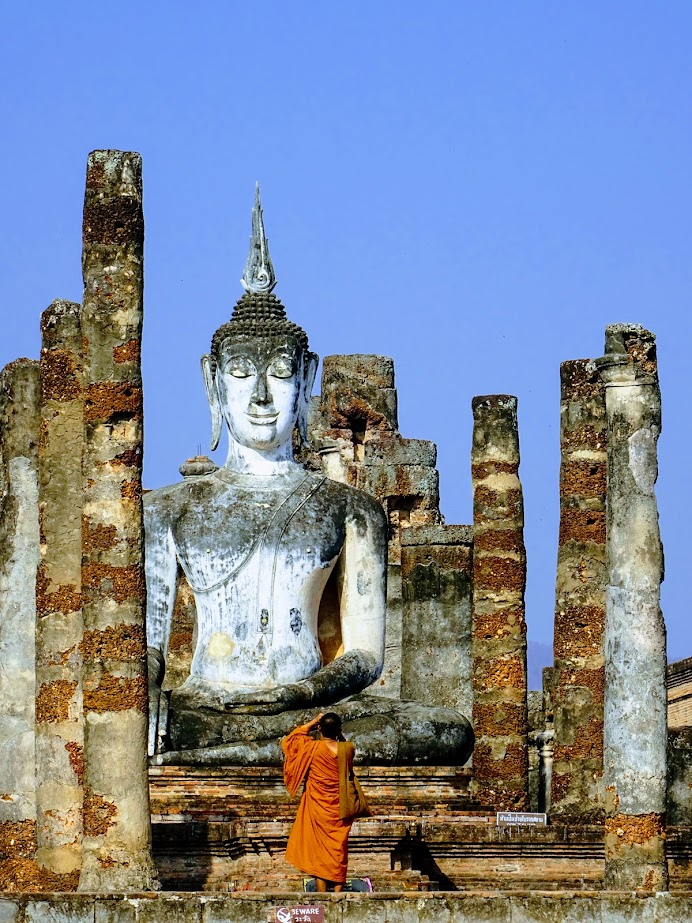 Since we stayed only one night, we visited the ruins very early the next day (The historic park opens at 6:30), which proved to be an excellent choice. During the day the temperatures rose to 35ºC which, together with the humidity makes the touristic visits a herculean task. We were longing to reach the islands, but we still had to visit Ayutthaya, our next stop!

The city of Ayutthaya was the capital of Sion between 1350 and 1767, until it was brutally pillaged by the Burmese. Dozens of temples show the past greatness of Ayutthaya, and we dedicated two days to exploring them. During it’s peak, Ayutthaya had more than 400 temples. 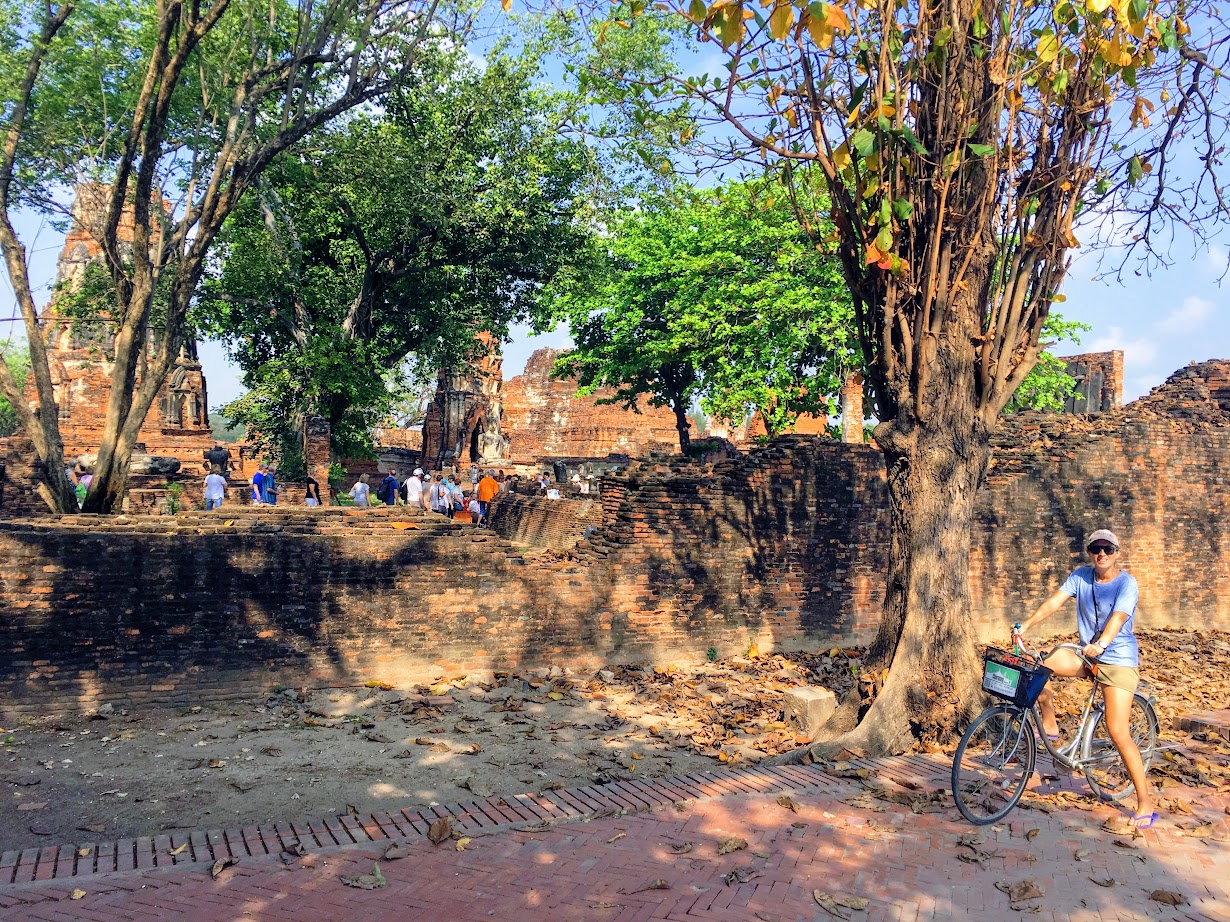 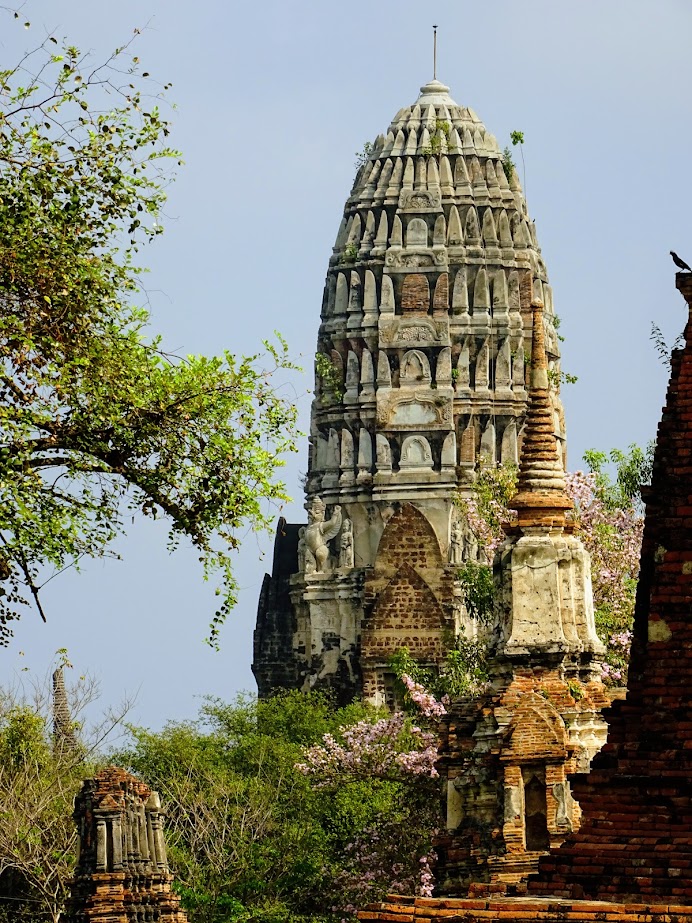 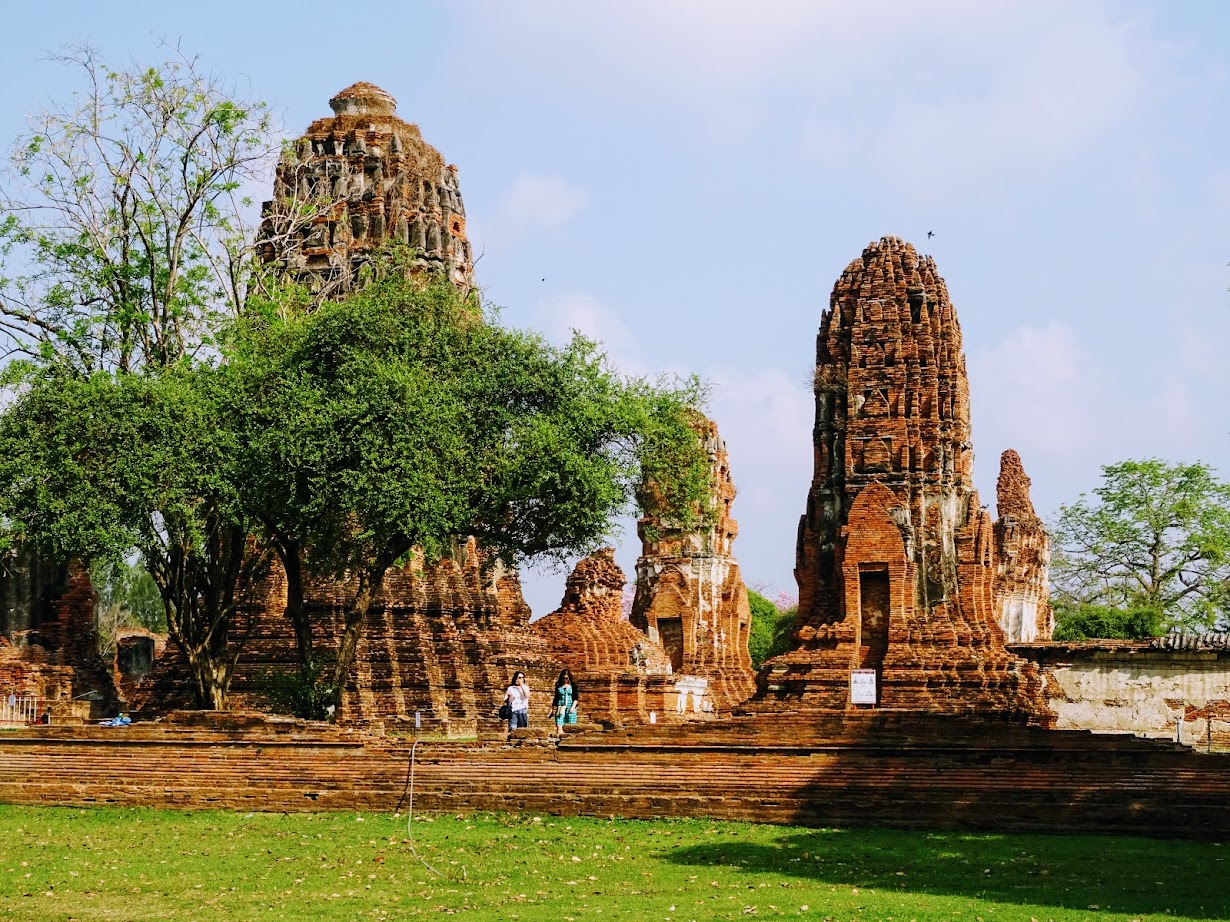 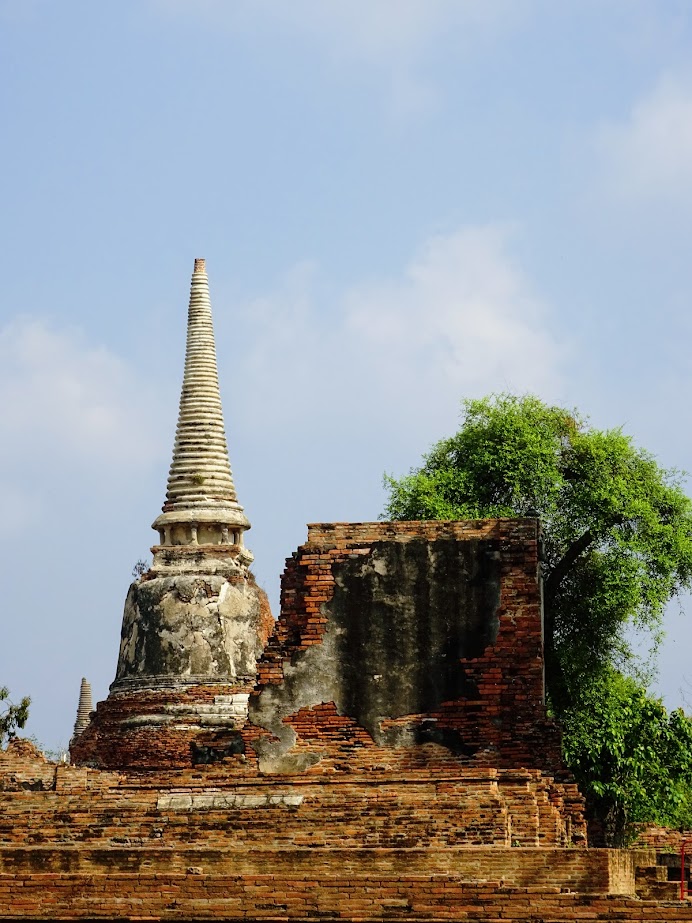 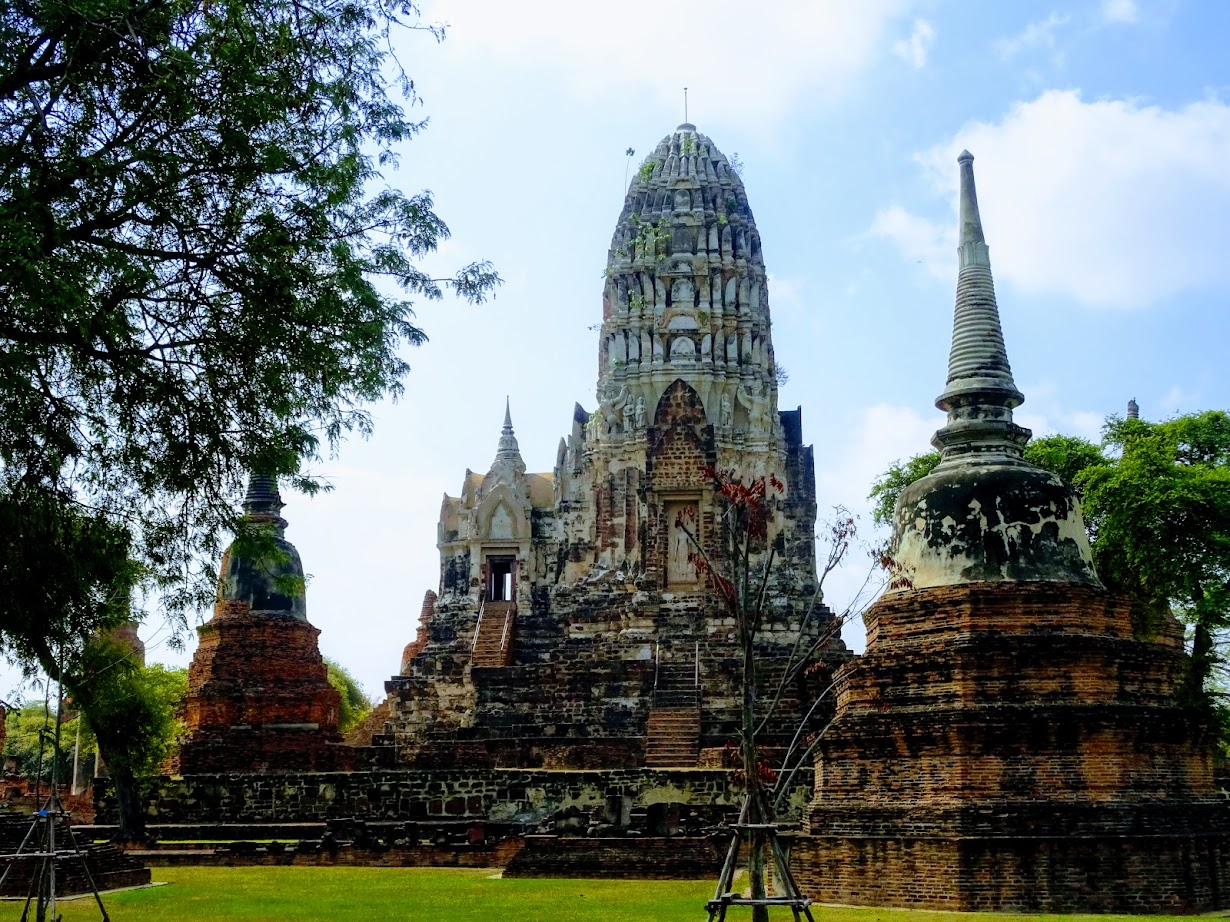 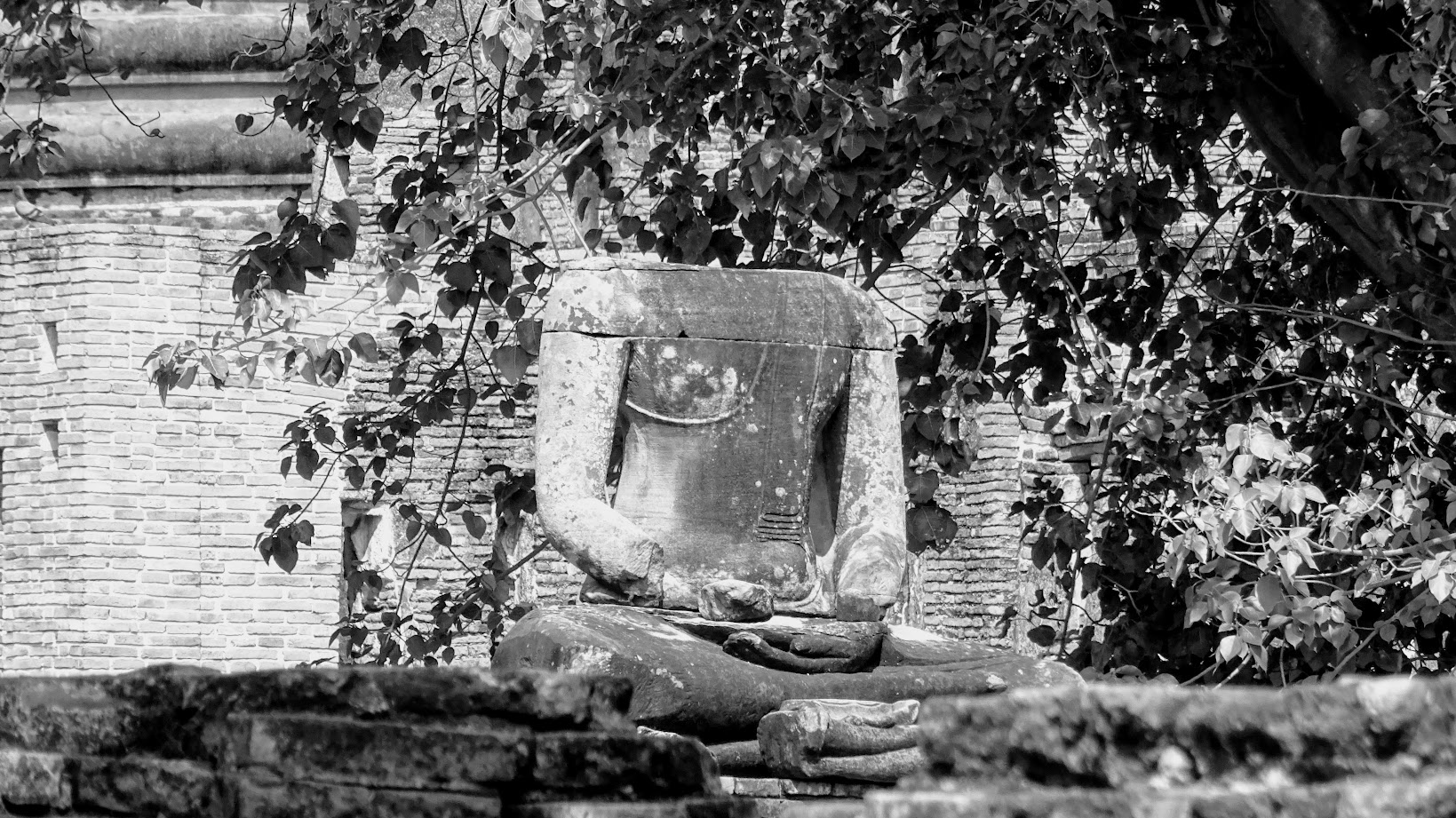 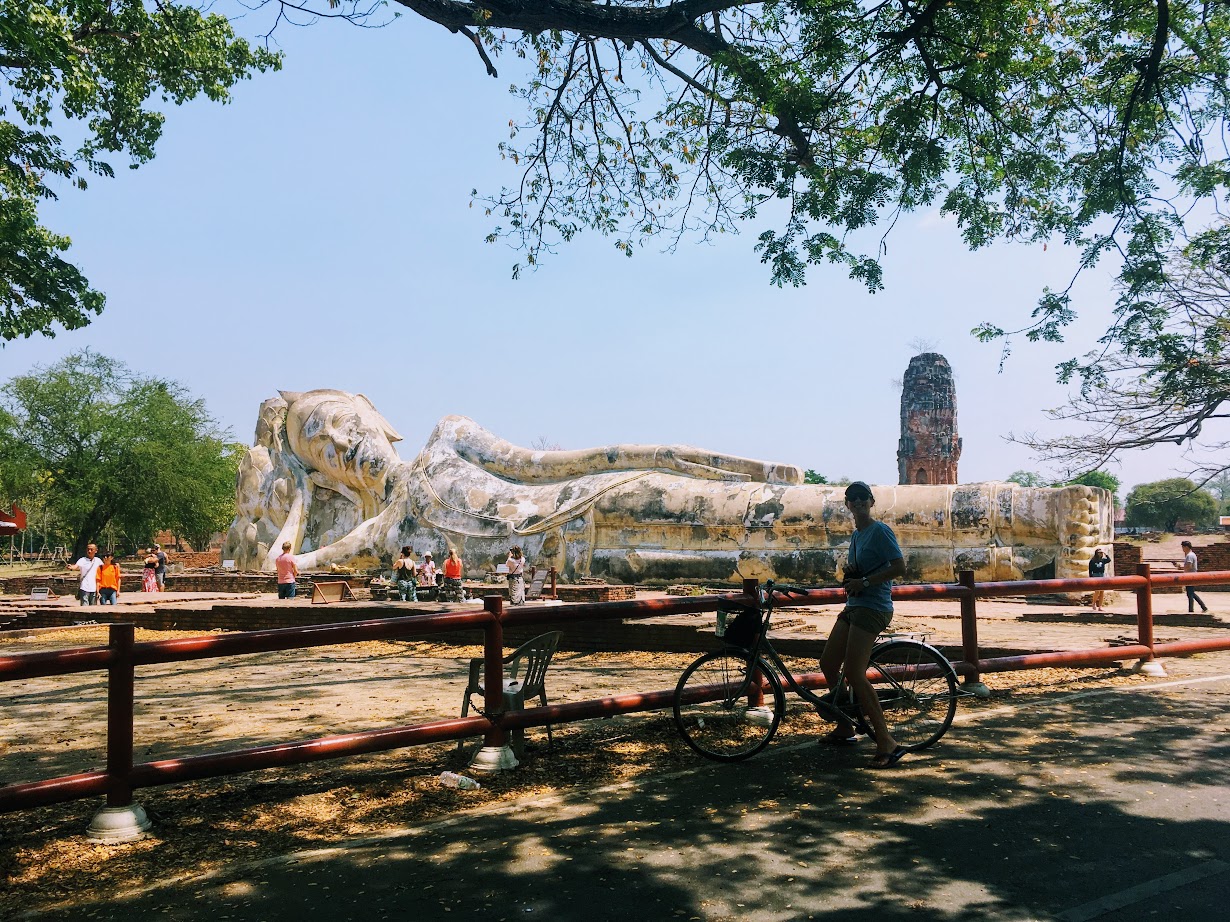 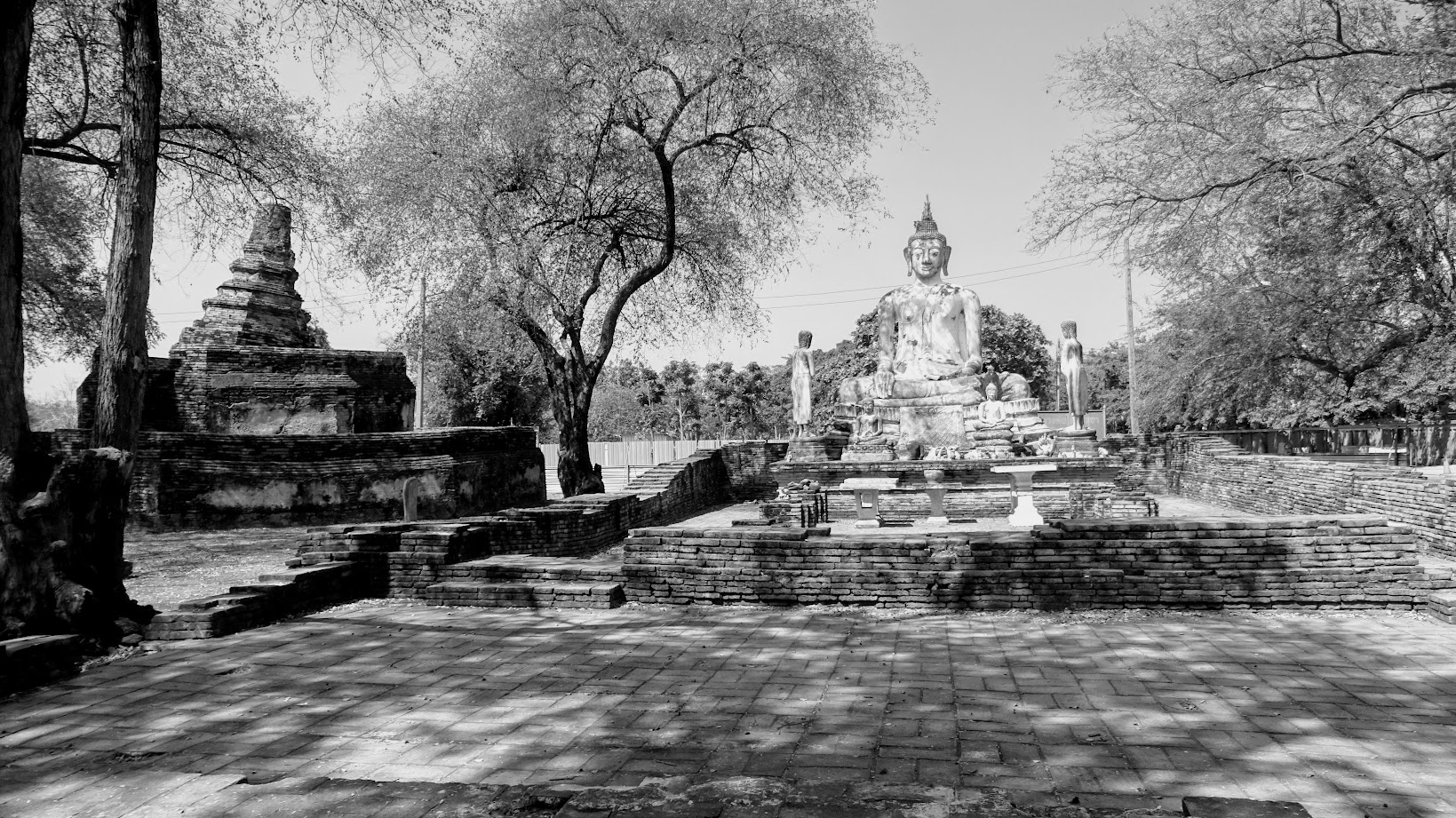 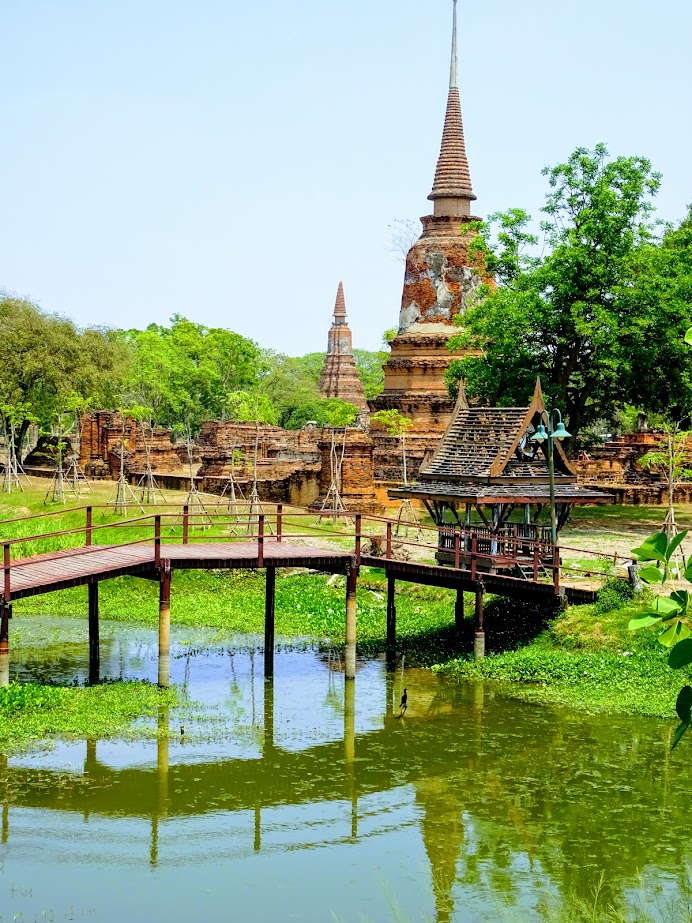 The visits to these two cities full of History were very tiring. As soon as we left the hotel our bodies were sticky and sweating, in an effort to combat the high temperatures, that the humidity only made harder to bear. Still, it was well worth the effort!