After Hue, we moved to our first National Park: Phong Nha – Ke Bang. Home to the biggest cave in the world (over 30km long) and many more huge ones, if you like cave expeditions you’ve probably already heard of this place.
As we had only one afternoon, our choice was for the shortest expedition, to Phong Nha cave by boat. The scenery is stunning, and the journey into the cave incredible, as you are rowed for over 4km into the cave, as gallery after gallery presents itself. On the way back you get out of the boat and also explore for around 500m on foot.
We had planned to stay just one night, but then discovered there were only night buses so we had a full extra day! We rented a bike, explored the surroundings and relaxed, the highlight of which was lunch! Eating homemade dumplings at a place called Moi Moi, in the middle of nowhere, was amazing. It’s really slow food, so go there, just don’t go in a hurry! 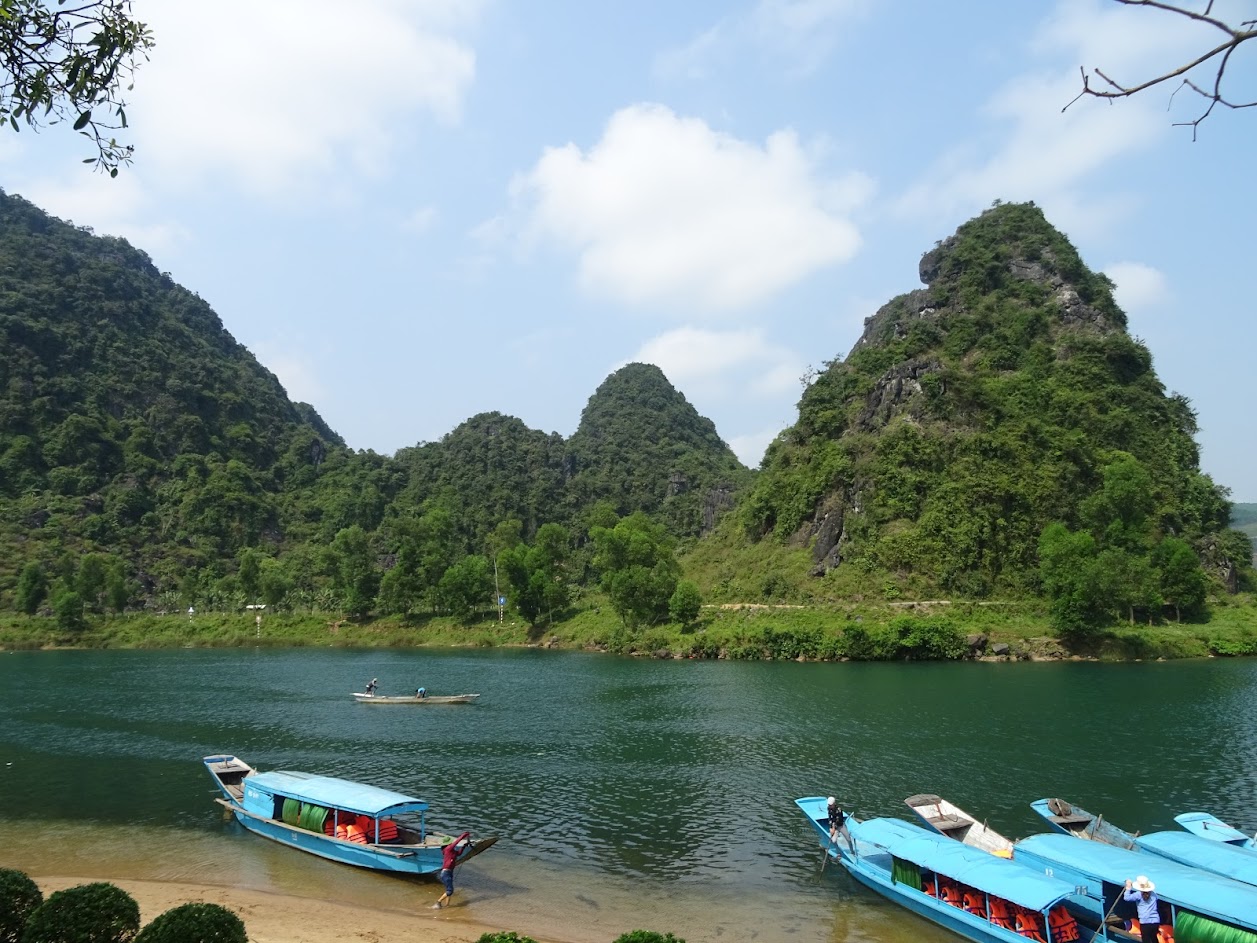 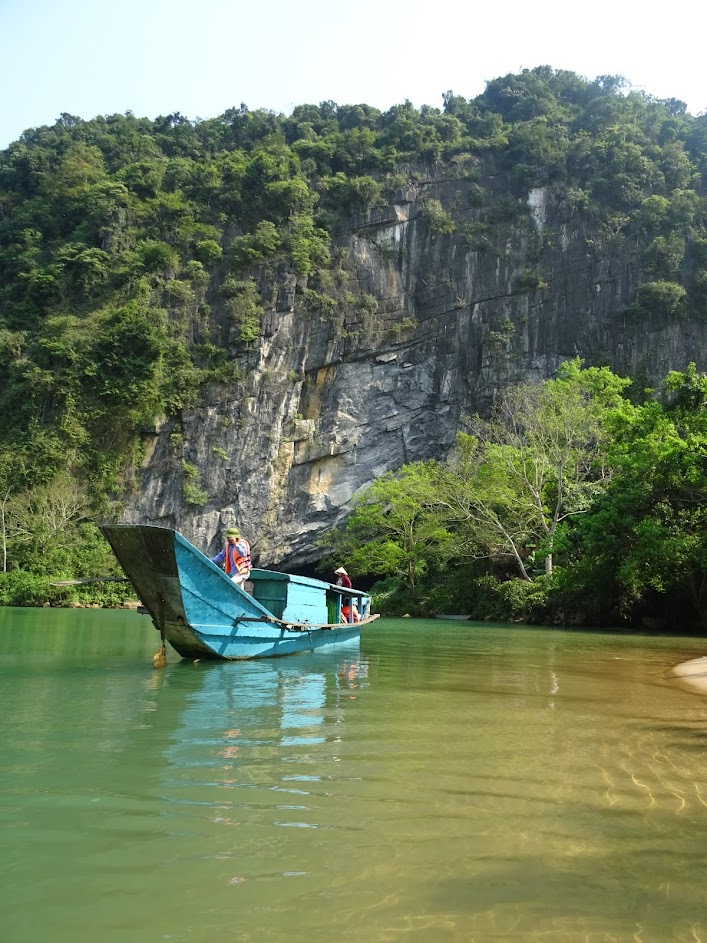 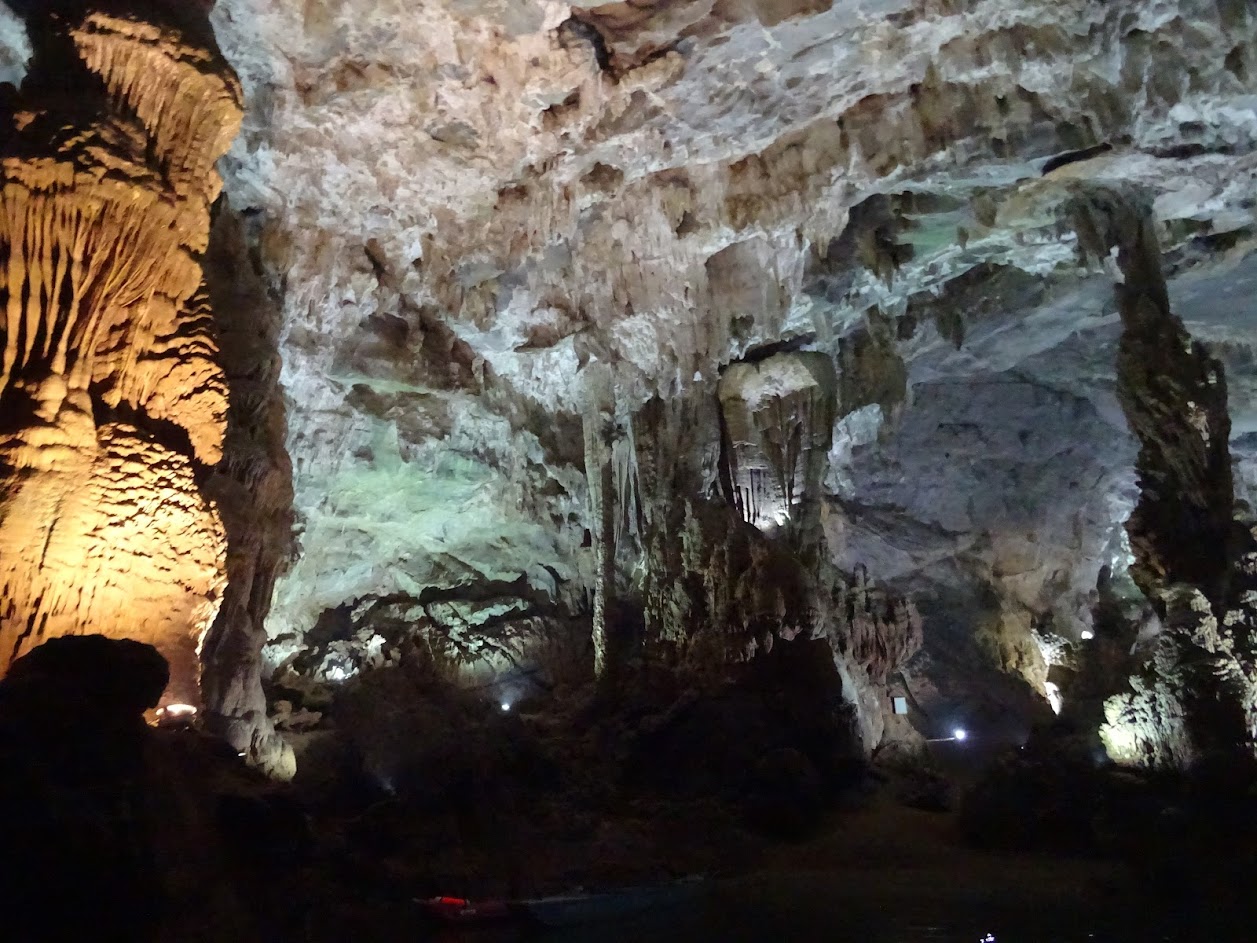 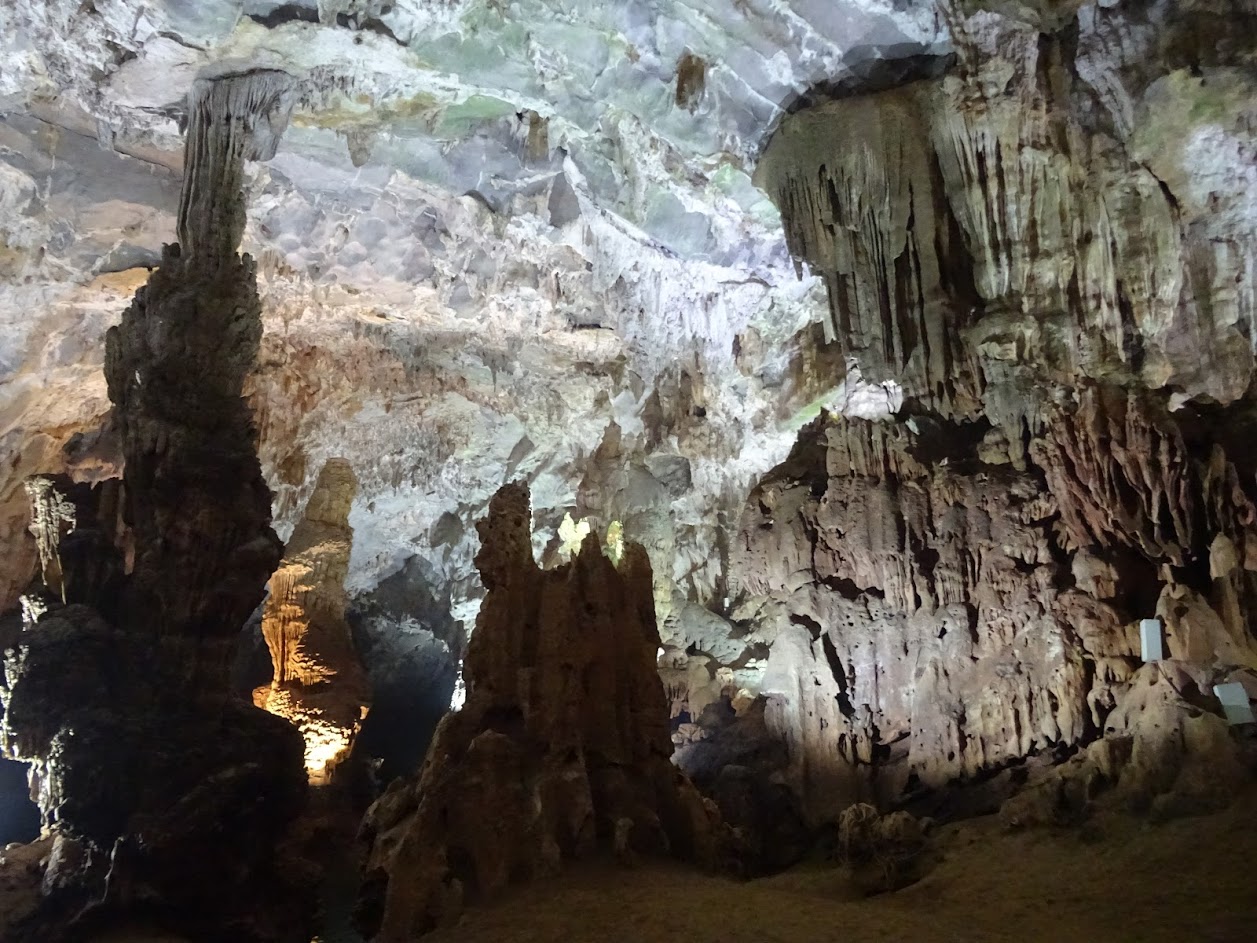 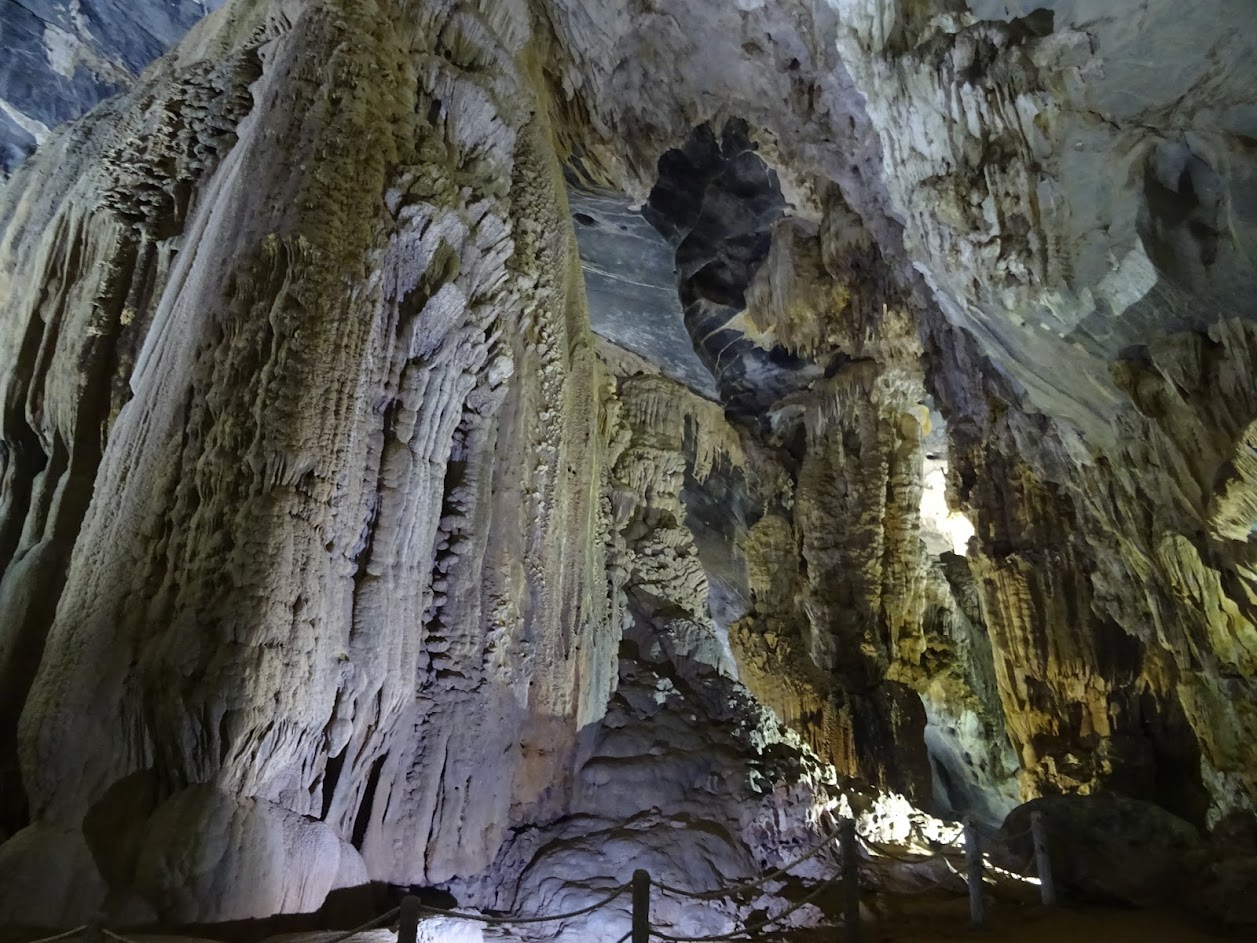 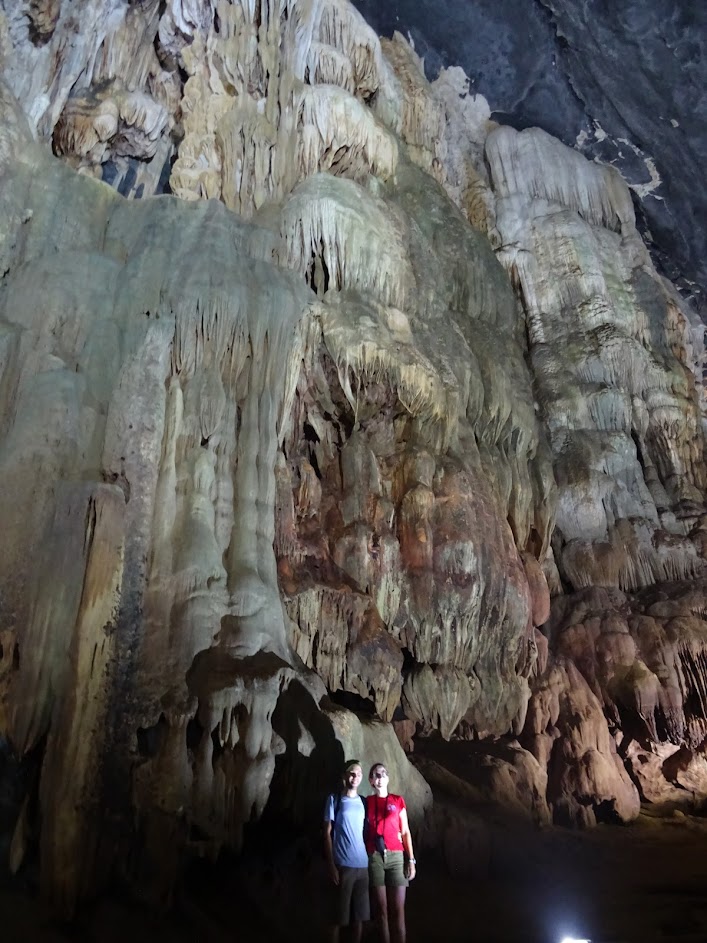 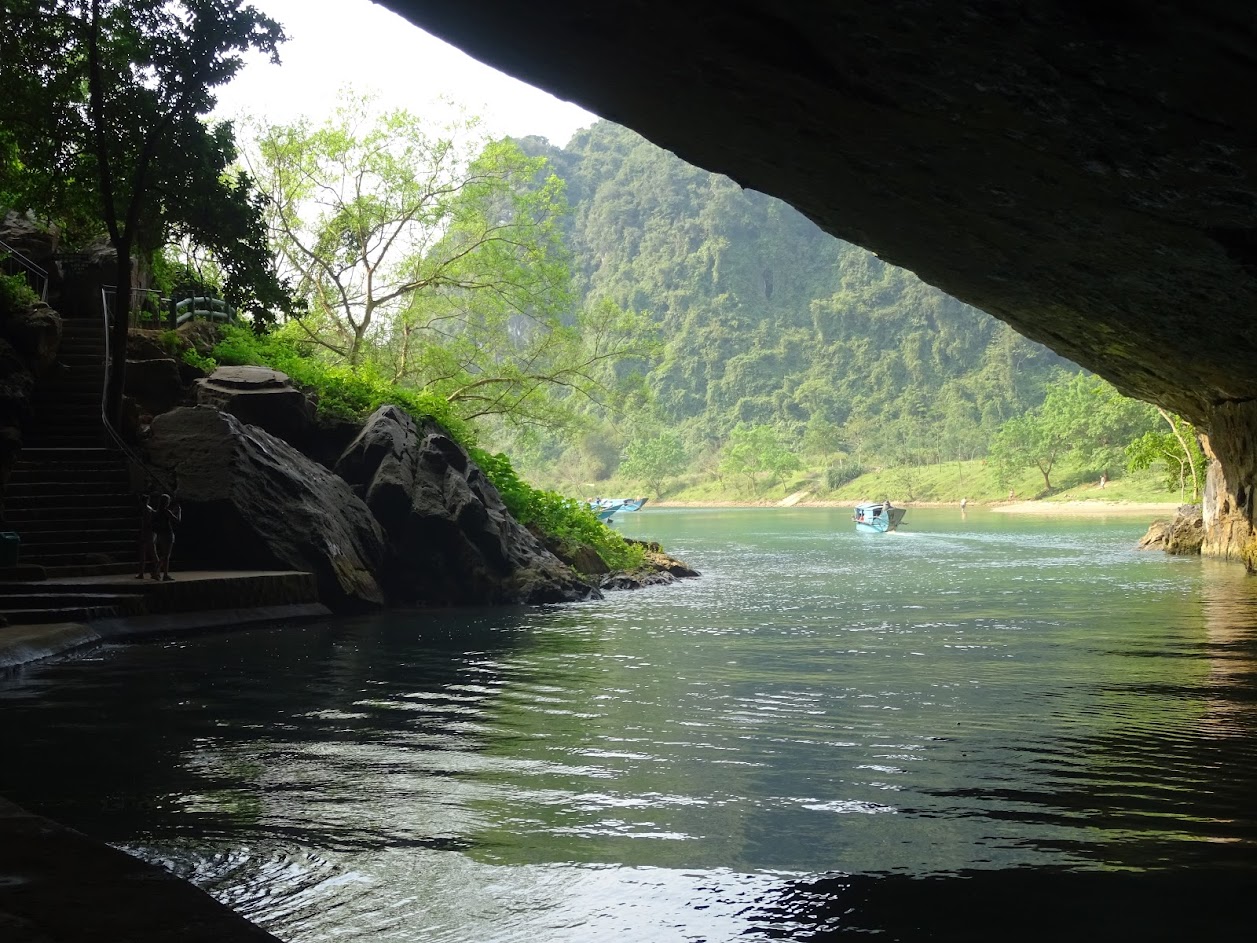 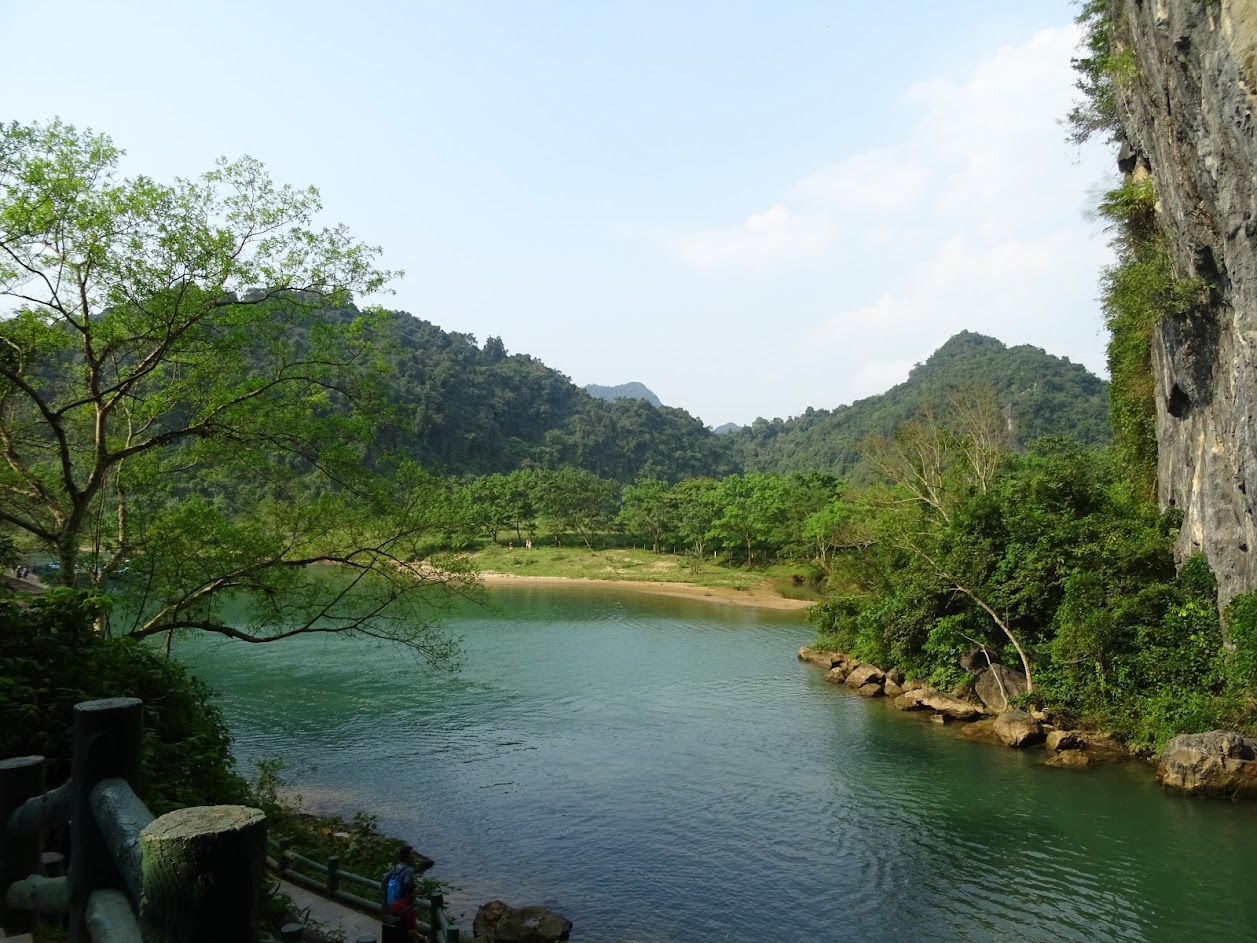 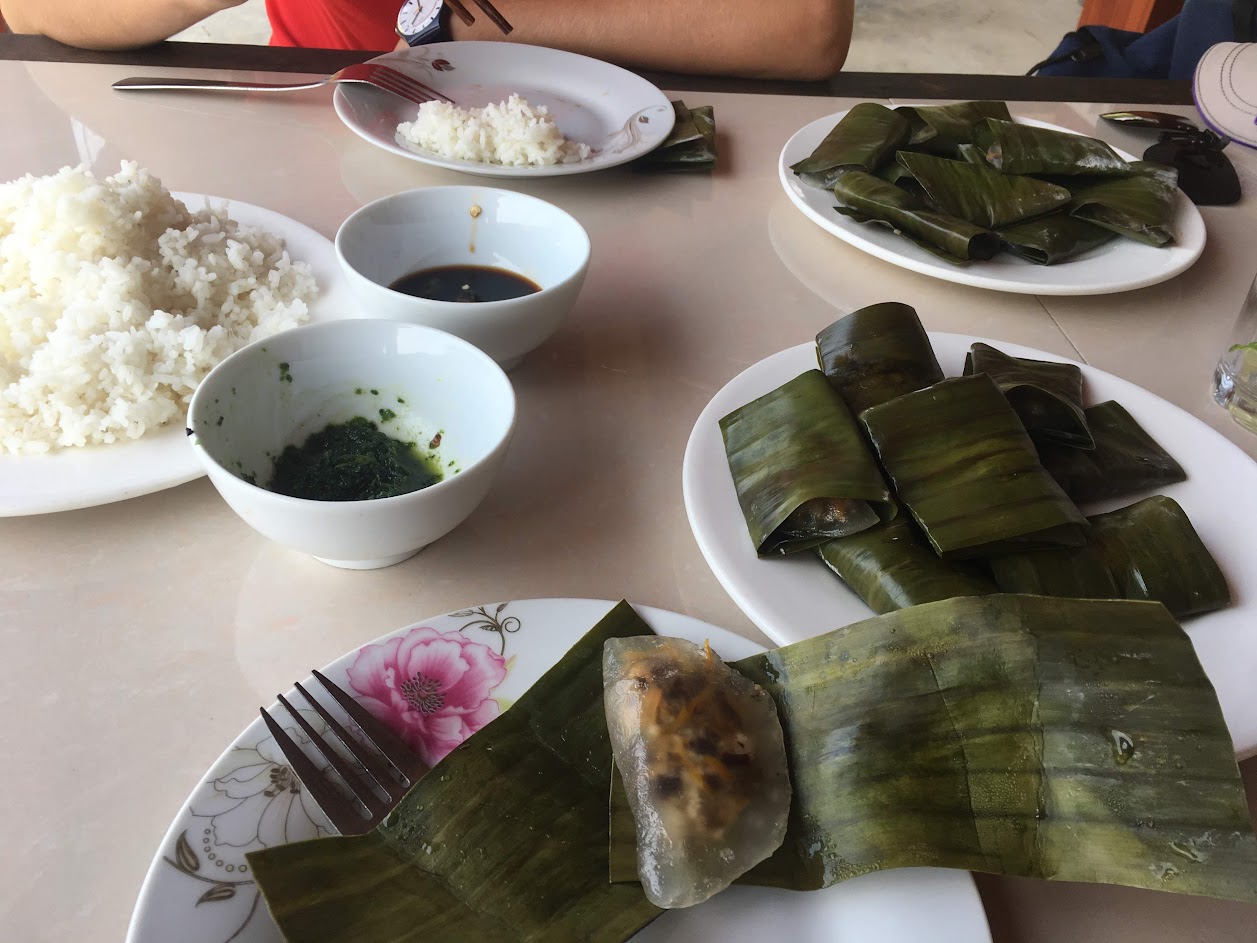 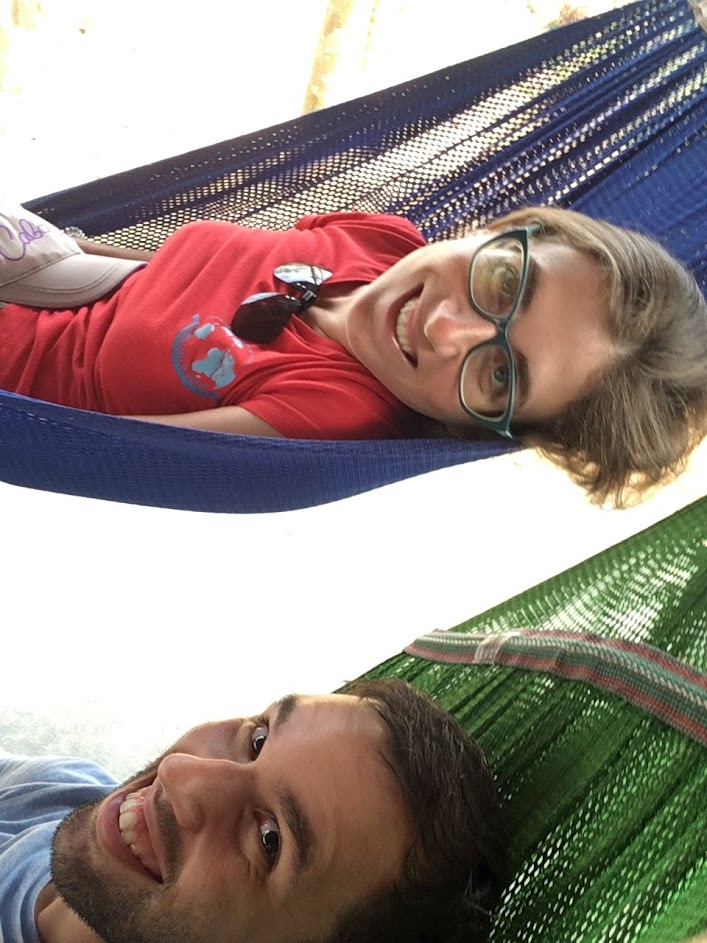 Having learned our lesson in the last night bus, and knowing we would arrive between 3 and 4 AM, we asked the hotel in advance if we could check in early with an extra payment. I’m so glad we did! We went straight to sleep and by 10 AM had eaten an wonderful breakfast and were ready to explore!
There was just a little problem. With some of the main sights up to 30km away, the day tours already gone, how would we see everything in one day?
The best and obvious choice was something we had managed to avoid until now – renting a scooter!
Neither of us had driven one before, although we knew it’s a very popular means of exploring southeast Asia among backpackers. How hard could it be? If we go slow it must be like riding an electric bicycle… still, the multiple tourists we had seen with knee and leg injuries kept coming to my mind.
In any case, Tam Coc was the calmest place we had been yet, with very little traffic, so after testing the scooter for a little bit in front of the hotel, off we went! Sticking to 30km/h we only overtook bicycles, but we felt very safe.
Our first stop was in Trang An, for a scenic boat ride surrounded by karstic mountains. It is as popular as it is enjoyable, even with the peculiar Asian couple that shared the boat with us, who took several photos of themselves every minute of the journey.
Back on the scooter, we headed for the furthest point, the impressive Bai Dinh temple complex, the hour and a half we had planned for it was enough for a good overview, but not a complete one. There was no choice but to move on, as driving after dark was not really an option for us. We headed for Hoa Lu to see some of the remains of a city with over 1000 years old, and after a short stop made our way back to Tam Coc. It’s easy to understand why so many backpackers rent scooters locally, as it is practical, cheap and safe (if you drive slowly on roads without much traffic). 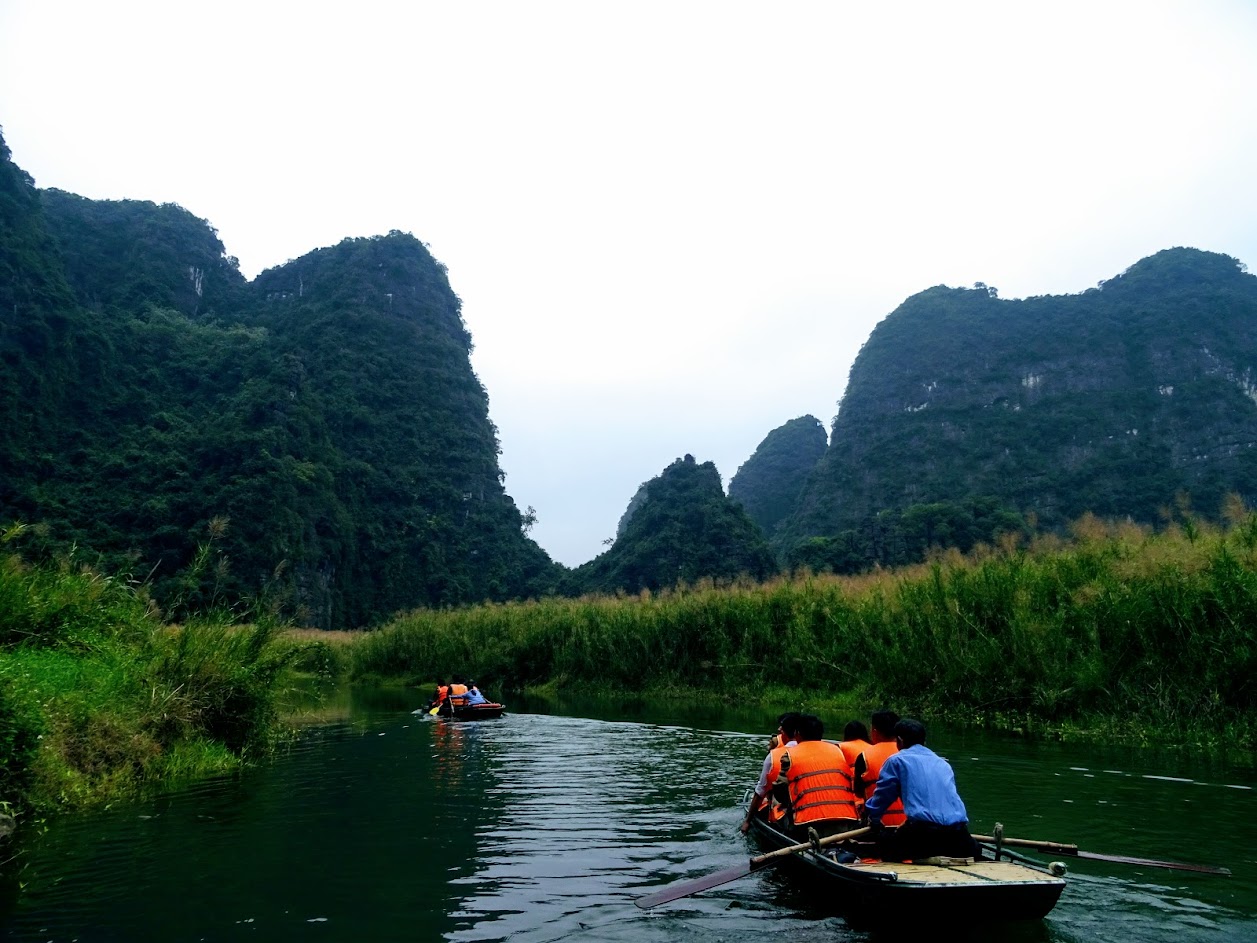 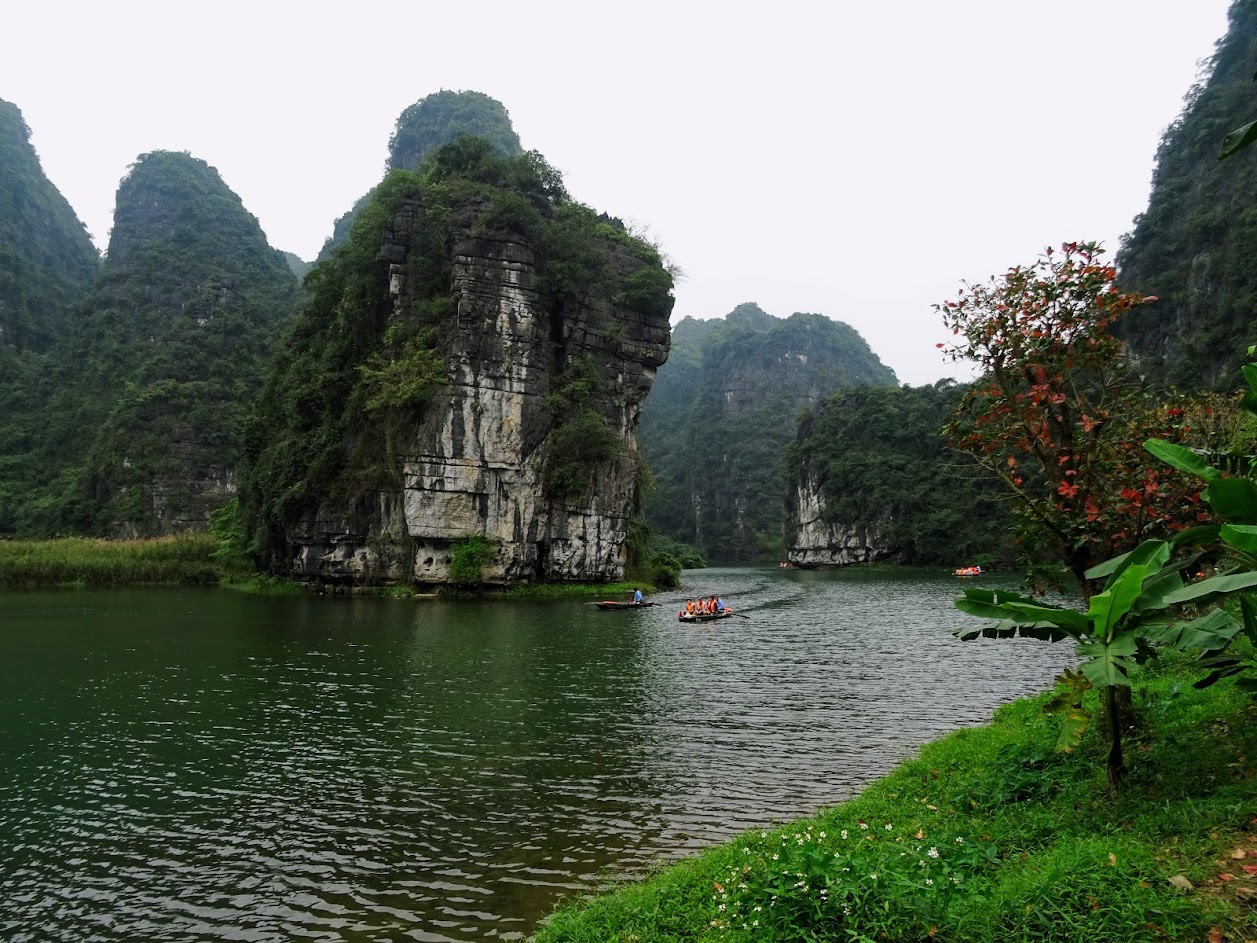 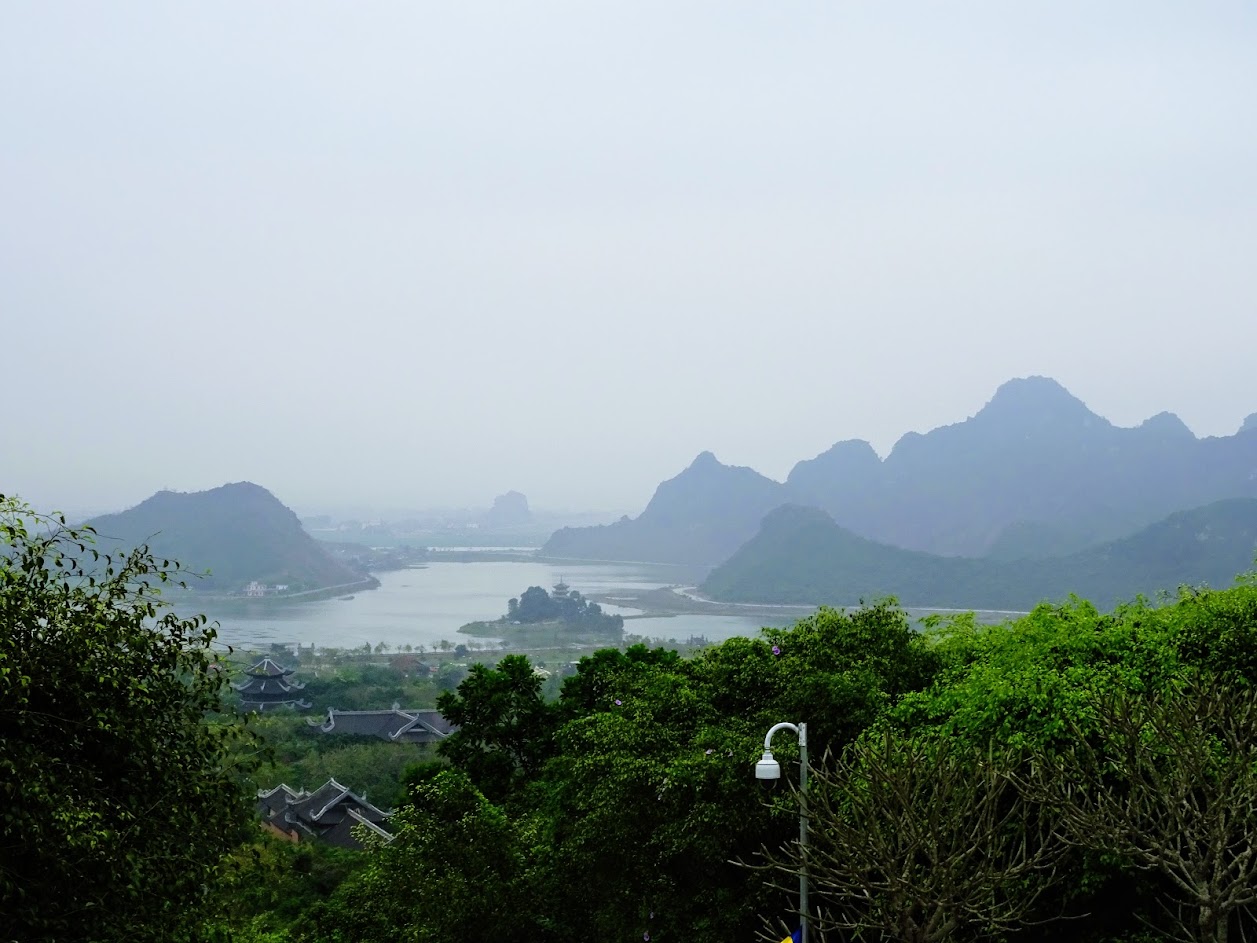 We decided not to go to Halong City and went instead to Cat Ba Island. By boat and bus we were there in no time. The bus journey from the pier to Cat Ba town already shows why this area is so famous for it’s natural beauty.
Unfortunately for us, the sky was grey the whole time, and we didn’t see the sun at all during our short stay at Cat Ba.
We hoped the sun would come up at some point during our cruise that lasted the whole next day, but it didn’t. Cruising in between the small islands of Lan Ha and Halong Bay was still magnificent, and kayaking even better. The weather wasn’t really inviting for a swim, even so some people went. And to finish the cruise we stopped at “monkey island”, where a short but challenging trek up the rocky hill showed us some magnificent views.
Staying longer in Cat Ba would have been great, but with the weather as it was there was really no point. 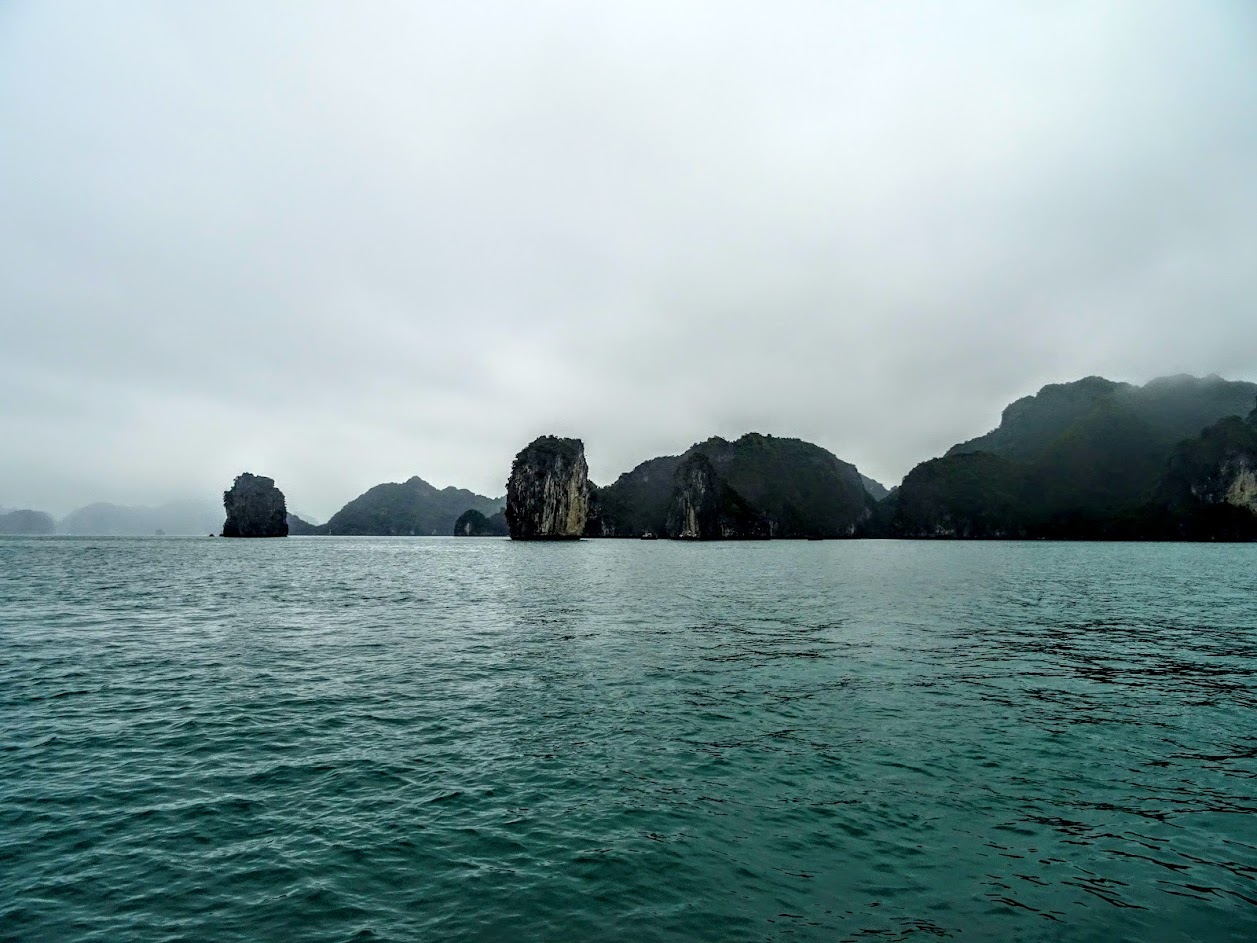 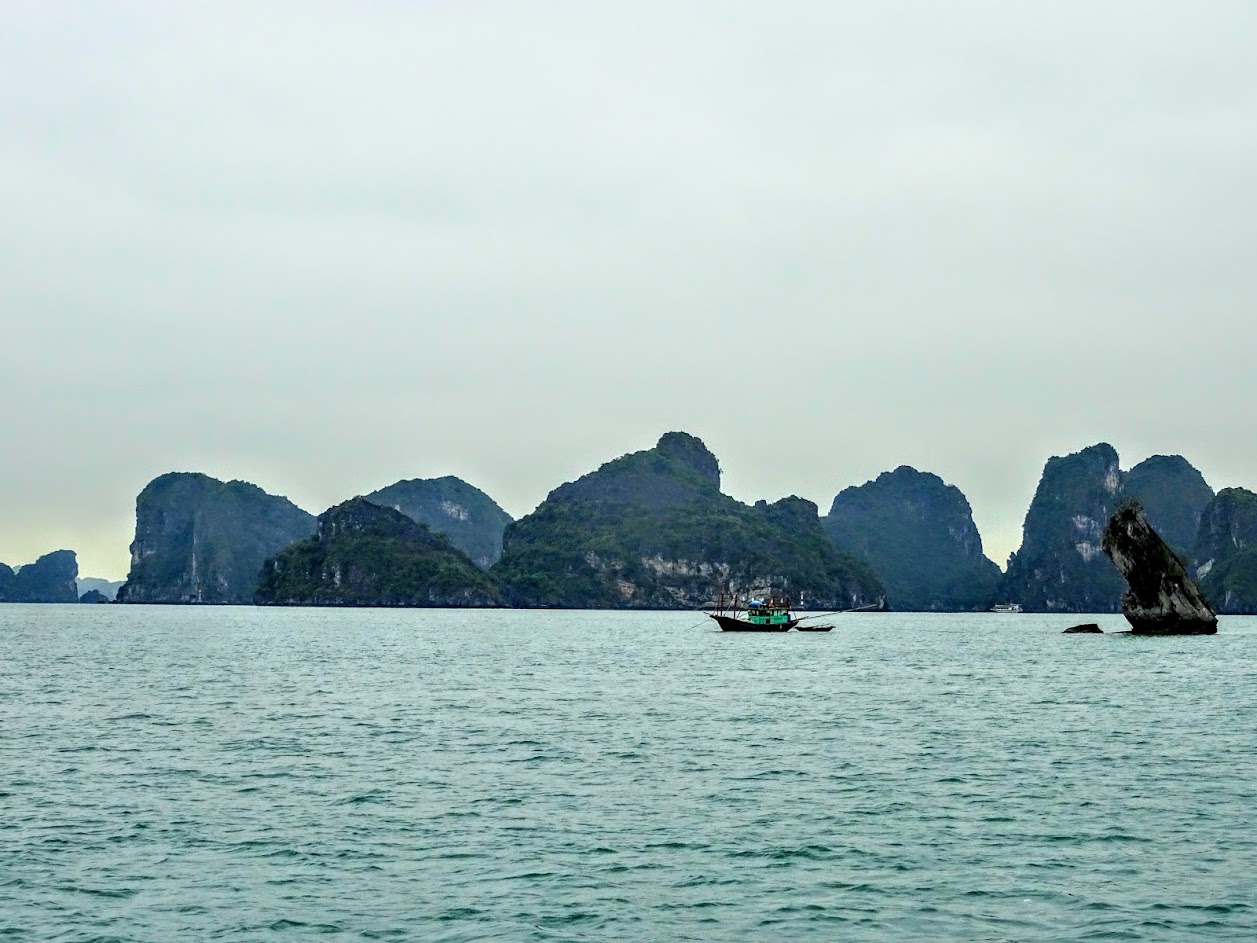 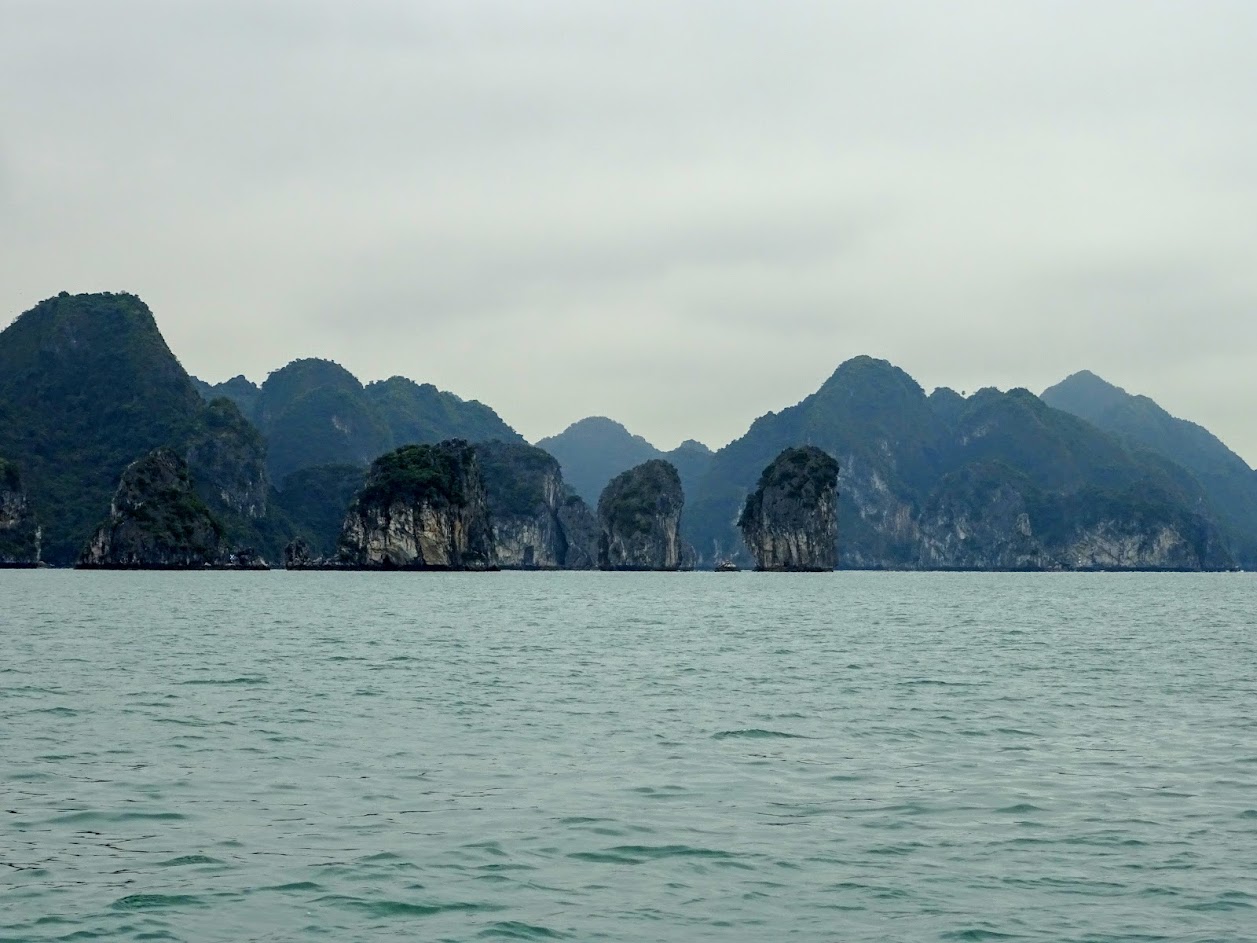 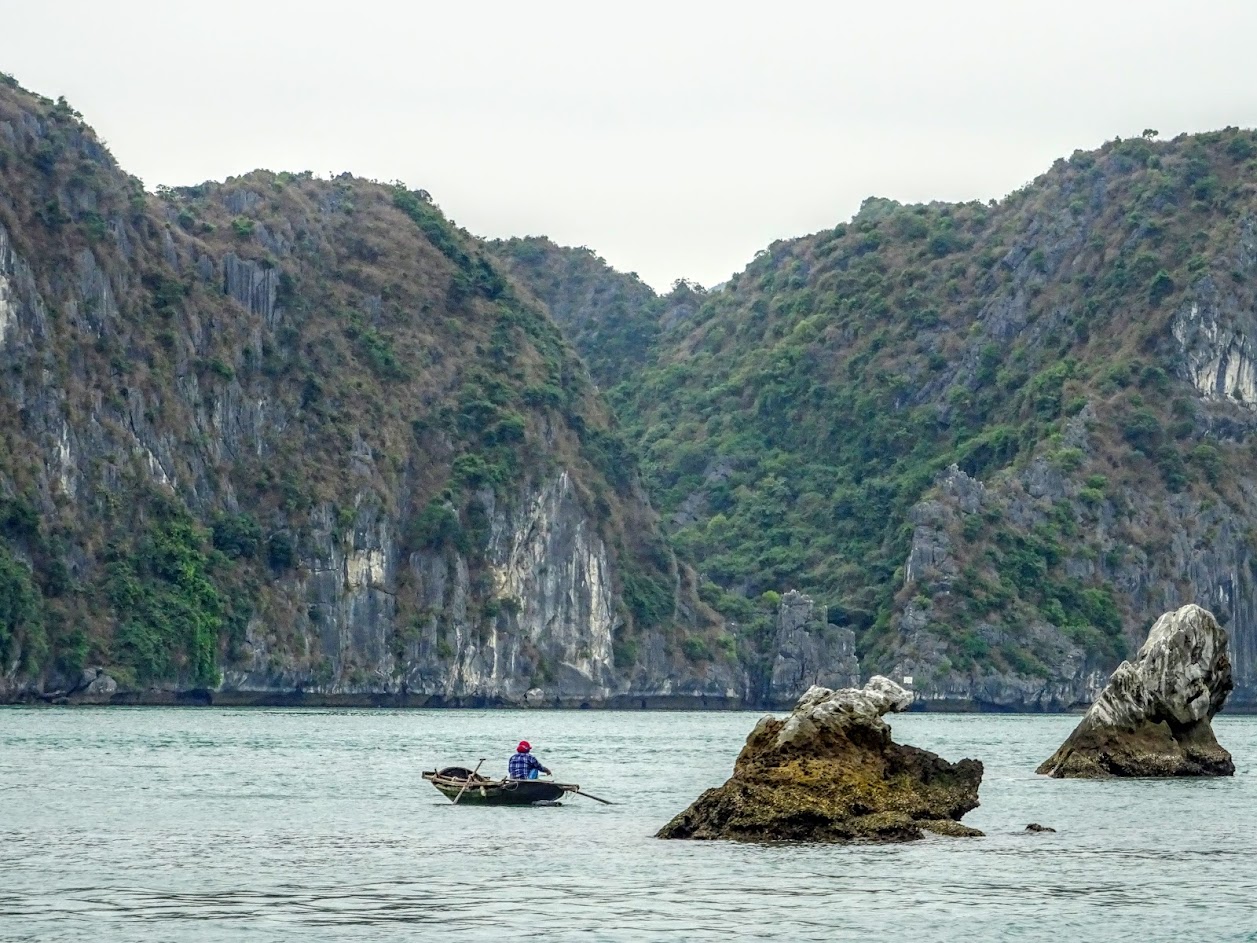 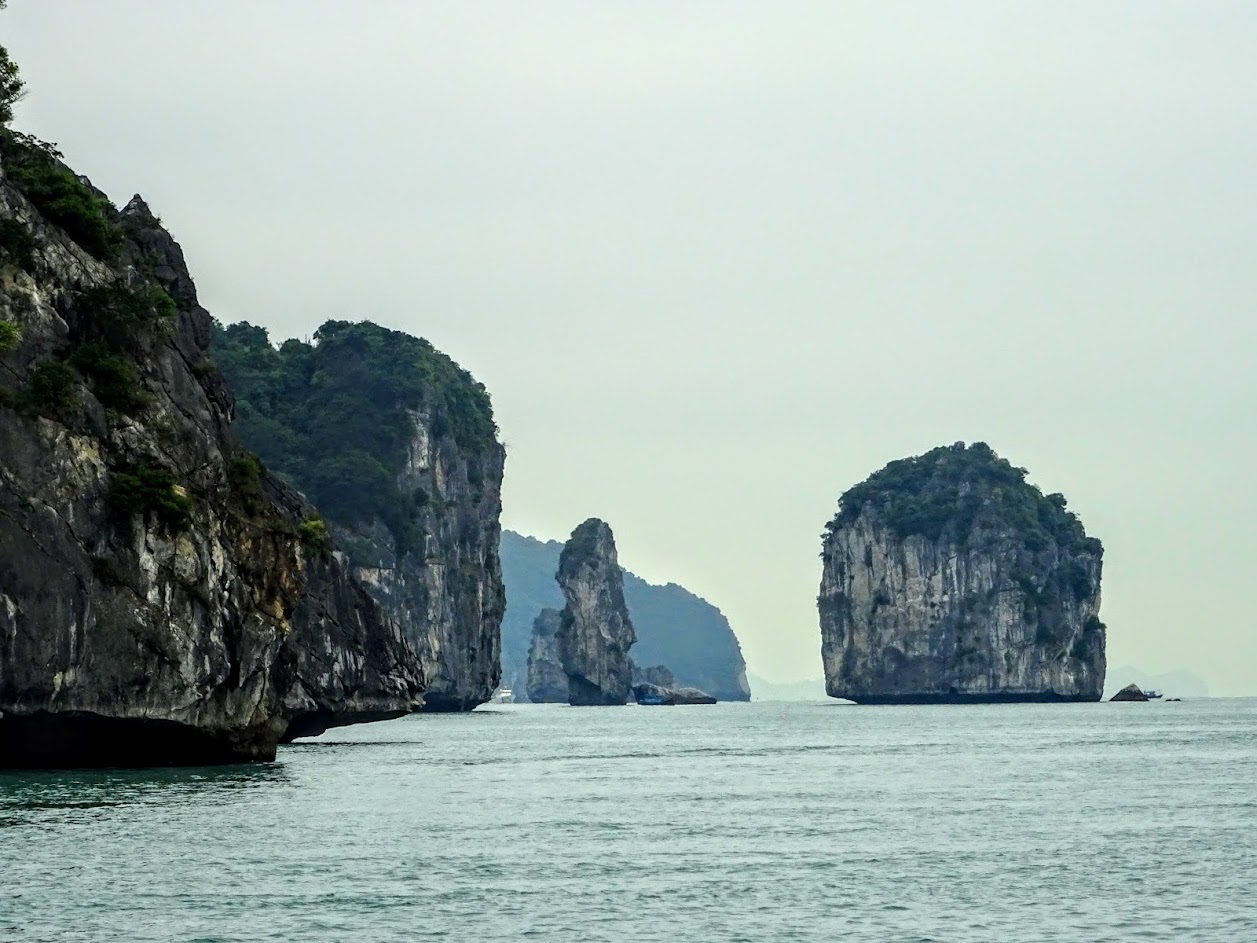 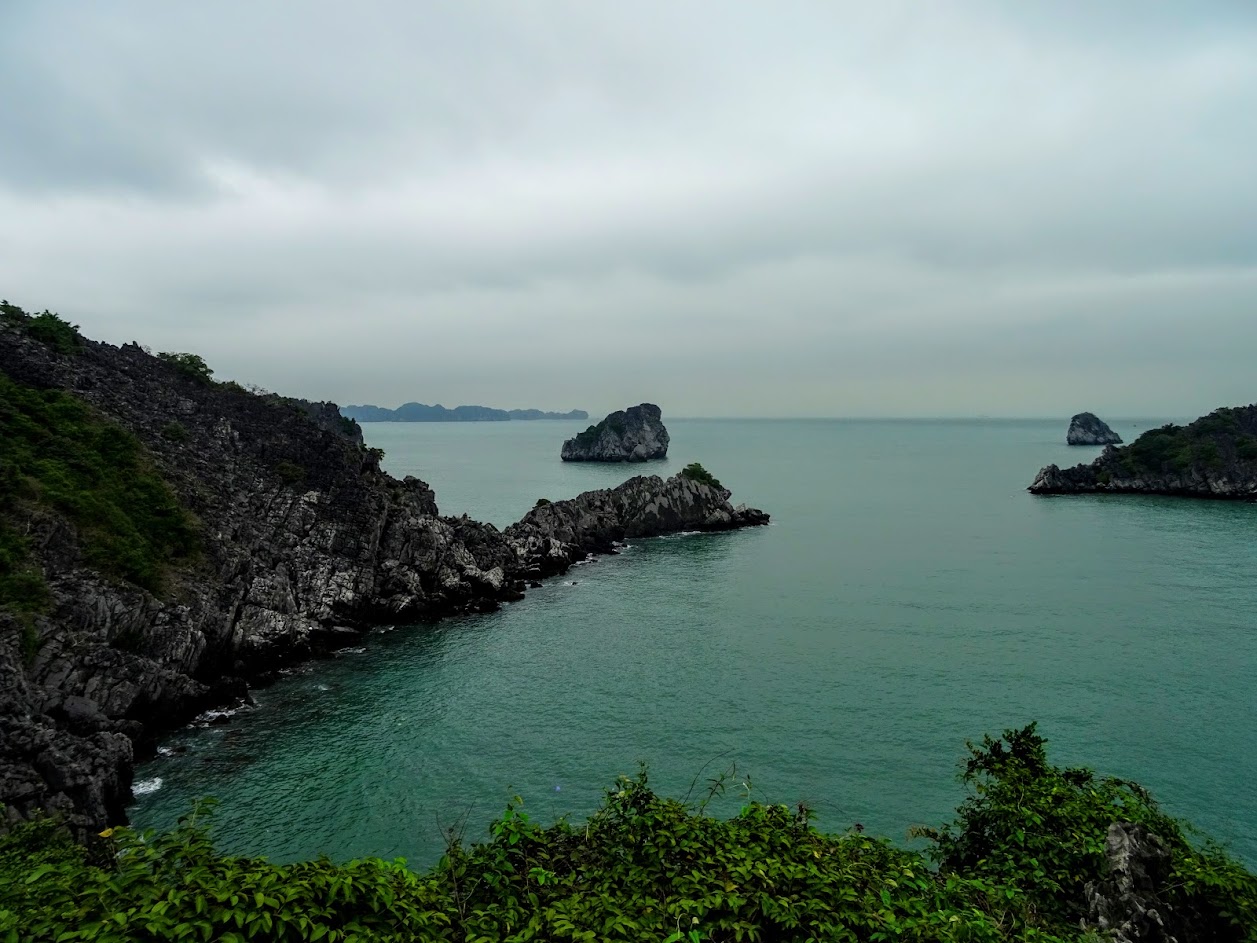