It’s eight minutes past midnight here in Bangkok. Eight minutes past five PM in Portugal. Even though I slept very little last night, I can’t fall asleep. I know that tomorrow I won’t want to get out of bed! There is a lot to be said about jet lag…

I arrived in Bangkok two days ago and I can say that the city didn’t make a good first impression on me. Or second…

Bangkok boils at a staggering pace, full of neon lights, smog, cars, motorbikes, noise, people, more people… Nine point two million people! It’s like jamming the population of Portugal into a single city. Unbelievable! Bless the country where I was born, I think to myself. Where there is space!

As soon as I arrived I said: “not even if I was paid millions I would come live here!”, and I still say it, even after seeing some of the temples, the river, the “calmer” side and the old town.

I can imagine those who live here even like it, imagine if they didn’t. But if we think about the health of the Planet Earth and then see a city like Bangkok, we quickly realize they are incompatible.

Nevertheless, one of the biggest points of entry into South East Asia is, in fact, this city, and that’s why we are here. We booked four nights, since we had to do the Vietnam visa (the online visa is only accepted at airport borders). It’s too long. Our lungs beg us for a shorter stay. Therefore, my advice is exactly that, if you have to pass through Bangkok, don’t long to lose yourself in it’s streets. You’ll get to the end of the day full of a dirt layer over your skin, and a few toxic gases inside your lungs!

We may have caught one of the worst periods in terms of smog, because we heard it on the news and saw several pharmacies with the stock of masks depleted (yes, because we had to buy masks!). But even in “good” times it is difficult to imagine the situation being much better, due to the infernal traffic.

But, if you like shopping, this is the ideal place. At every corner there is a massive shopping mall full of all the brands imaginable. This city is truly the consumerism paradise.

Points of interest in Bangkok 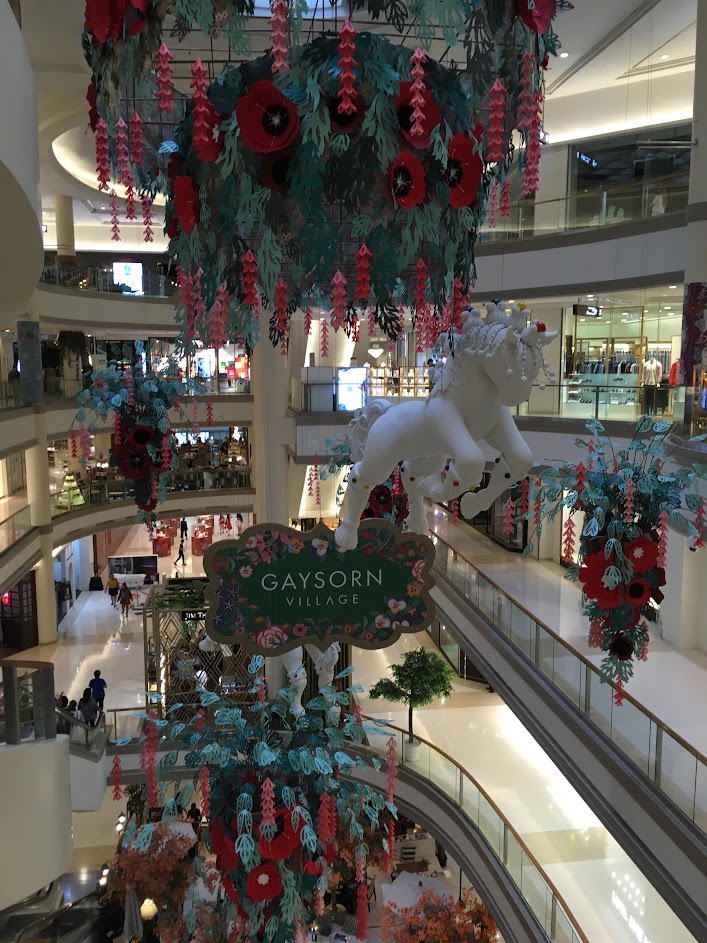 There are many shopping malls, all huge and modern. Due to the chaos outside, they end up being a great “resting” place. In this one, the Gaysorn, we found a super confortable sofa while we listened to someone playing a grand piano. 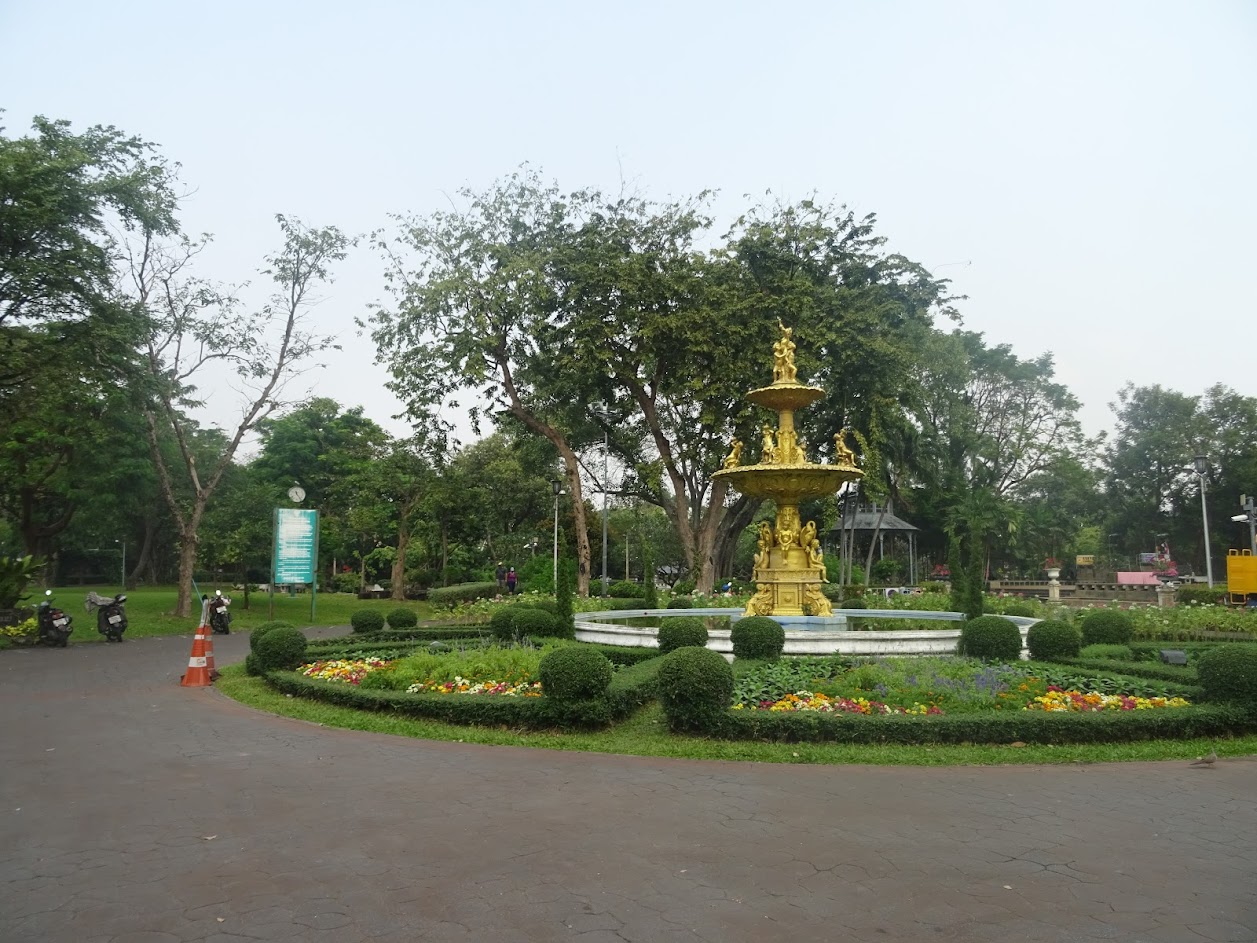 Lumphini Park is one of the biggest in town, and quite nice for a walk. 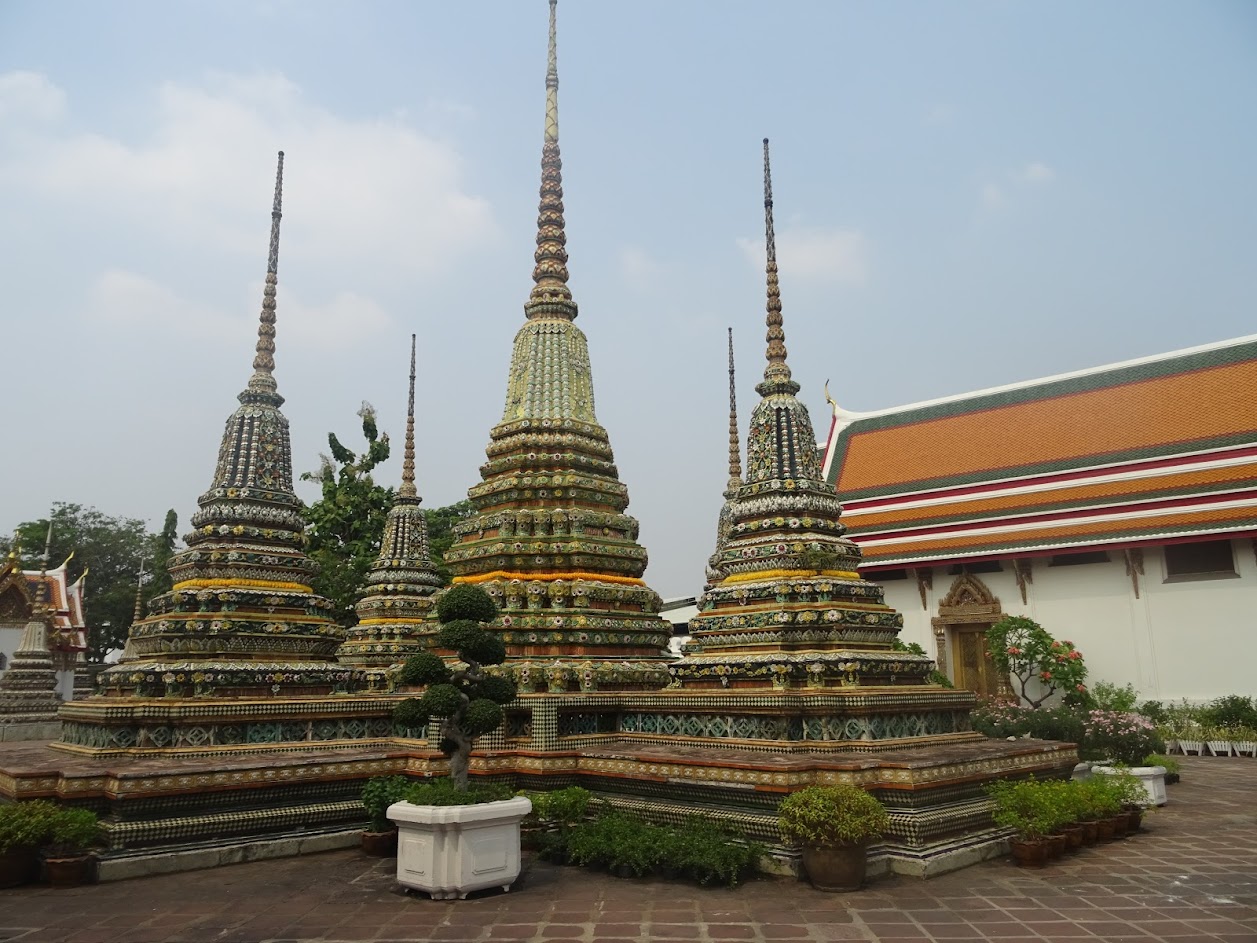 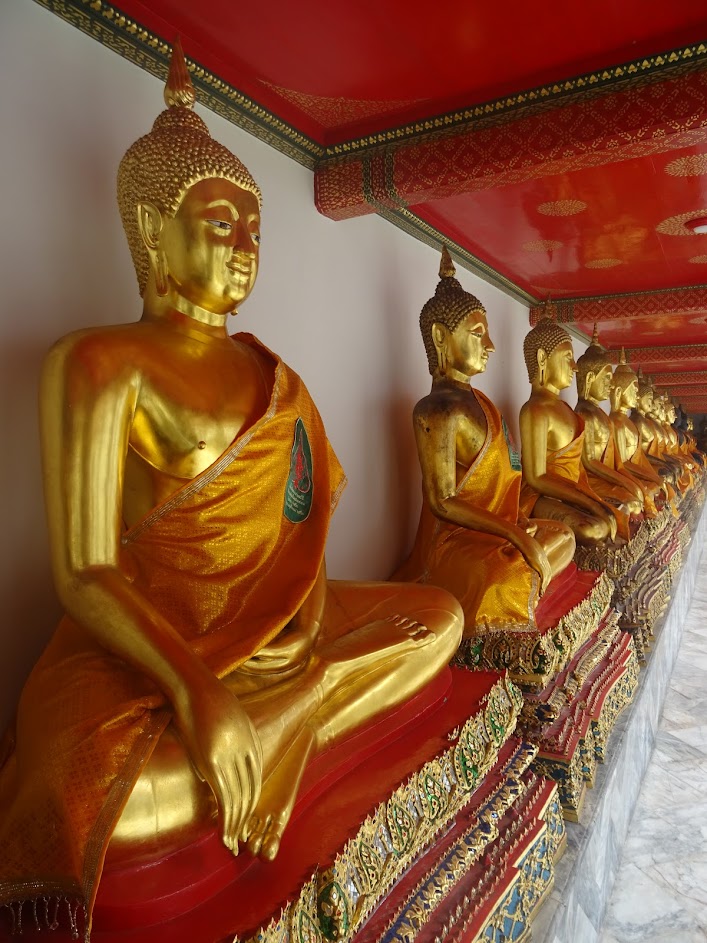 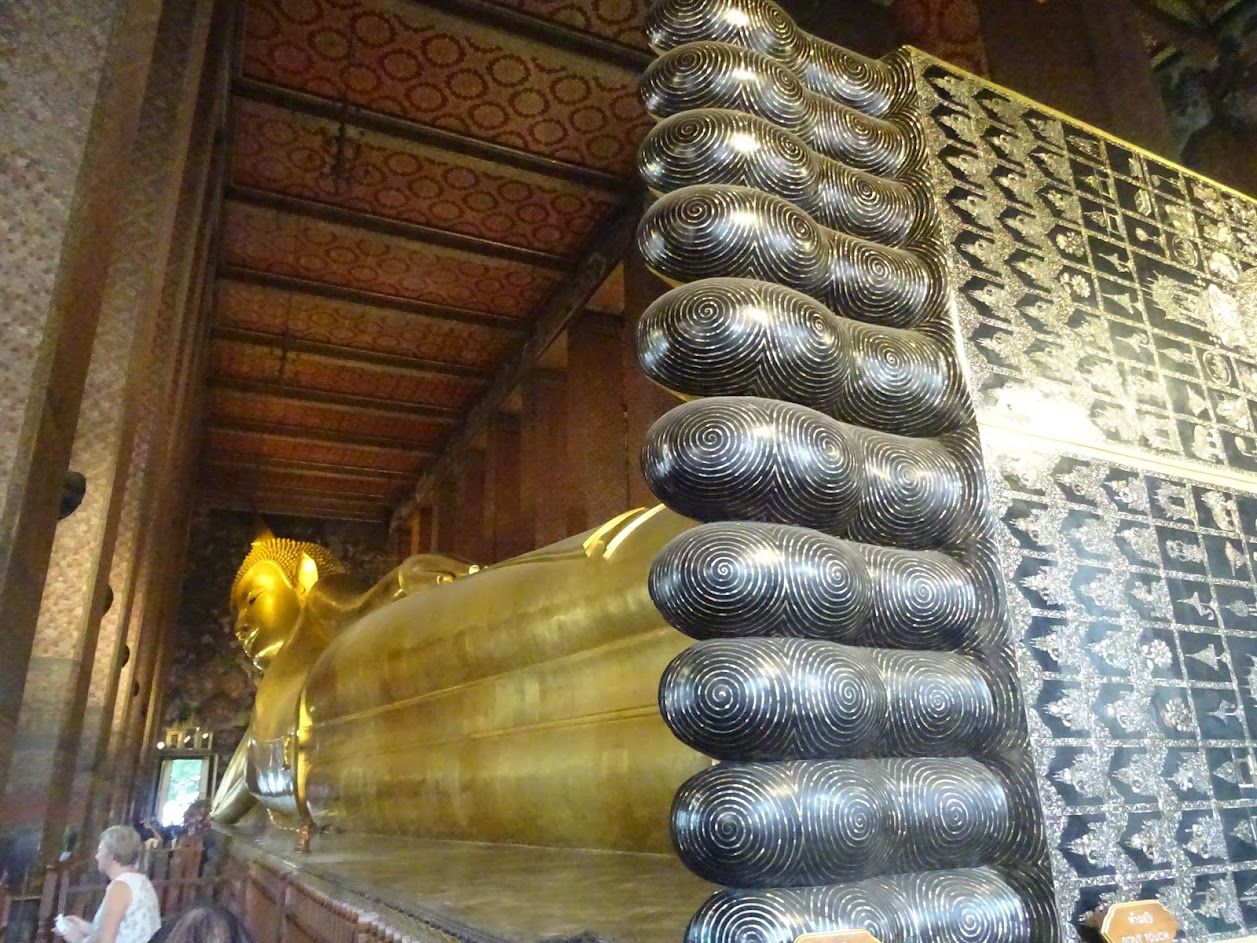 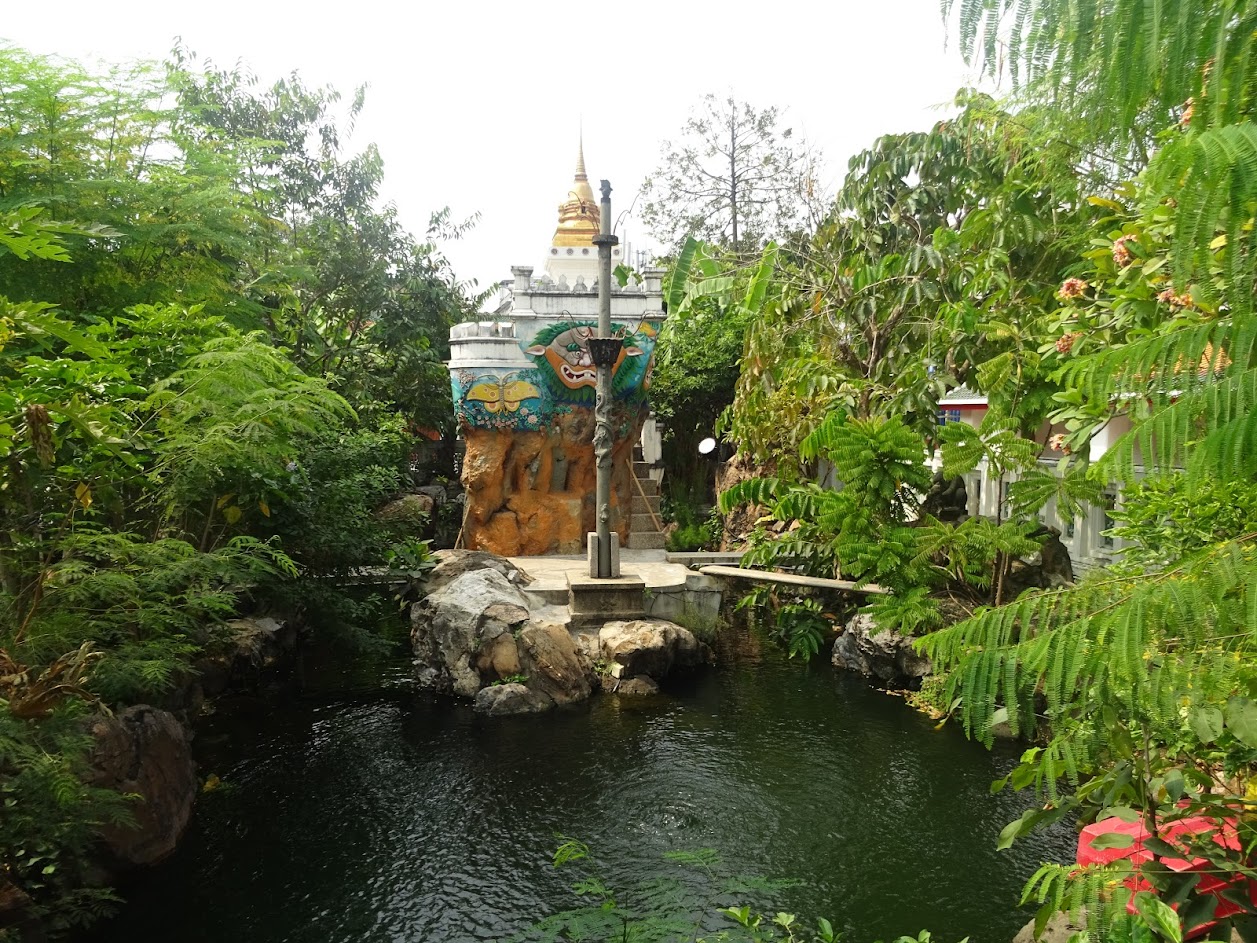 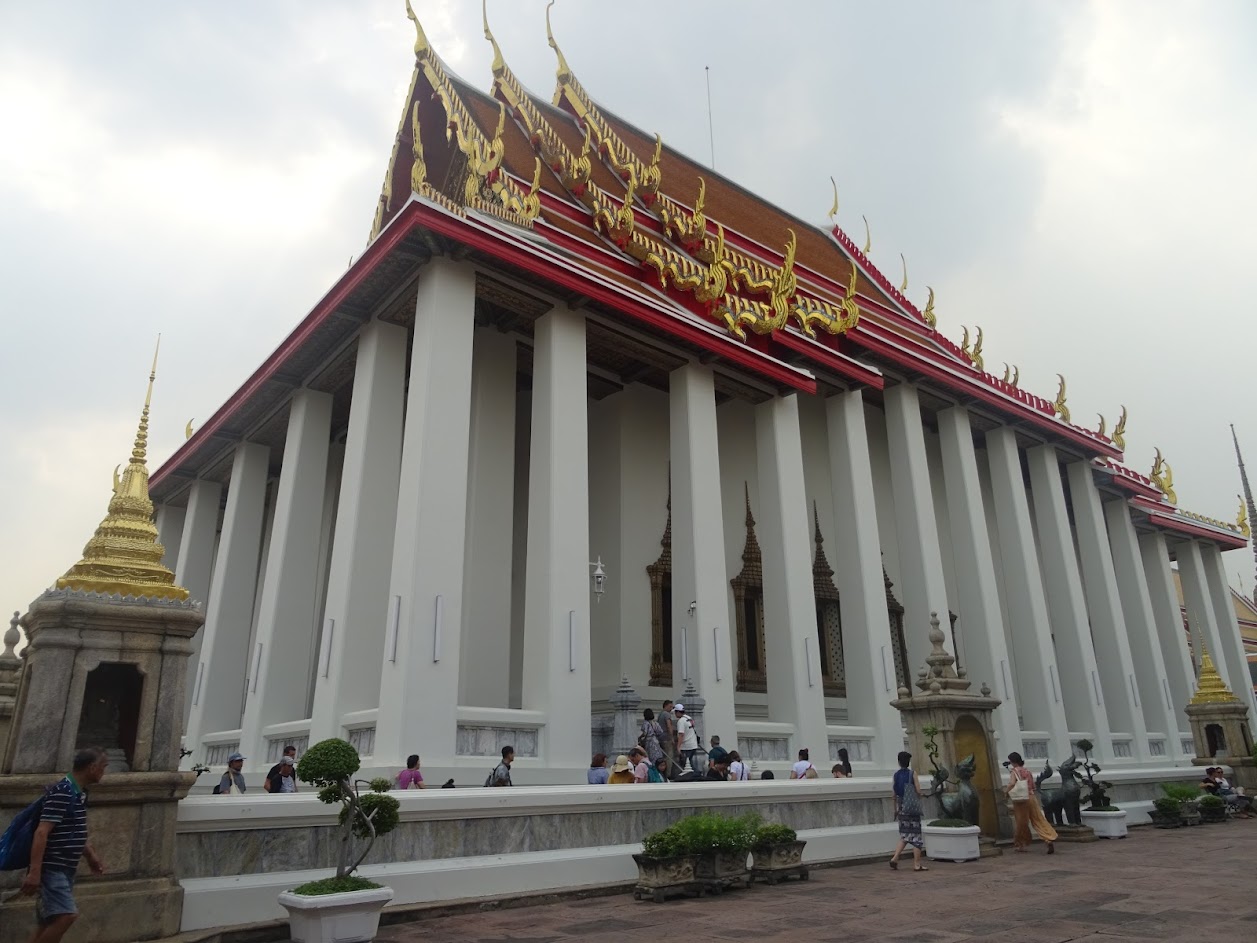 Wat Poh is a beautiful Buddhist temple and much less crowded by tourists than the main one (Wat Phra Kaew). It has the biggest reclining Buddha (46m long) and the largest collection of Buddha statues in Thailand. 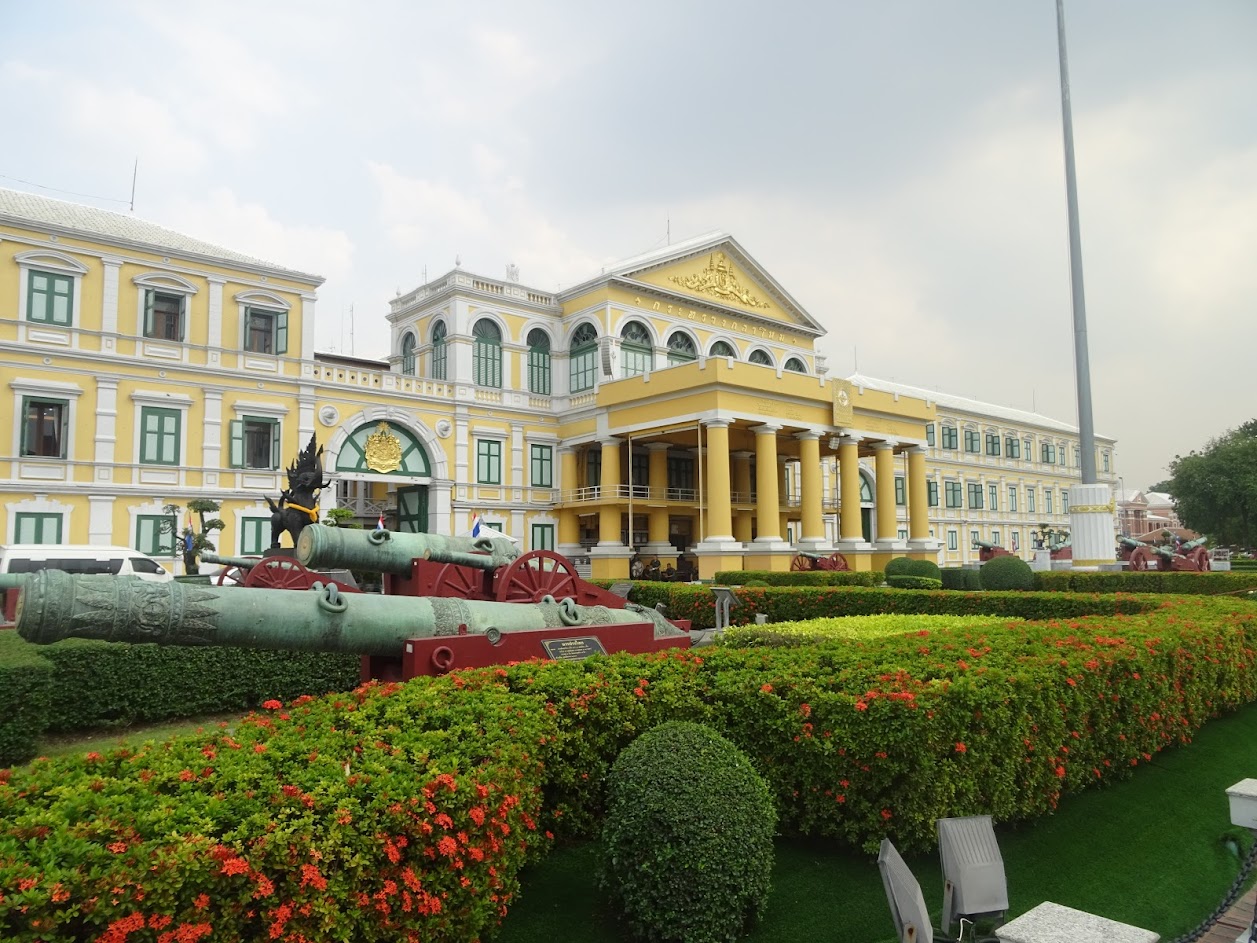 Defense ministry (we only passed by). 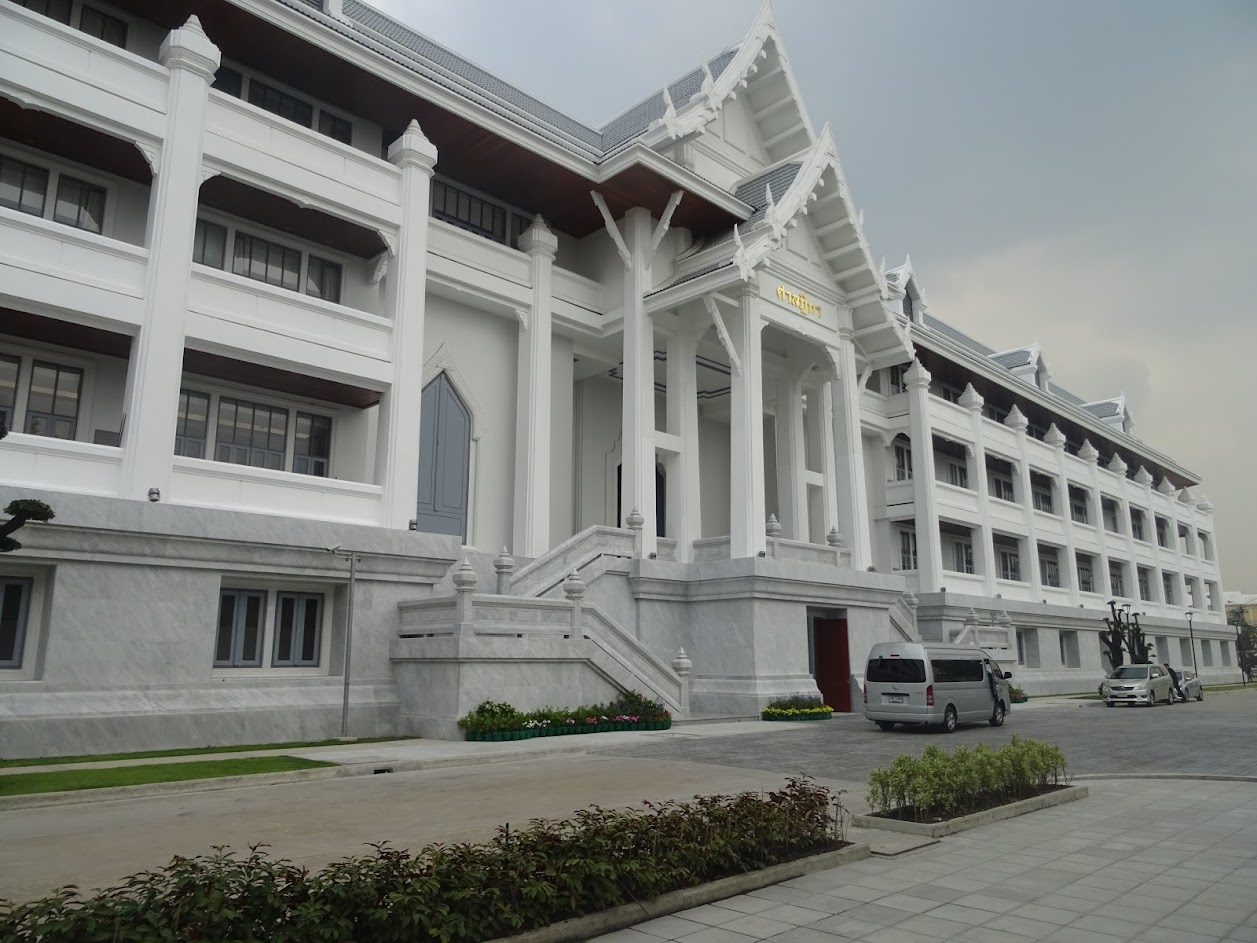 The Supreme Court is being renovated. 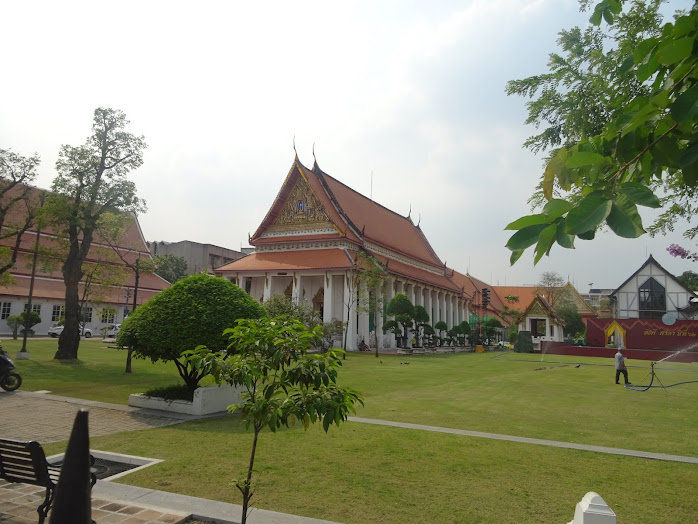 National Museum (we only passed by) 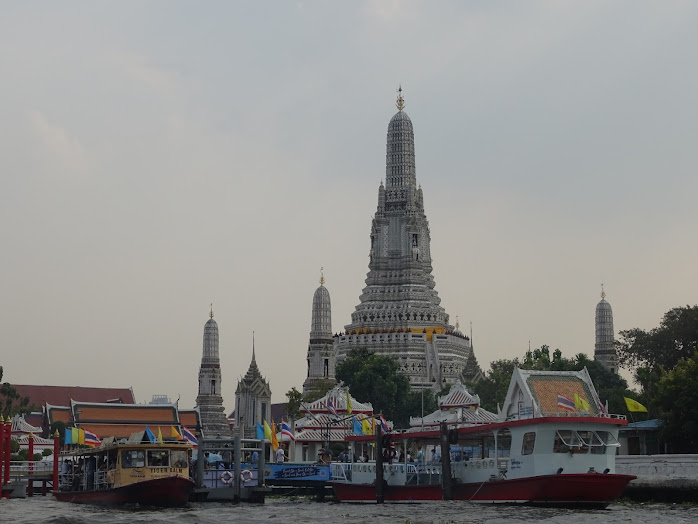 Wat Arun, one of the most iconic structures of Bangkok. It is worth to take a boat ride on the river even if only to see this temple from the water. 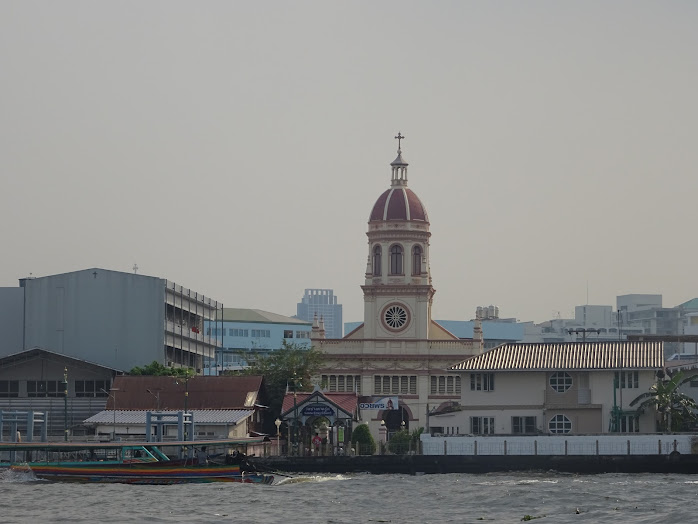 Portuguese church of Santa Cruz, built in 1769, in the Kudi Chin neighborhood (the “portuguese corner” of Bangkok). 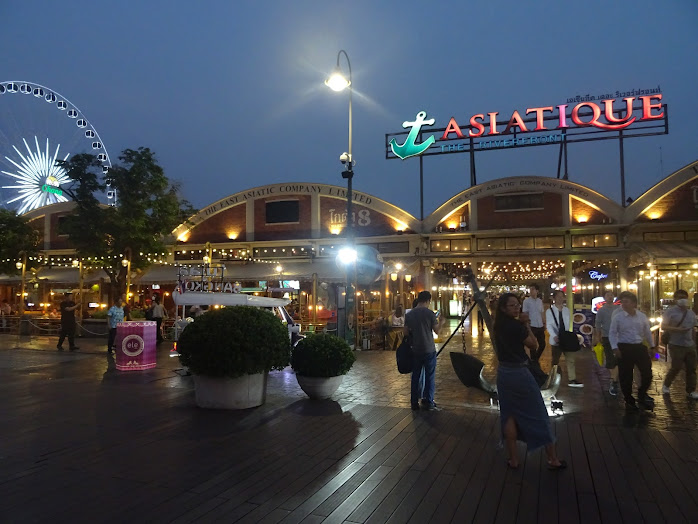 Asiatique is another shopping mall. This one, mostly open air, is outside the city center, but there is a free shuttle boat. 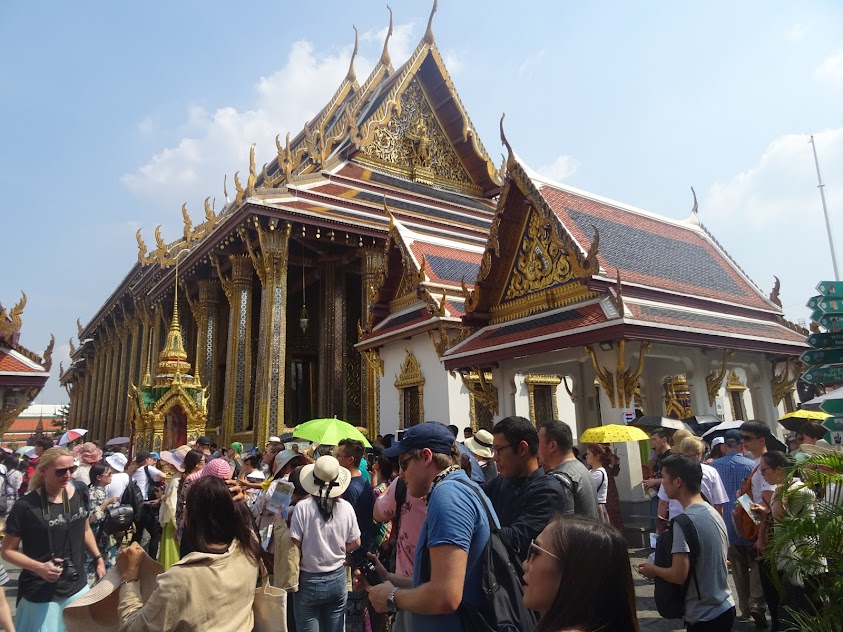 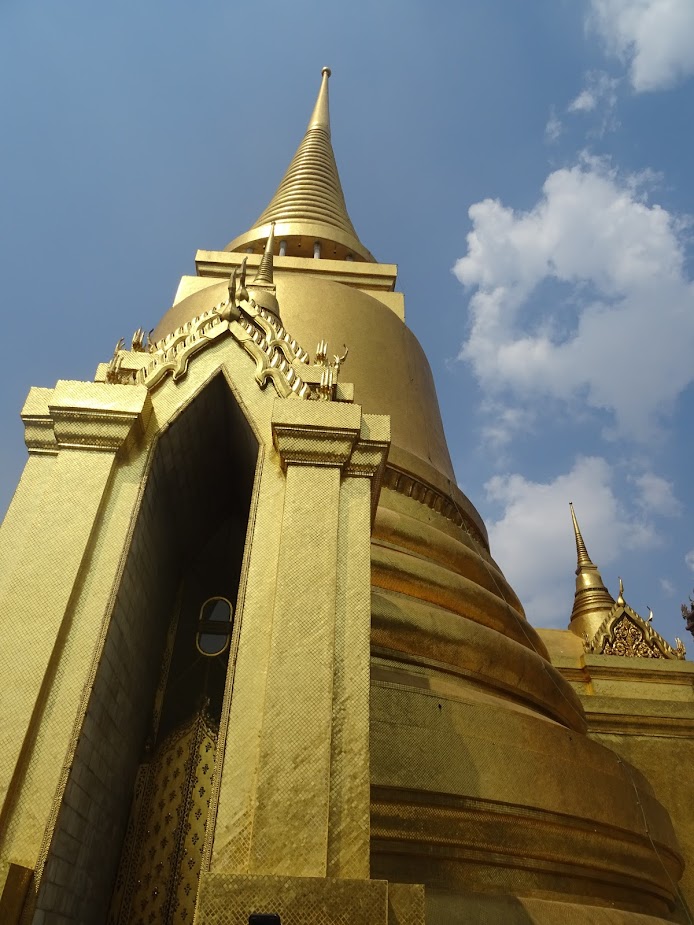 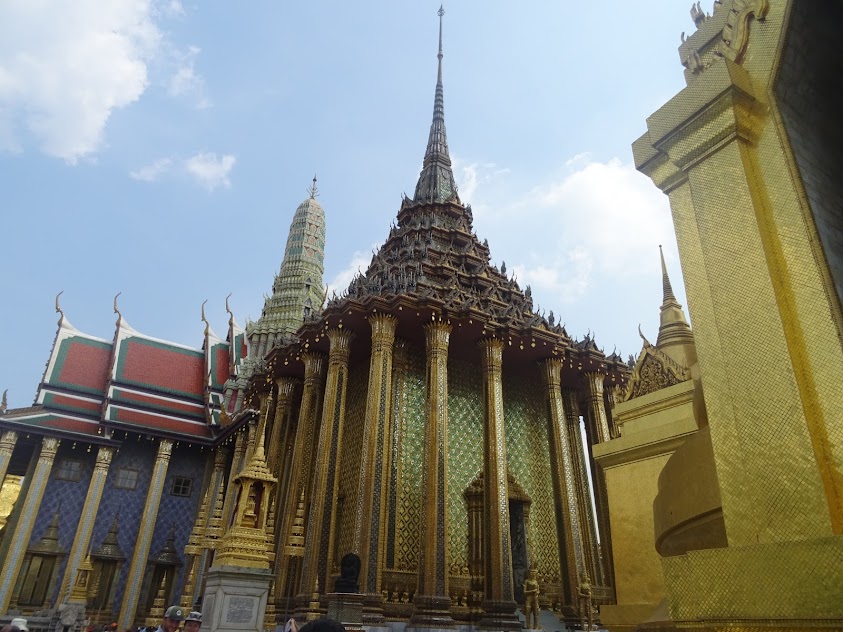 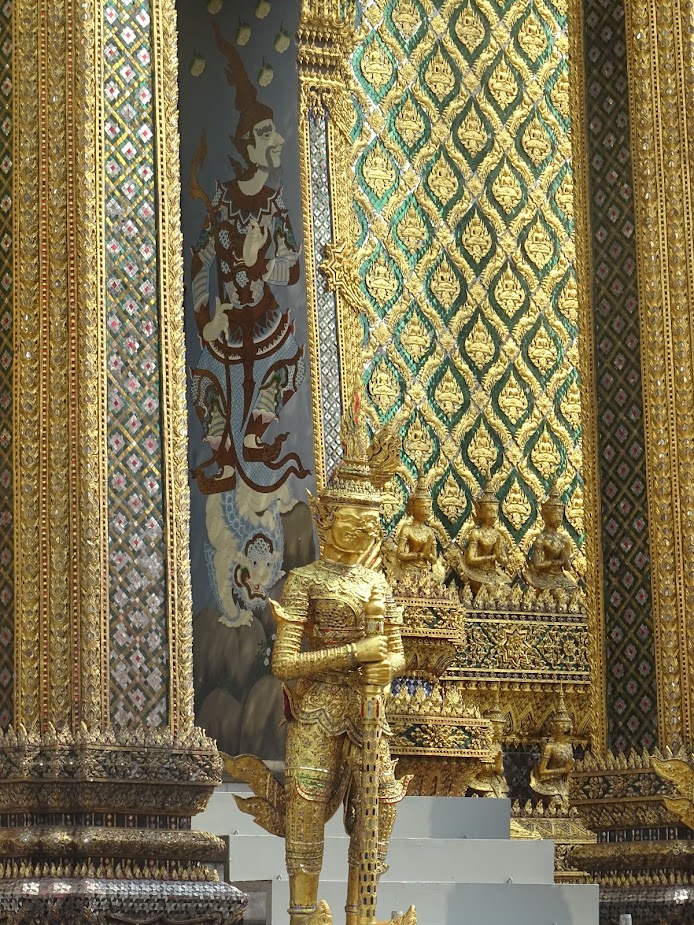 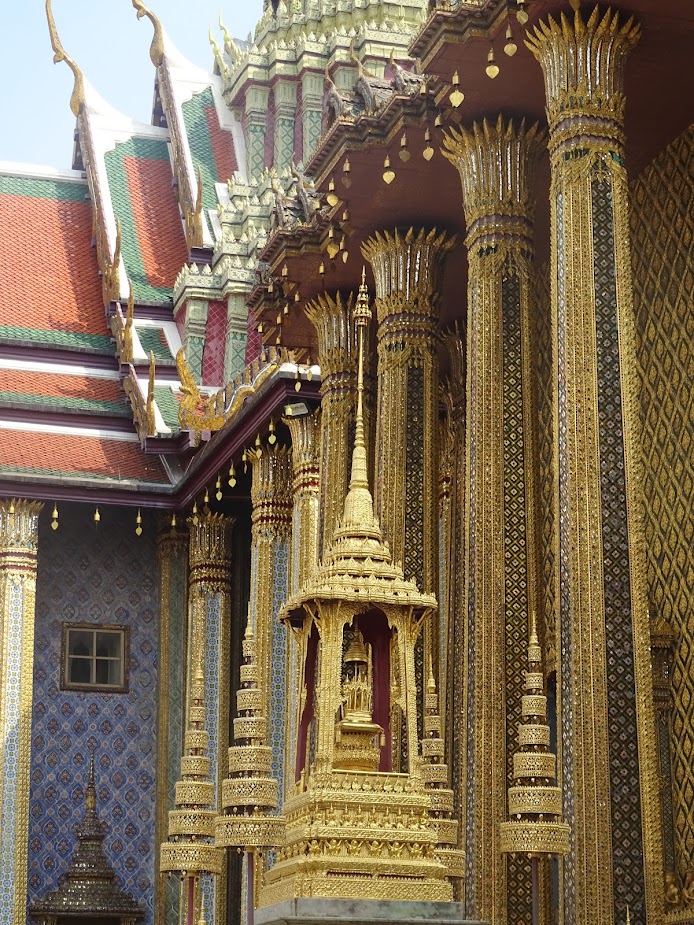 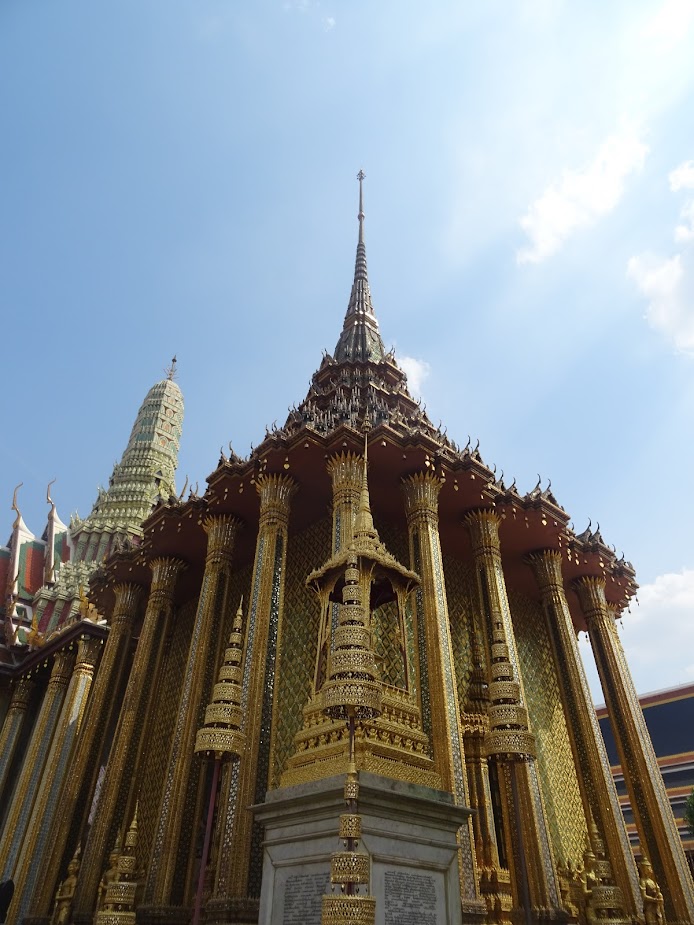 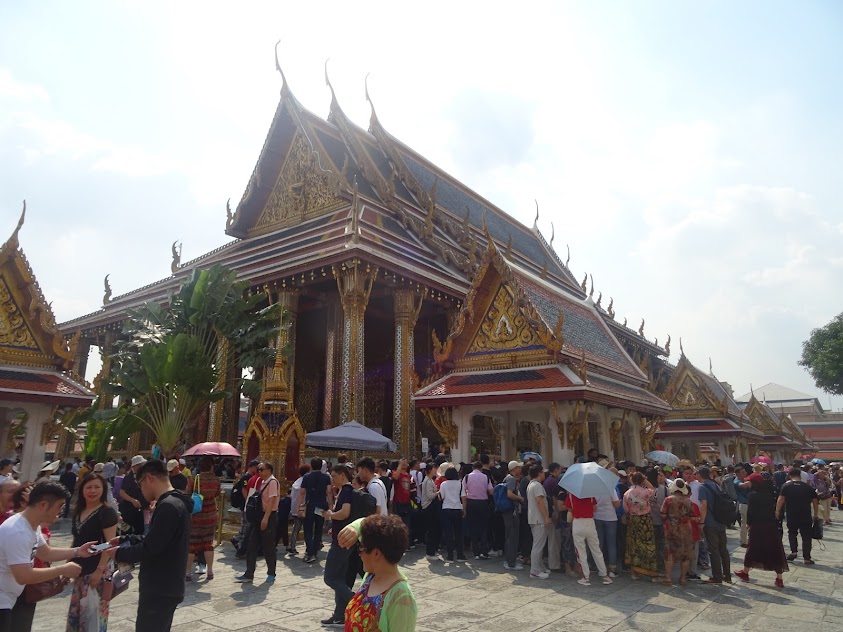 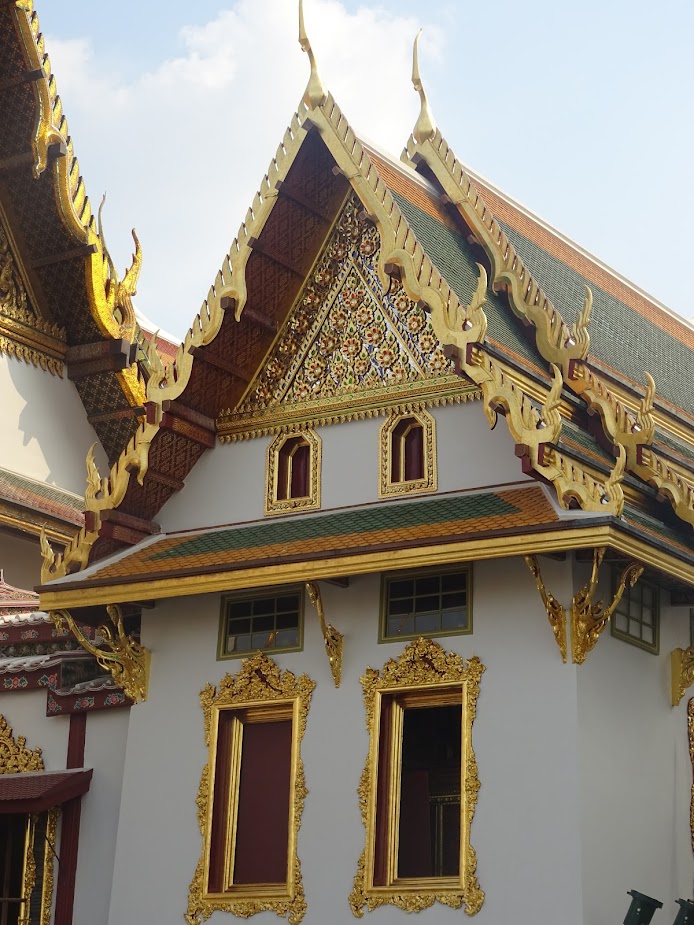 Wat Phra Kaew, also known as the Temple of the Emerald Buddha, is, in fact, a sea of tourists! This mega complex is fascinating, but the difficulty to walk around freely due to the number of tourists, makes this a less enjoying visit than it’s neighbor  Wat Pho. We recommend going at the opening time (8:30 AM), in order to avoid the crowds. 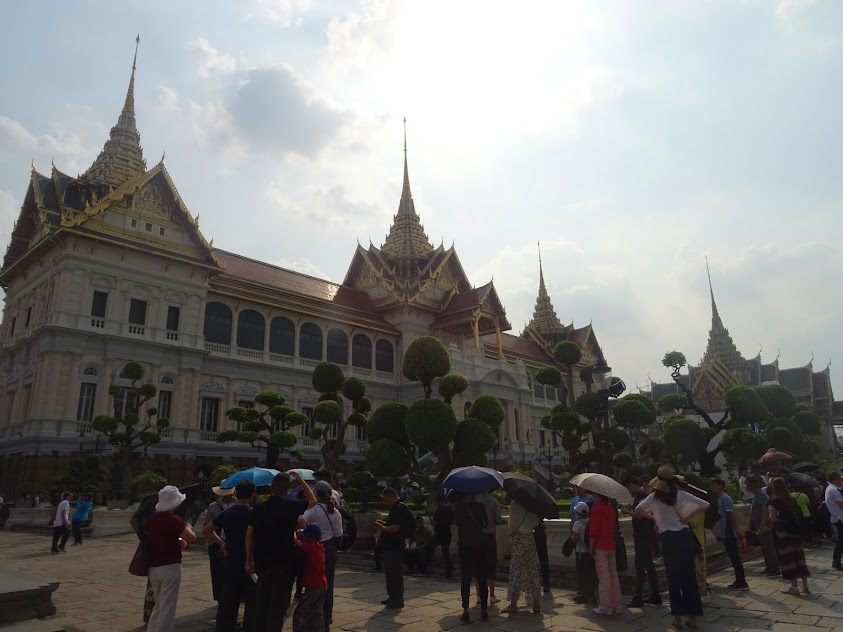 The Grand Palace is also inside the Wat Phra Kaew complex, but can only be admired from outside.