After Zambia, we crossed into Botswana, one of the richest countries in the region. Their currency, the Pula, holds it’s value against the USD quite well. It is quite surprising to learn that most of the animals are free to roam anywhere. There are basically no fences separating properties, and cows are as free range as they can be. The population is very proud of their meat quality, which is an important part of the country’s exports.

In Botswana, the wildlife is very treasured. They are also free to roam, but are only really protected in the national parks. Poachers can be shot on sight after a recent law was approved.

As part of our trip, we ventured into Chobe National Park for an overnight excursion. Like previous game drives, the excitement was high as each park is so different!

At around 15:00 the 4×4 trucks arrived and our 20 people group was split into two. Poloko, our guide, introduced himself and asked us what animals we expected to see.
Most of us answered “Elephants”, the strongest point of Chobe. We heard conflicting figures about how many elephants are in Chobe, but they ranged from 40.000 to 210.000.
“Rhinos” were also mentioned, but our guide explained there are none in Chobe, as they were all moved to the President’s own national park, where they are permanently guarded by heavily armed security.

With the expectations of seeing many Elephants and other animals, with some luck also lions and leopards, we set out to the park. While the park has no fences, there is still a gate. After the formalities were done we were soon next to the Chobe River, separating Botswana from Namibia. 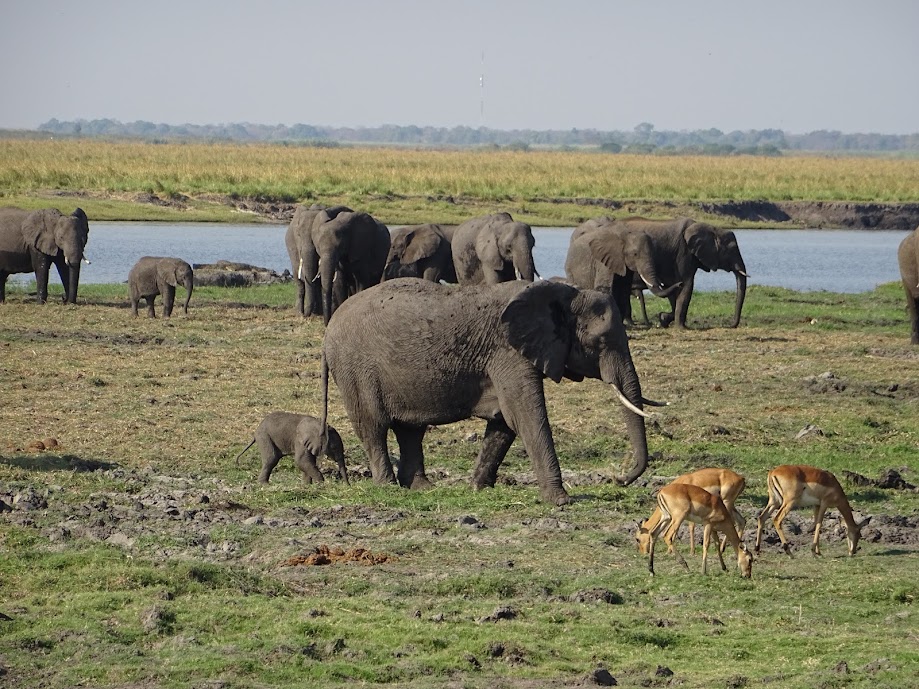 As it’s dry season, the river is the main source of water and therefore the animals come in large groups to the river banks. The peaceful sight of so many elephants next to the river is one of my favorite memories from the trip.

Poloko is in the park almost every day, so he knows the animals by name. Almost, at least, since I guess they have no names! He knew one of the baby elephants was 3 days old, since he witnessed the birth a few days prior. He mentioned the elephants made a circle and trumpeting noises for the occasion.

It is obviously impossible for the guides to know where the animals are, so they always try to keep the expectations low. Chobe National Park covers an area of 11.000 km2 but still our guide had a surprise for us.

We spent a lot of time admiring the elephants at the river banks, and listening to Poloko talk about the park and the animals. Since we had a lot of ground to cover until the campsite, Poloko kindly asked us to go faster, and we obviously agreed. 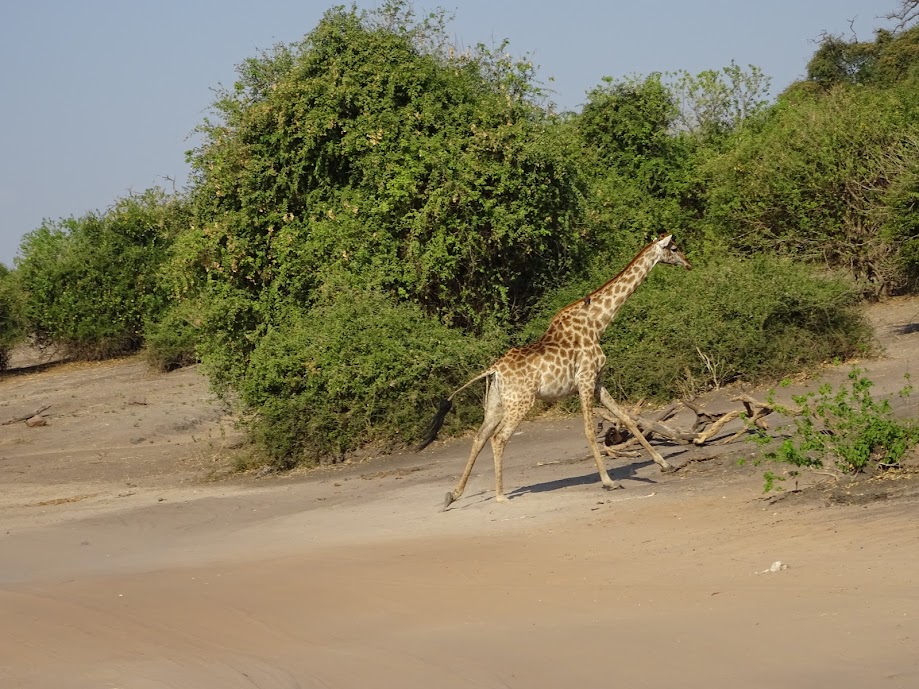 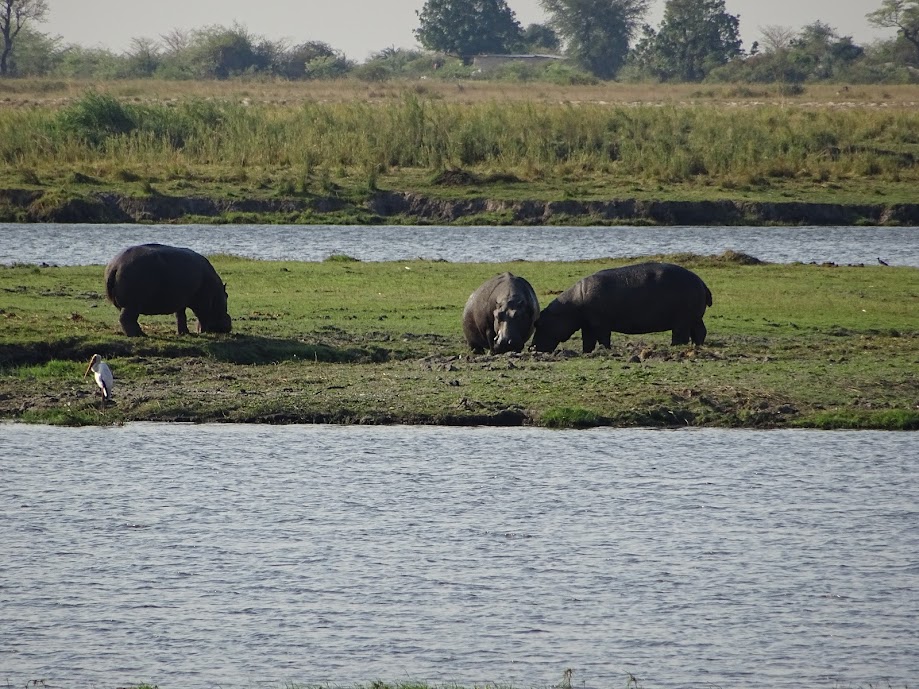 He rushed through the dirt roads of the park, hoping to give us a treat, which he sure did! Right next to the road we ran into 3 leopards! Seeing three together is a very rare occurrence, since they are such solitary animals. They were only together since it was a mother and two cubs, almost fully grown. Our guide estimated their age at 7 months, so they had around 5 more months before leaving their mother. He expected us to be able to see the leopards since two days prior they had killed an Impala and moved it up a tree. It takes them a few days to feed, so they don’t wander far. Leopards often move their kills high into trees to avoid losing them to lions or hyenas.

Watching the leopards walk around and even up the tree to feed on their recent kill left us again feeling truly spoilt. 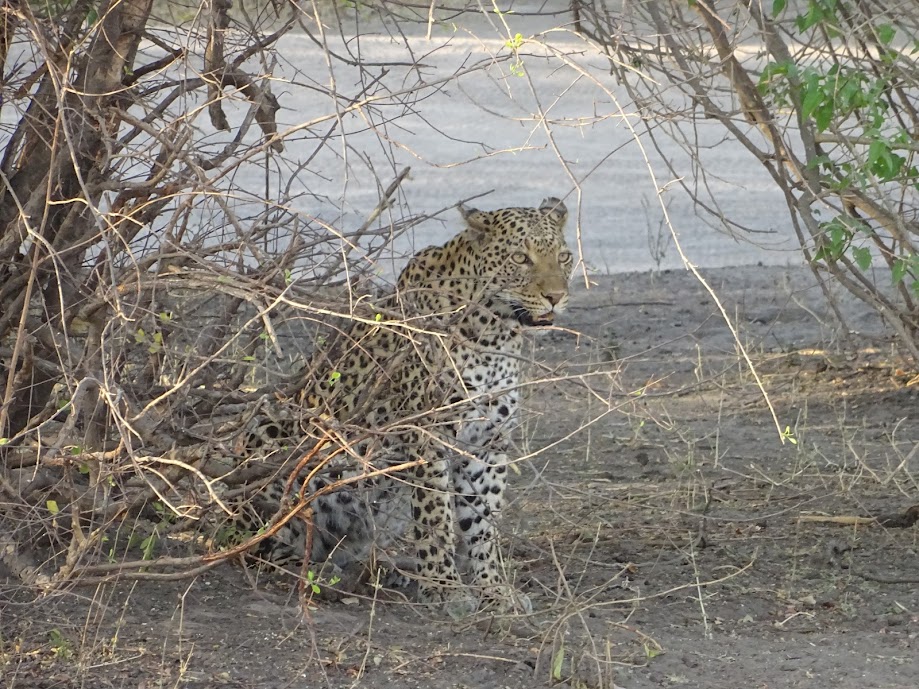 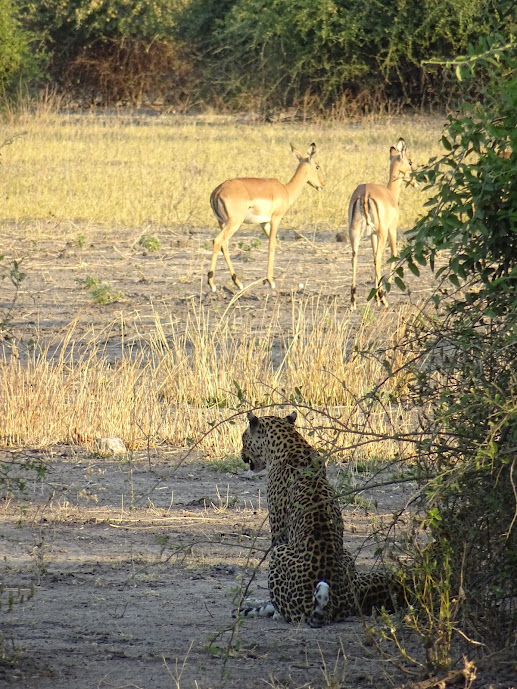 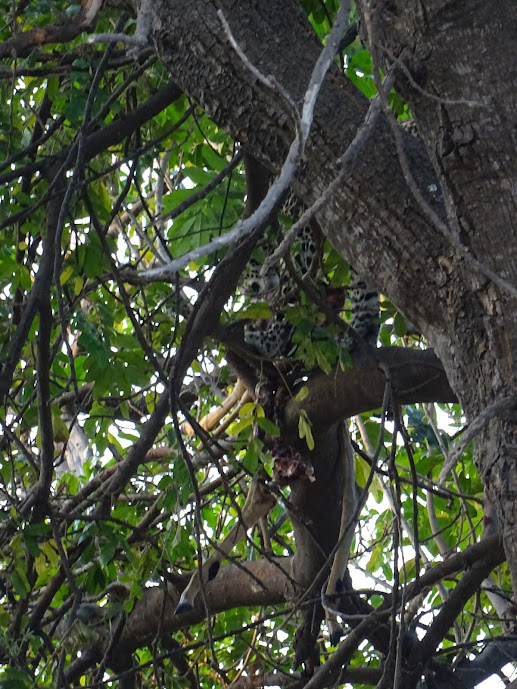 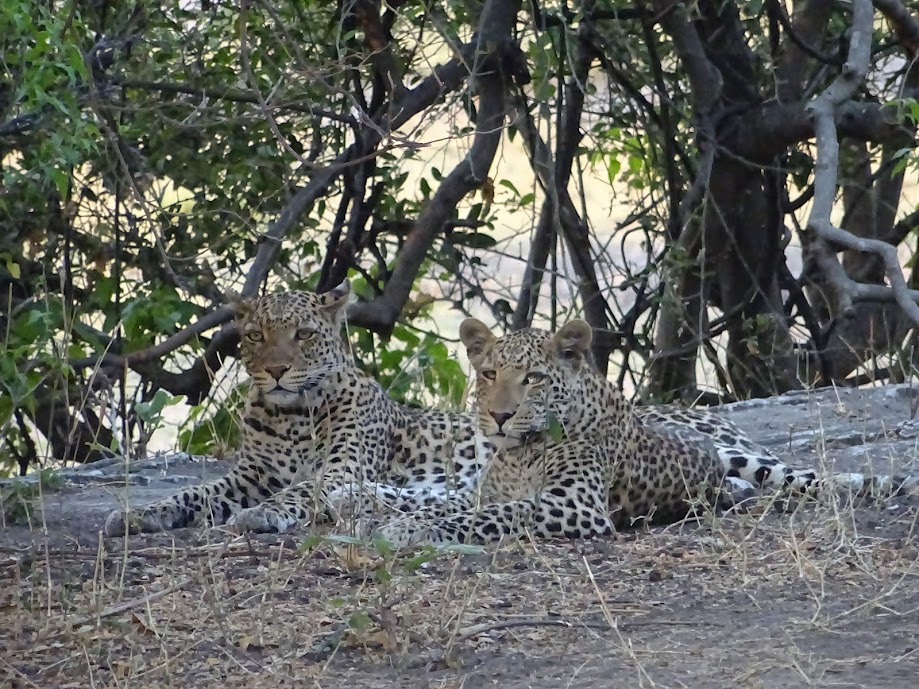 Eventually we had to leave, and continued our drive. We came to a designated picnic site that was taken over by a group of baboons. It’s no surprise they hang around there, since some visitors to the park feed them (which is not allowed), and they will also steal food if given a chance (like Margarida experienced in Zambia!). They are very funny to watch! 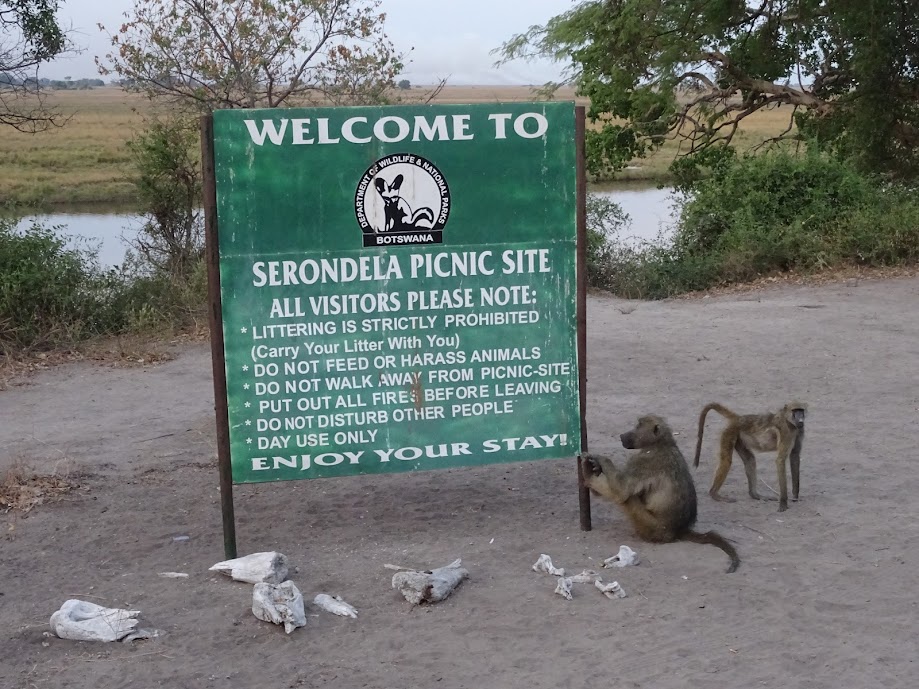 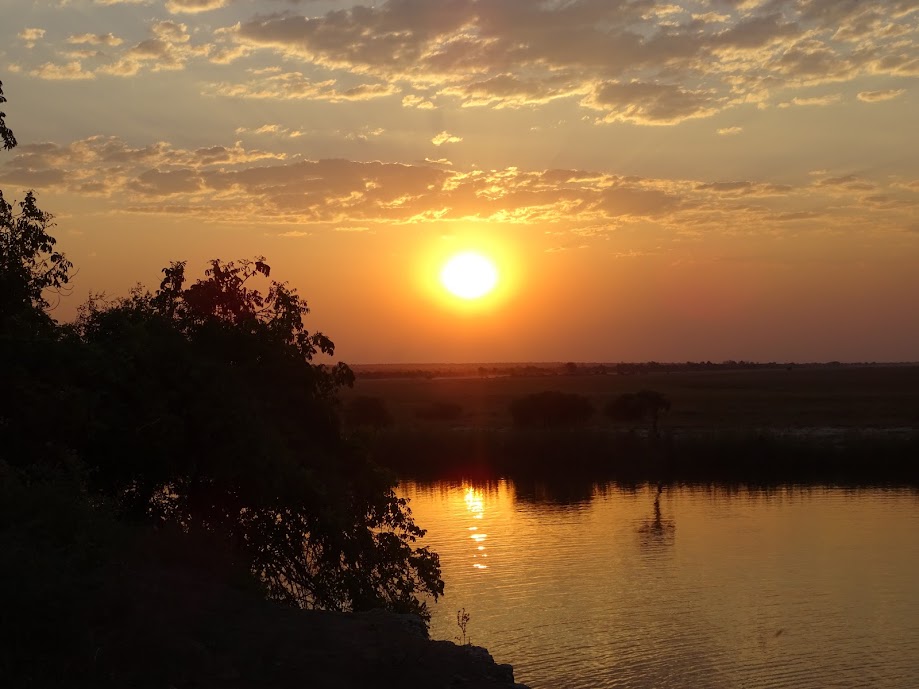 With the sun going down, time was of the essence so we kept moving. But nature doesn’t care about our plans, so we ran into a pride of lions resting between some bushes. This time though, it was not “just another” lion sighting. Shortly after we stopped, a herd of elephants came near us and the lions. we were on the dirt road between the two groups, and it was a true privilege to watch the elephants. As they approached, they started circling their young, and lifting their trunks to smell the lions. The lions didn’t seem to care much, but you could clearly feel the tension in the group of elephants. At one point, two young males wanted a closer look of the lions so they approached them, but suddenly they felt they were too close, turned around and ran back to the herd! 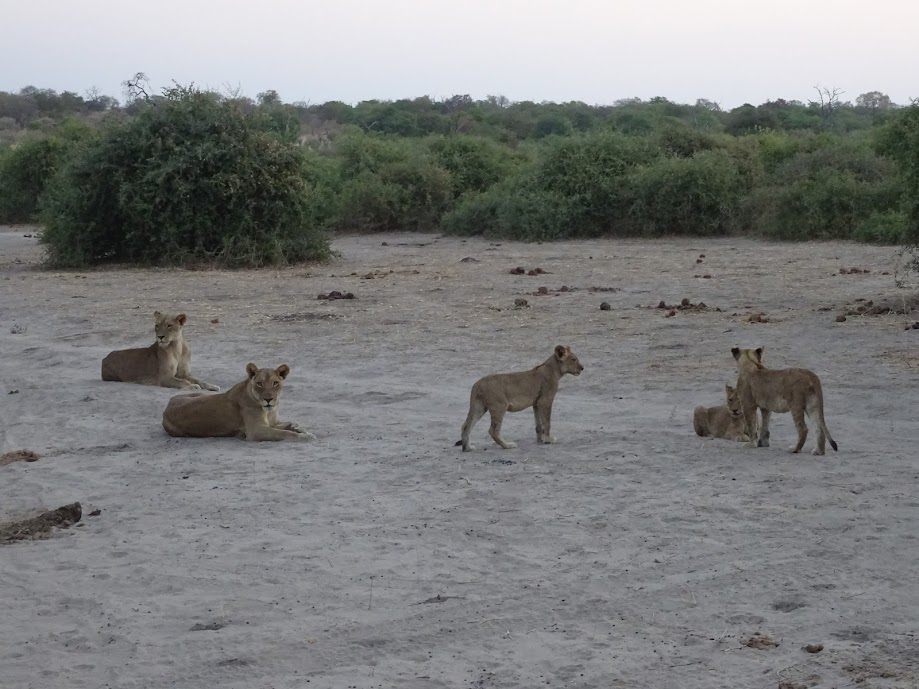 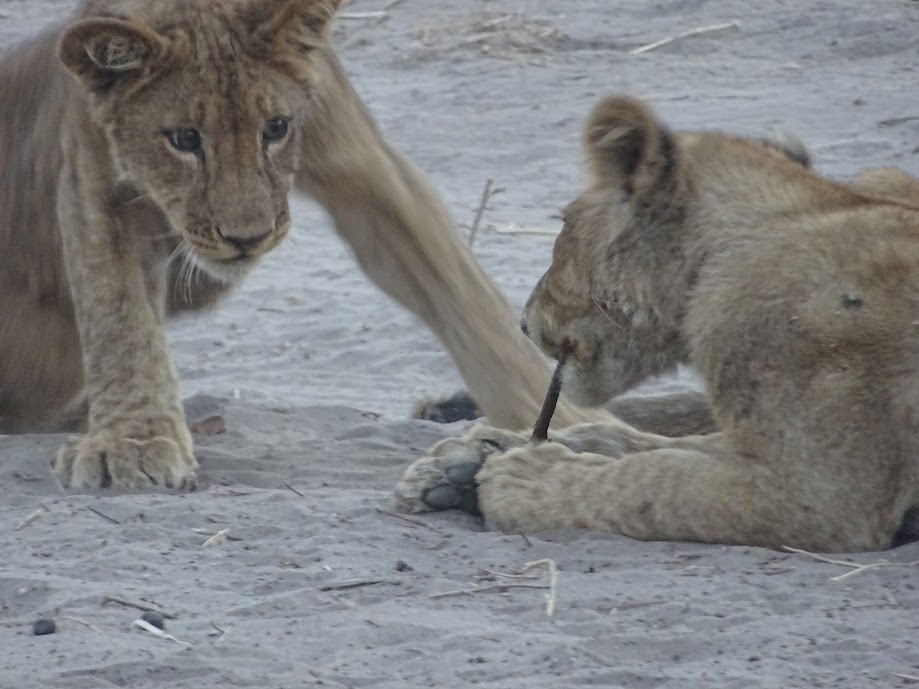 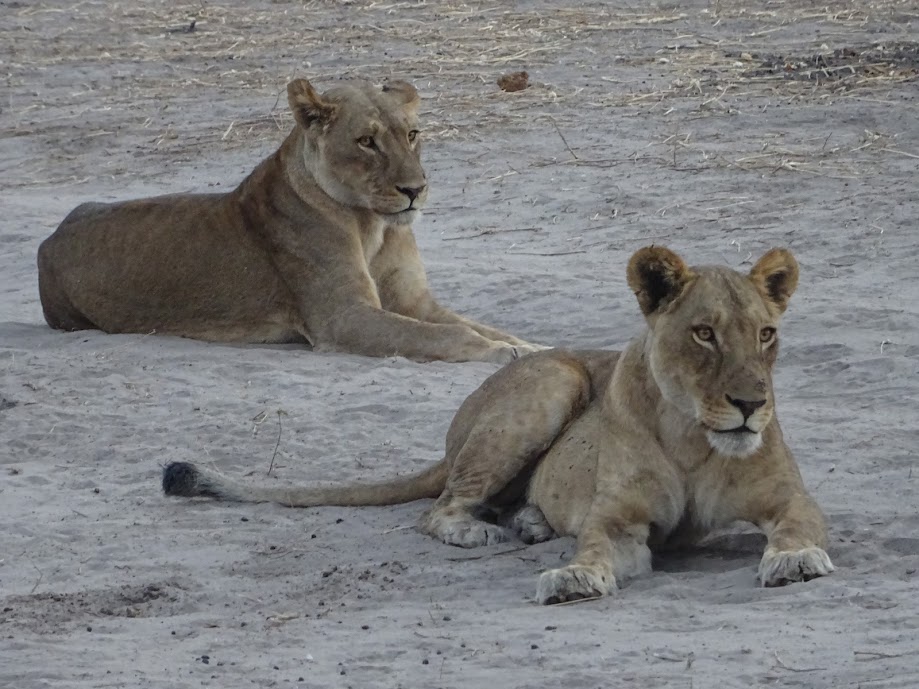 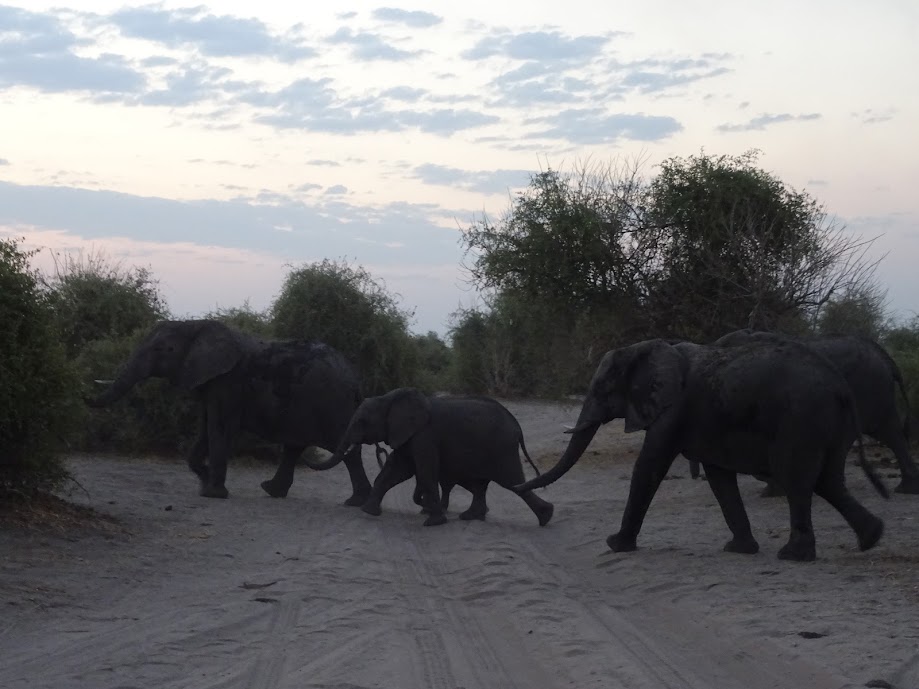 By now the sun was down but there was still light, and our guide didn’t want to rush us. Nevertheless we all understood and finally made our way to our camp.

It was not our first time camping in the middle of wild animals without a fence (that was in Serengeti). But the previous time it had been in a large camp, with buildings and facilities.

This time, it was a true bush camp.

When we arrived, our tents were set up in a circle around a campfire, and the two safari trucks closed the circle. Outside the circle they had set up two other tents with a toilet inside, and a small light on the ground by each one. That was all. 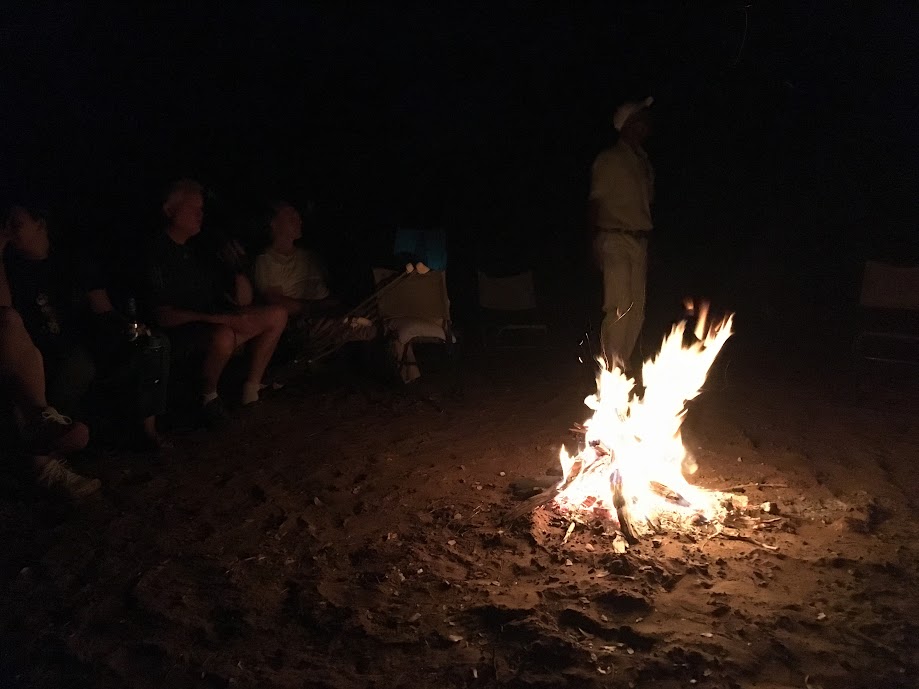 Our dinner was ready since the trip’s cook had come earlier, so we all sat by the campfire. The instructions were very clear: don’t wander around the camp; don’t leave your tent to check the noises outside; use your torch to look around; if you go to the toilet take your tent partner with you.

The milky way was clear in the sky, and it was a magical night sitting by the campfire before sleeping in the wild. I slept very well, and heard a hyena at some point. Some people heard lions in the distance.

On the next morning we made our way back through the same roads. 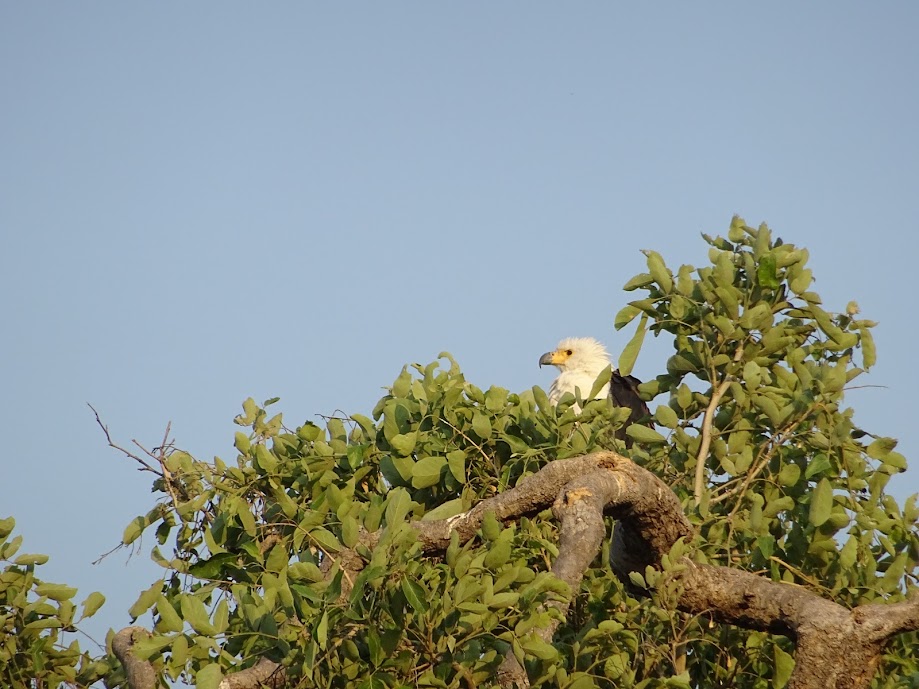 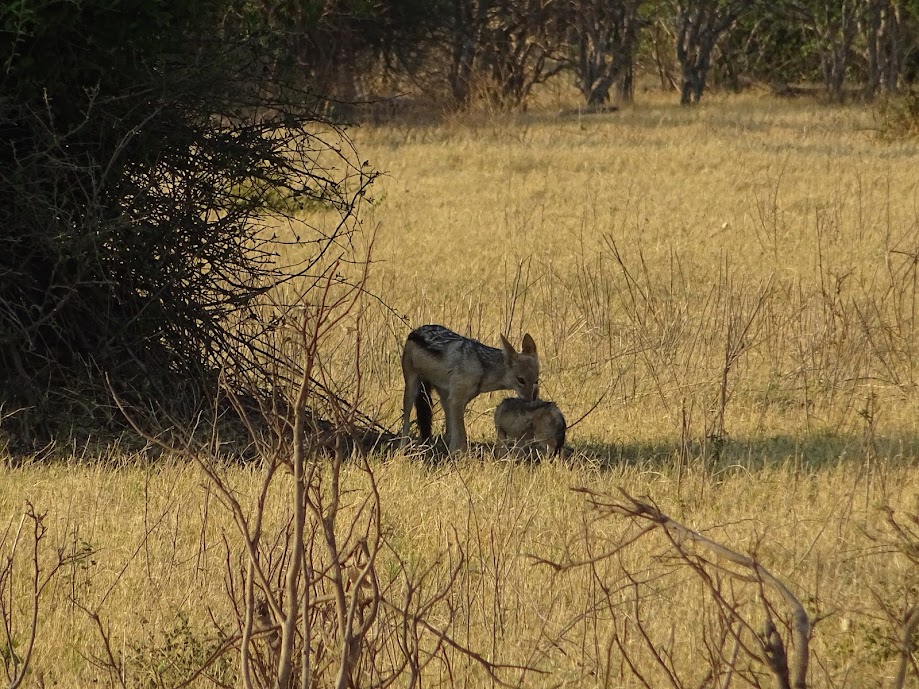 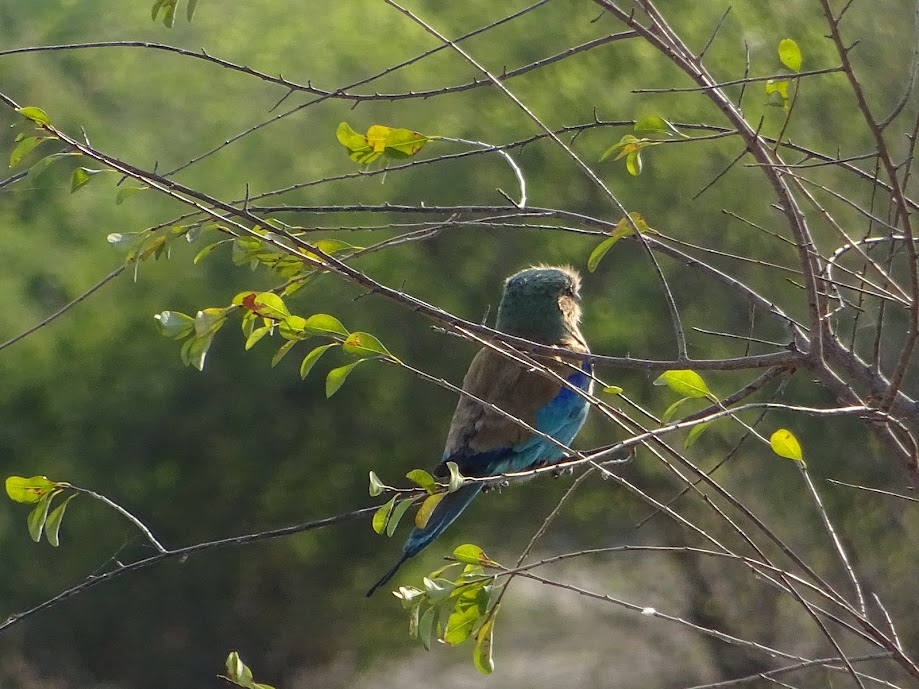 Chobe National Park is truly a magical place, and we’d recommend everyone a visit. It is quite accessible and very close to Victoria Falls, our next destination.

Actually, after staying three nights in Victoria Falls, we came back to Chobe and did it all again, since our overland tour from Nairobi to Cape Town is divided by the operator into smaller tours. Therefore, in Victoria Falls we said goodbye to friends we had made on the trip and welcomed new ones. The first stop for the new segment of the tour was again Chobe National Park!

We were glad to do it all again, but the second time we didn’t see leopards and it was much harder to spot lions. My favorite moment was crossing a buffalo heard that was easily over a thousand strong. 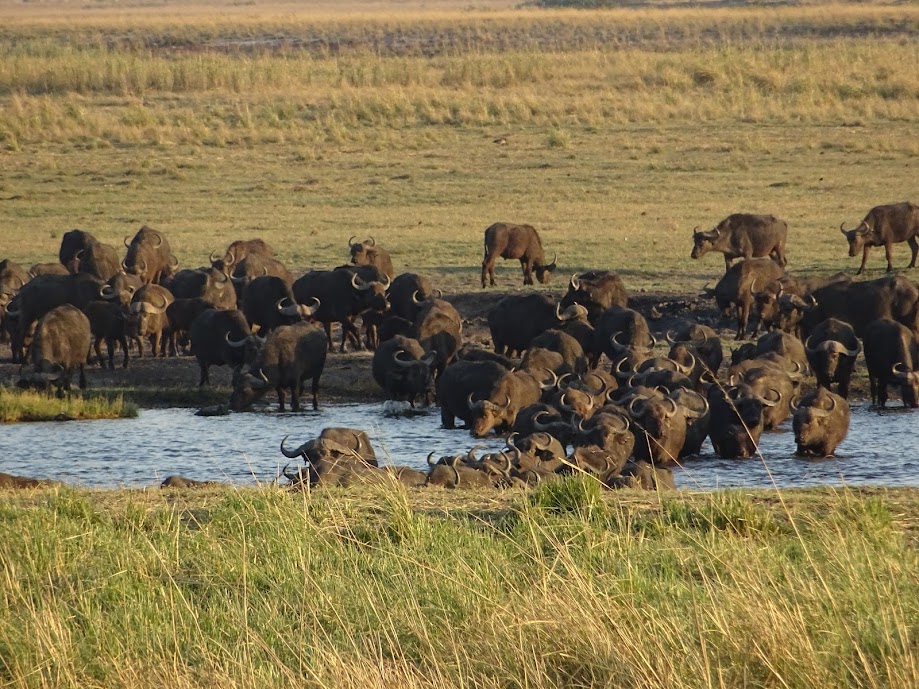 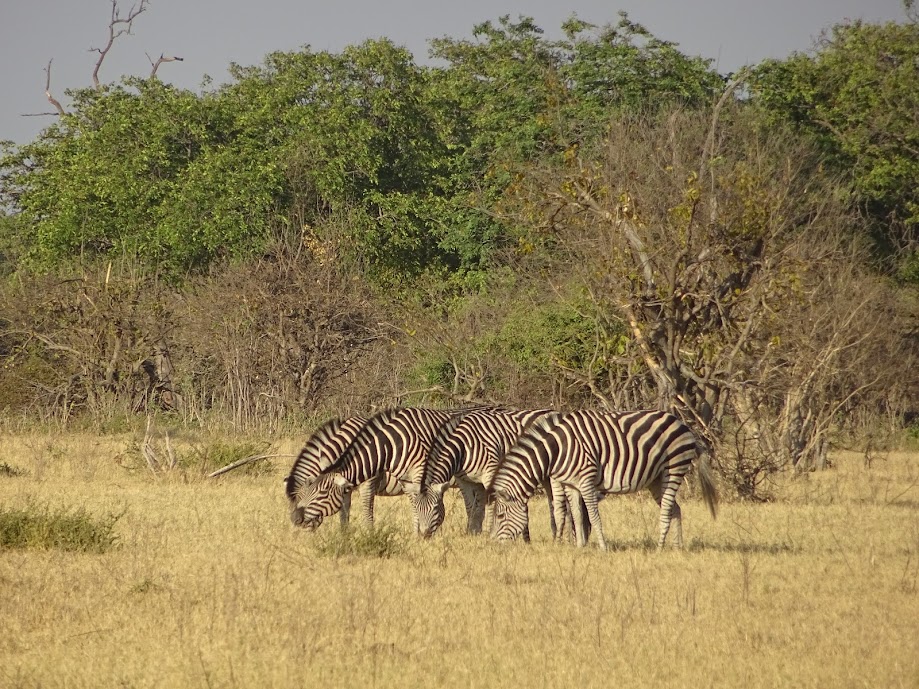 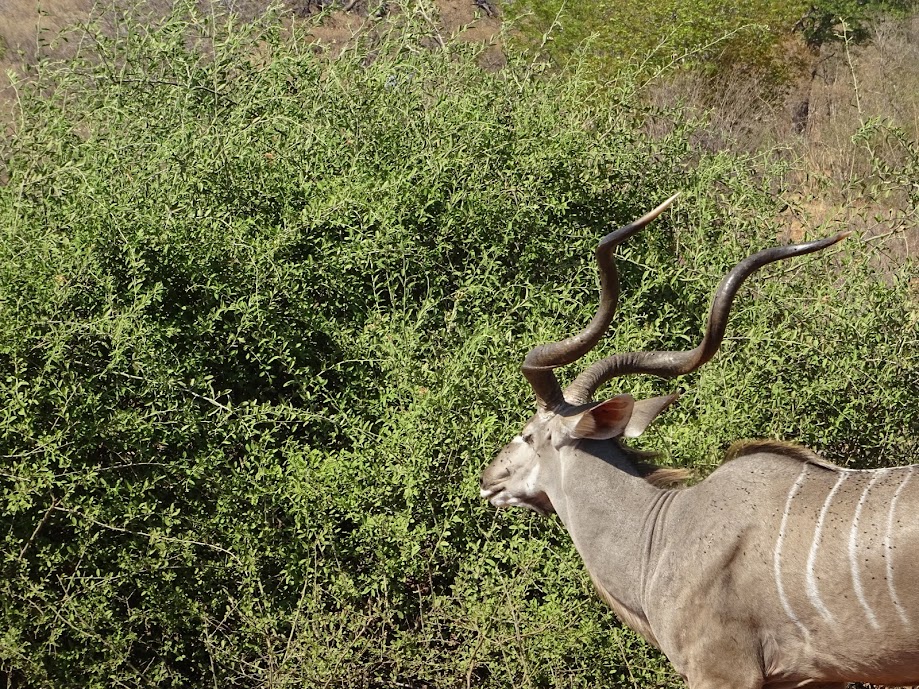 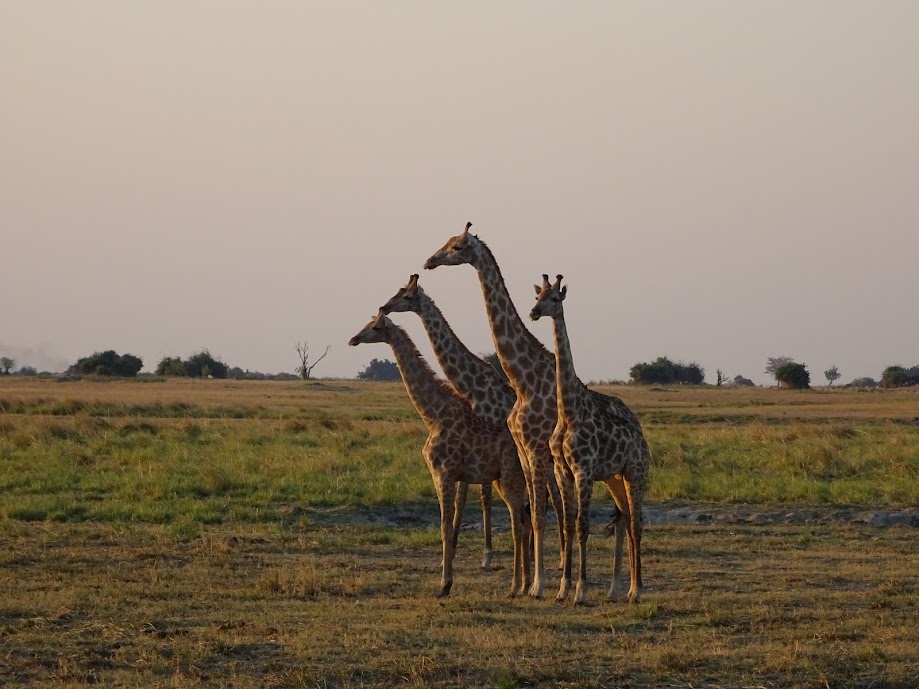 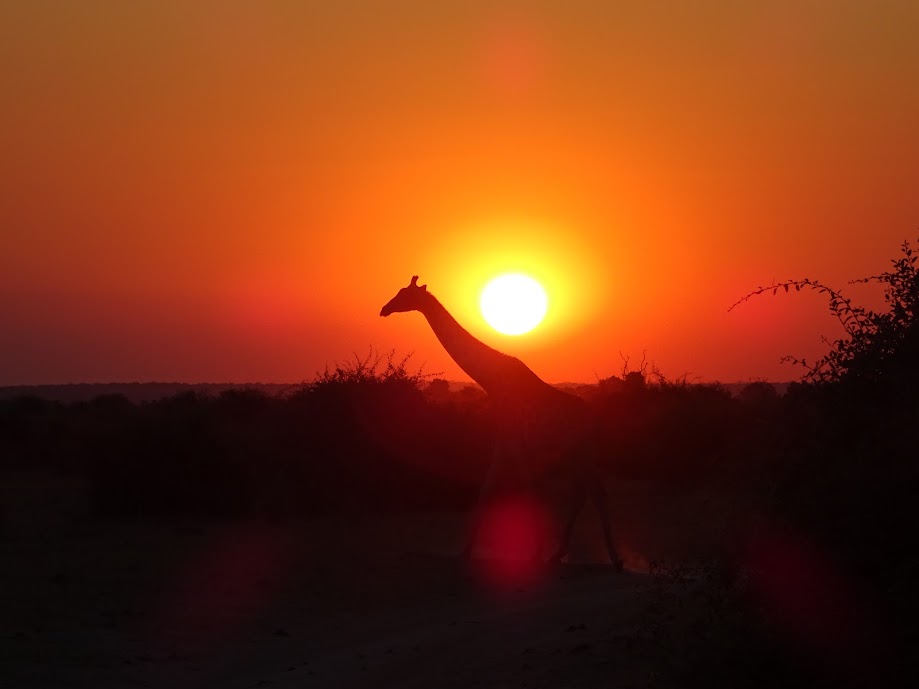 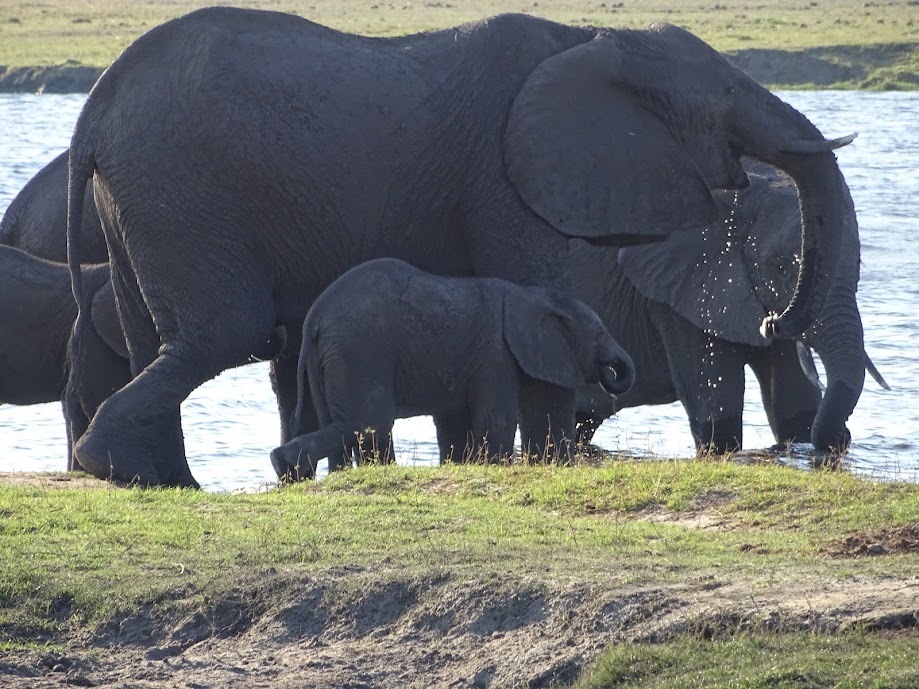 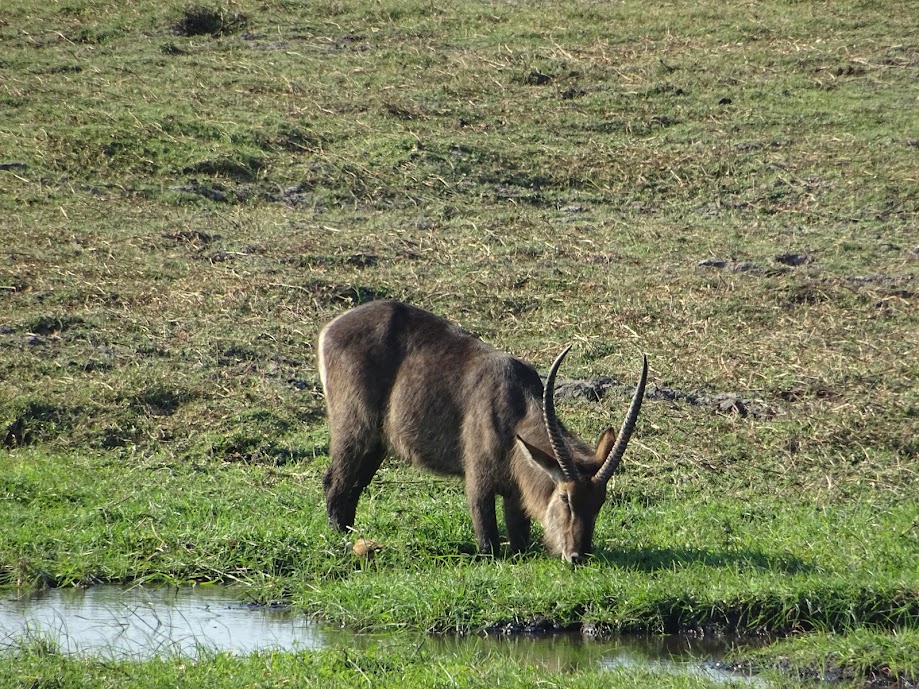 Until next time Chobe!