Two weeks after the start of our overland trip we entered Zambia. Since it’s independence in 1963, Zambia has been through several political crisis. It is the second biggest copper producer in the World and, most importantly, very rich in biodiversity.

Our first stop was at a campsite next to the Luangwa river. Despite arriving late, we could see, with the help of a potent torch, the bright red and white eyes of crocodiles and hippos, that lit up like small stars over the river’s water. We were excited for the next day’s safari, in what is one of the best parks in Africa: South Luangwa.

The expectations didn’t disappoint. First thing in the morning we managed to see many hippos in the river, while we calmly had breakfast. Calmly until a monkey dashed over my plate and stole the two toasts I was about to eat.

As Patrick told us, the guide to our first safari, at the Maasai Mara, each park has it’s own specific beauty. And it is very true!

South Luangwa National Park has a different scenery to the others we visited up to now. This time of year it’s very dry. Cracks open up the earth, the grass is golden, the river is very low as is easily seen by looking at the banks.

This park is shaped by the river Luangwa. In this part of Africa it is rare that such a large river is still so untouched, and undamned; this river is one of the most natural sources of water in the region. 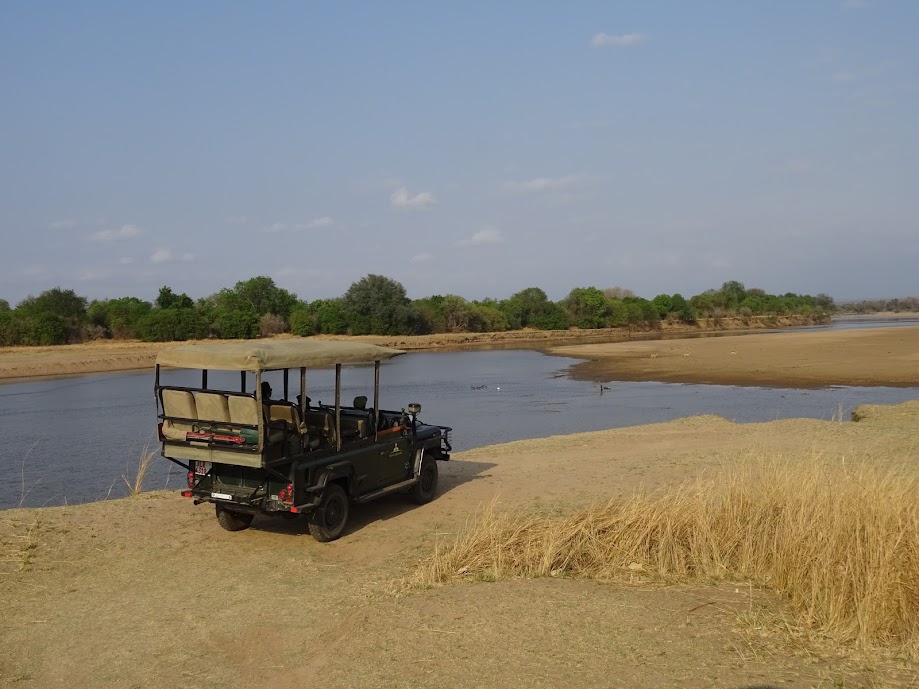 The park has the largest crocodile and hippopotamus concentration in the whole World! With an area of 9.050 Km2, we could only explore a small part of this unique park, on our morning game drive. 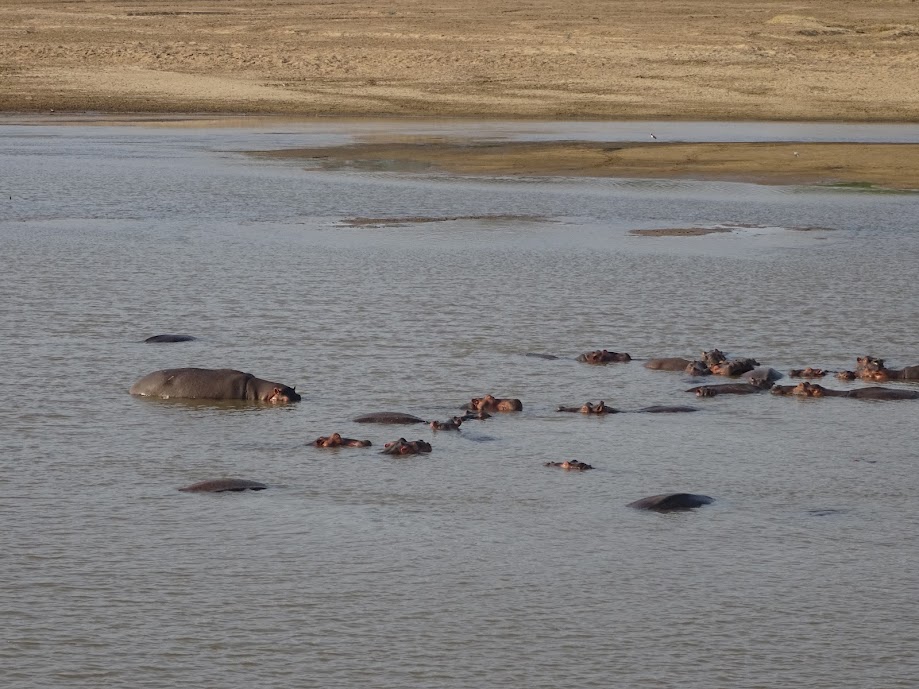 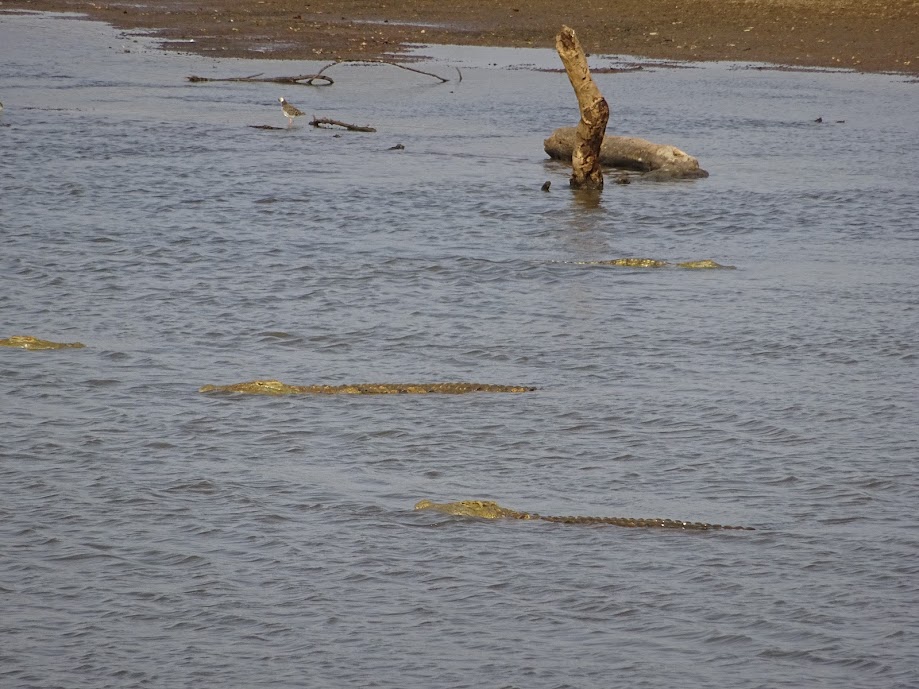 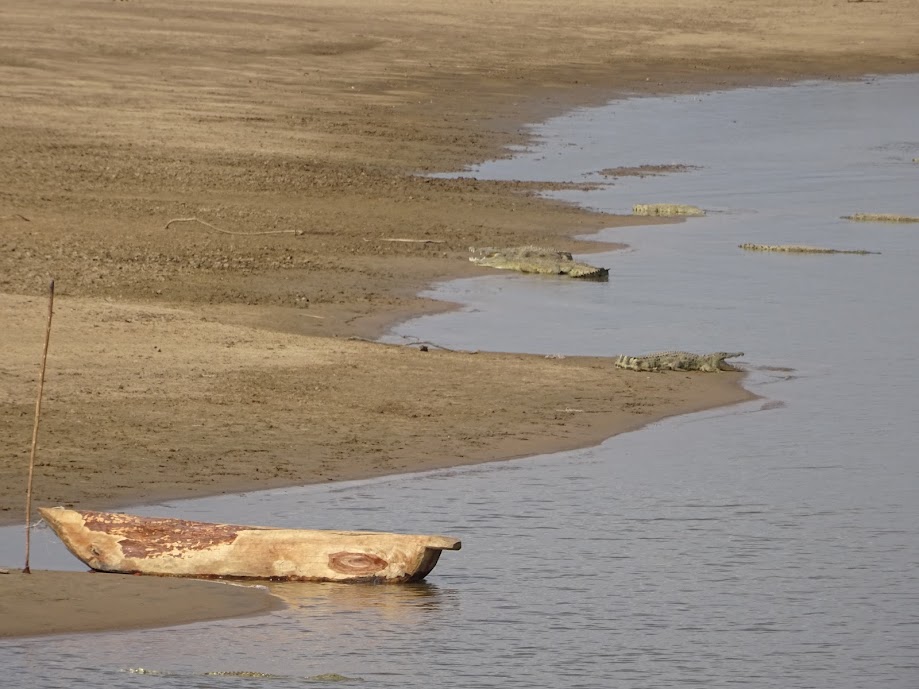 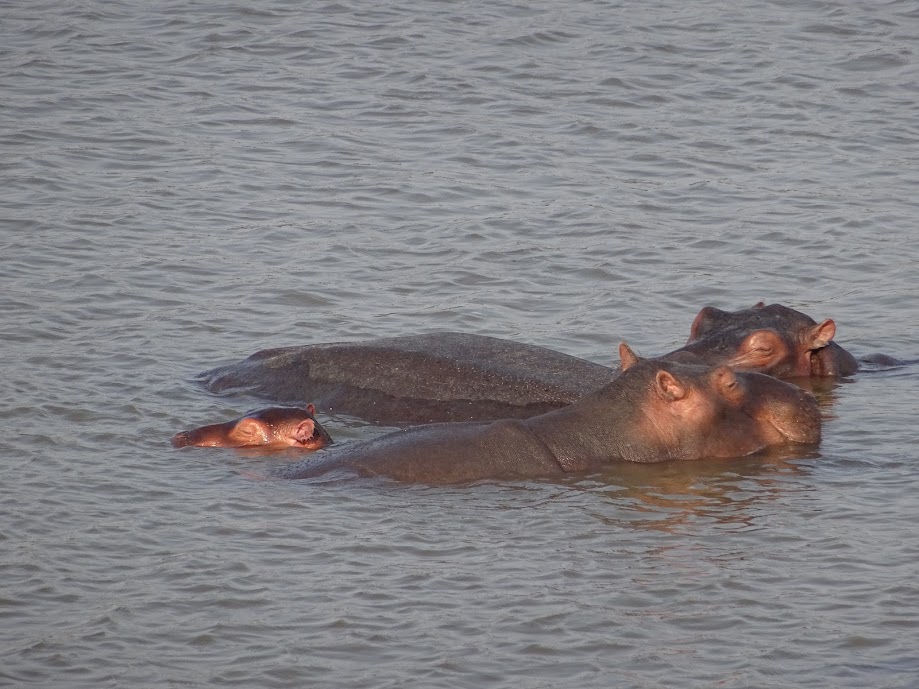 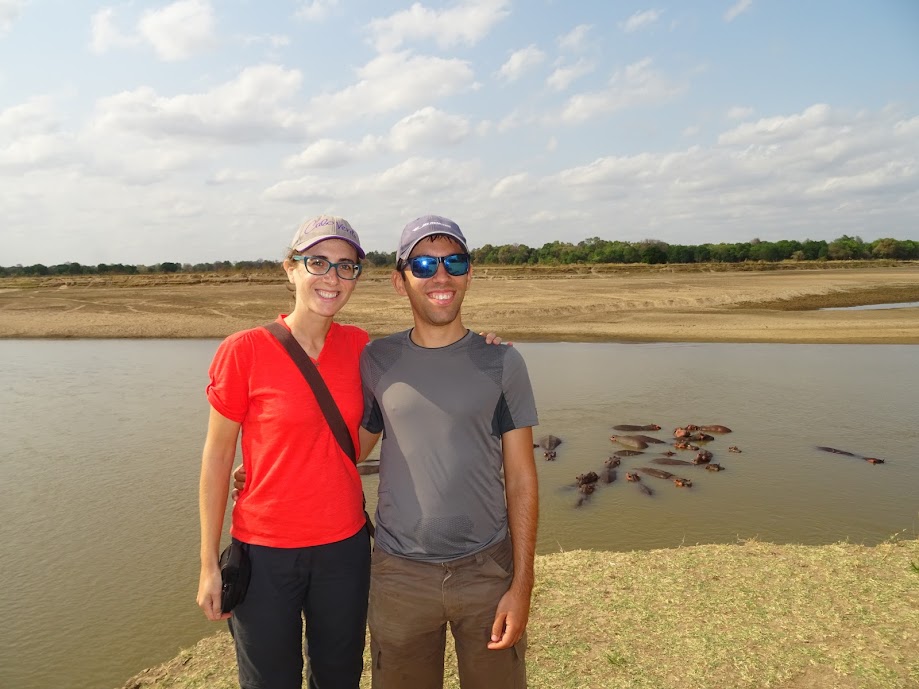 Thornicroft giraffes and Cookson’s wildebeest are endemic species to the Luangwa valley. 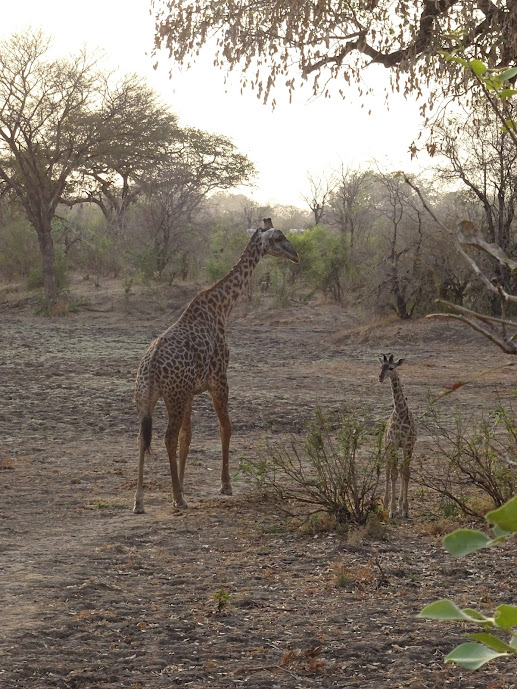 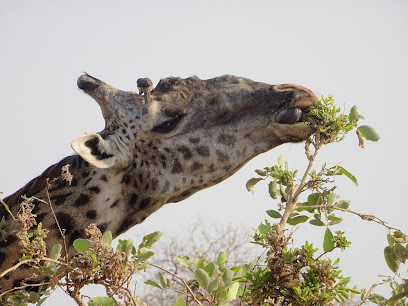 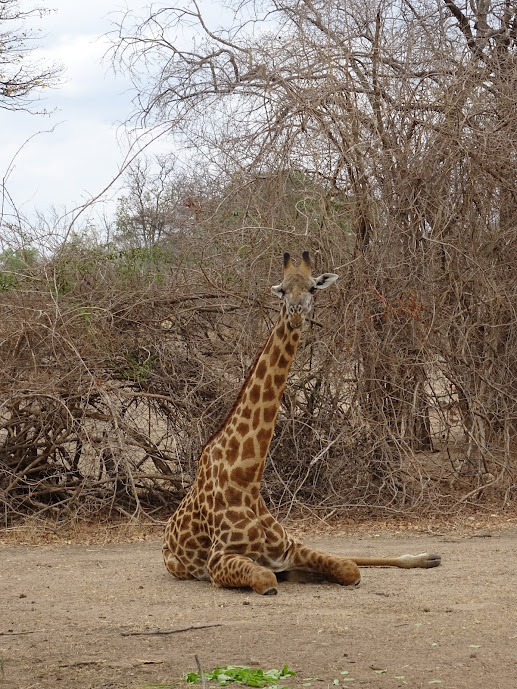 We also saw some animals we hadn’t seen before, like a waterbuck and puku. 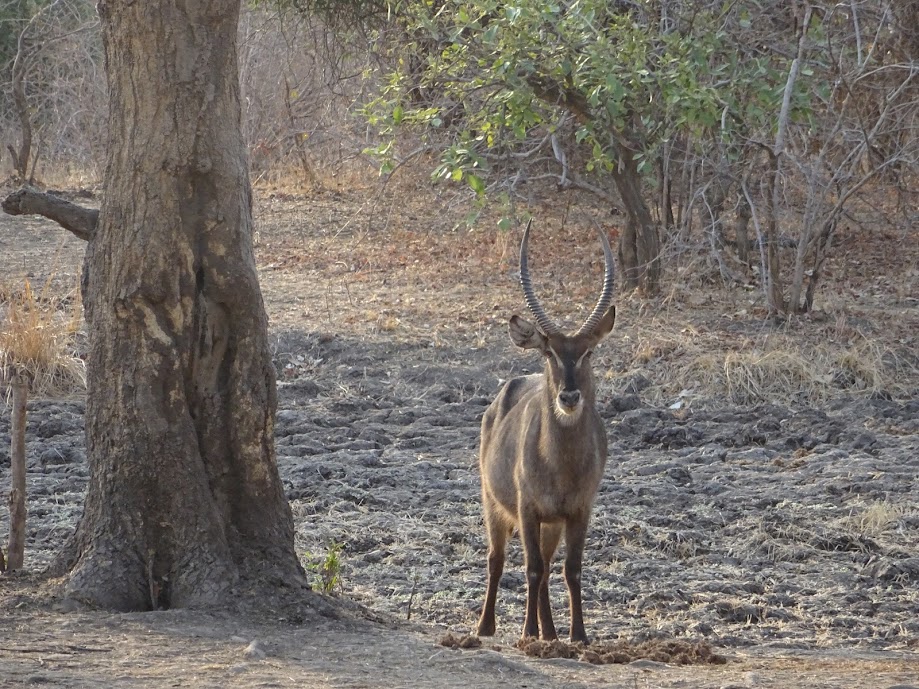 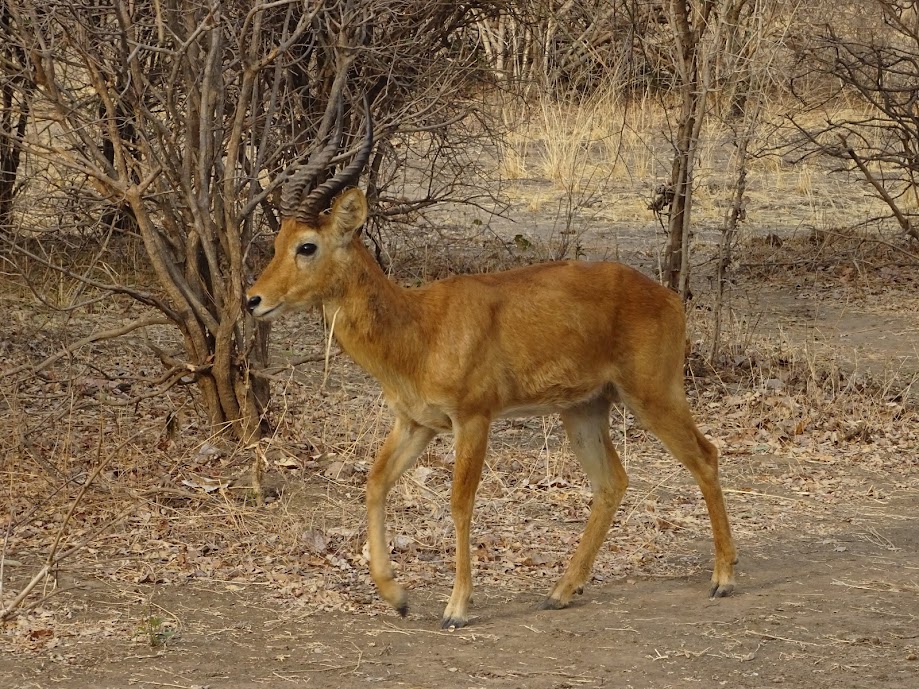 South Luangwa National Park is also known for it’s large population of leopards. Our guide said he saw one almost every day! It’s easy to understand why, since there are many trees and bushes. Leopards are solitary hunters and not that quick. They hunt mainly by ambushing, having to get few meters away from the prey before attacking. They don’t do well in the vast plains of the Serengueti! Unfortunately, our game drive was only a few hours in the morning and we weren’t lucky enough to spot one. It was the first park we visited without spotting leopards, cheetas or lions.

Like in the parks before, we saw again some familiar animals. Zebras, gazzeles, impalas, elephants, buffalos, despite being used to their presence in every safari, are always extraordinary. 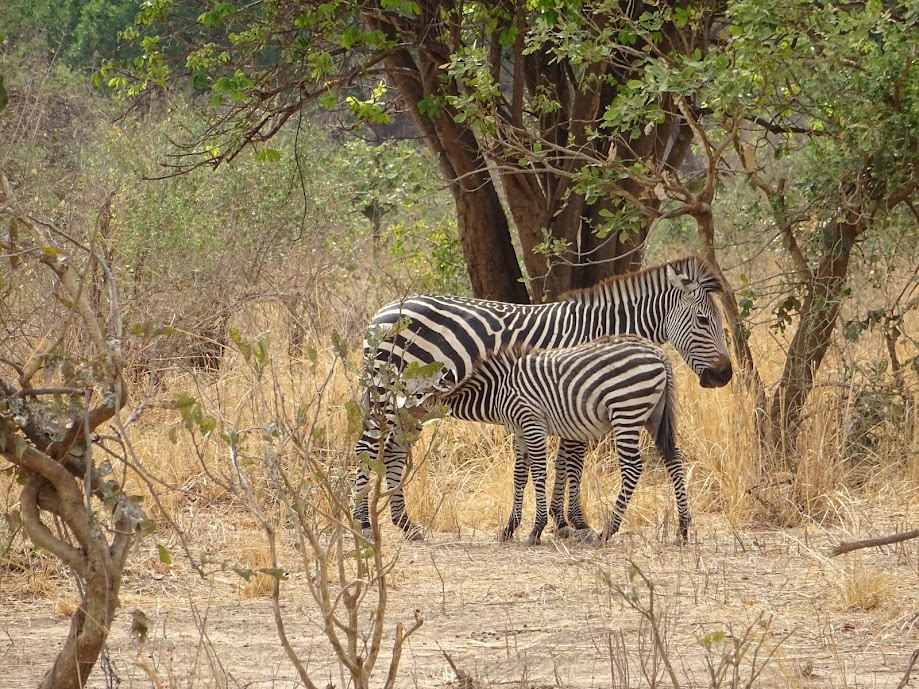 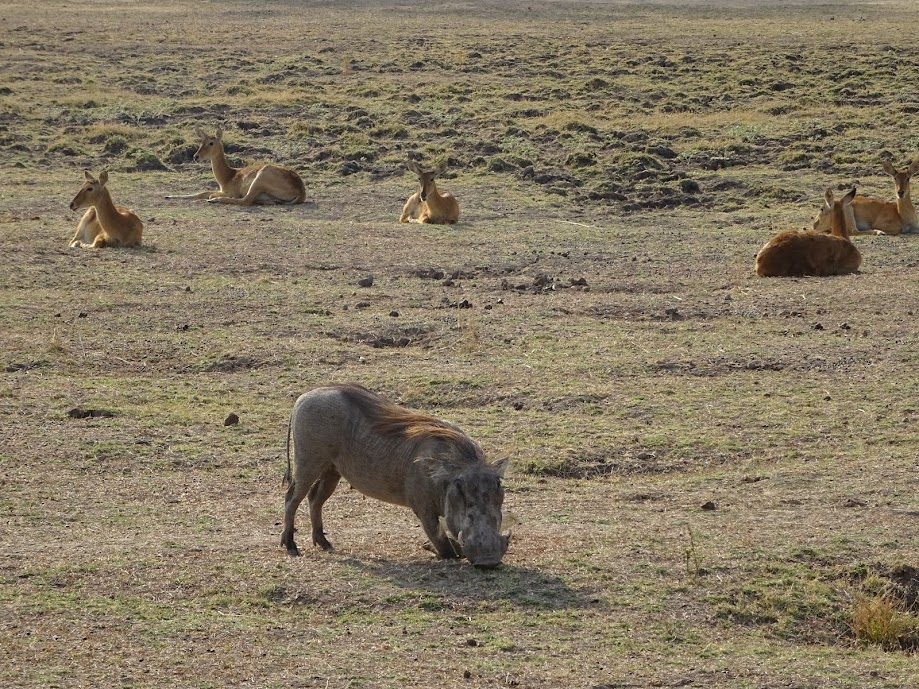 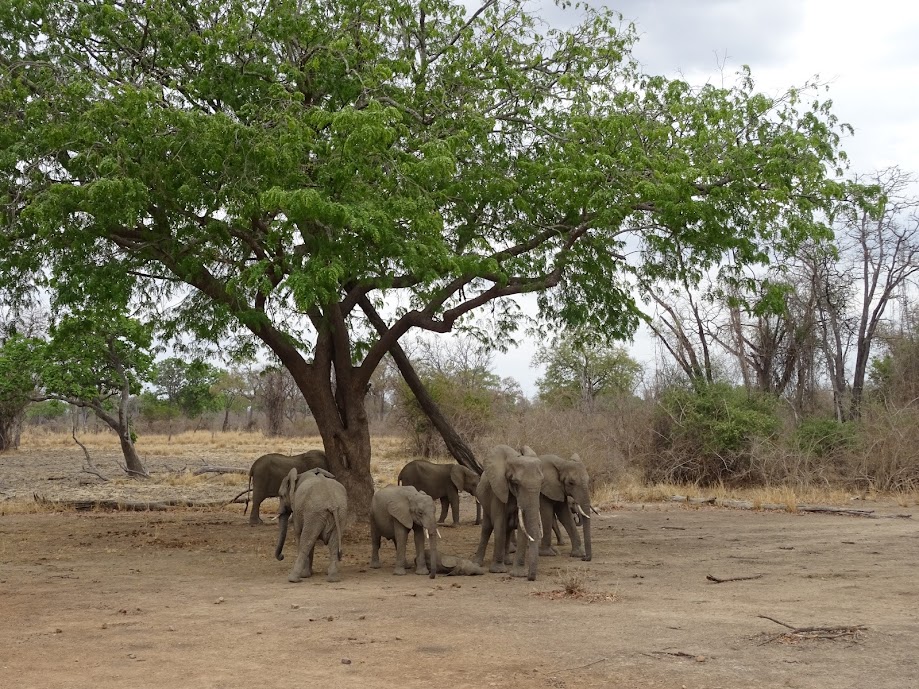 As far as birds go, there is also great diversity. Over 450 species of birds have been registered in the Luangwa valley. The carmine bee-eater can be spotted in great numbers in this park during the months of September and October. It’s a small bird that eats insects in plain flight. It’s red colour is phenomenal. I think it is the prettiest bird I ever saw!

An African Fish Eagle also decided to show up, the Zambian national animal. 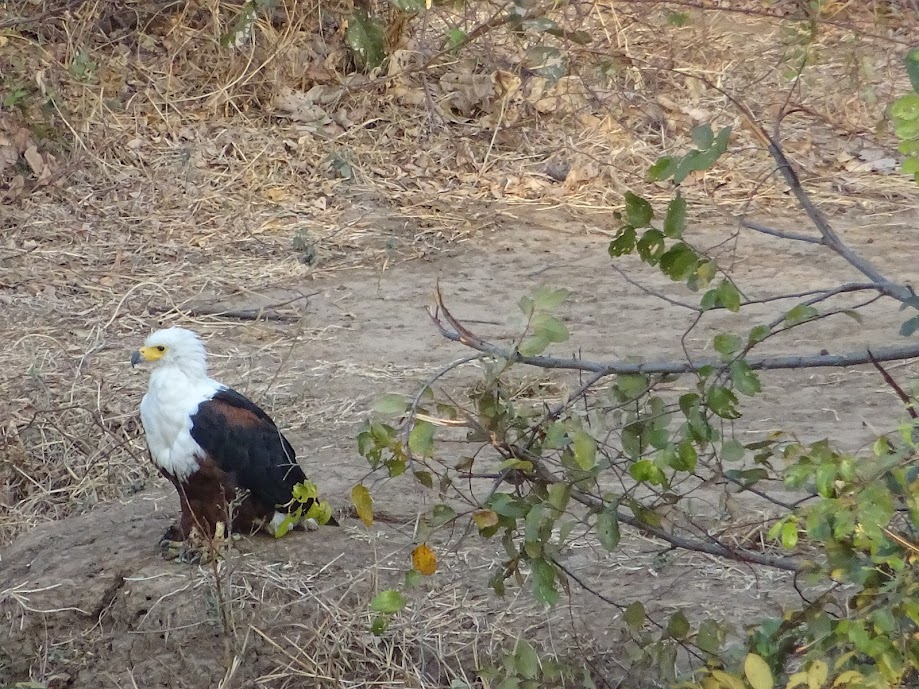 We also met the hornbill, the inspiration for Zazu, in the movie “The Lion King”. 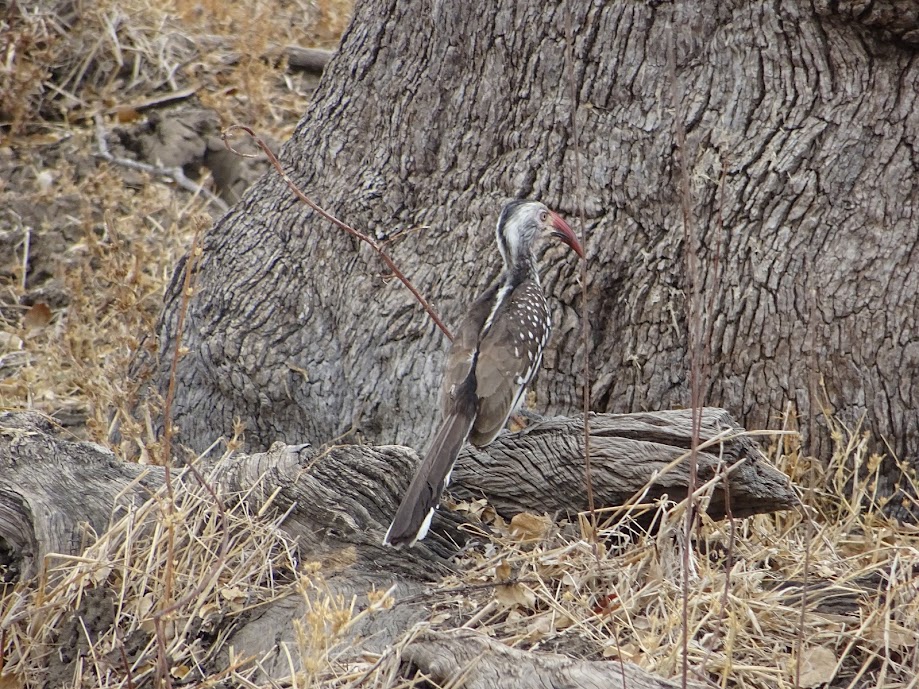 A Safari is made up of a kind of stop-and-go, as the guide decides to stop or by passenger request. As we go on more safaris, we ask to stop less frequently, and take less pictures. We spend more time looking at the animals and studying their behaviours. We savour more each moment.

As loud as the 4x4s can be, we always end up lost in our own thoughts. Especially how lucky we are to travel to such amazing places and be able to admire such incredible animals in their natural habitat.