I’m travelling on the truck that has been our “home” for the past two weeks. We are about to leave Malawi, a country that is still among the poorest of Africa.

As I look through the window, I feel the noisy wind coming through and see. I see the dry landscape and red soil, the plastic that litters the roadside. There are almost no cars passing by. Only people walking past or on their old bikes. I see many mothers with kids on their backs, tucked in blankets of african colors. 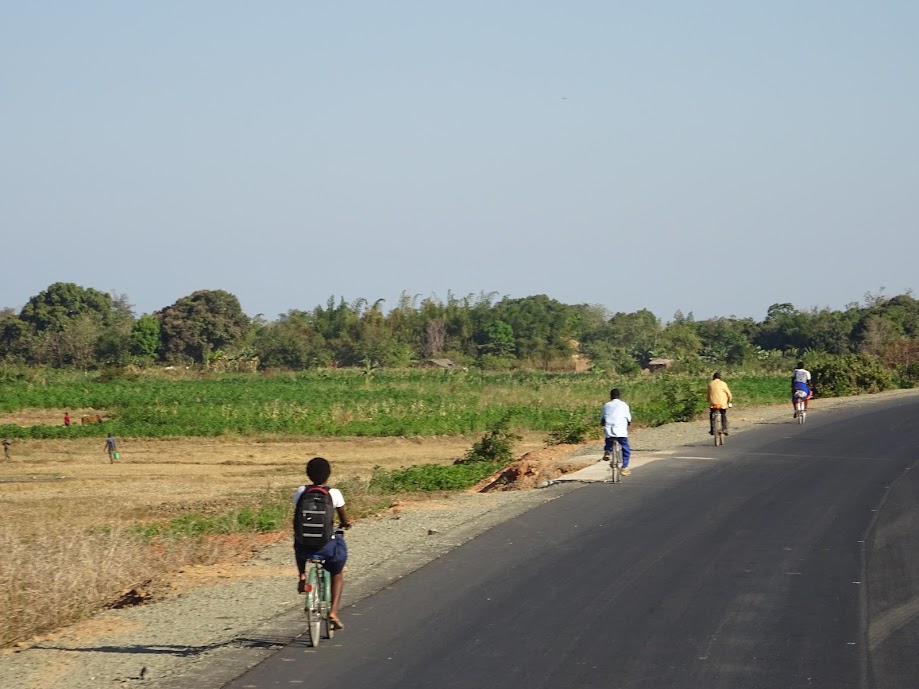 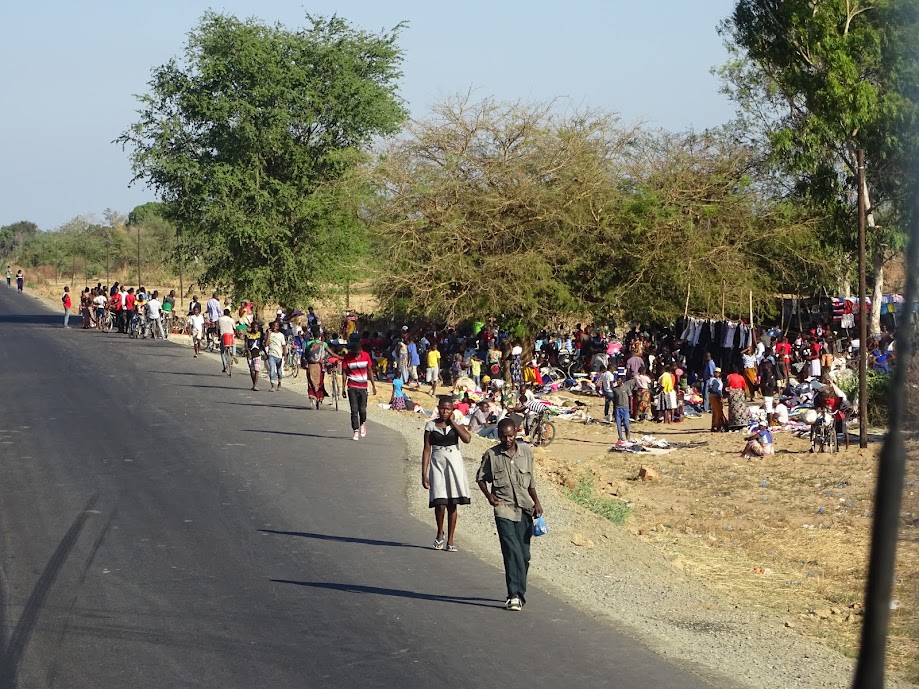 We go past villages with homes made of red bricks, where I see kids, many kids, to whom I wave. Usually they wave first, with a warm smile, that dresses them with the most beautiful clothes they could have. Despite being dirty, despite all the difficulties of their young lives, they scream of joy and wave at us. I have much too learn from them.

In Malawi we spent only three nights, on the shores of lake Malawi, the third largest in Africa. Once connected to the sea many years ago, now it is a freshwater lake, with unique fish species. 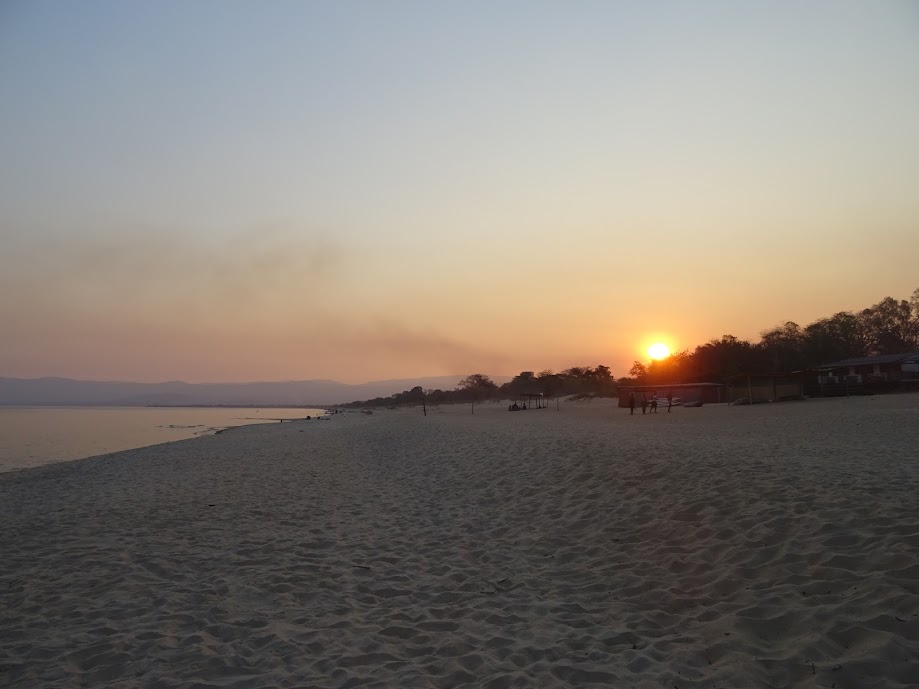 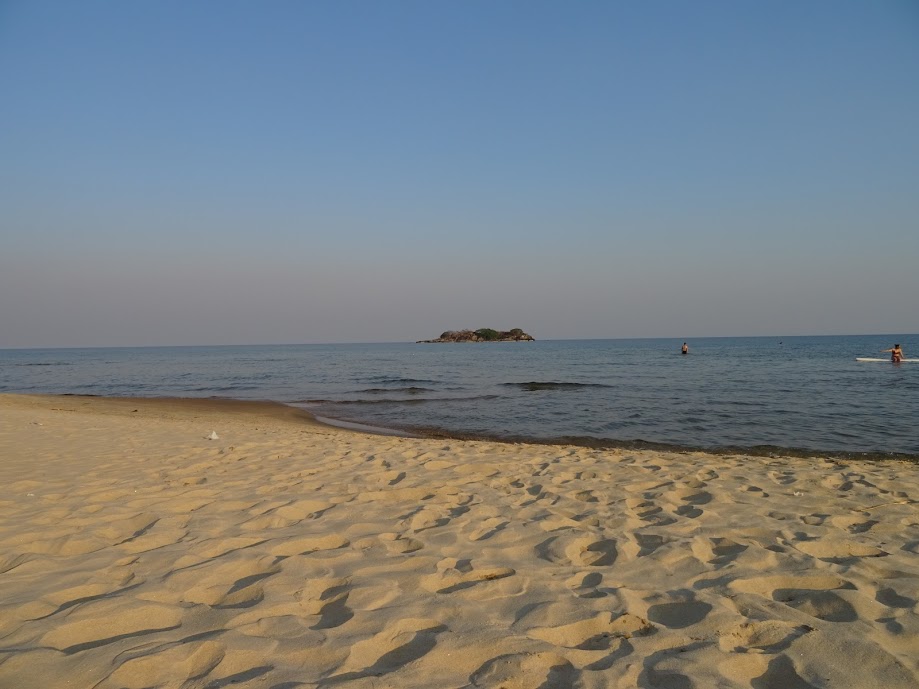 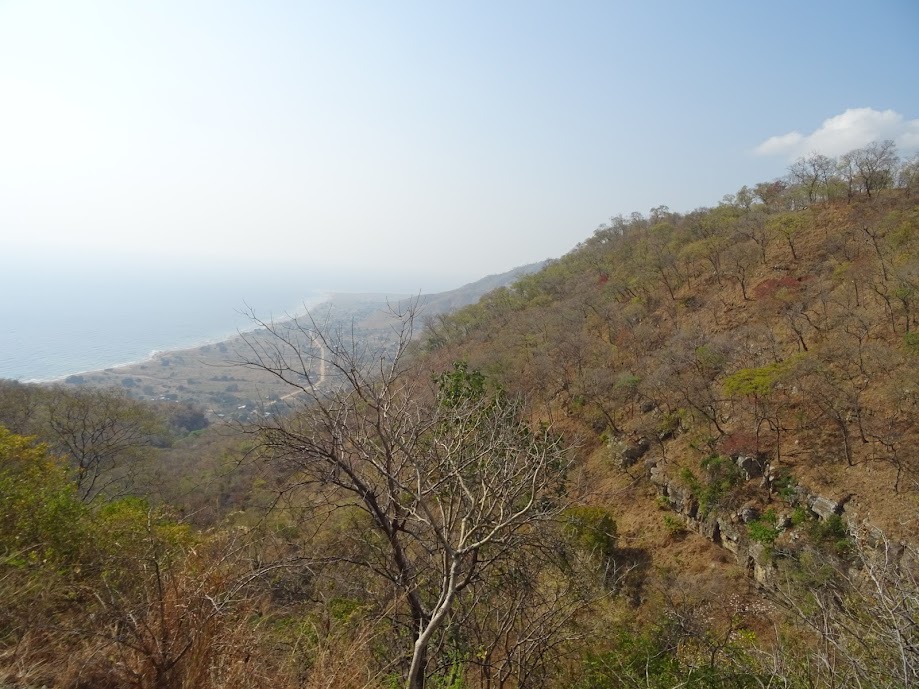 Yesterday we had the opportunity of going snorkeling and it was like entering a giant fishtank! Many little fish in great numbers and colors left me in another World. 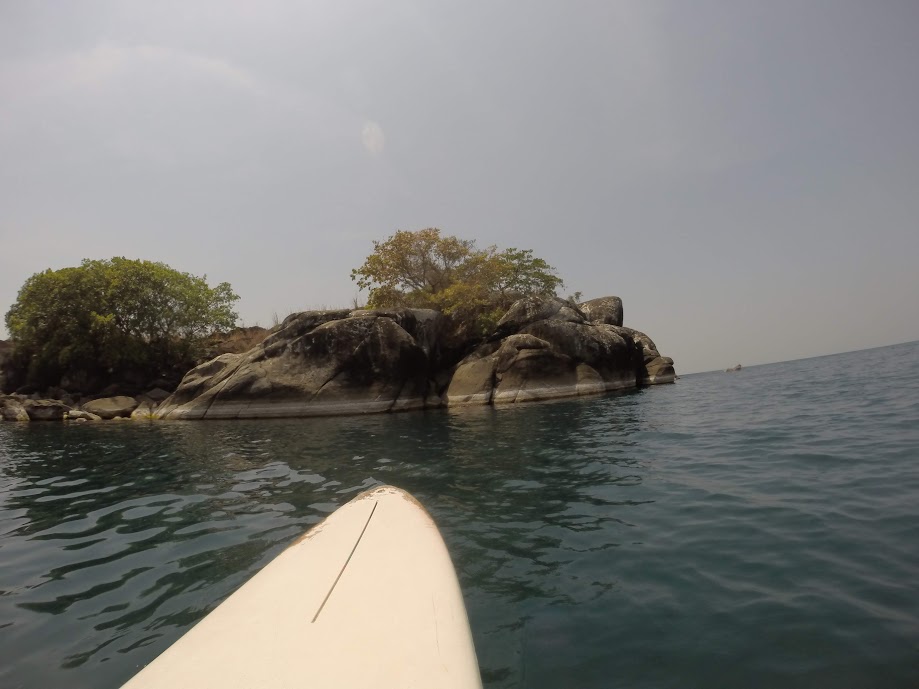 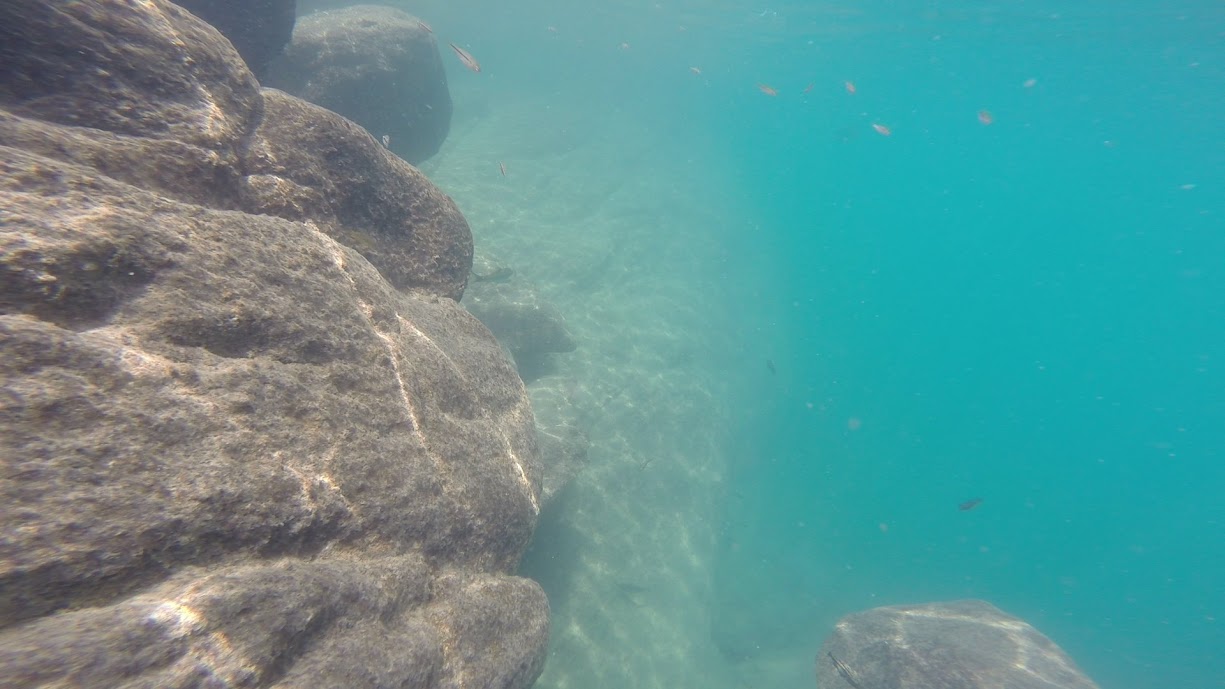 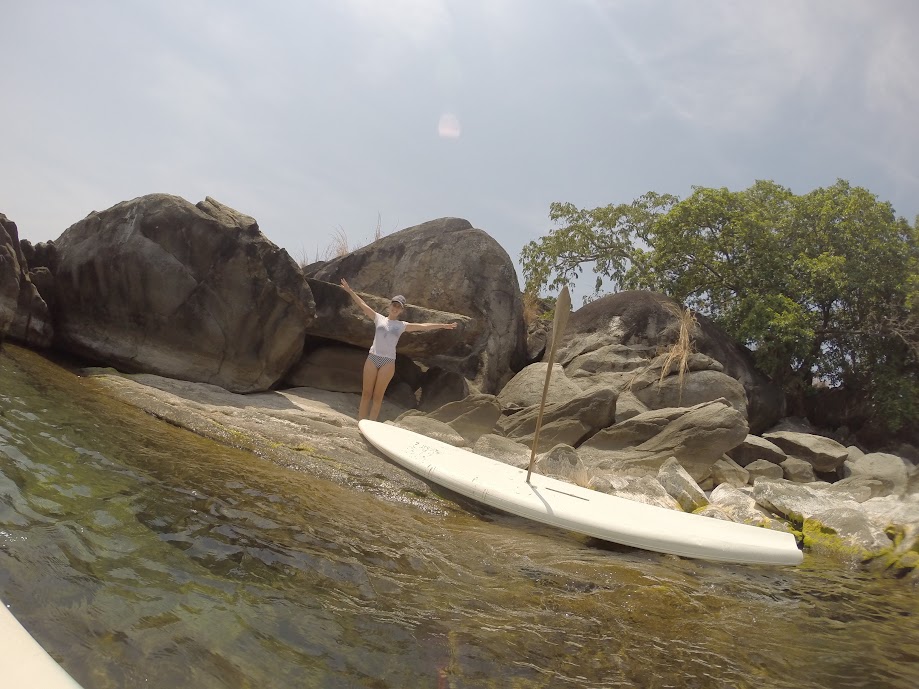 During the afternoon we ventured into the “shops” next to the entrance of our campsite, in Kande Beach. It is hard to put into words, but it was kind of hilairous. As soon as we left the gate and came close to the first “shop”, about 15 people that were sitting there came to meet us. “Come look at my store” said the first, “come look at mine”, would say the next. “I paint maps of Africa where I mark all the countries you passed on your trip, and write your name” said another one that followed us from shop to shop.

All of them with a smile on their face, and without fear of the competition, tried to sell us their painting and wood carvings. They asked us what we were looking for. It was for a baby, and we already had an idea in mind, that we didn’t find there. Still, in the 5 “shops”, they started to find articles that could be a gift for a baby. They were all so helpful, but at the same time really wanted to make business, leaving us in the difficult position of saying no to such kindness, but we did. 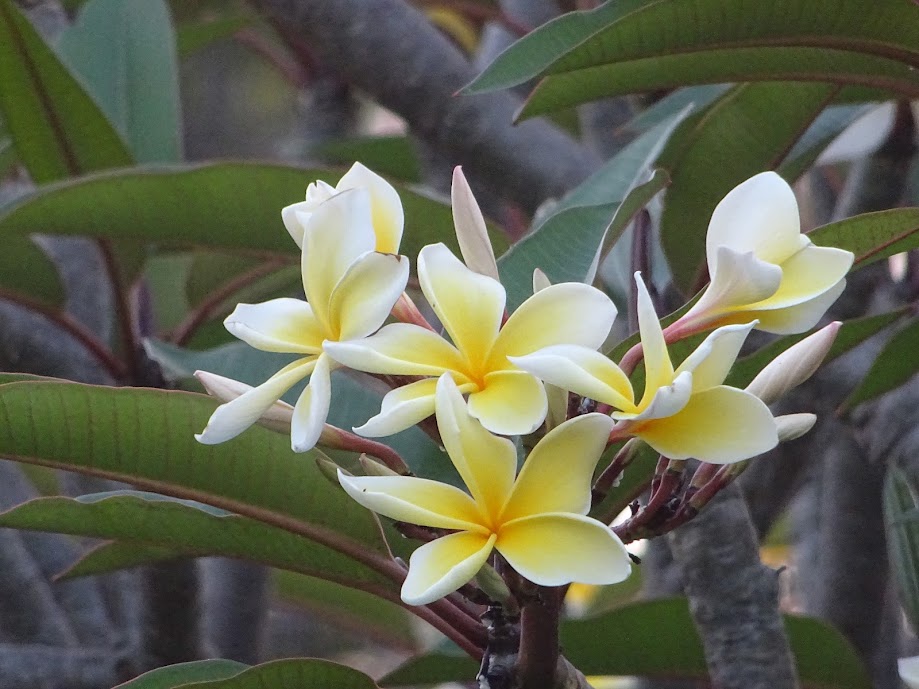 After this small odyssey, when we went back to the campsite next to the beach, one of the workers approached us and said “There is a hippo in the lake!” What? A hippo? That can’t be true!”,, “Yes, yes, it is true”, he answered. I couldn’t believe it. I had read in the bathroom the warnings about the possibility of crocodiles showing up in the lake at night, but never heard hippos mentioned.

Me and João, as we got closer to the beach, started to see many people looking in the direction of the lake, and no one in the water. “maybe he was telling the truth”, we mentioned to each other with a great smile . You bet it was! We passed by a friend from our group that said “I almost died! There was a hippo very close!”. We later understood that he was exagerating a little bit, since the hippo was a reasonable distance away. In any case it was quite frightening to the group that was about to go snorkeling on paddleboards and had to come back. It was not easy to spot them since they were in the lake, and only came to the surface every now and then for a few seconds. 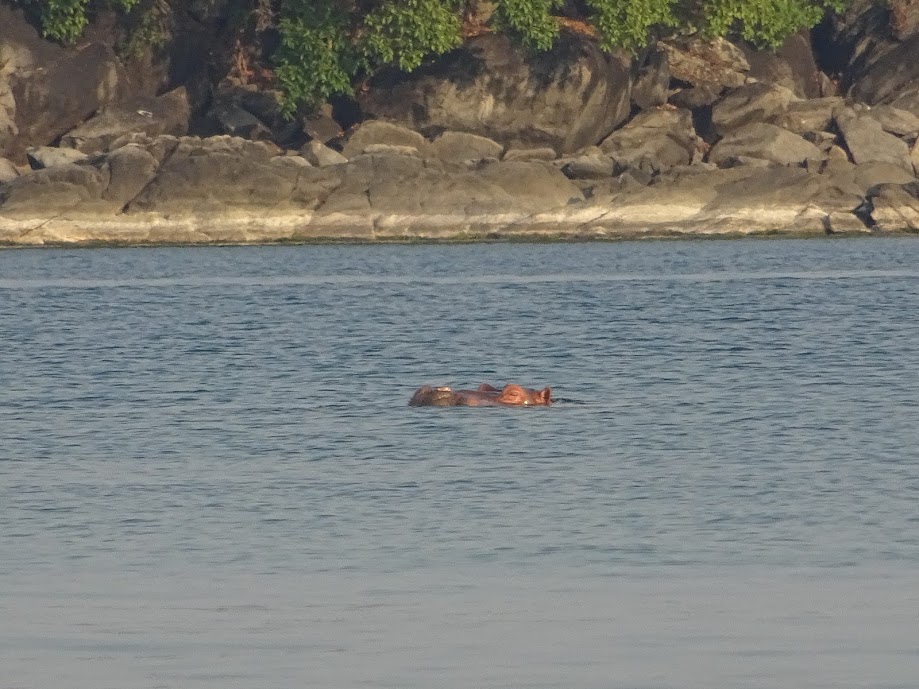 Yesterday there was also part of our group that went to visit a local village. I didn’t go, but learned that at the school there are 1500 kids for 11 teachers. How is that possible? Even though primary education is mandatory, there are families that can’t send all their kids to school, since they need them to work, or because they have no money to pay the uniform, shoes or other mandatory items.

We crossed the country from north to south, and one thing is for sure. Life here is not easy, but that doesn’t stop people from smiling. Life here, for most of them, is lived with less than a dollar per day. Poverty here is extreme. It saddens me, because I know we could live in a world without so much wealth inequality, more fair and peaceful. It’s worth fighting for. 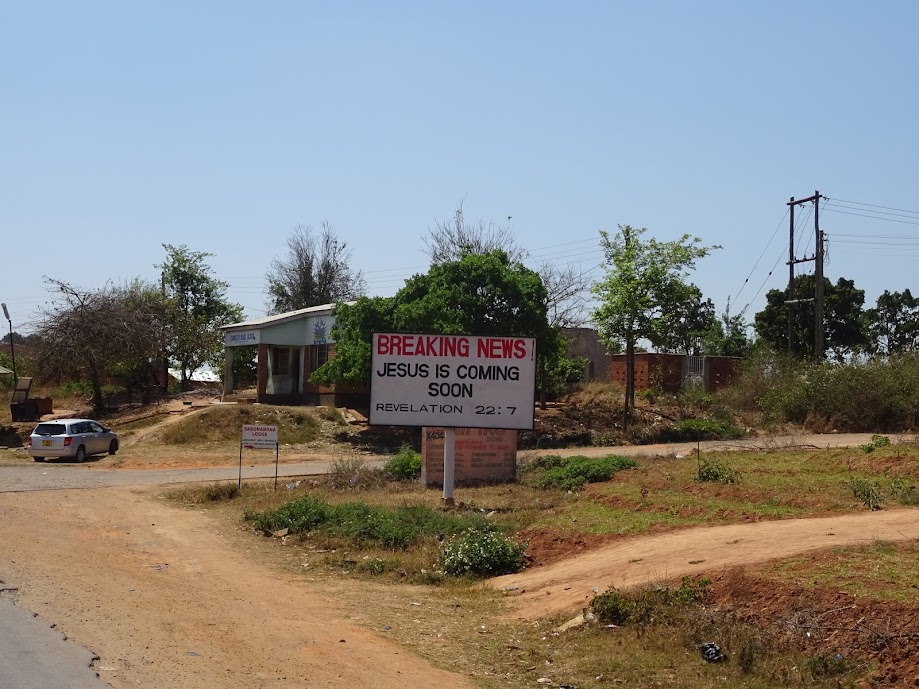 Being a tourist in Africa is not for everyone, but I think it is one of the best ways to directly help the local populations. We leave it to you, especially as it’s so easy to fall in love with this continent.