After the Maasai Mara, the expectations for the next safaris were very high. Two days after leaving Nairobi (Kenya), already on the overland truck with another 20 people, we entered the Ngorongoro conservation area (Tanzania) before the sun came up.

The mist was dense, but we could understand we were on much greener land than before. It seemed as though we had entered the jungle. 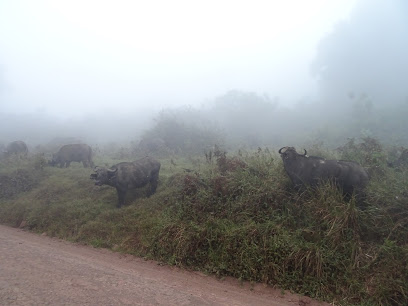 Ngorongoro is the the largest unflooded, intact caldera (collapsed cone of a volcano) in the world. Known as the Eighth Wonder of the world, many scientist suggest that before its eruption, this volcano was larger than Mt. Kilimanjaro. Ngorongoro contains possibly the largest permanent concentration of wildlife in Africa.

Ngorongoro is a conservation area and not a natural reserve due to it’s multiple uses, since the governmentt allows the Maasai people to live in this area. Here they have their villages, schools and it is where they raise their cattle. They are a tribe used to living side by side with wild animals, and there’s no doubt that seeing cows, sheeps or goats, eating the grass next to zebras and wildebeest is very peculiar!

In contrast to the green environment on the way up, at this time of year, the base of the crater is very dry, and the only green pastures are next to the remaining water zones.

A long morning in Ngorongoro allowed us to capture incredible images with our camera, but mostly with our eyes. 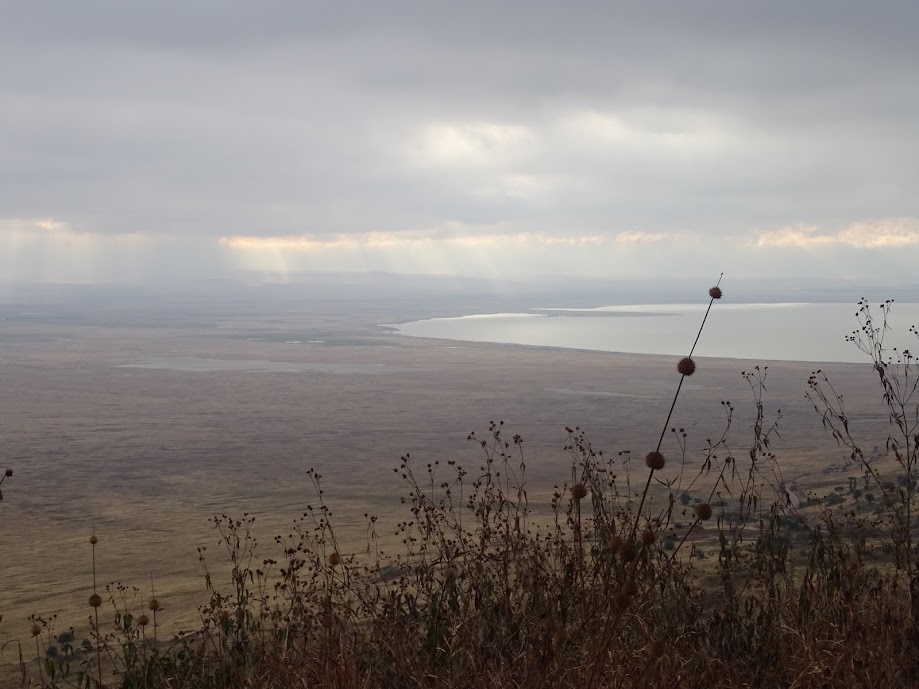 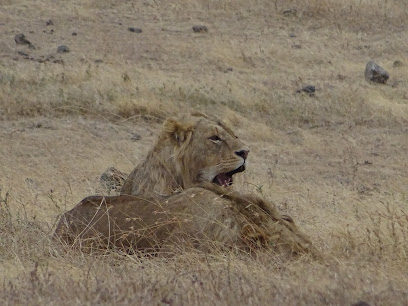 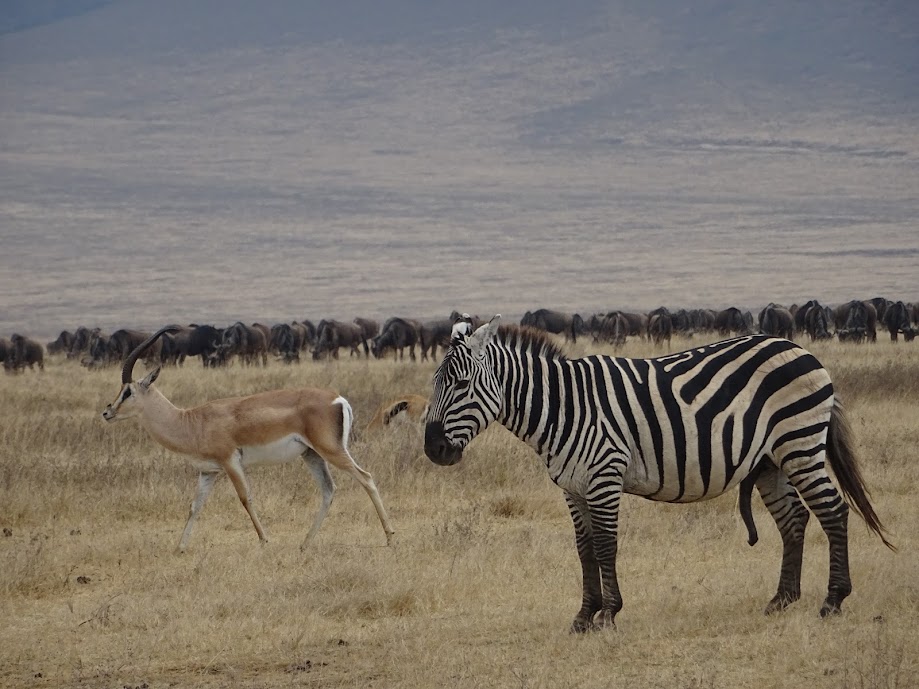 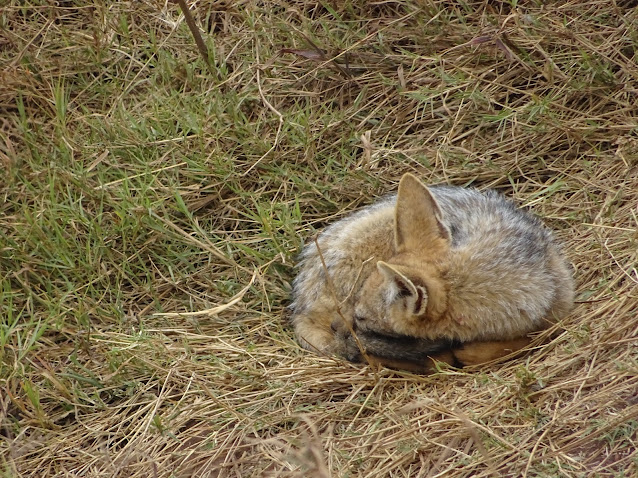 We had lunch at one of the picnic areas. After little time black kites began trying to steal our food. I felt as in the movie “The Birds” from Hitchcock. I started shaking right after I screamed histerically when two of these great birds flew right in front of me.

In the afternoon we continued our journey into the Serengueti, the most famous park in Tanzania, home to the biggest concentration of migratory game animals in the World. It is also well known because of the large lion population and frequent cheetah sighntings, as we could confirm.

The word Serengueti comes from the Maasai languange and means “endless plain”, and it is exactly that! 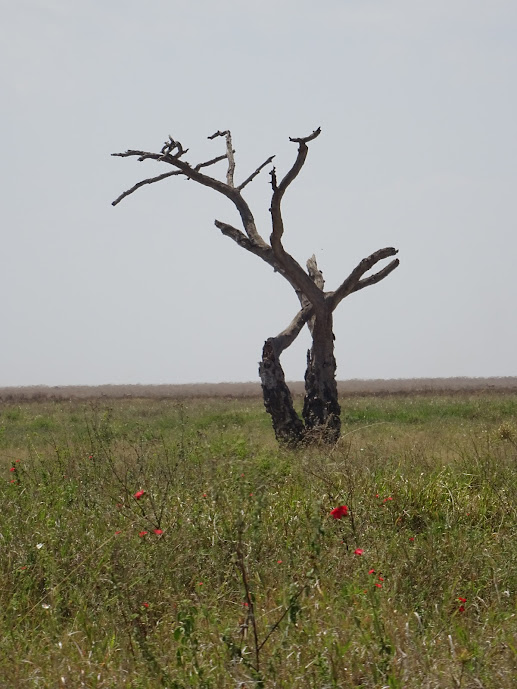 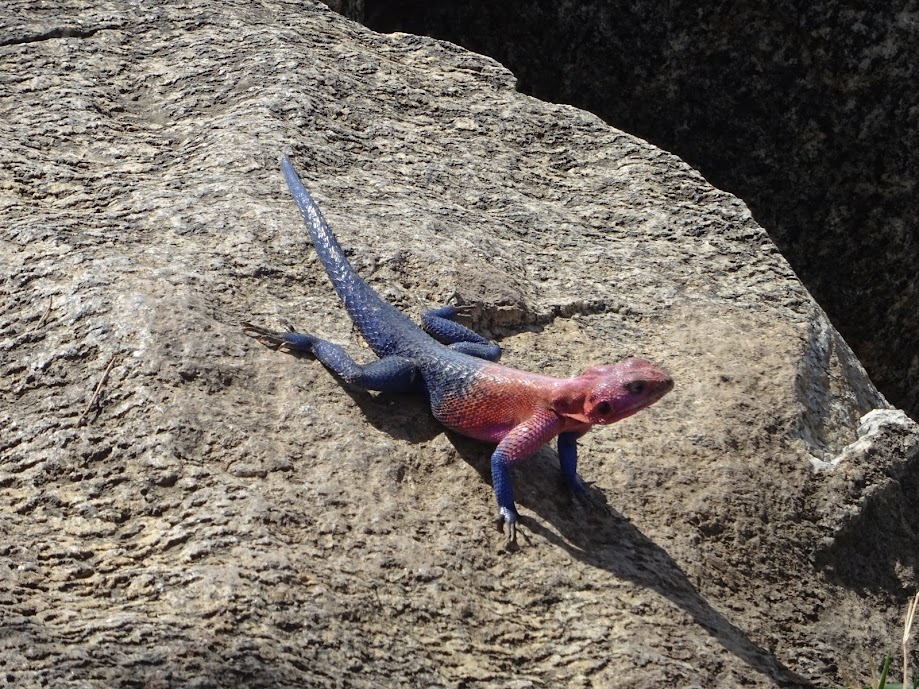 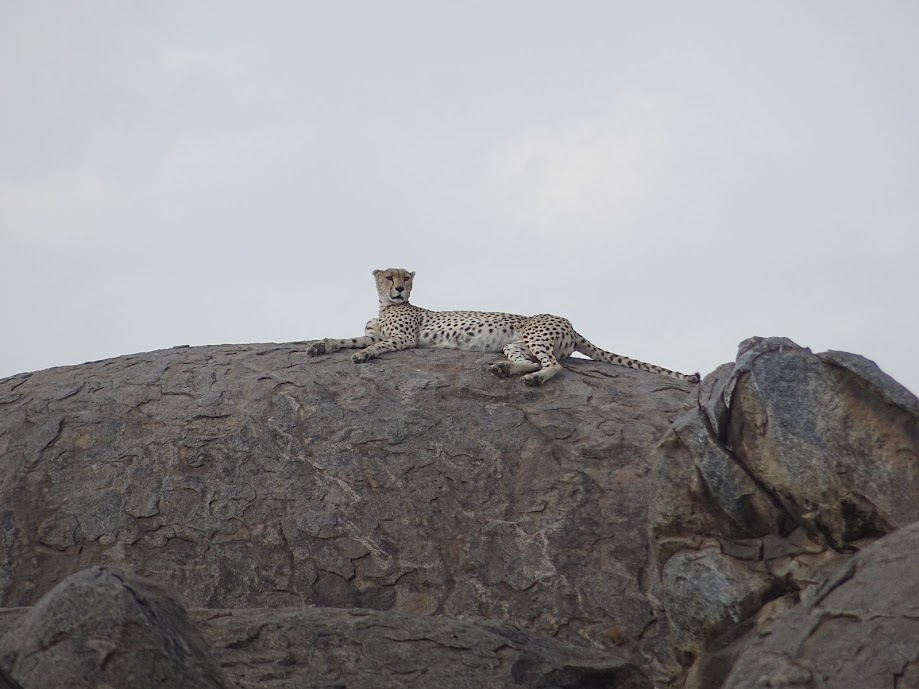 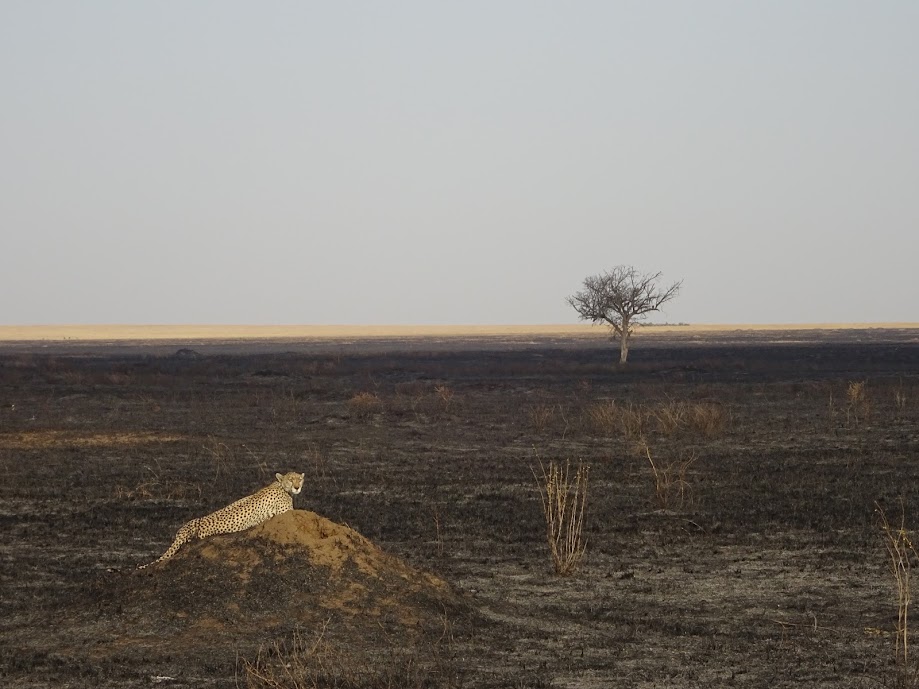 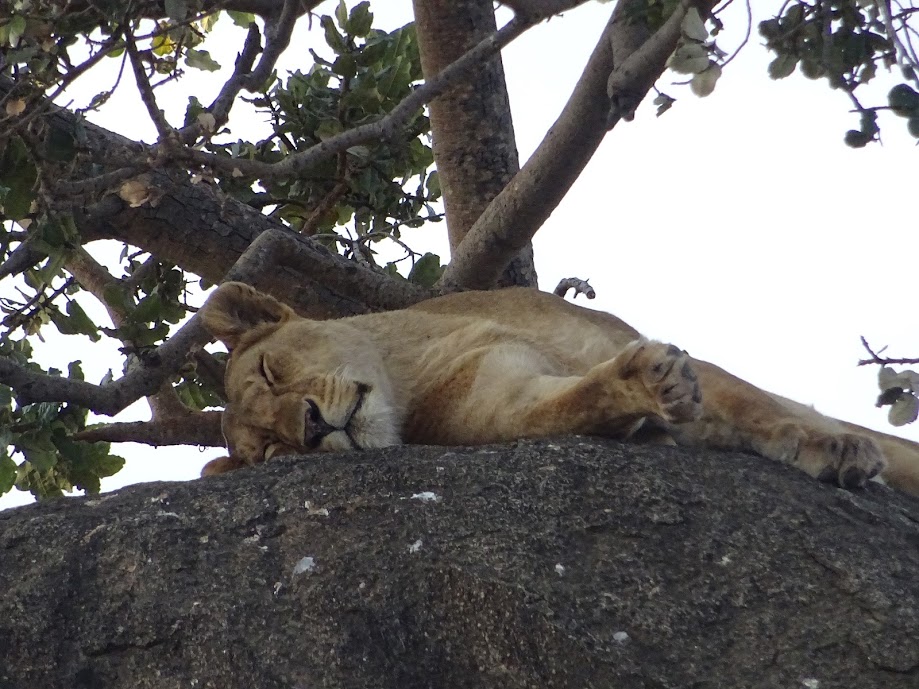 As we mentioned on our post about the Maasai Mara , the exact timing on the great migration is difficult to predict, and unfortunately we could not witness it. It is one of the most impressive wildlife phenomenon on planet Earth. Up to 1.3 million wildebeest, 400.000 zebras and 300.000 Thomson gazelle travel more than 1.000km, following the rains. The migration moves from Kenya and the northern Serengueti back toward the short-grass plains of the southern Serengueti and Ngorongoro.

Seeing the plains of the Serengueti so dry, we can understand why so many animals are forced to travel that circle. But it also makes me wonder how the resident animals survive, with so many kilometers without water, very dry grass and very few trees.

The soil of the Serengueti is not good for tree growth, since there is a thick layer of volcanic debris deposited there since the last eruption from the volcano that formed the Ngorongoro crater. On the other hand, the soil is very good for grass.

Despite this dry environment as far as we could see, we spotted many wild animals, including lions and cheetas, on the way to our bush camping site (without fences) in the middle of the Serengueti plains. 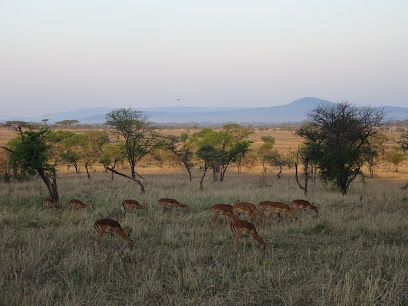 It was a night of interrupted sleep by the screeching noises of hienas. A noise that I’ve never heard before and that left me restless, even though we were warned that they would be around during the night.

Another long day was coming. Another adventure in the african savannah to leave us speechless.

Every day in the savannah is a game, a search for the wild animals and I am amazed by them all! 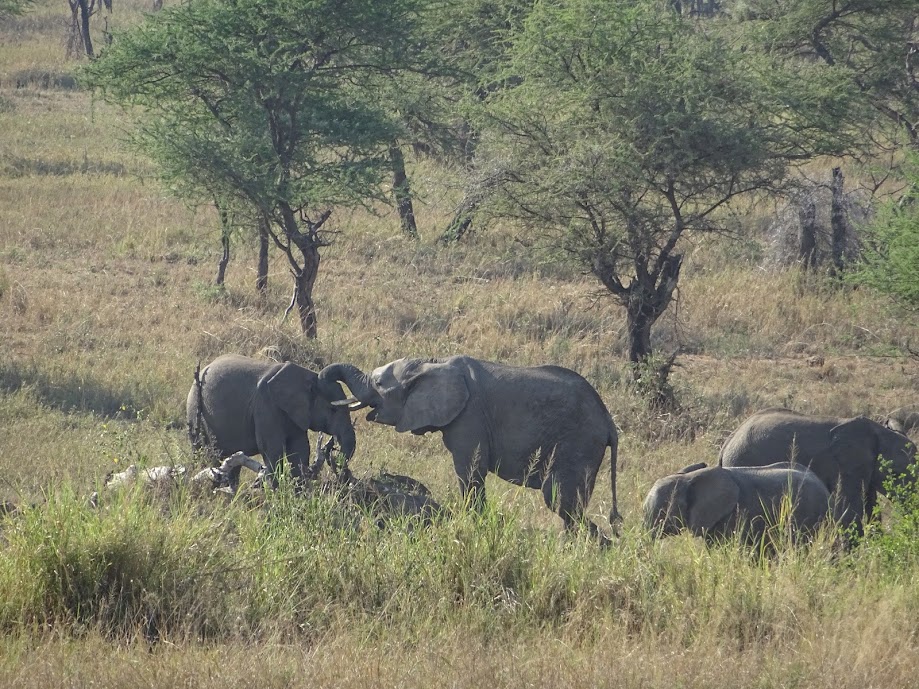 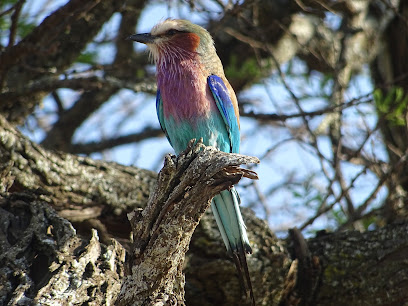 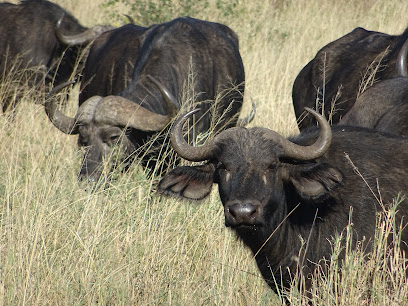 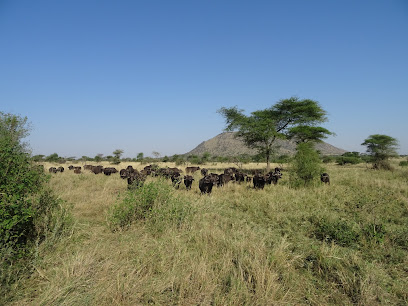 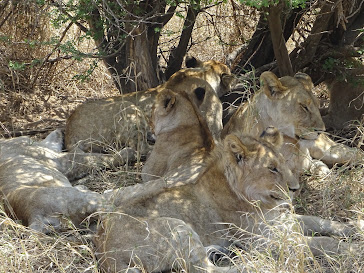 On the way out of the Serengueti we saw the cherry on top of the cake: a cheetah with two cubs! What a beautiful sight. 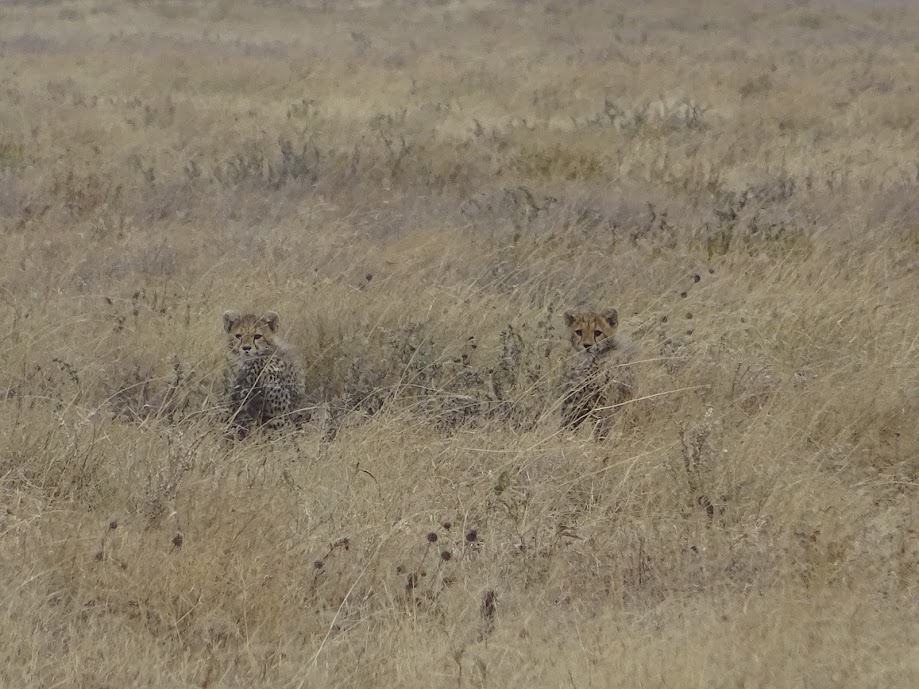 The bad part about safaris, in my opinion, is that the drivers of the 4×4, with their good intentions of giving the tourists the best possible experience, break the rules of the game. They go off road, which is not allowed, to get closer to the animals. If it was only one doing that…. The problem is when one of the “big five” (lion, elephan, buffalo, rhino and leopard), everyone wants the best spot, and often the drivers come extremely close to the animals (mere centimeters away). One of the most unconfortable situations was a group of vehicles (around 10) that, including ours, surrounded a group of sleeping lions. Another one that left me even worse was our inexperienced driver/guide throwing a stone at a sleeping lion to get him to move!

If it’s a good thing to have these national parks where the wildlife is preserved, it is very important that the rules are followed, and that we, humans, interfere the minimum possible with the animals. After all, we are the ones out of place.

Even though we didn’t see a rhino (there are less than 50 in the Serengueti), neither a leopard, seeing life in it’s most wild state is unforgettable! I keep questioning myself how our trip can get any better than this!