There is no combination of words that can describe everything we felt on our first Safari in the Maasai Mara. It is truly a unique experience, and one I recommend to everyone who can afford to do it.

We were unsure of whether or not to do a Safari on the Maasai Mara, Kenya’s most famous game reserve. Since our overland trip already includes a few Safaris, we left the decision for the last minute. We had some extra days in Nairobi, therefore ended up going for it. And it was the best decision we could have made!

Wednesday morning we left Nairobi around 8:30, headed for Narok, already with our driver/guide, Patrick, and 6 other tourists. The group was very cool and we quickly got to chatting. Our van was quite beaten up and we were surprised to discover it would be our Safari vehicle, but it proved more than capable!

Leaving Nairobi we were stopped by the police, who complained that our driver was bad, due to some over-confident overtaking… It left us uneasy but our driver would prove himself more than capable.

Our first stop was in the edge of the Great Rift Valley, and got our first good view of Kenyan landscape. It was a very welcome sight, especially after a couple of days on the busy and polluted capital Nairobi.

The next stop was unexpected, in a small roadside “garage” since apparently our van had a problem with the breaks, confirmed by the unusually careful driving of Patrick.

Soon we were back on our way, with the breaks still malfunctioning, crossing the valley and arriving in Narok for lunch. It was quite good and had enough variety that even our Vegan trip mate was satisfied. Patrick took the time to fix the breaks once and for all.

After lunch we continued on our way and arrived at the camp slightly after 16h. Dinner was at 19:30 but we still had a game-drive (another name for a Safari) planned. Everyone dropped their bags in the large tents (with toilet and shower inside!) and off we went to enter the park at 17h.

For everyone in the group it was their first Safari and none of us was prepared for the experience! 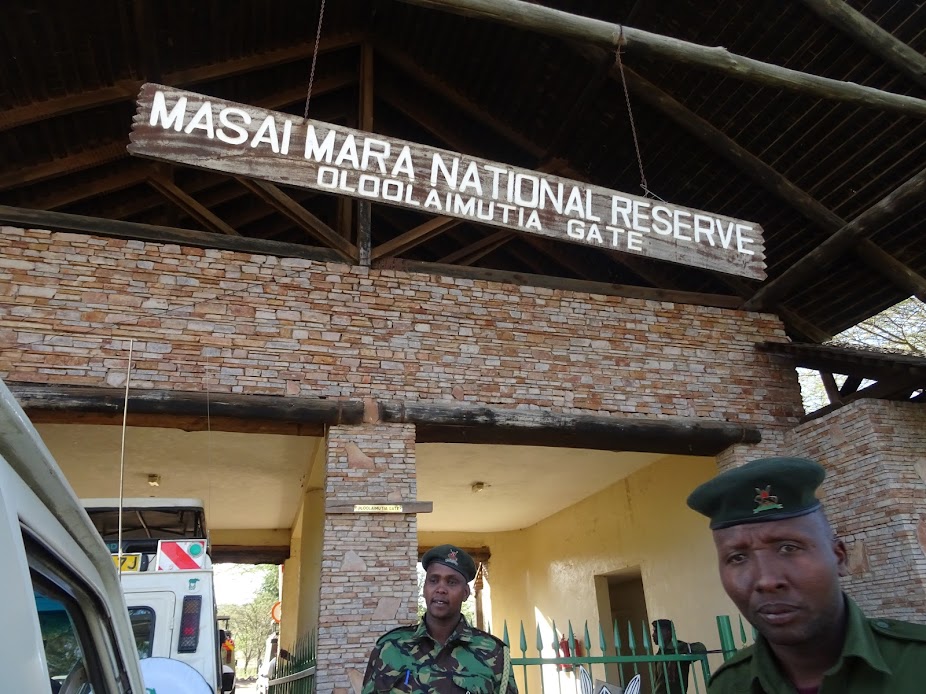 Upon entering the park we were immediately greeted by groups of zebra, wildebeest and gazelles, often mixed together. The green pastures filled with these three types of animals soon became a very common sight, but ever amazing. 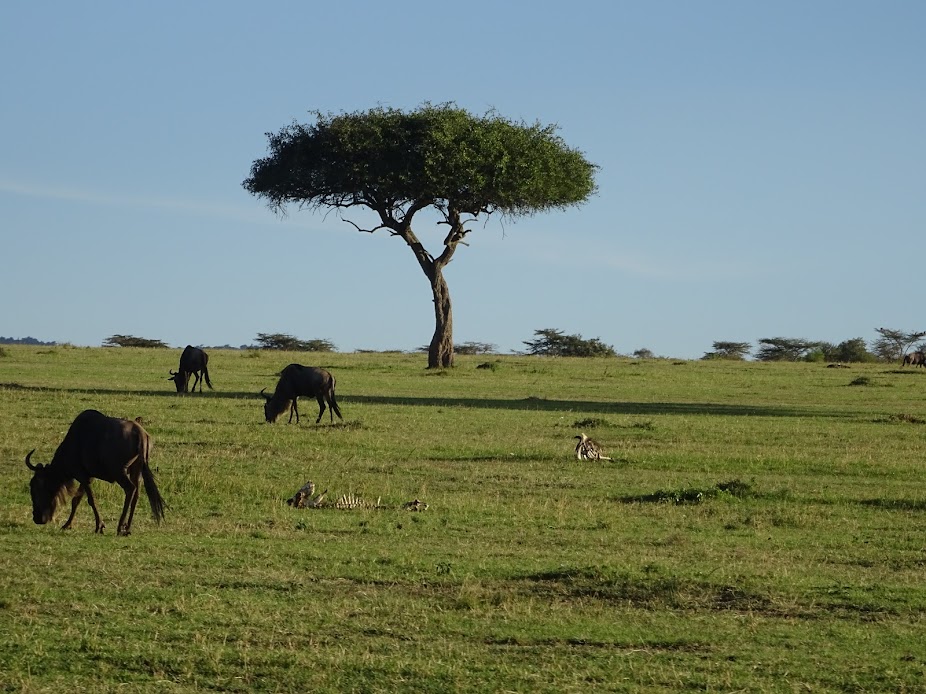 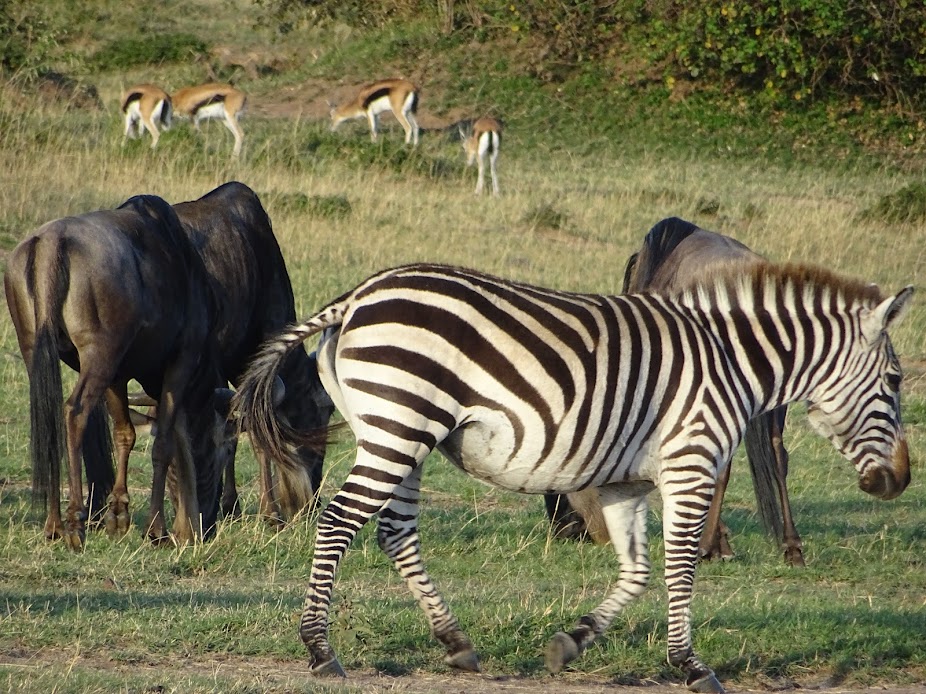 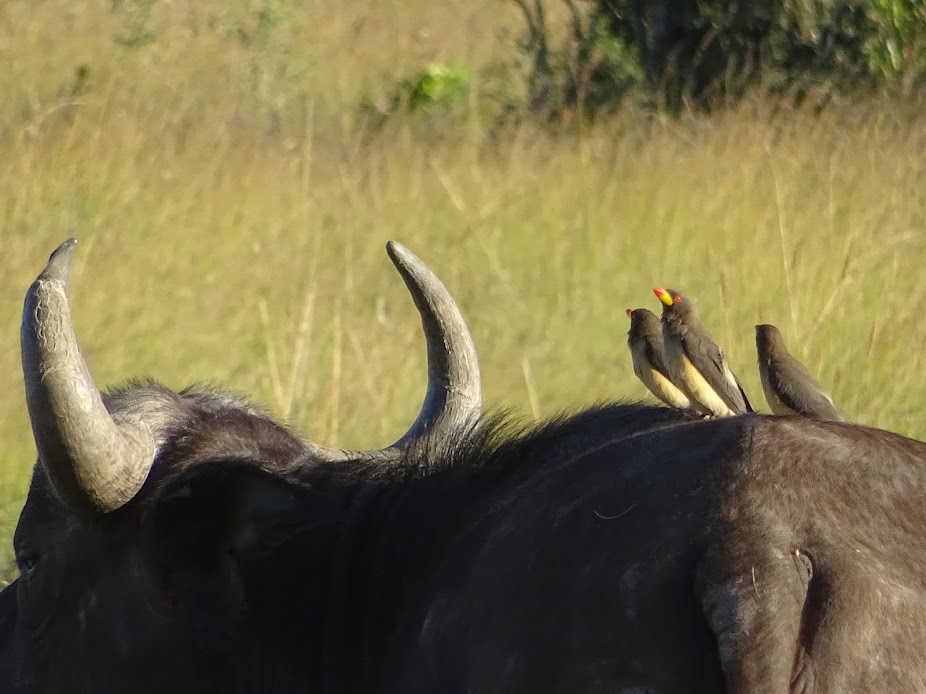 Less than 15 minutes into our drive, there was a group of elephants hiding in the bush to our right. We could not get a clear view, but everyone was excited and amazed at the first spotting of elephants. We continued on our drive, with Patrick navigating the dirt roads of the park, while looking around for animals and answering our questions. 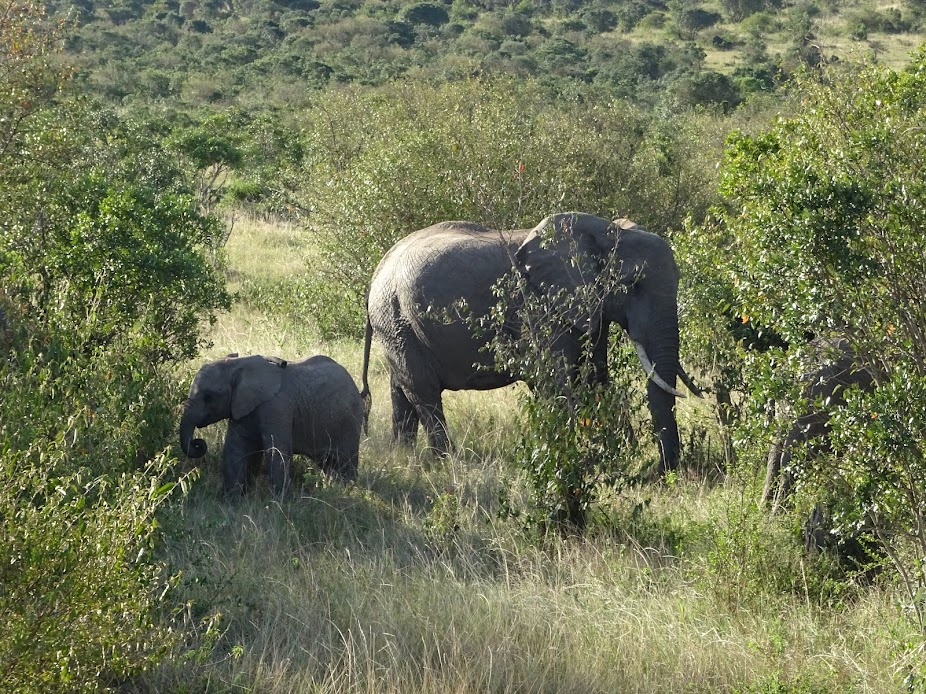 Inside the Maasai Mara, the guides use a radio installed in the vehicle to communicate between them. The constant noise of the radio was very welcome though, since the guides communicate animal spottings through the radio, so nearby vehicles can also come and see.

That was how we came to see our first lion. Already from a distance we knew there was something big there, since there were about 5 vans in the same spot. Patrick drove us there and stopped in the middle of the other vans.

We all jumped from our seats to view the lion from the open roof of the van.

It was a lioness, feeding on an antelope, a topi. There was another nearby laying on the grass. We asked our driver and guide Patrick how recent he thought the kill was, and he thought it had been the day before.

We were pretty close, but there was no noise other than the cameras snapping pictures, or the eventual quiet “wow”. 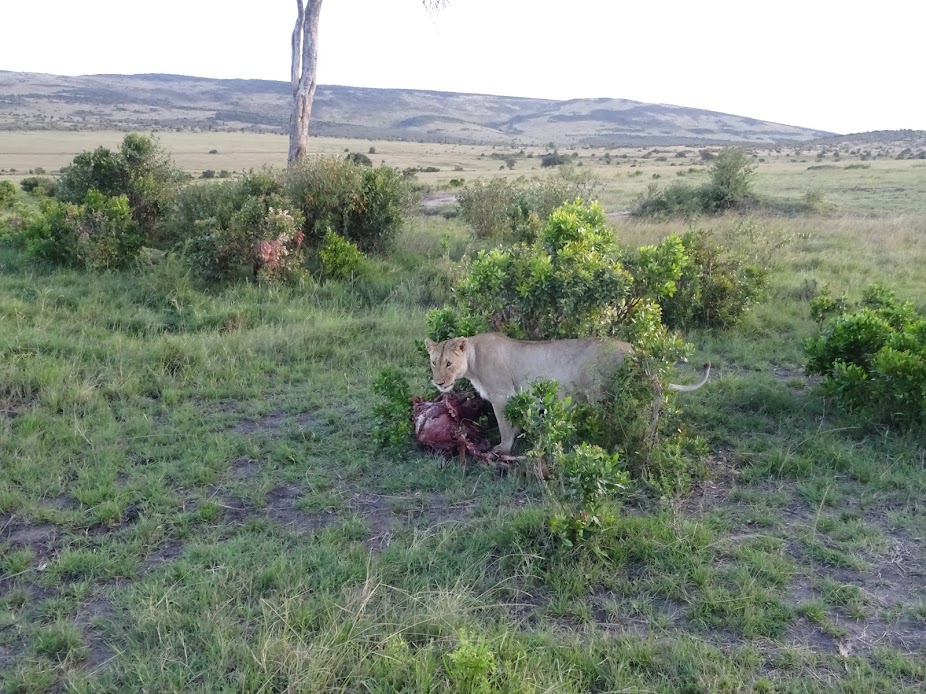 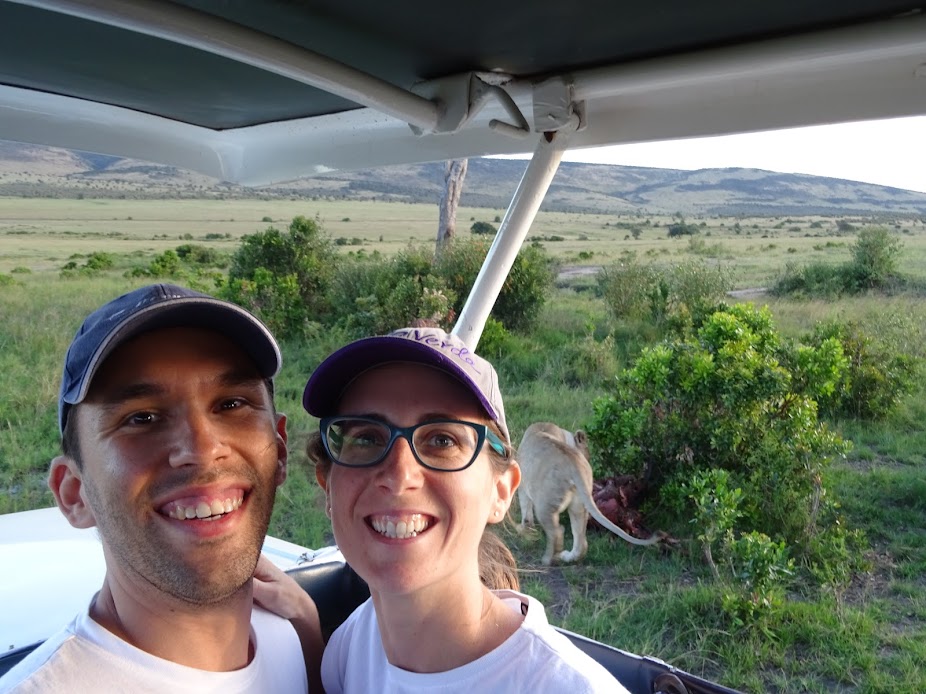 After admiring the lioness for a short time, we carried on our way, and saw most of the other species common in the Mara. Giraffes, buffalo and a few kinds of antelope, like the previously mentioned Topi, but also Elands. 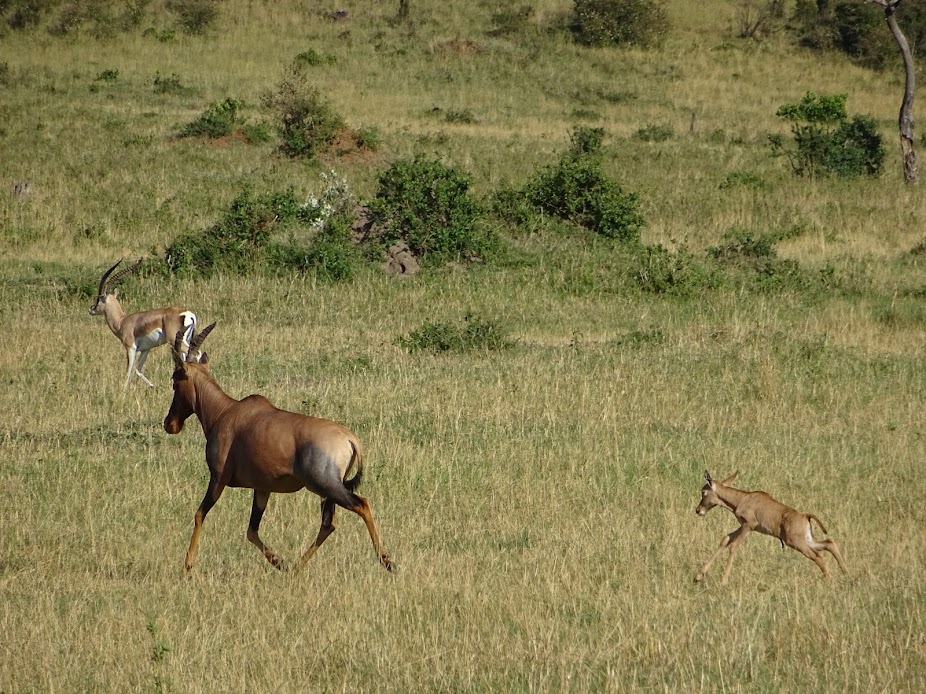 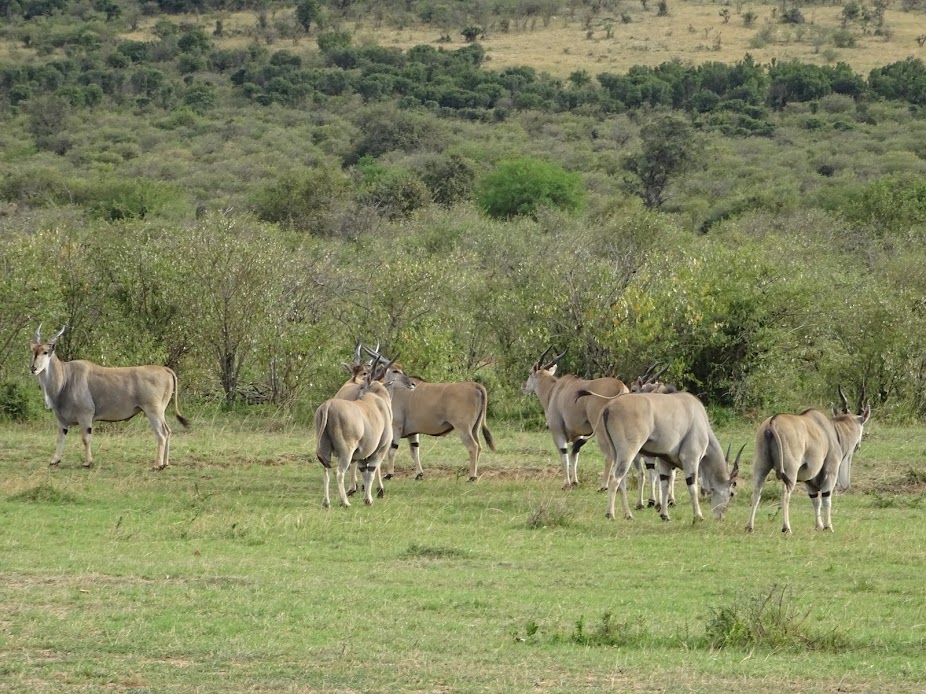 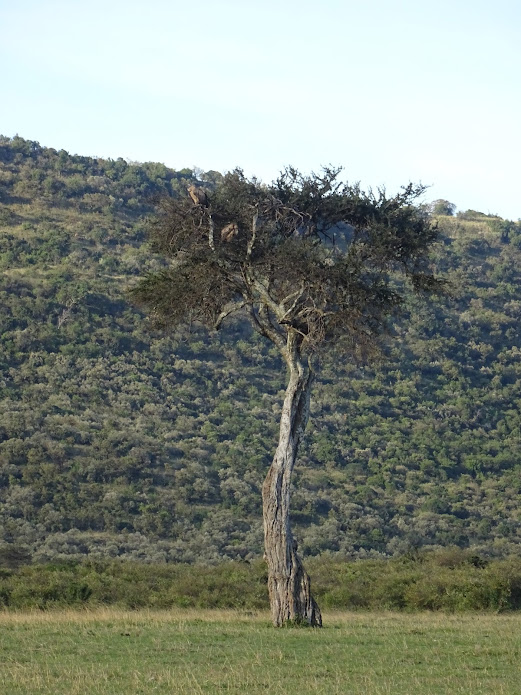 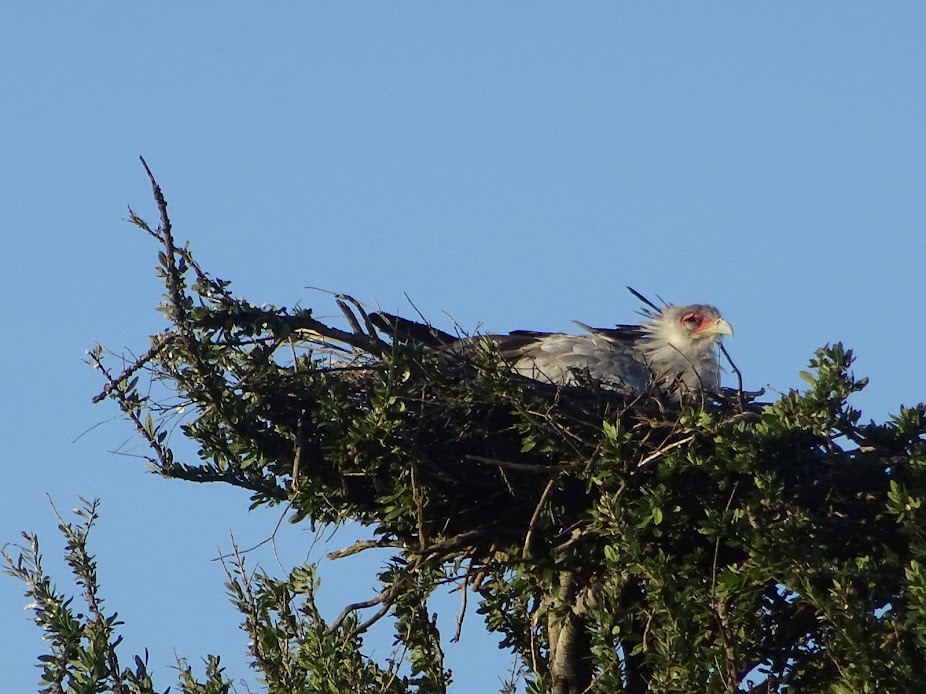 It was time to leave since the park closes at 6:30, and a beautiful sunset was framing yet another unforgettable image behind us. 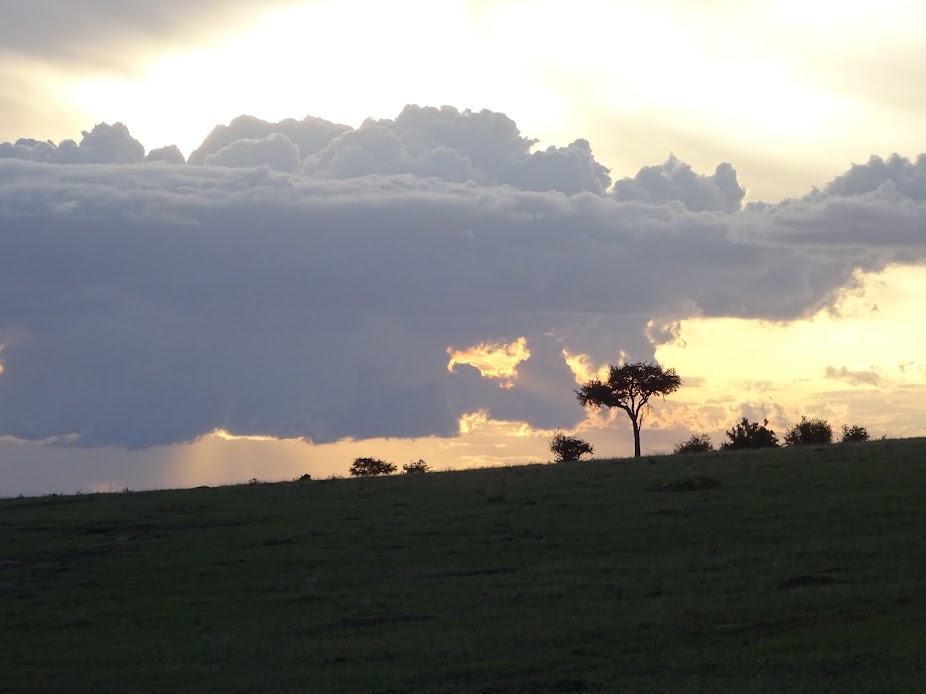 We had dinner at the camp, and went to sleep around 10pm, as the day after we would spend the full day in the park, entering at 7am. Went to sleep is not the truth though, since we couldn’t fall asleep thinking of everything we had witnessed. Margarida had an uncomfortable mattress, and I woke up with dogs barking at 3am. It was a mostly sleepless night!

With such an amazing preview in just an hour and a half, we had very high expectations for the full day in the park, and they were surpassed!

On Wednesday we drove deep into the park, which is huge. At some point I asked how far the park stretched in the direction we were going, and Patrick answered 120km!

The whole morning was spent on the way to the Mara river, known for it’s crocodiles and hippos. We saw large herds of the common animals in the park: gazzeles, buffalos, zebras, topis, wildebeest, as well as warthogs, vultures, hienas in the morning, jackals and a few types of colourful birds. The highlights of the morning was stopping to watch lions walking right next to our van, as well as a cheetah in the distance, and a leopard feeding on a very fresh prey. 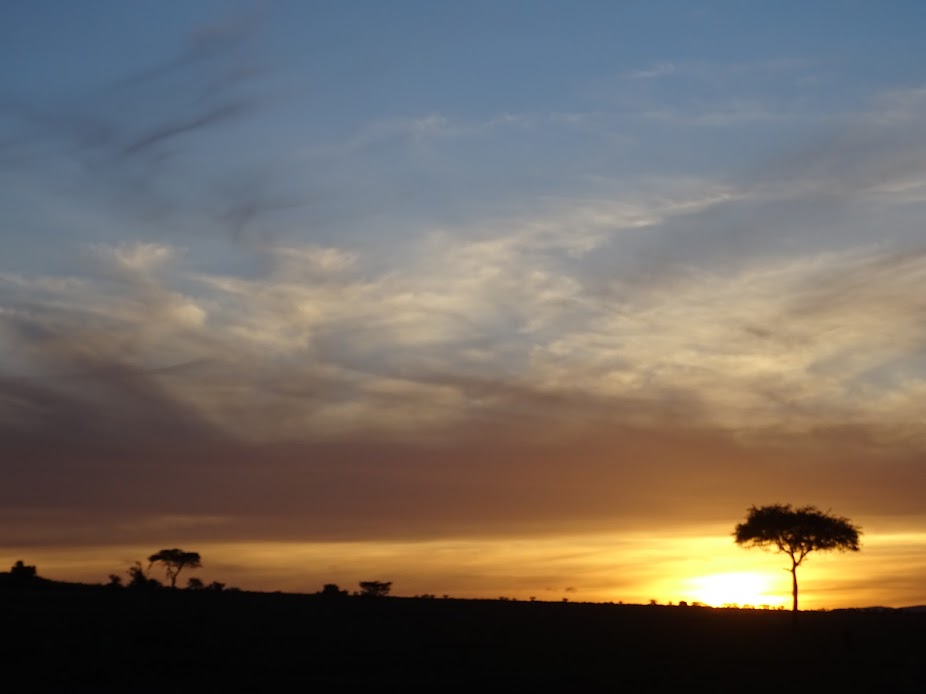 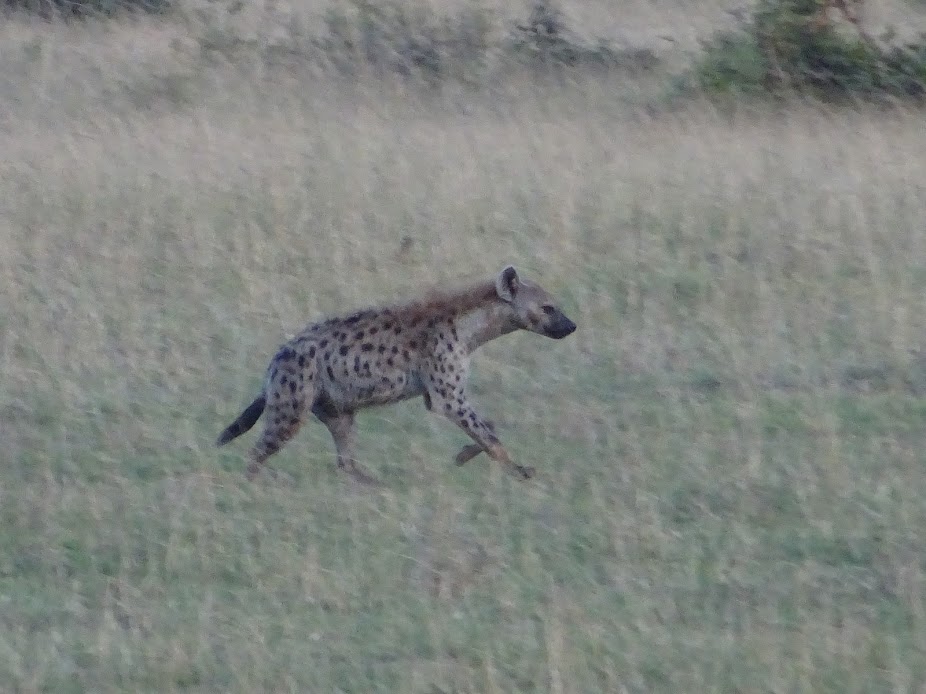 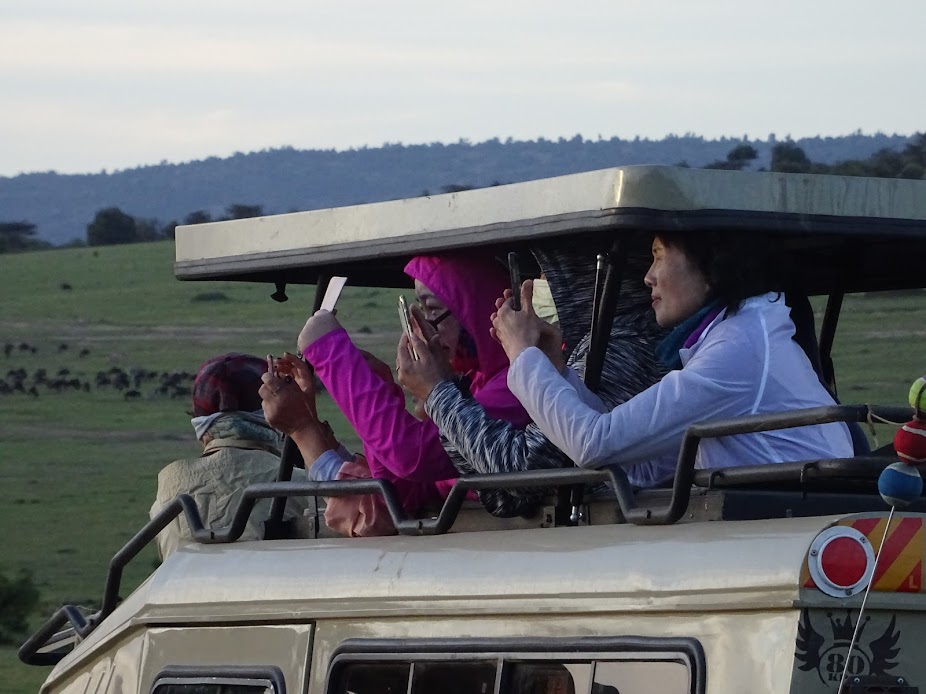 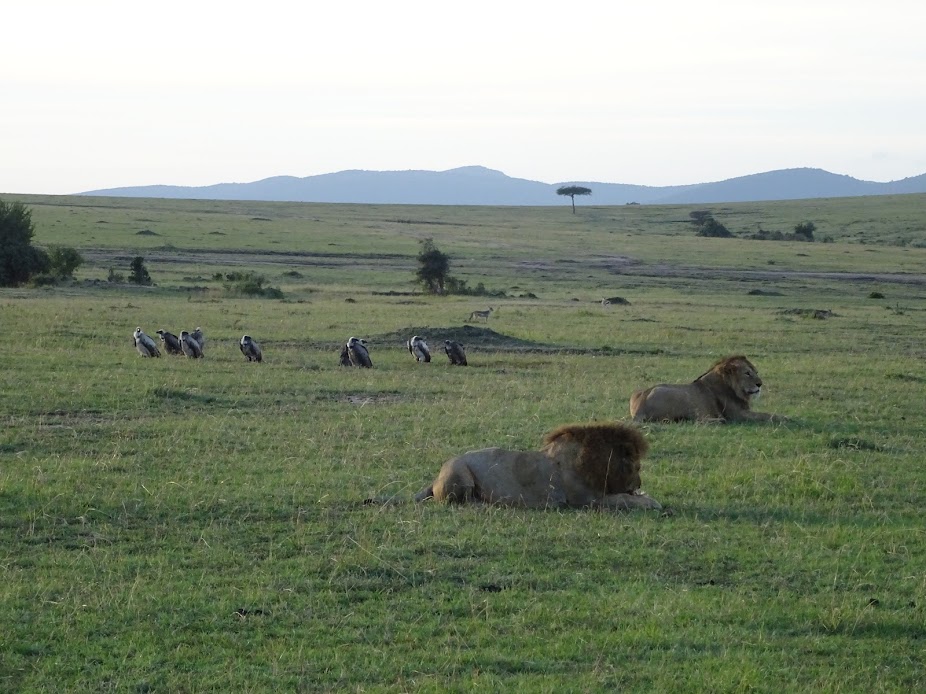 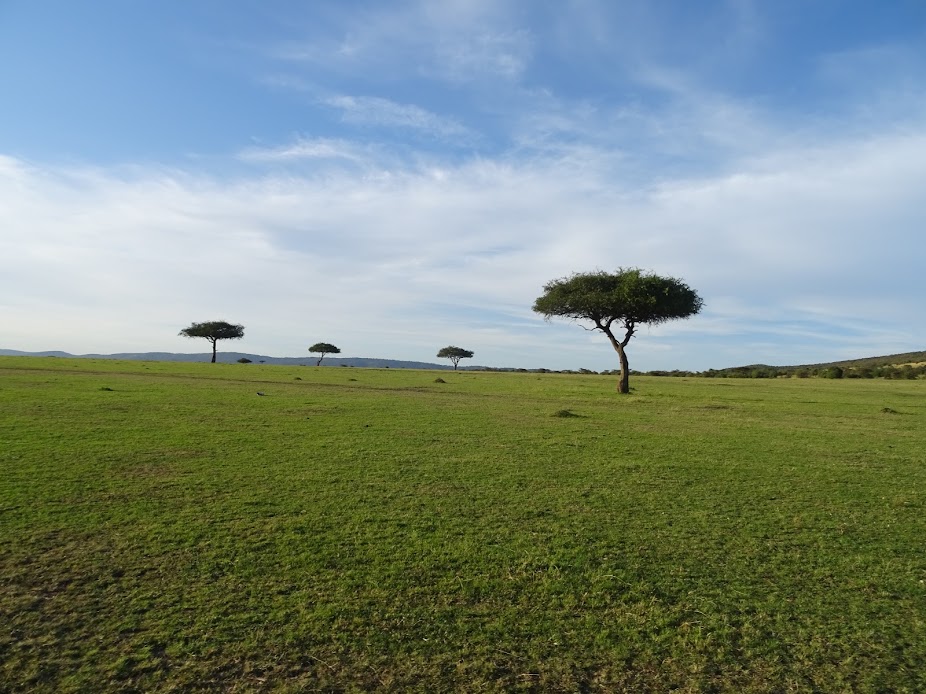 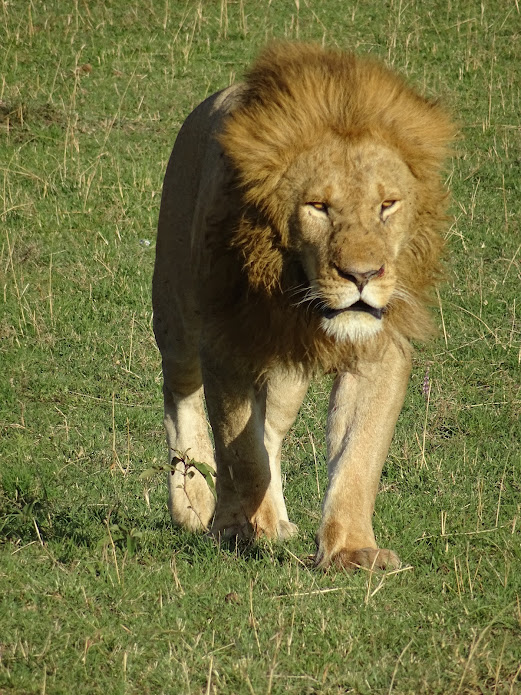 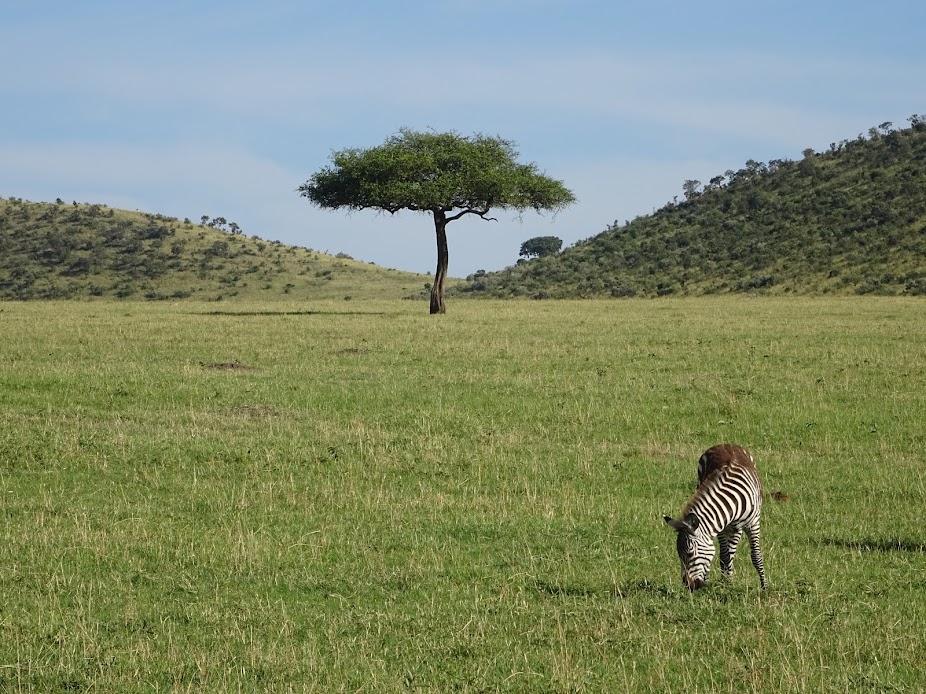 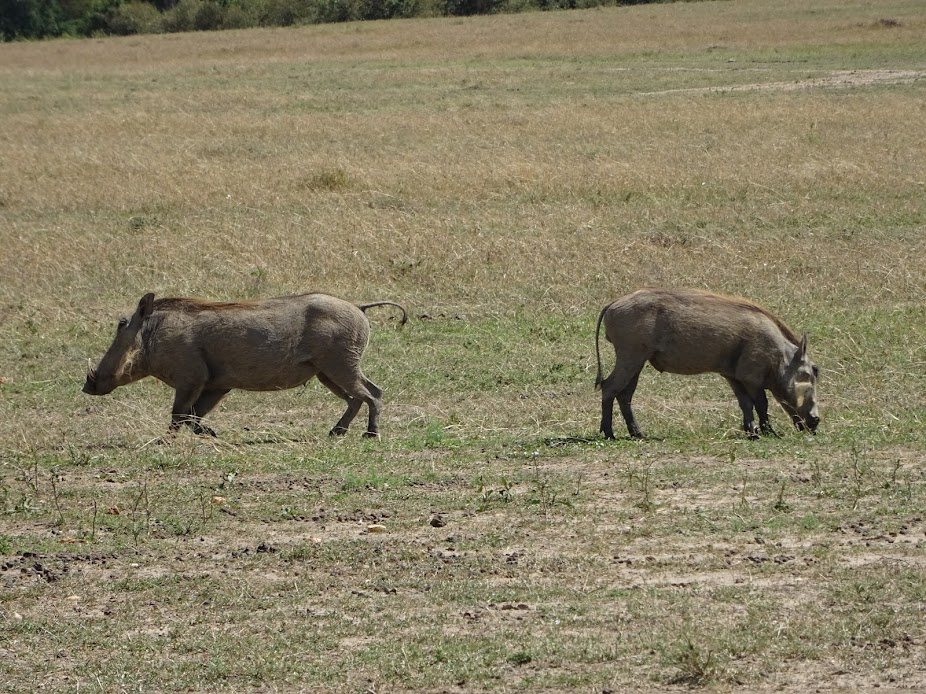 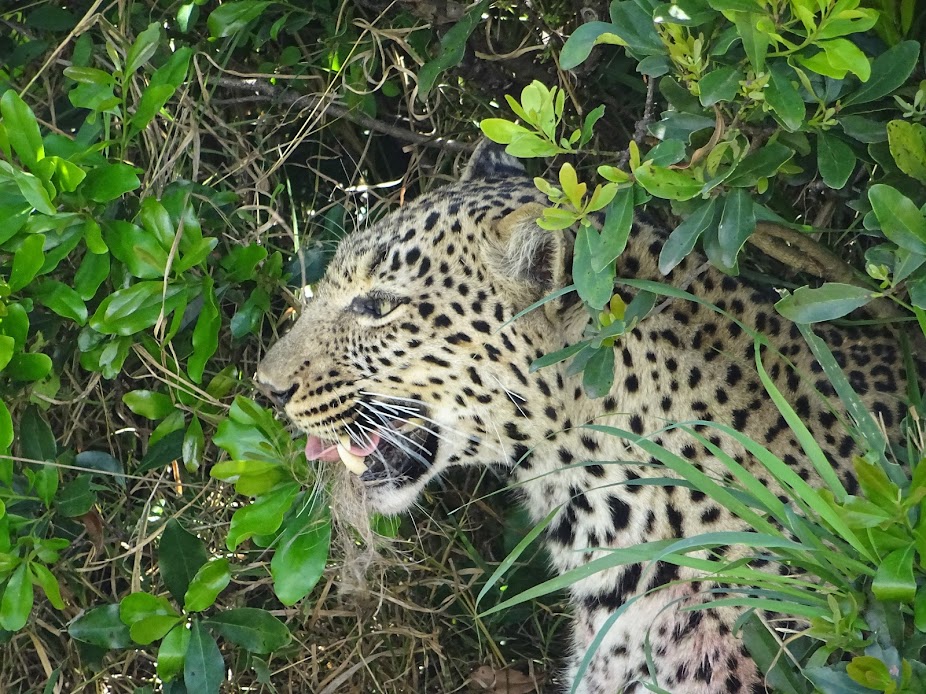 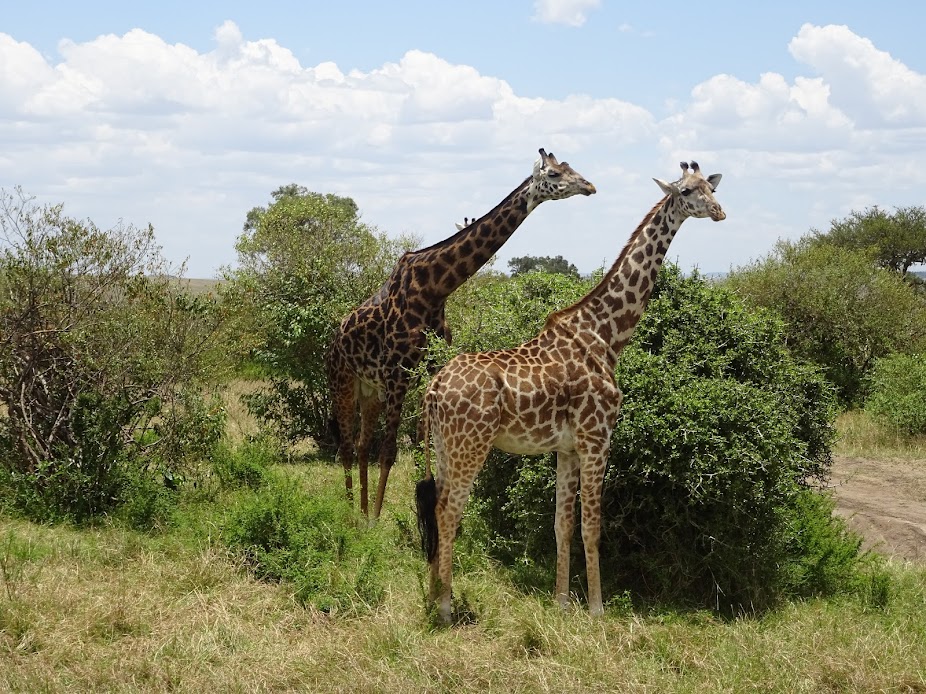 We had lunch next to the river, where we saw the resident crocodiles and hippos. It is a strange feeling walking out of the van with no fences to separate you from the animals, but our guide checked around and made us feel safe. In the morning we had already walked out once to go to the “bush toilet” :). 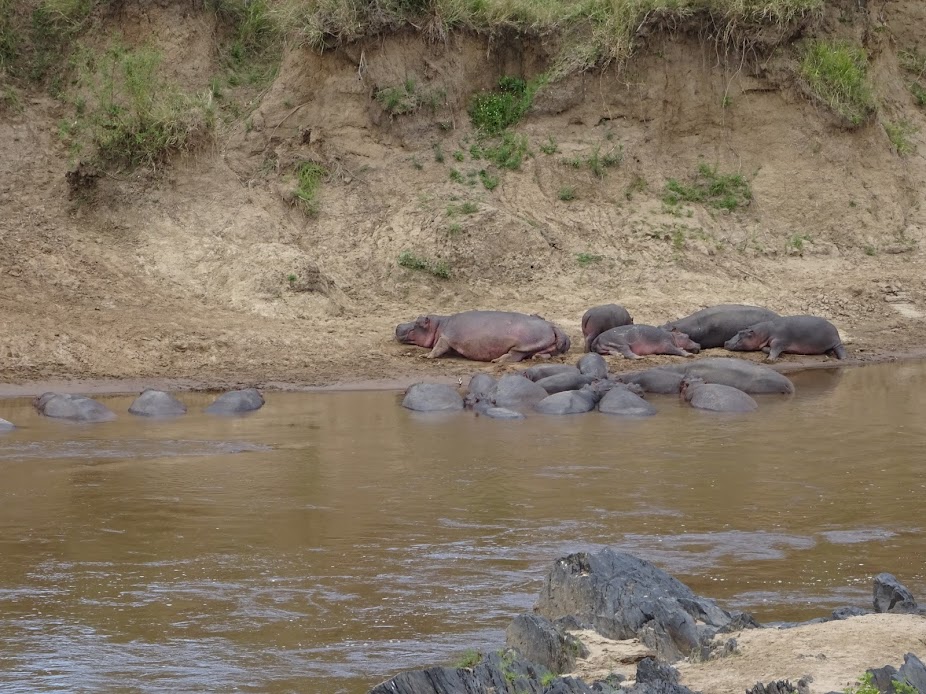 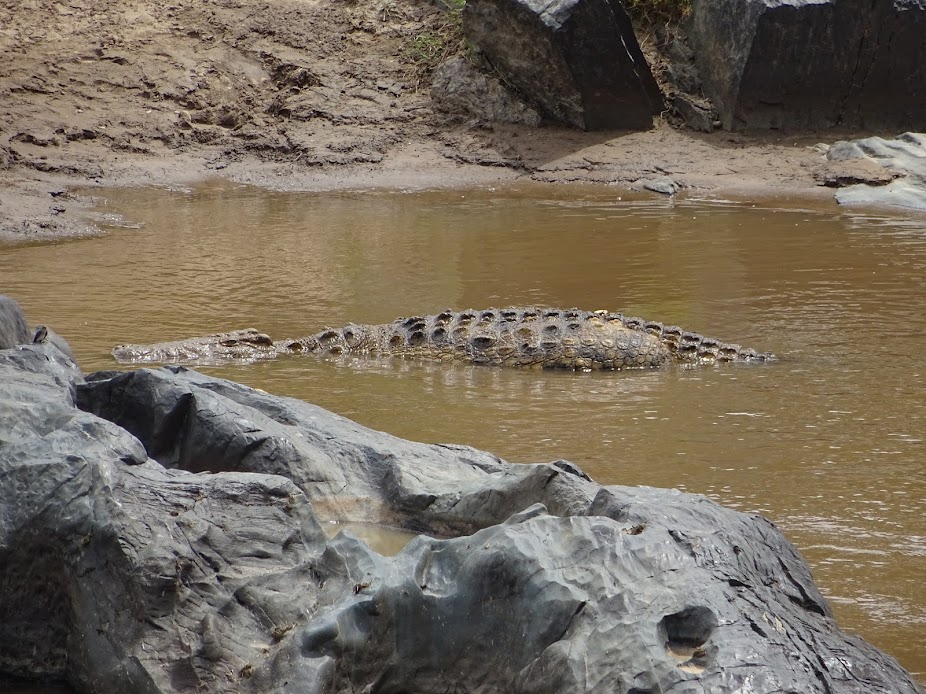 After lunch we started driving back, and the highlight of the afternoon was meeting a group of elephants on the road, so we were extremely close to them. Staying there watching them eat, with no other sound since Patrick told us to be quiet, was breathtaking. In those cases he would also shut off the engine and the radio. 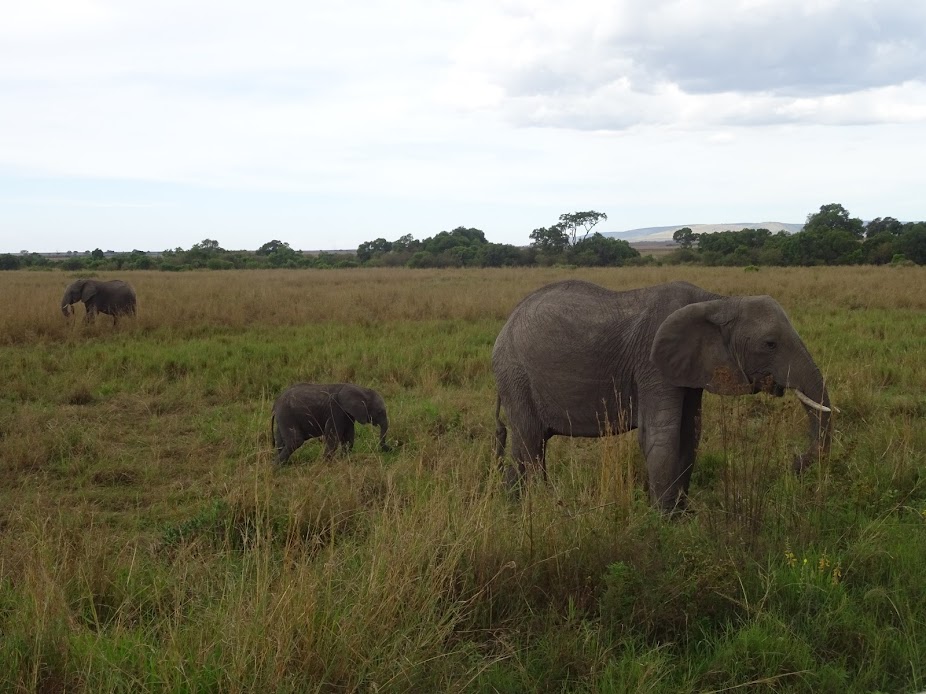 By then, watching giraffes was common, and we would only stop when the animals were close, or when we asked Patrick to stop. Finding very young animals was a common reason for stopping, as well as nice picture of the landscape. We also saw a few more lions, and we would always stop for them. 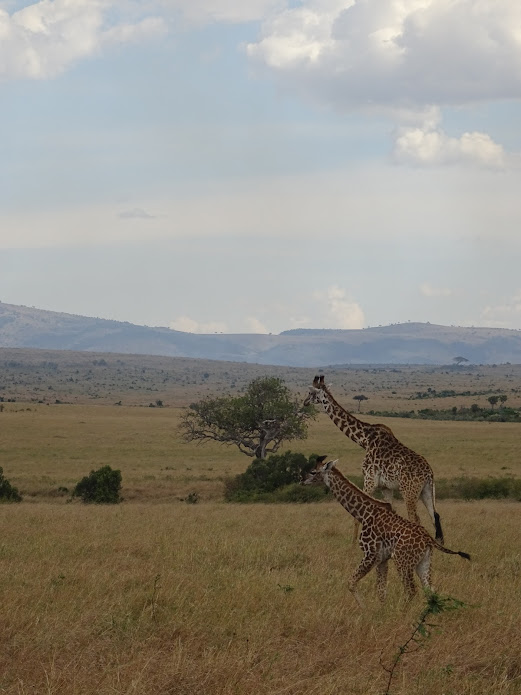 We left the park around 17pm that day, and Margarida visited a Maasai village with a few others, to learn about the ways of the native population of this area. I stayed in the camp with a headache from all the bumpy roads. We went to sleep early after dinner as the next day would be again an early rise with breakfast at 5:45. 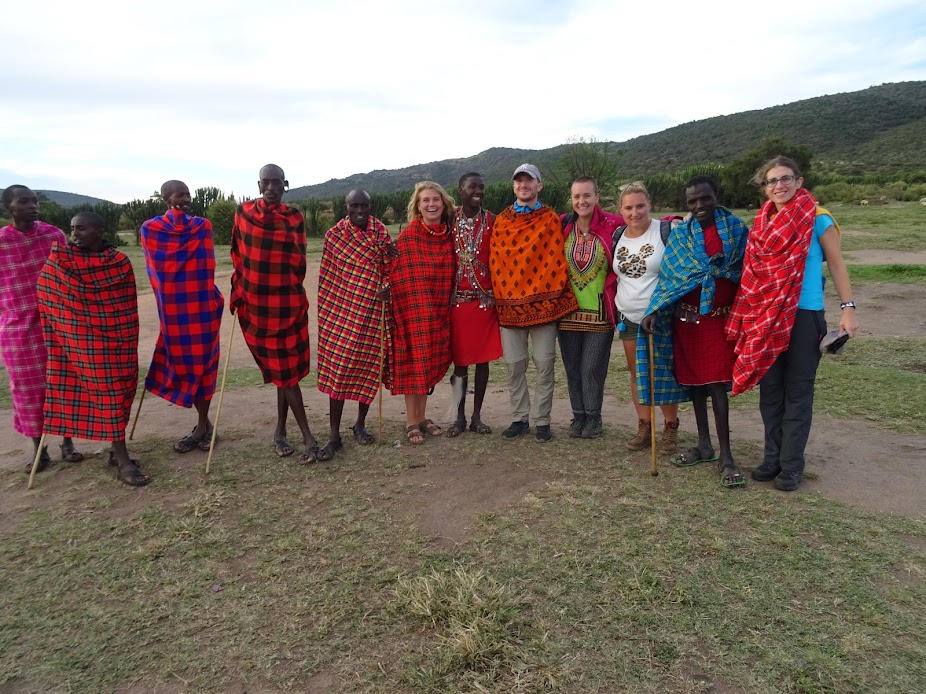 This time we both slept much better as we were so exhausted!

On Thursday we made our way to the park slightly before 7am, just in time for a beautiful sunrise. It would be a short game drive as we had to head back to Nairobi. We didn’t see any cats, but we were lucky to spend some time with the beautiful African elephants, and say goodbye to many of the other species present in the Mara. 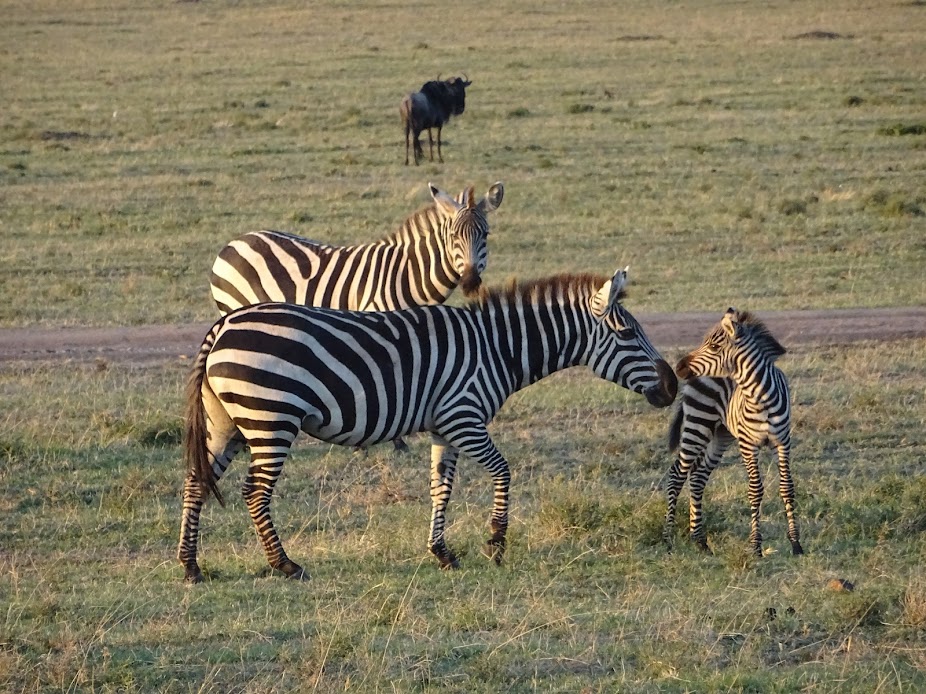 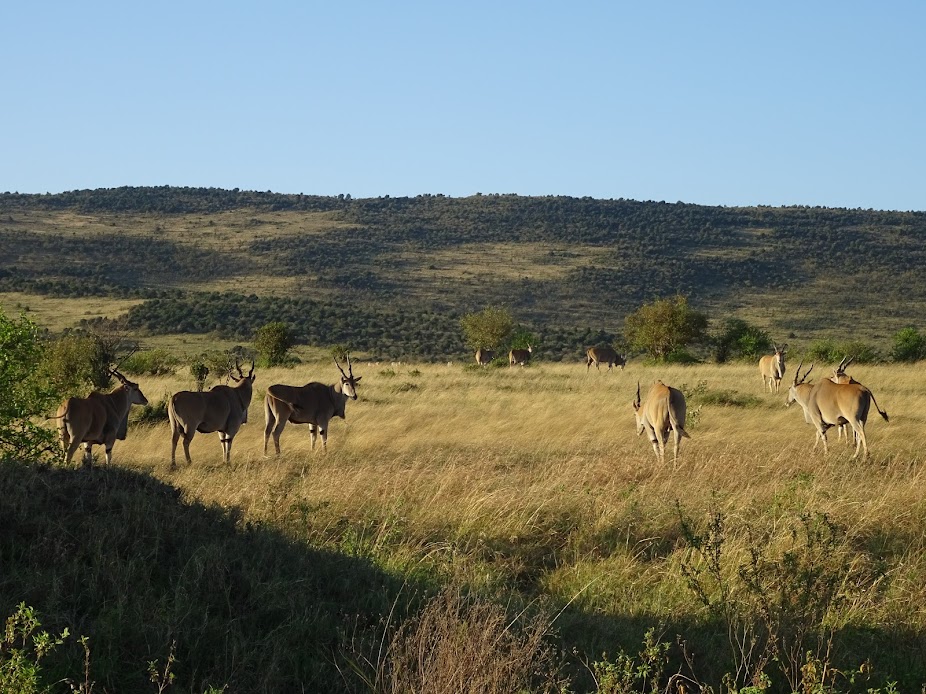 Driving all the way back to Nairobi gave us plenty of time to remember everything we had just experienced. It was truly unforgettable, and an experience we would recommend to everyone. In the next few days we will also have the chance to do game-drives on the neighbouring parks of Serengeti and Ngorongoro crater, but no matter what we see we won’t forget our first Safari.