Landing in Africa is landing in another continent, but also much more than that. Landing in Africa is an adventure in itself. We arrived at 4am at the Jomo Kenyatta International Airport and at 8am to the hotel, after taking an Uber that we hadn’t planned for since we had a transfer arranged for us. No one showed up with our names on a sheet of paper, but trying to find our driver was a fun experience!

We managed to check-in to the hotel shortly after we arrived, and we tried to sleep the rest of the morning before starting to roam the streets of Nairobi.

Crossing streets in Nairobi is another adventure. Fortunately for the first walk through the city we had the help of a guide. The traffic is terrible, as well as the air pollution. Old cars, buses (called “matatus”) that spit smoke clouds, no markings on the streets, and a huge number of people walking and driving, bring a large challenge to the pedestrians, but I think if I was driving I would have the most difficulties! Accidents seem about to happen constantly, but as by some divine grace, everything flows… 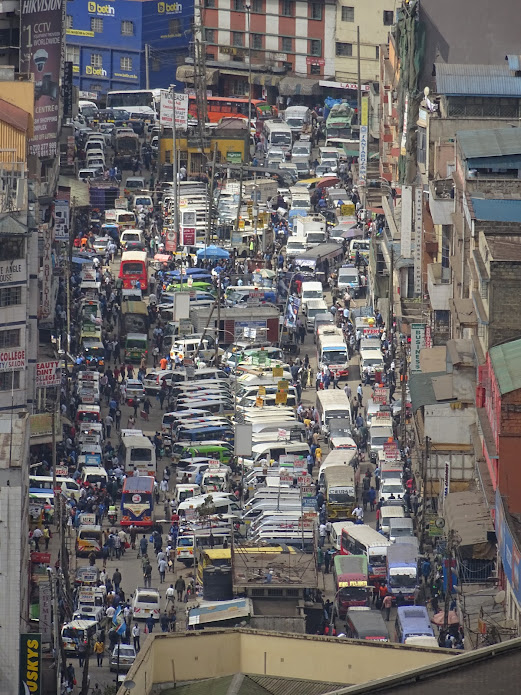 In this city, to find zebra crossings is almost impossible, and as the saying goes, “when in Rome, do as the romans do”, so we have to watch and learn.

That learning process comes to looking for the moments where the cars are stalled in traffic and cross between them. But then the motorbikes require even more attention, because they drive between the cars as well!

In the middle of all this crowd, there are always lots of people going everywhere. And it is rare to come across another white person, which shows there isn’t much tourism around here… I think the Safaris probably show another story!

The first stop was Kenyatta International Convention Center (KICC), because we had asked the guide where could we see the city from a high point, and he took us there. We weren’t expecting the 500 KES (approximately 5€) per person entry fee, but they were well spent. Reidents don’t pay to enter, which is very fair. 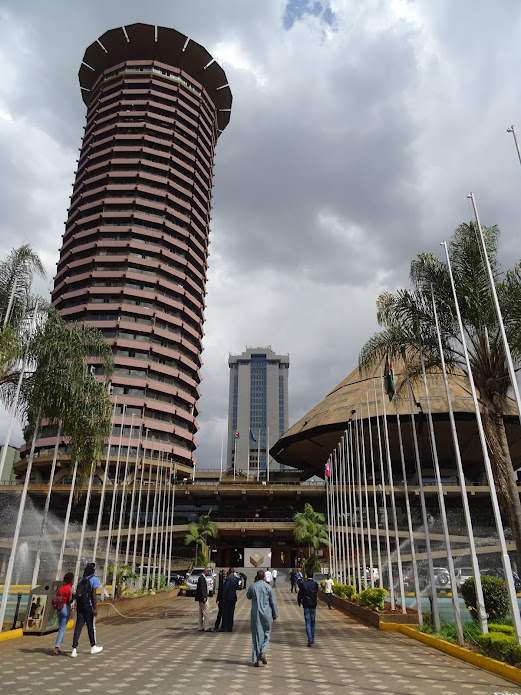 At the top of this conference center, considered one of the best in Africa and built in 1973, it is possible to see the city very well, and part of the surroundings. Mount Kenya, the highest mountain in Kenya is visible at the distance. We can also see the new town, where many new high-rise buildings are being built. The old town, where the center is located has a few parks, hotels, and further away the airport is visible, as well as Nairobi National Park and the Karuru forest that is a large green area. The Kibera Slum, 5km from the city center is the biggest in Africa, but is not visible from the top of the 29 floors of the KICC since it is located behind the high-rises of the new town. 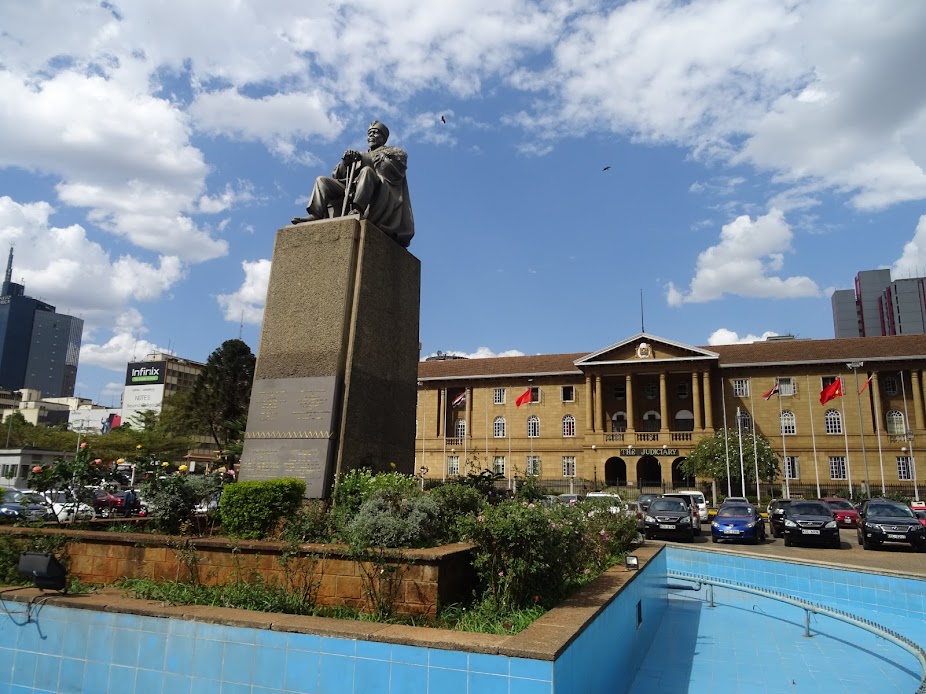 For the rest of the afternoon, we visited one of the parks on the west side of the city center, the catholic cathedral and we passed next to other important buildings such as the Tribunal and Parliment.

It is remarkable that for an African city, Nairobi is quite clean, which we noted right from the airport. There has been a great effort from the government to make it so. One of the main actions taken was to ban the use of plastic bags, and to severely punish, with up to 3 years in jail, those who use them. And it seems to have the intended effect. It is not up to European standards of cleanliness, but I was quite impressed. We even walked past small containers on the sidewalk for different types of waste disposal. Also, throughout the city you can find educative messages for those passing by, for example in viaducts “pay attention to street signs”, “do not overload your vehicle” as well as in garden benches “I refuse to just sit here, I will make a change”, and on the waist containers themselves “take care of the environment”. 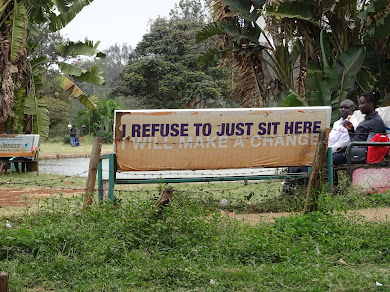 Another thing that we were really surprised with was the presence of very large birds, that looked to us like vultures (but we don’t know what they are) in trees in most areas of the city. But they are really big! We also saw some very colorful birds on our way to the city from the airport. Further to the 3 million people living in Nairobi, there is still some biodiversity. 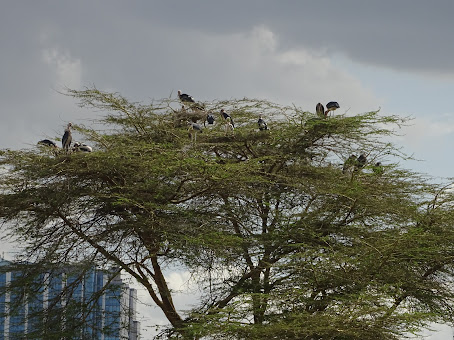 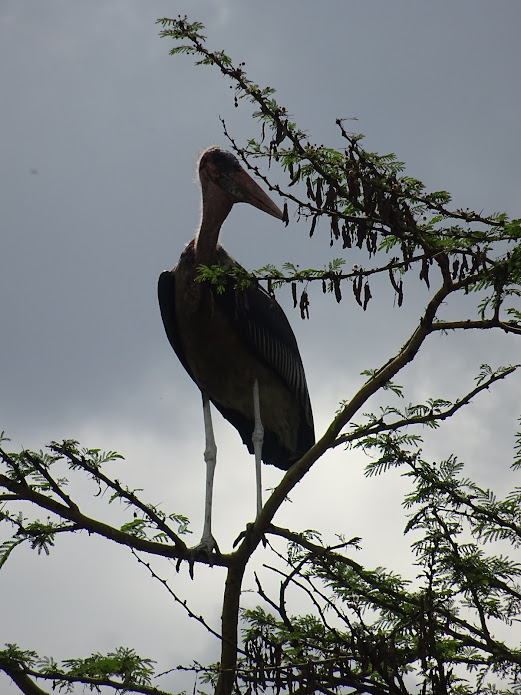 Our next stop will be Masai Mara, our first safari. We look forward to it!